An 18-year-old cat was simply abandoned outside the shelter with a very sad note. When the staff members arrived in the morning, they found the cat in a crate and immediately went on a mission to help her find a new home.

The staff at the Walter M. Crowe Animal Shelter in South Carolina were shocked to find that the 18-year-old cat Tori was waiting in a crate by the door and that a note had been attached to the crate. Her previous owners were not able to keep her so surrendered her at the shelter during after hours.

The note they found states that Tori has a lot of trouble using the litter box and has a toenail which was overgrown. The owner has a newborn baby of her own and was no longer able to take care of Tori.

Many senior cats like Tori face an uncertain fate when they are surrendered to shelters at that age. The staff at the Walter M. Crowe Animal Shelter were determined to find this old kitty a new forever home which she so deserved.

“She is very sweet and just like every other animal in this shelter we will do everything we can to help her. But being a shelter we can only do so much. We are hopeful that some one will step up to help this baby,” the shelter wrote on Facebook. 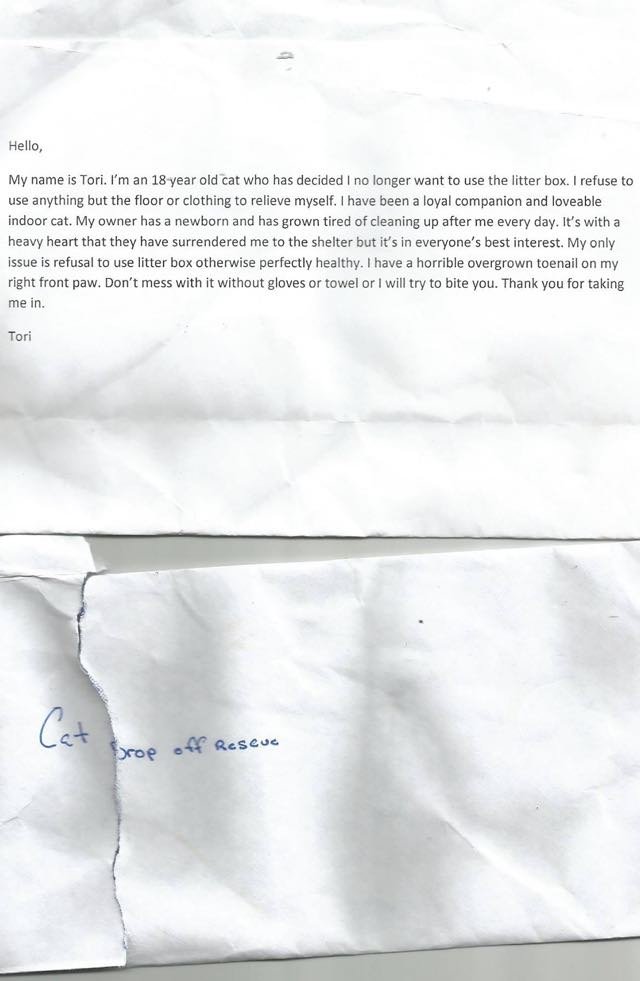 “AFTER TAKING HER TO THE VET AND GETTING 3 EMBEDDED TOE NAILS OUT OF HER PAW SHE SEEMS TO BE FEELING MUCH BETTER! THE NAILS HAD GROWN FOR SO LONG THAT THEY HAD CURLED BACK IN TO HER PAW PAD. SHE IS CURRENTLY ON AN ANTIBIOTIC AND HAS BEEN UPDATED ON ALL HER VACCINES.” 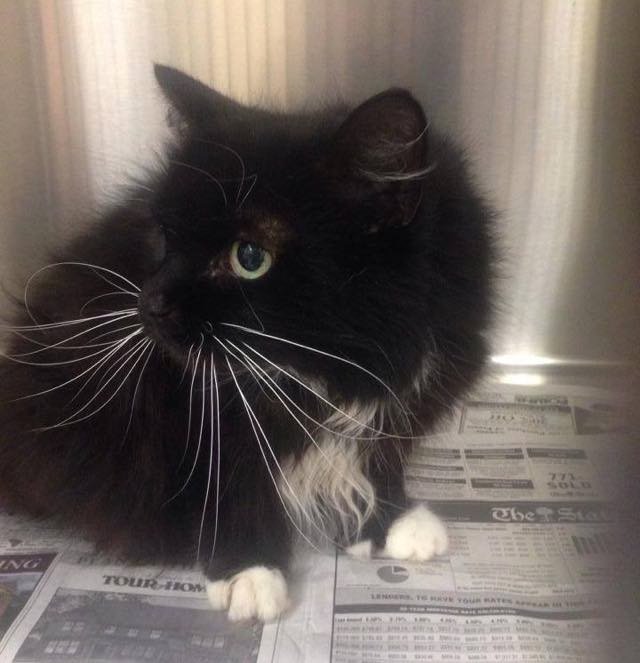 After they posted Tori’s story on Facebook, many admirers had shown interest in adopting her. 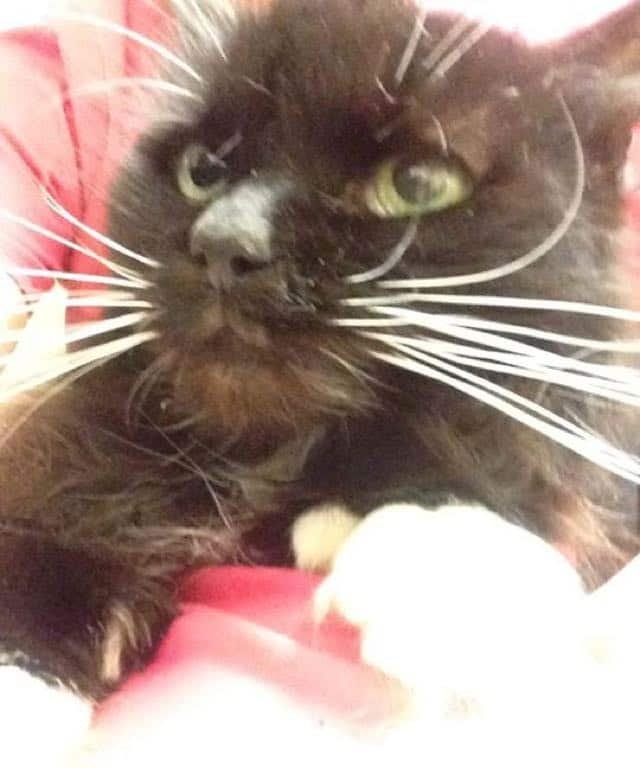 It wasn’t long before Tori was adopted by a man by the name of Dan. 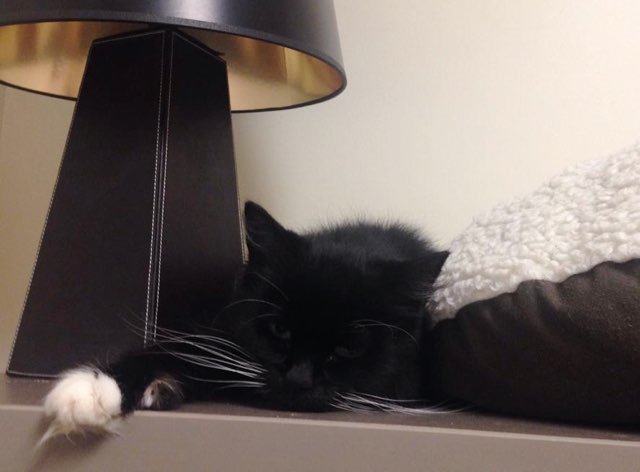 Dan later sent this note: “We are so happy to tell you that Tori has used her littler box 3 times! She seems to be much happier this morning!”