As you surely know, cats can come in different shapes, sizes and patterns. You can get a kitty in one color and you don’t expect it to change as it grows. However, that’s not the case with Scrappy, a cute cat which was adopted as a black cat in 1997, but later changed his color pattern. 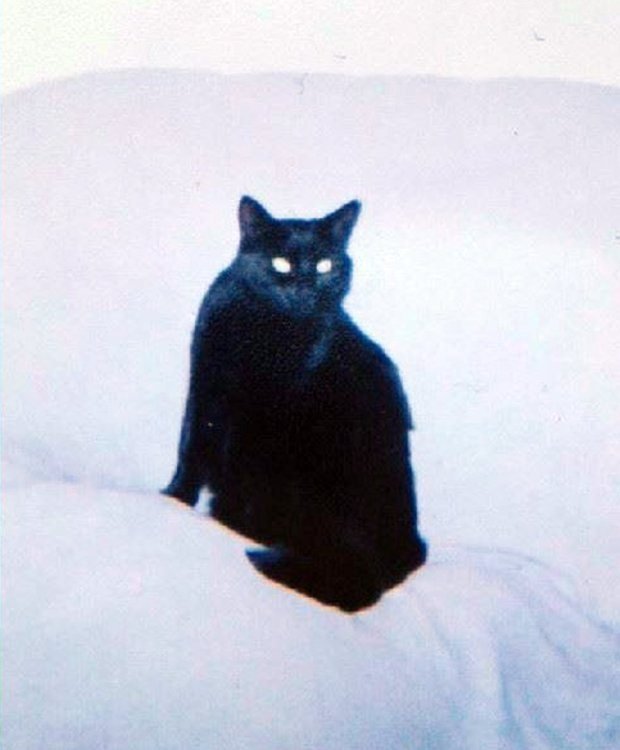 David Platt took the kitten home 20 years ago and as it grew, his fur began to change. 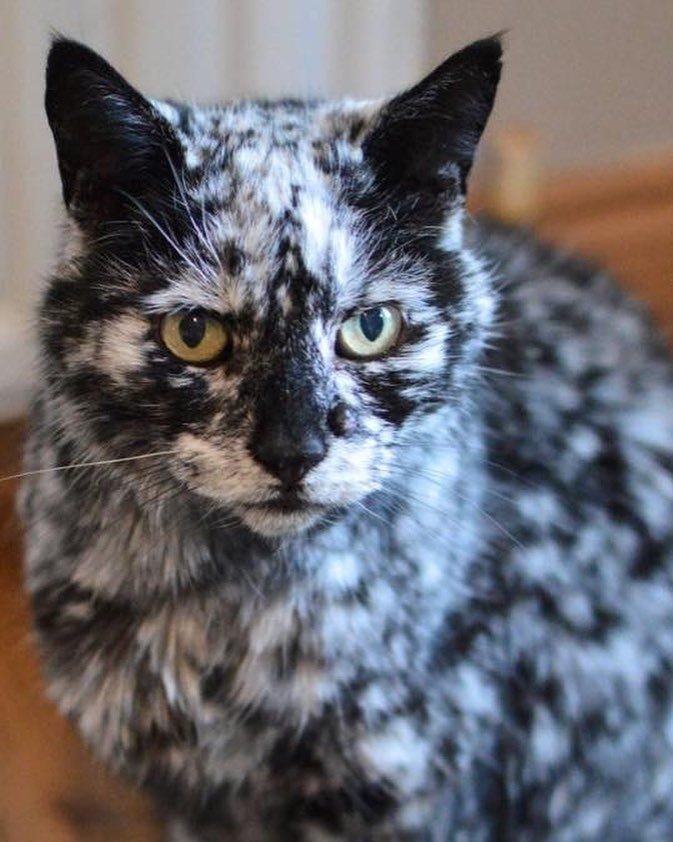 After disappearing one day, David’s mom searched all the neighborhood for Scrappy and finally found him, but not like she expected. She called David to say that a white patch appeared on the cat’s head. They went to a vet and he said that this was only the first step to a great transformation. The white patches started appearing all over Scrappy’s fur and he eventually became a salt and pepper feline! 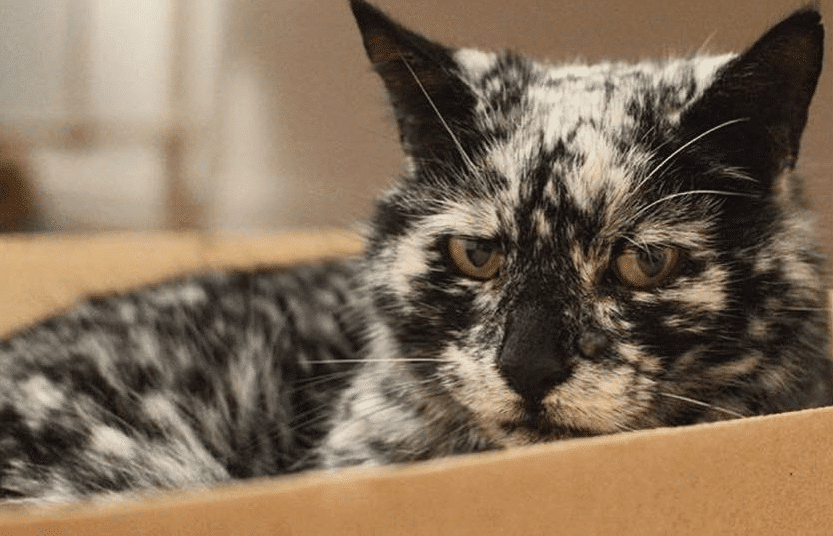 According to the vets, Scrappy suffered from vitiligo, a rare genetic disorder where the body loses pigments and generally affects the areas around the hair and eyes. Only 1% of humans suffer from this condition. Science has yet to find a cause or cure for vitiligo. There are a few treatments, but none of them is really effective. The condition usually affects people aged 20-30. Below you can see a picture of Winnie Harlow, a successful model suffering from vitiligo who has truly embraced her condition. 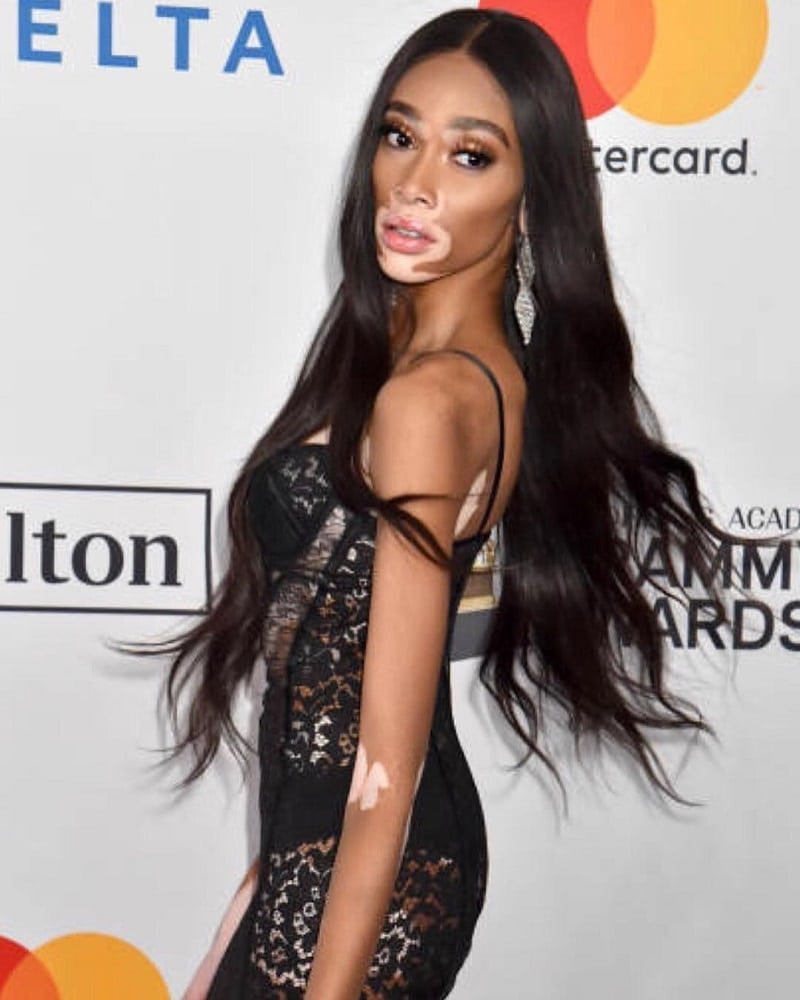 Scrappy lived a long and happy life and he became a bit grumpy later, which is normal for a cat of 20 years. He posed for David’s camera many times and he looked absolutely stunning every time. 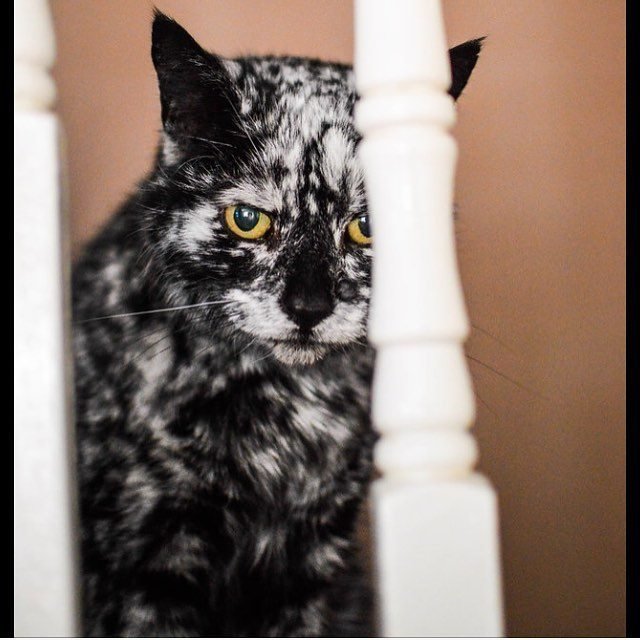 Scrappy wasn’t really friendly with other cats – he was named Scrappy due to his habit of getting into scraps with other cats. However, despite being feisty, he loved cuddling with his owner. According to his mom, David was the only one allowed to rub Scrappy’s belly. 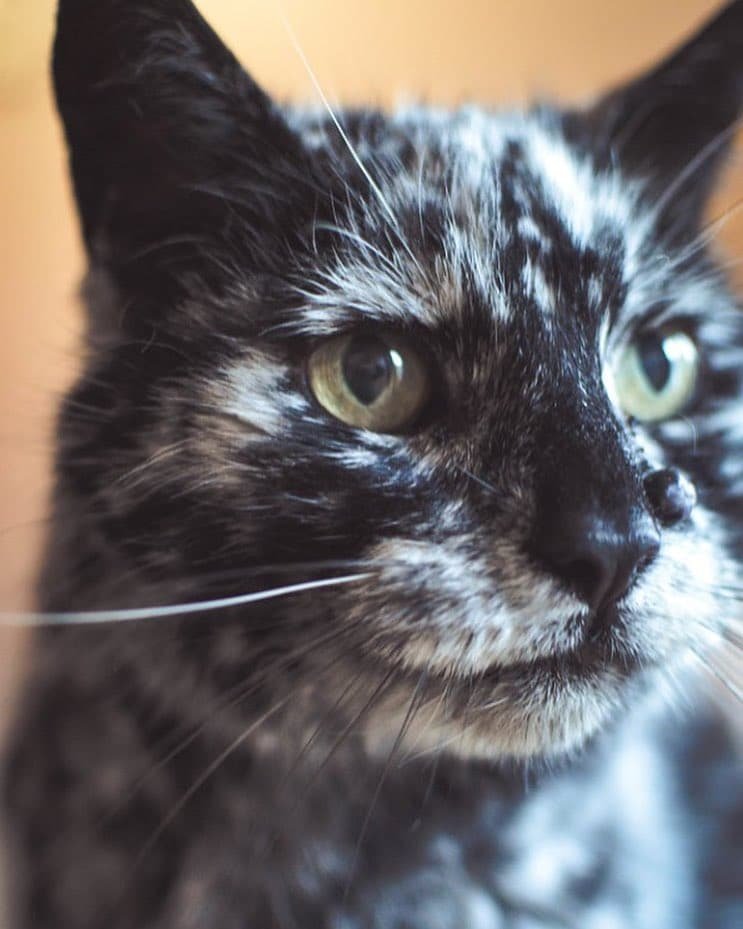 Scrappy’s condition didn’t really affect him – he acted like a normal cat his whole life. 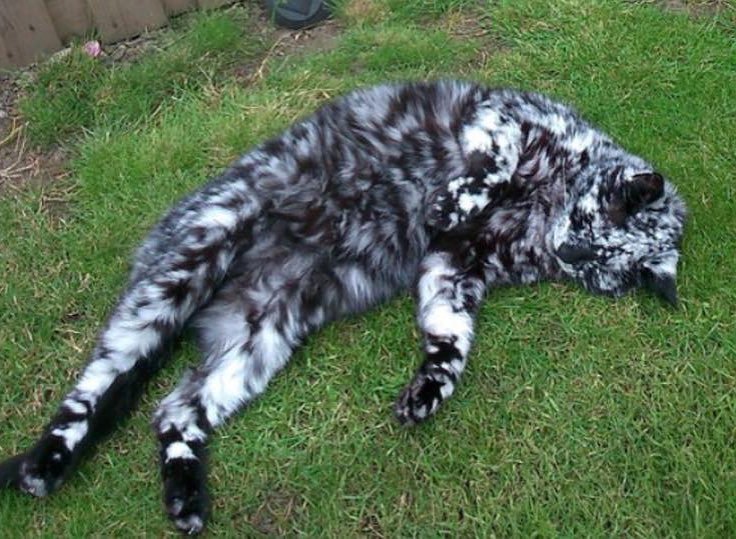 Before passing away, David set up an Instagram account for his cat, which quickly gained nearly 200 000 followers. 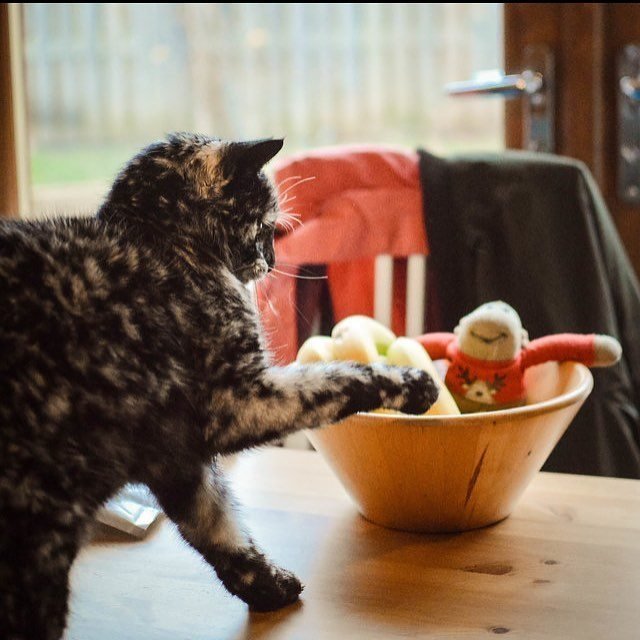 Scrappy died after 20 years and David says that he was happy to share his life with such a unique cat. 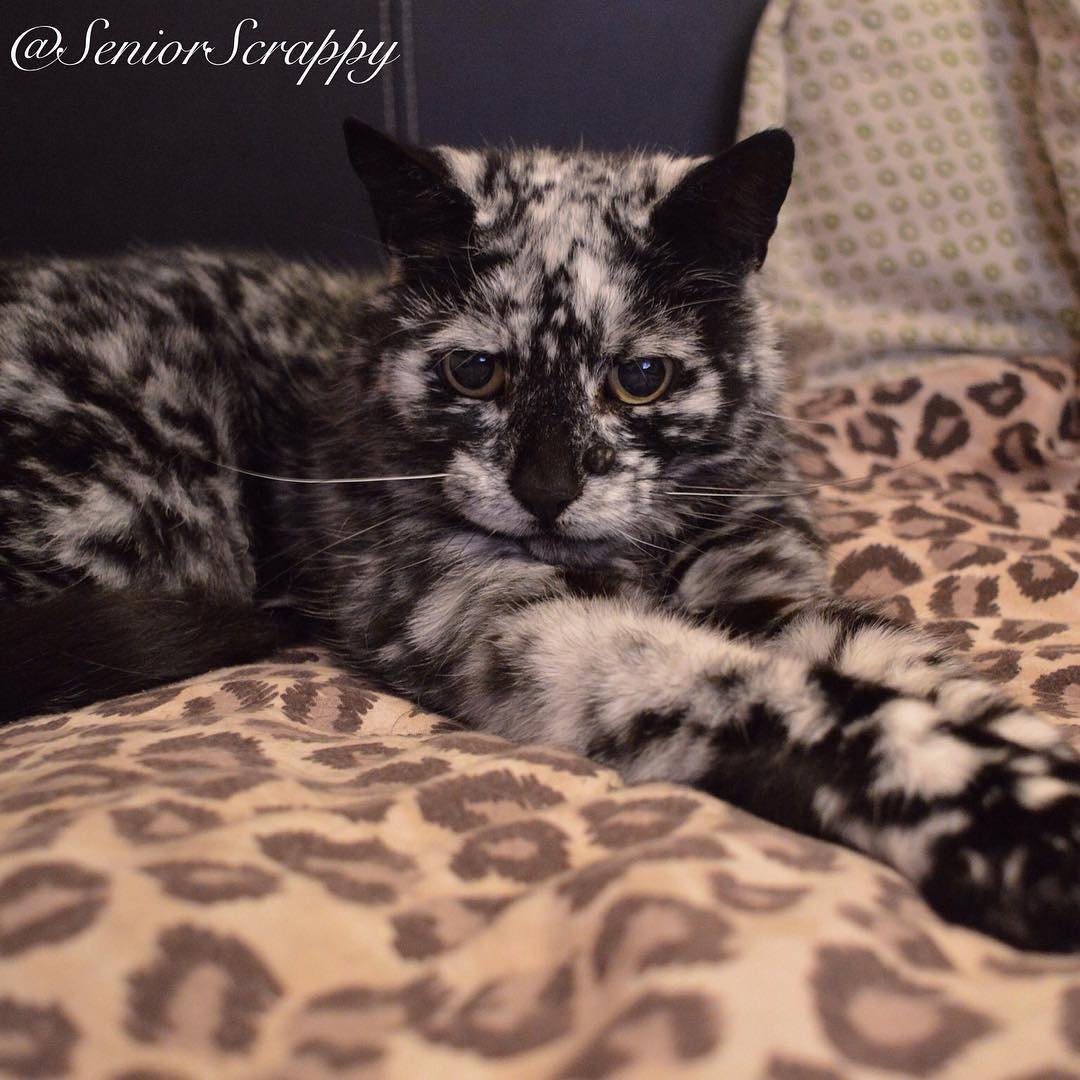