When we get up in the morning for work, the majority of us doesn’t go and play with a bunch of giant cats. Our daily routine includes coffee and breakfast and prepping up for work, but some people have more exciting mornings than the rest of us. People at animal shelters and sanctuaries spend hours nurturing different animals and it’s pretty fun if you ask us. However, it can also be devastating as there are too many stories of neglected animals which have gone through a lot in their life. 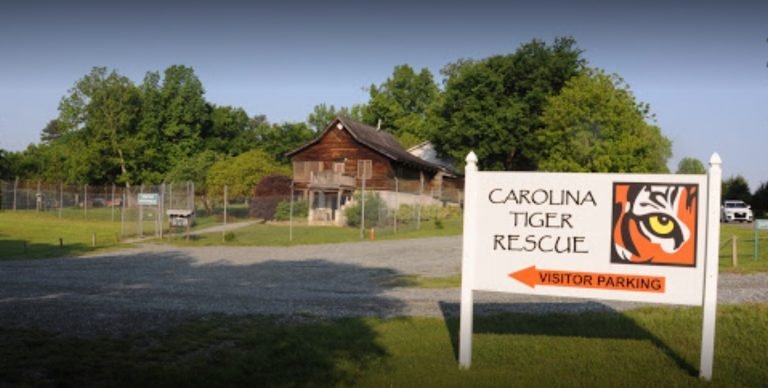 The Carolina Tiger Institute from North Carolina is a sanctuary for wild cats including jaguars, ocelots and tigers. 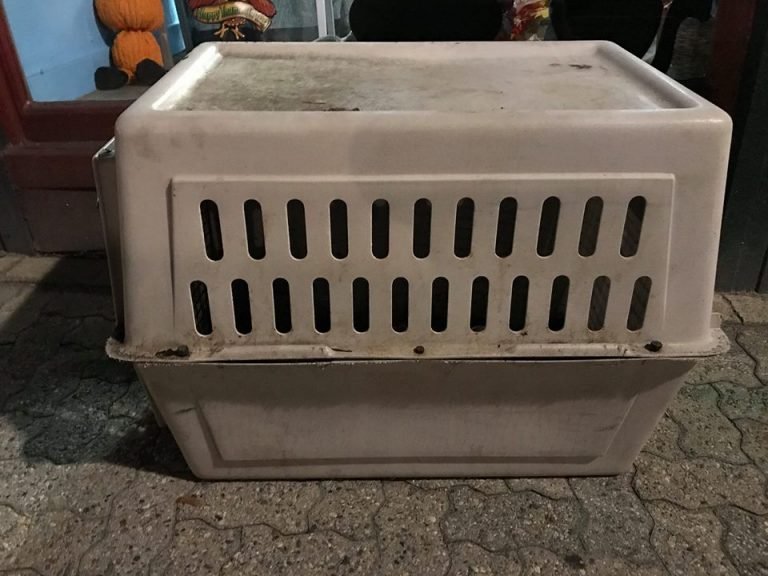 Thanks to the great variety of giant felines, the staff there thought they’ve seen it all until one day in 2009. On that day, the sanctuary received a bizarre phone call. The caller told the staff that his friend had a cat he could no longer take care of – the animal became too aggressive, and the workers were called to take it away. The caller and his friend were prepared for a sizeable donation just to get the animal to the sanctuary. 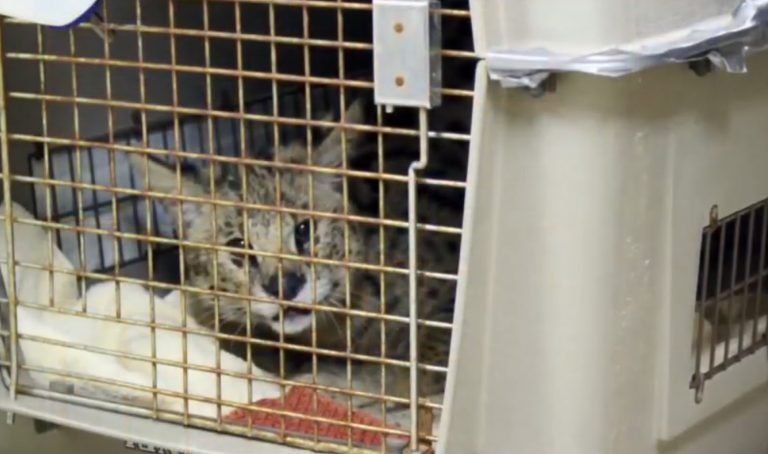 Sadly, the Tiger Institute just had two new tigers and they weren’t prepared for another big feline. They declined the donation and refused to take the cat, until they saw a package on their front door one morning. 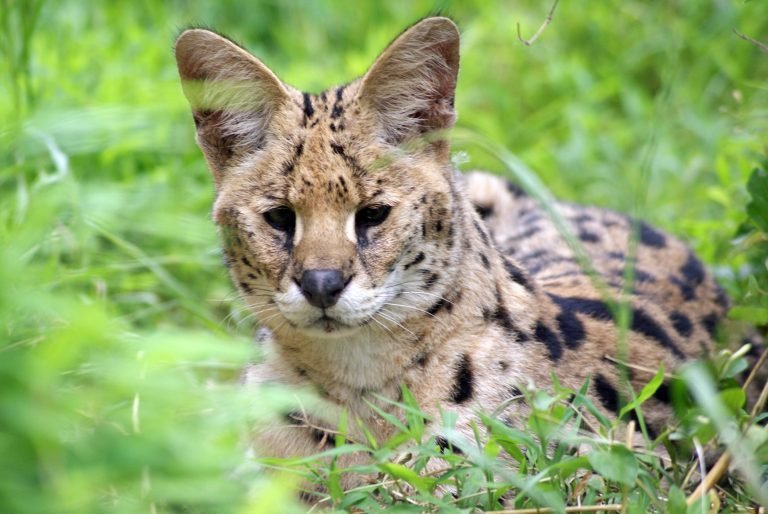 The crate had a note on it which explained the situation and said “Love me tender, Elvis.” When the staff opened the crate, they were shocked to see a wild cerval who was in a pretty bad shape. These cats are native to Africa and need a lot of ground to hunt, explore and swim, which means they’re not suitable for pets. The cerval was pretty aggressive due to the unhealthy conditions it grew in. Of course, the staff knew it wasn’t Elvis’ fault – it’s a wild cat with instincts that need to be nurtured. 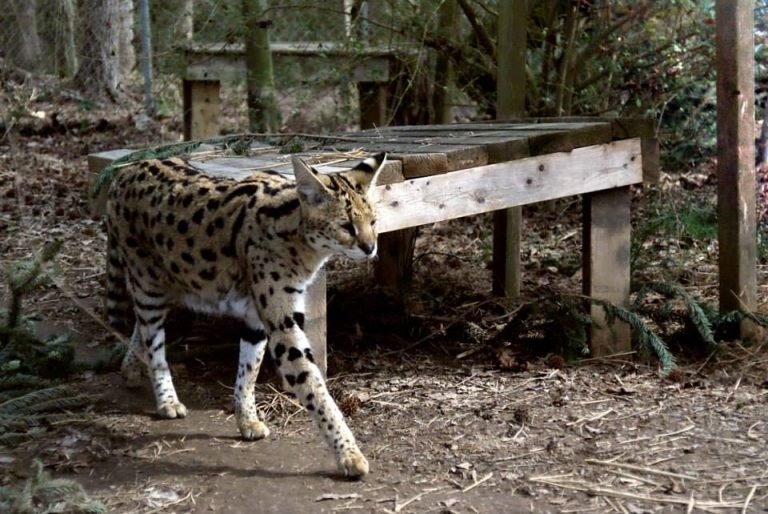 Once Elvis was released from the crate, the staff learned that he went through a lot. The wild cat immediately started walking in circles, which indicated he had been confined to the crate for quite a while. The collar on his neck was ingrown, so Elvis had to be sedated to get the collar out. 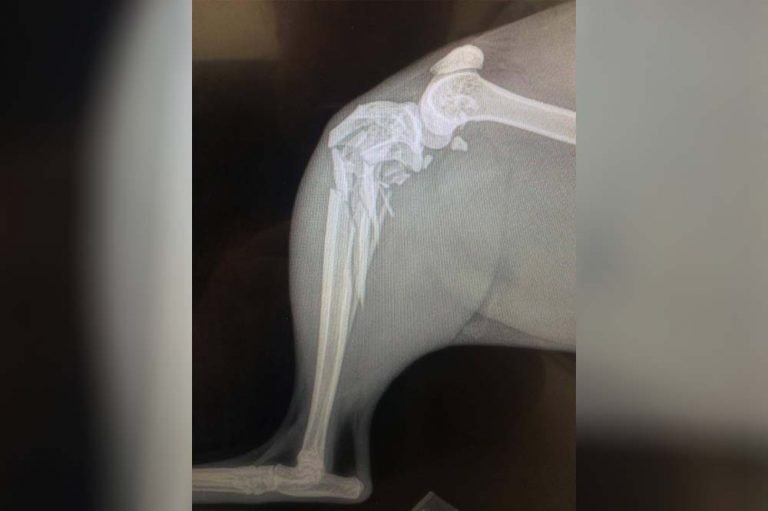 Elvis was not putting a lot of weight on one of his back legs as well, so after doing X-rays, the staff learned that the bone in his leg was broken on several occasions. 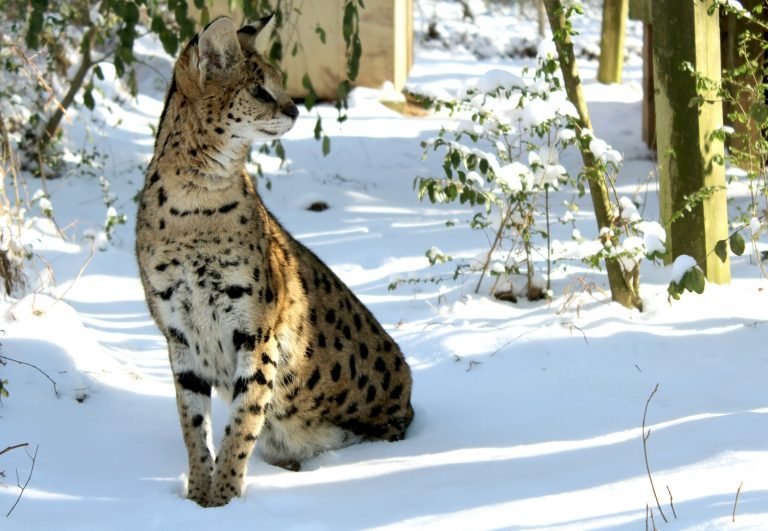 Sadly, the leg had to be amputated, but with proper care, Elvis healed quickly. 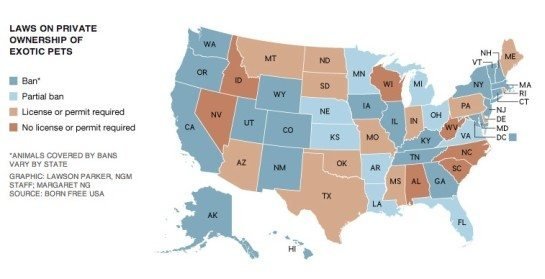 7 years later, Elvis is thriving on the premises of the Tiger Institute. The staff says that cervals are not meant to be pets. At the moment, 5 states in the USA allow keeping wild cats as pets, while exotic animals are banned in the other states. 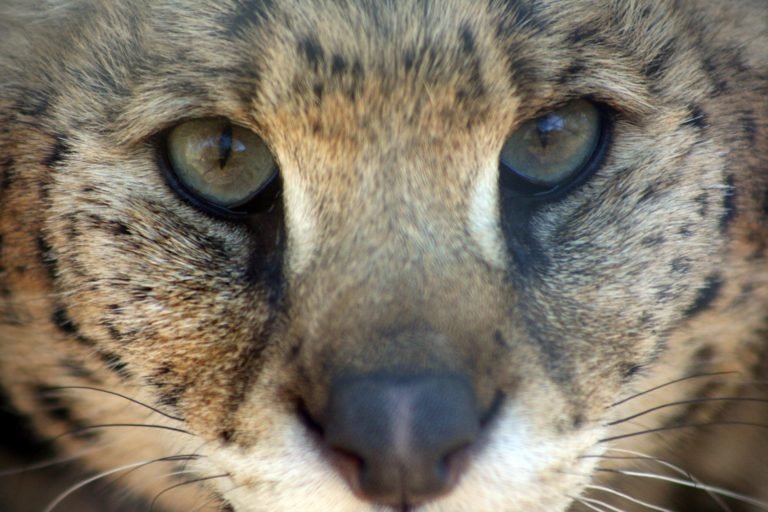 Most of the cervals at the Tiger Institute were kept as pets, which is sad as they need a lot of time to recuperate afterwards. Luckily, Elvis’ story had a happy end – even if the cat lost its leg, it is now enjoying life to the fullest in his new surroundings.