A rescue organization called Furkids animal shelter came up with this new ‘Kitty-Kommercial’, and after watching it you’ll surely believe that you don’t need a very high budget to make a good commercial.

The headquarters of the organization is located in Atlanta, Georgia, and therefore the main character in the commercial is given to a native, Atlantan Paul Preston. The video was edited in the most professional way possible and quite surprisingly, it was shooted with in only 30 minutes.

Preston performs much like a used car salesman to convince people adopt the cats, and its so hilarious that it may just bring tears to your eyes. For the record, Preston, in real life, is not a model or a comedian. He is actually a contractor for a rental property management firm, and randomly a very funny guy.

His sister, on the other hand, works voluntarily at furkids and she’s the one who came up with the idea for a commercial. She has stated that she couldn’t think of a better person for this commercial video than her brother.

This shelter house’s ‘Kitty Kommercial’ is certainly proof that anyone can create a great masterpiece in low-budget as well.

The commercial video is completely improvisational and is reported to have been made in only 30 minutes. 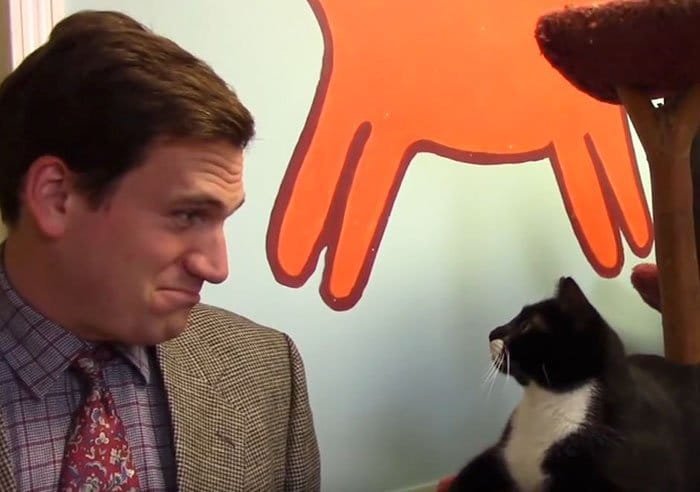 Be sure to watch the video here: