The giant Saguaro cactus in the Sonora Desert is a 40-foot tall plant with huge spikes. It is thought to be over 300 years old with many animals constantly “inhabiting” the top. Well, only if we’re talking about birds. No one really expects a bobcat to sit on the top of the cactus, right? 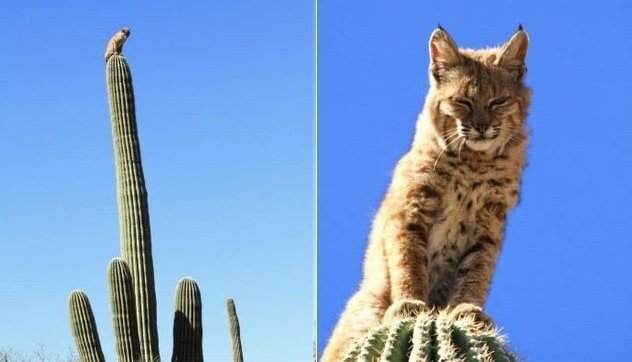 That’s exactly what happened not long ago. Curt Fonder, a photographer, received a phone call from a friend whose crew of workers was working nearby. They’ve apparently seen a bobcat chased by a mountain lion which isn’t that unusual. What’s unusual is that the bobcat climbed up to the top of the cactus to escape the mountain lion and it succeeded! 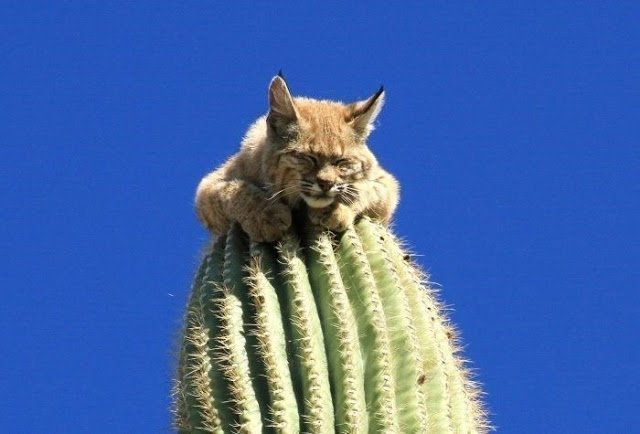 The mountain lion wouldn’t let his prey walk away that soon. It circled the bobcat from below, growling from time to time. However, the little bobcat was comfortable at the top and wouldn’t give in to a predator. Curt’s friend said he was stunned to see the bobcat so peaceful. At one point, it even fell asleep! In the end, it spent SIX HOURS on the top of the cactus before coming down. Surprisingly, when Curt examined the perch of the cactus, there was no blood at all – only claw marks. It was a one-in-a-million event that went well for the bobcat. 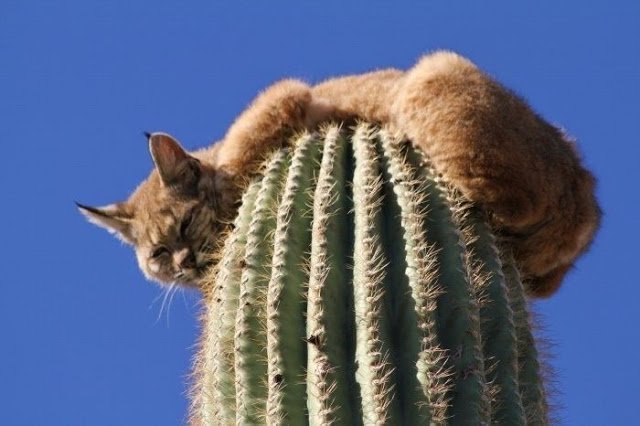 Here’s a video of the bobcat atop the Saguaro cactus: