In this sweet yet sad story, you will learn of a sweet ginger kitty that’s just been hanging around an apartment building. This kitty seems to know his way all around and whenever one of the residents just happens to be entering the elevator, the cat follows them right in, gets out on whatever floor and invites himself into their homes. 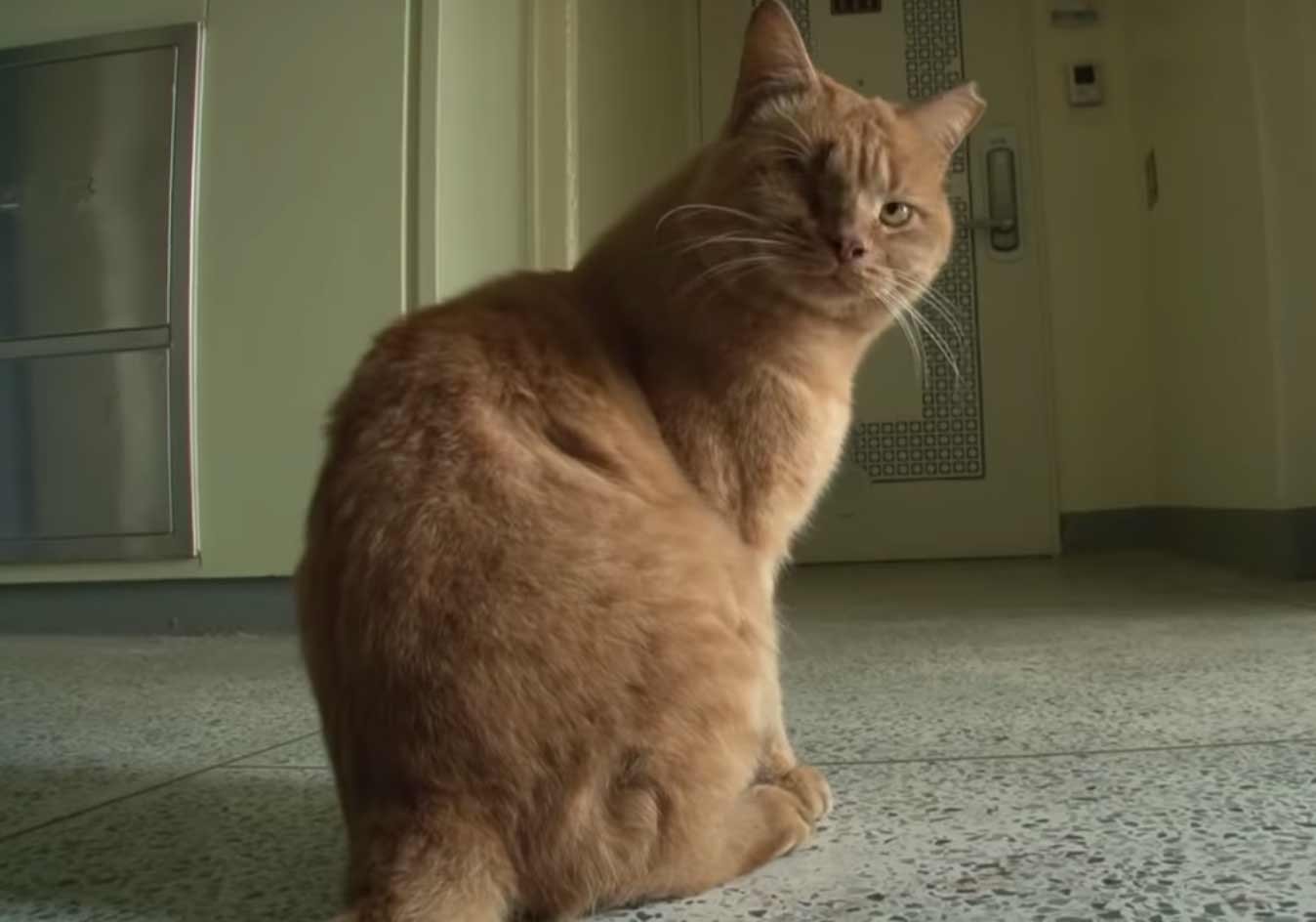 Of course, not all of the residents let him in, however, the ones who treat him with kindness and even sometimes give him scraps of food!

These apartments, however, aren’t his true home. It’s because of that that when the time comes, the cat must go! None of this, however, seems to phase the cat in the least as he waits for the next person to arrive. 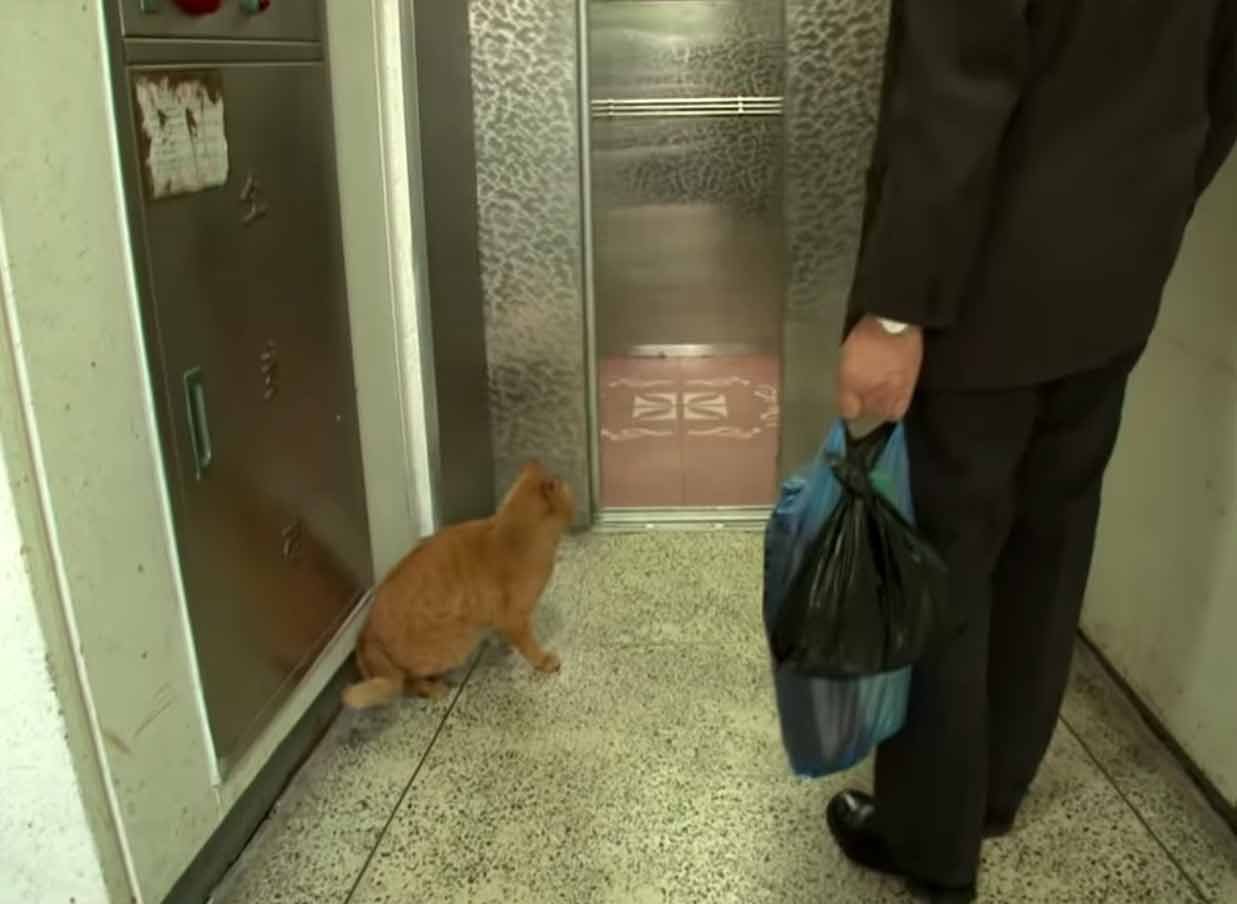 One of the people who lives in the building believes the cat used to live in one of the apartments there which is why he’s always hanging round and even rising up and down on the, looking for his former owner and home. 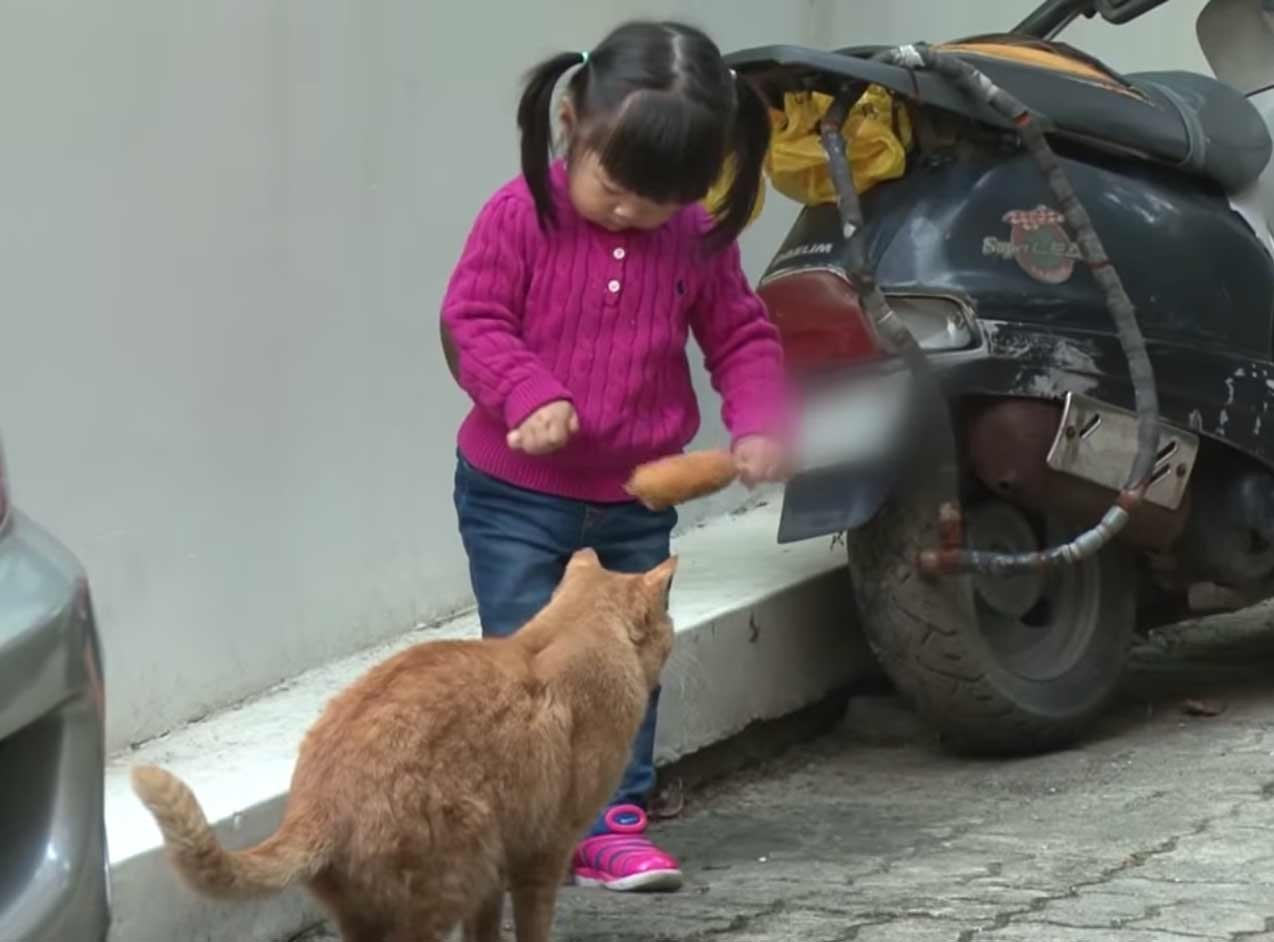 Even when nighttime comes he continues to hang around in front of the entrance.

Sadly, though,  not everyone is kind to the poor cat and many of the locals try to scare him away. The cat is never dismayed though, as he still returns to the same spot and waits for the doors to be opened once again. 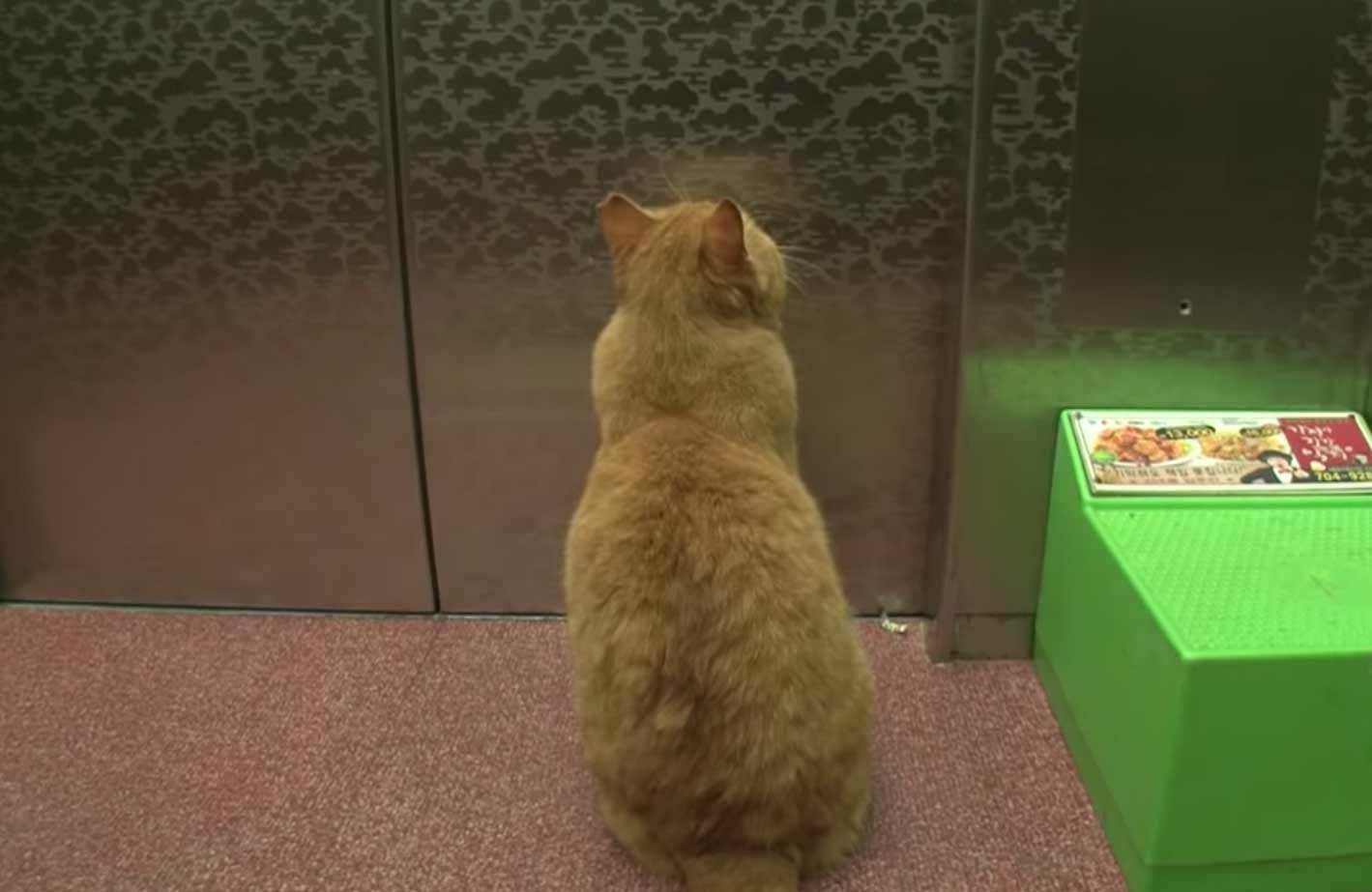 A vet was called to take a look at the ginger kitty and at the situation and he, too, does agree that this must have been his former home and must have often traveled in the elevator right alongside his owner. 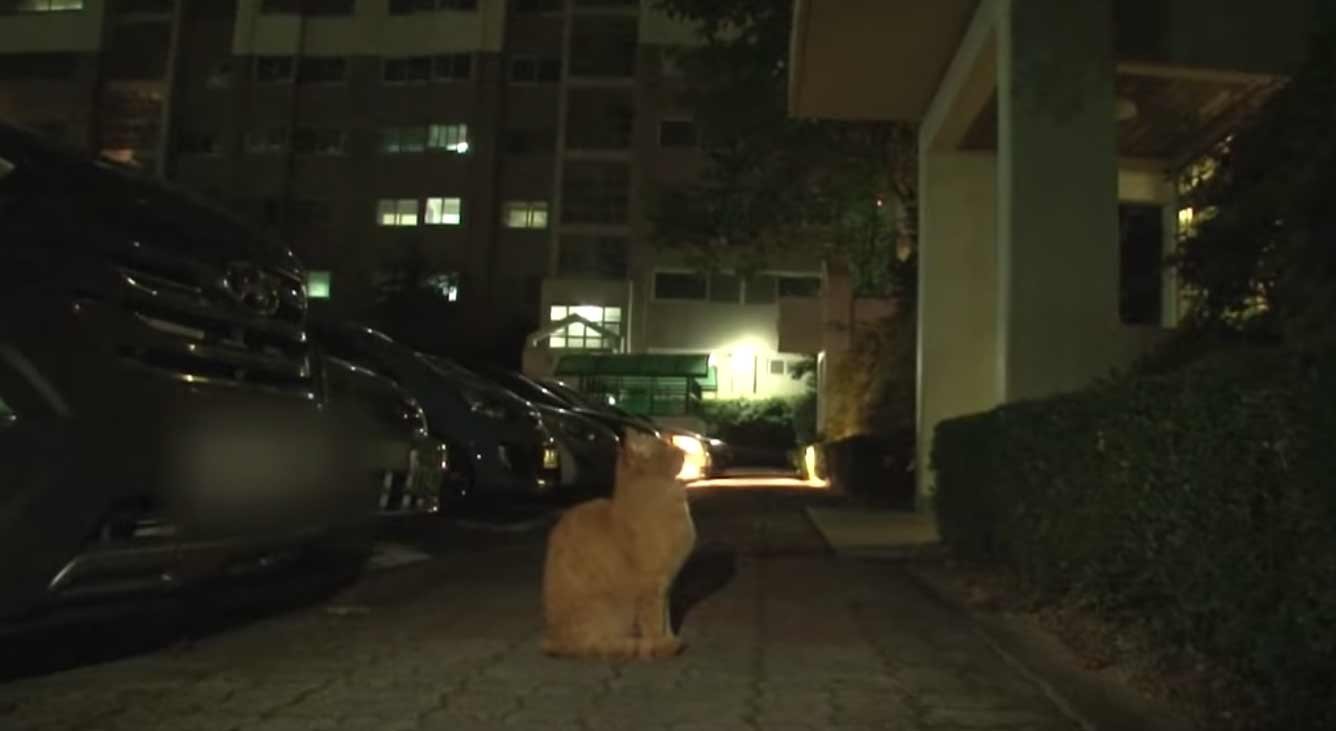 It’s as if he’s clinging on some tiny bit of hope that one day his original owner will return.