Davey is an adorable stray kitten who had been hit by a car but was found by a kind-hearted person.

This poor wee one suffered severe and various injuries and at the time of his rescue and was laying completely motionless on the side of the road. His rescuer actually thought the cat was dead! Thankfully, though, that one amazing individual decided to call a local rescue bu the name of Caring Fields Felines to help out. 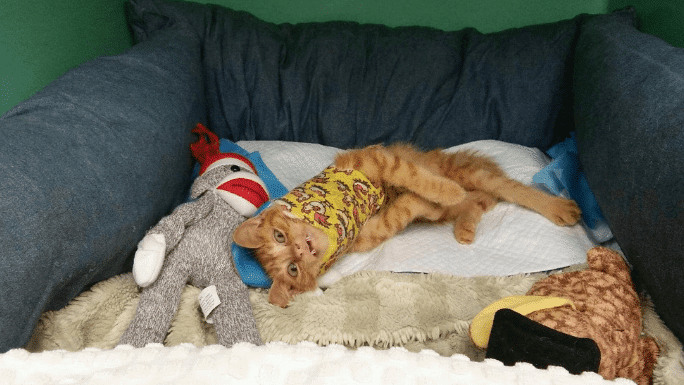 Davey was immediately rushed to an animal hospital where the veterinarians there took an X-ray of him to see the full extent of the impact. Davey had a broken neck. He had to wear a body cast for a few months prior to receiving physical therapy. 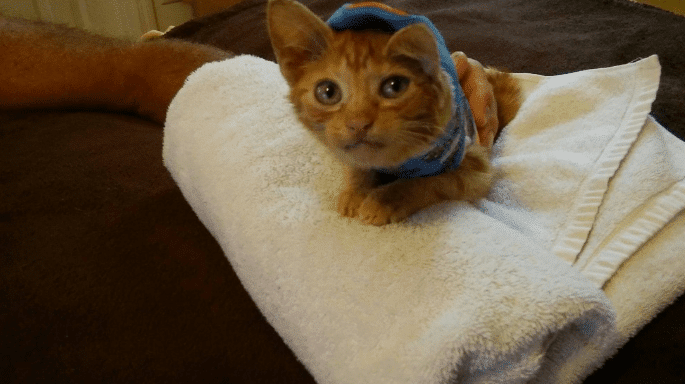 They called Davey a ‘tiny purrito’ because he looked just like one when he’s all wrapped up. 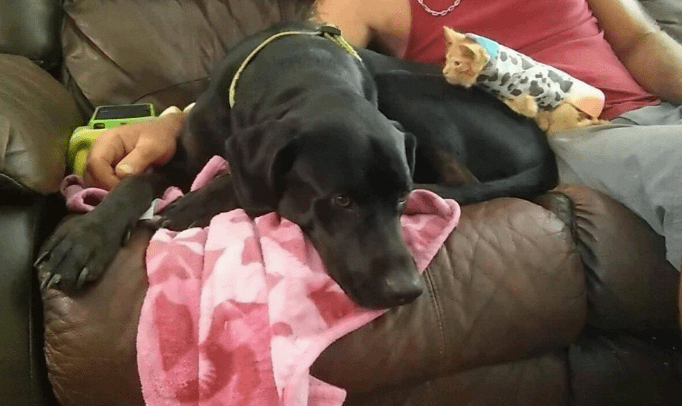 Once Davey is healthy and back to living the life of a normal kitten, he will then be put up for adoption. In the meantime, he is making new friends and is well on his way to finding his forever home. 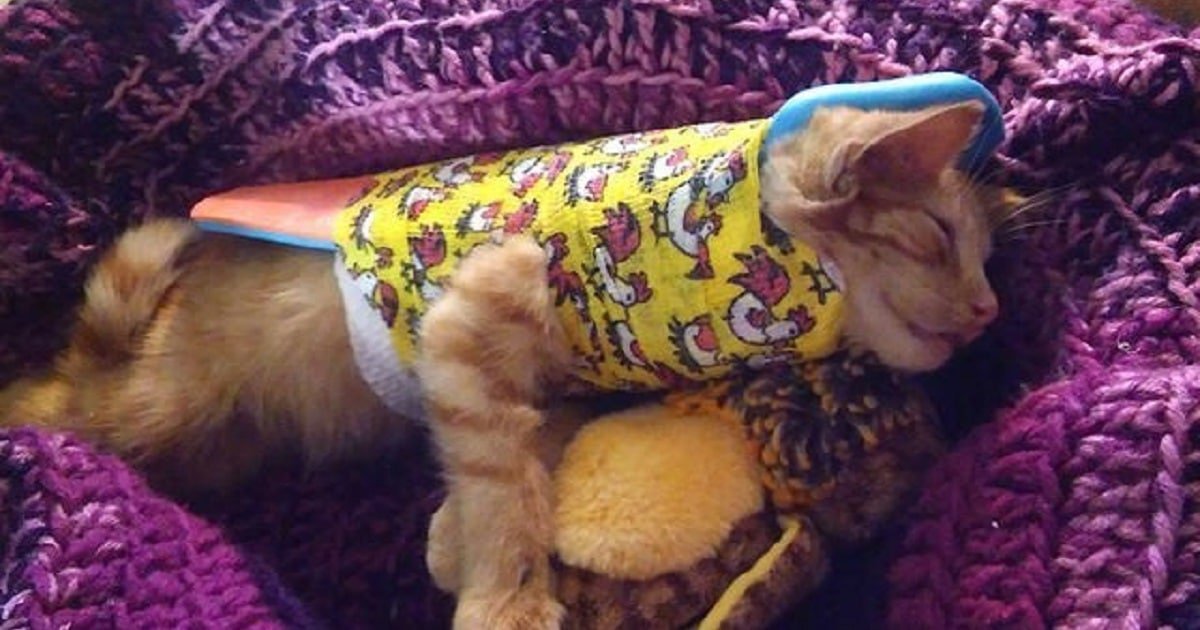 And to think, all it took was just one person who cared enough to do what was right!