This is one smelly story that in the end, is enough to make your heart smell like a dozen roses!

One week they were born, six baby skunks were abandoned by their mother. 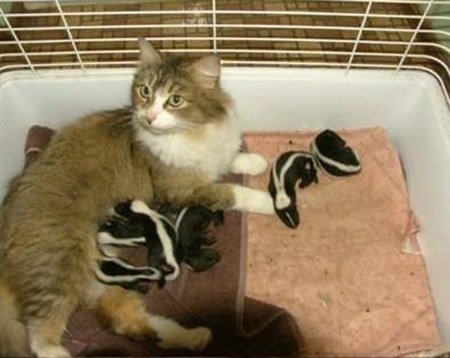 Luckily for them, they were found by a local farmer whose resident farm cat who had just finished weaning her own kittens, everyone hoped that she might take them on as her own.

She was just a bit reluctant at first, but her natural mothering instincts kicked in and she began to nurse them. 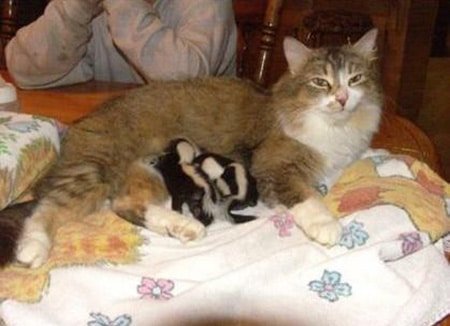 After two weeks had gone by and the six little “stinkers” were soon thriving and their new mom couldn’t be happier. She had become completely devoted to them and even carried them around to show them off to visitors! 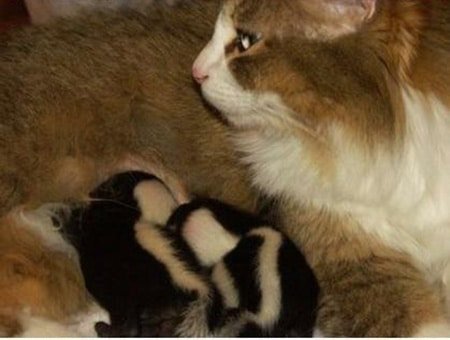 This extremely adorable little family of ‘skunkies’ was released once they were old enough and able to fend for themselves.