After two police officers in Texs had finished dealing with a shoplifting call at a local TJ Maxx store, they stumbled upon tiny kittens who needed to help. The poor wee ones were stuck under a car in the store’s parking lot. 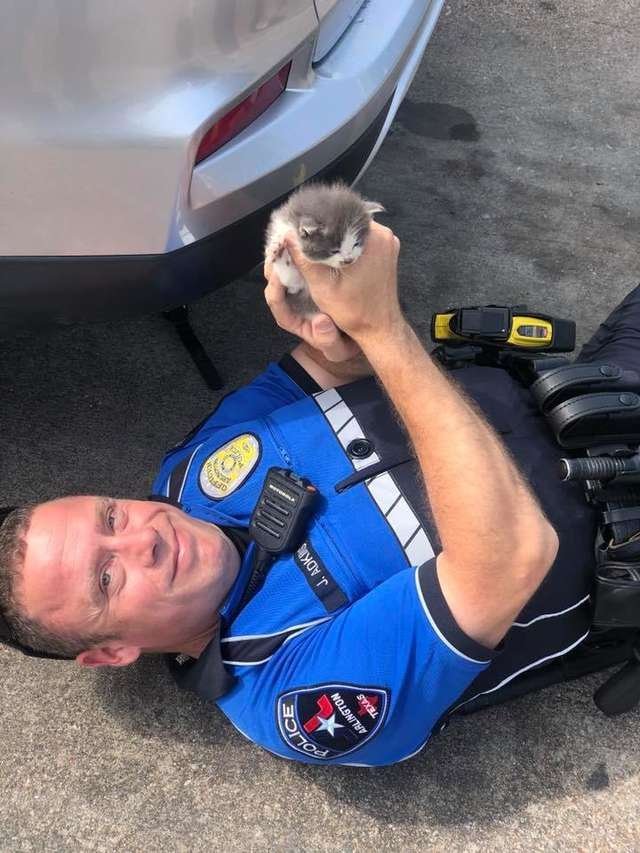 When the police officer left the store, they heard tiny meows coming from somewhere underneath the car. They immediately realized where the kittens were. Joe Bob Adkins, who is one of the officers carefully reached under the car and gently removed the tiny kittens (about 6 weeks old). 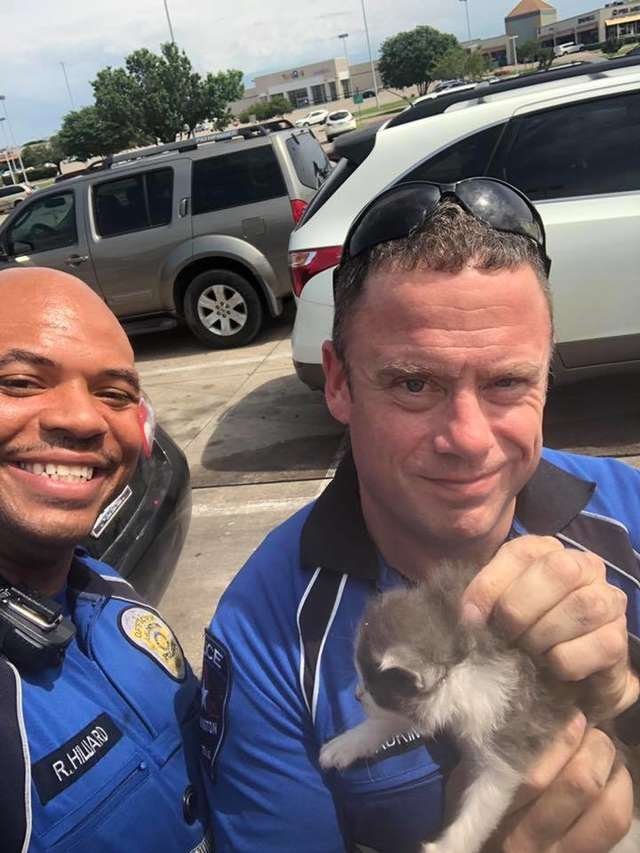 “They located the kittens inside the bumper where most likely the mother cat had placed them for some reason,” Jesse Minton, of the Arlington Police Department, explained to The Dodo. “The owner of the car advised she did not own a cat and had no idea how the kittens got in there.” 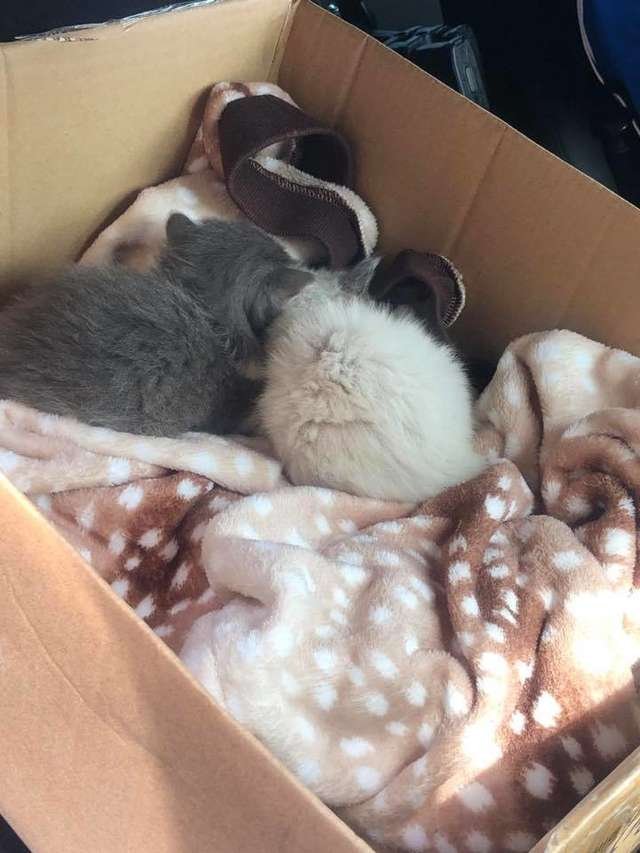 As soon as the kittens were completely safe, Officer Adkins took them back to the police car, trying to make them feel safe and loved. The more time they spent with their new friend Officer Adkins, the more these little ones fell in love with him. They literally couldn’t stop cuddling with him and curled up on his chest in the sweetest way. 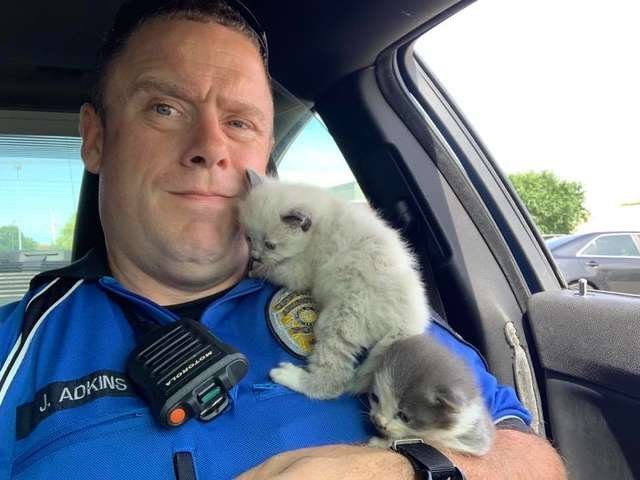 The officers then decided to take the kittens to a vet to check out and luckily, they were in fairly good condition. The kittens were completely famished because they’d been under the car in a long time. The officers went ahead and fed them some formula out of a tiny bottle and they were so happy. 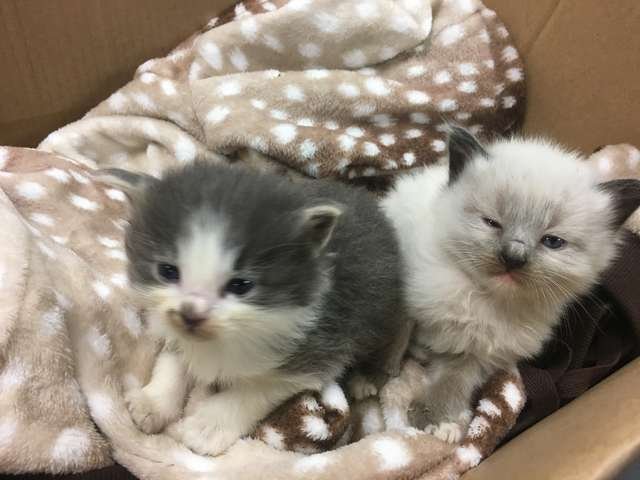 The two kittens soon settled into their new home with Officer Adkins and are adapting very well. In the beginning, Adkins didn’t have a plan on taking home two new family members that day, however, as soon as they cuddled up to him, he couldn’t resist. He decided to adopt them into his own family and give them brand new names – ‘TJ’ and ‘Max’.