Aren’t pets the best? Pets are the second-best thing in our lives apart from children.  They enrich our lives and give us something to live for – they’re essentially a big part of our families. However, not many people realize that pets are part of us. They mistreat their cats and dogs, abusing them and even leaving them behind when moving. Some people treat pets like garbage and our hearts ache because of it. Luckily, there are just as many people who have made it their life’s mission to help animals in need. 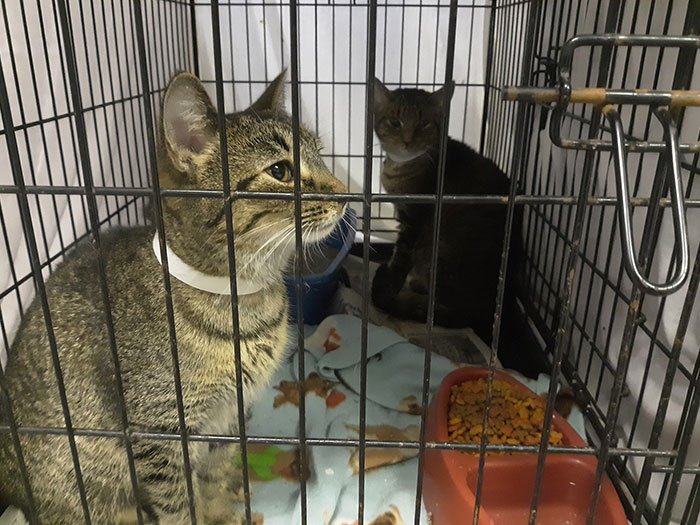 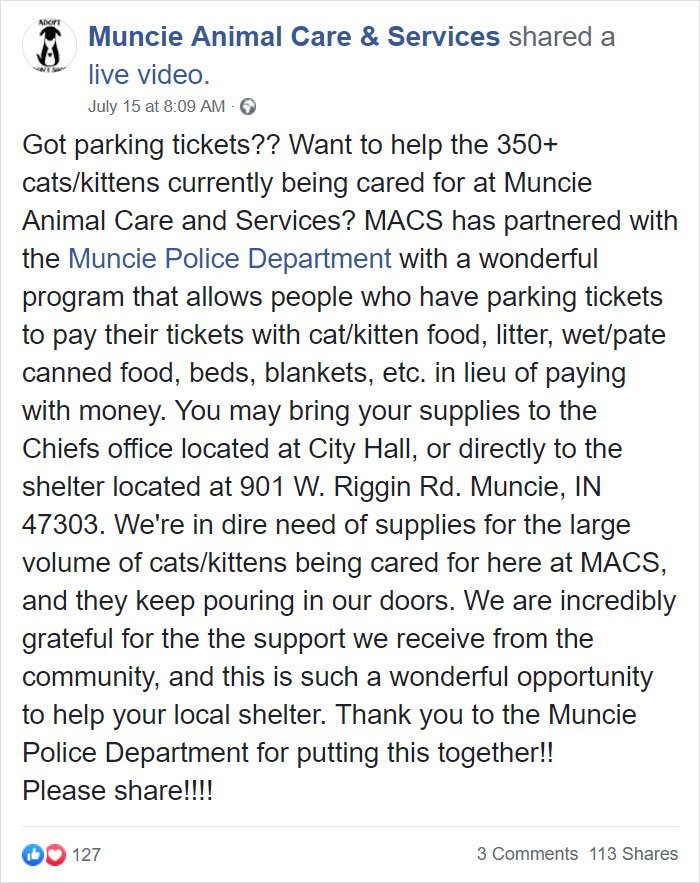 The Muncie Animal Care & Services recently teamed up with a local Indiana PD to allow citizens to pay fines by helping out with abandoned felines. There are more and more abandoned kittens in recent times as people find it easier to abandon cats rather than face the problem. The Muncie shelter was getting crowded pretty fast and volunteers are hard to find. That’s how this idea came to fruition. By helping out in the shelter, both sides are satisfied. It’s a win-win situation for the Muncie PD and the shelter as well. Instead of paying parking tickets with money, the local residents can now pay by helping out in the shelter. The results have been very positive so far. Muncie’s initiative was shared on social media and it didn’t take long before people recognized how good the idea was. Many responded immediately by offering donations in the form of cat food, canned food, blankets, and similar stuff. To help out with the whole process, the police allowed officers to go and get items from people who want to donate but are unable to come to the shelter. 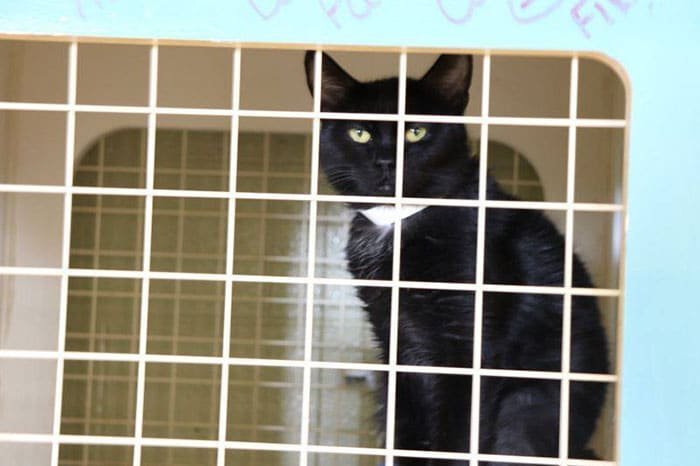 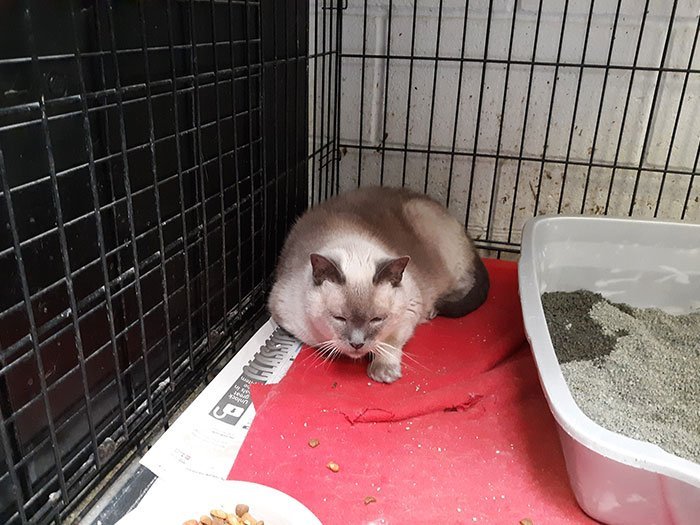 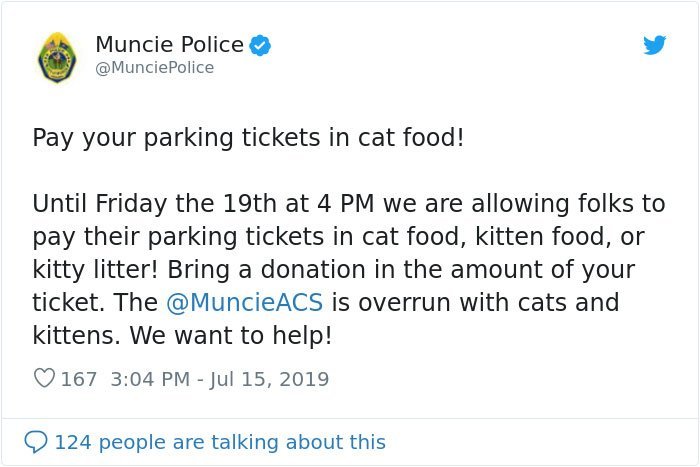 Muncie’s idea should encourage other shelters to do the same. It’s a simple, yet effective idea that can help with so many abandoned pets. We congratulate the shelter and the local PD for this great idea – great job, guys!