This is the story of Bagheera!

Ray Vargas was a self-proclaimed dog person until one night he heard meowing outside his bedroom window. Upon a little investigation he found was an tiny kitten whose eyes were still closed. Ray went on to explain: “I found him on a rainy night, abandoned on the roof of the shed in my backyard. Just followed his meowing.” 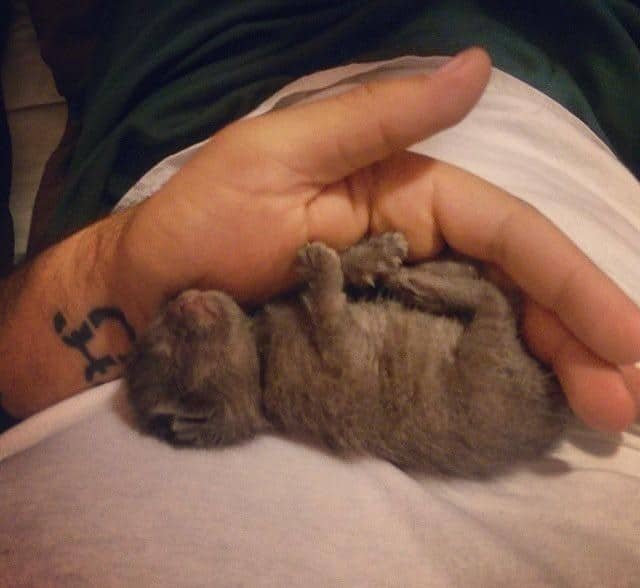 This abandoned kitten was very obviously crying for his mama but she was nowhere to be found, Ray simply knew he had to help or the poor thing would surely die. “This little orphan did not appreciate being left out in the rain so I picked up a kitten feeder kit complete with formula and bottle.” 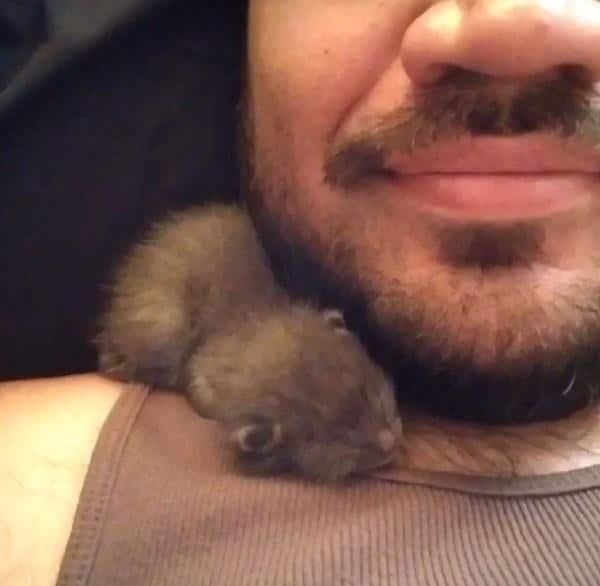 Ray kept him warm and also gave him regular feeds throughout the night. Soon he began to start eating more, Ray’s intensive nursing truly paid off and this little orphan’s future was no longer in the balance. 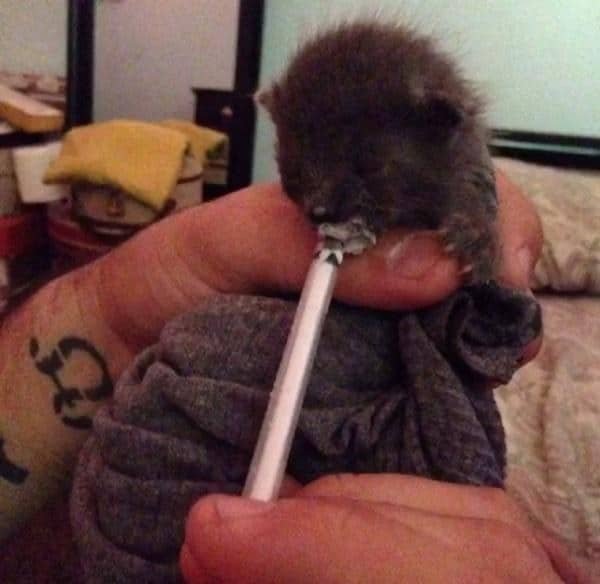 Vargas decided to name the kitty Bagheera and here he is with eyes fully opened taking his first real look at the world. 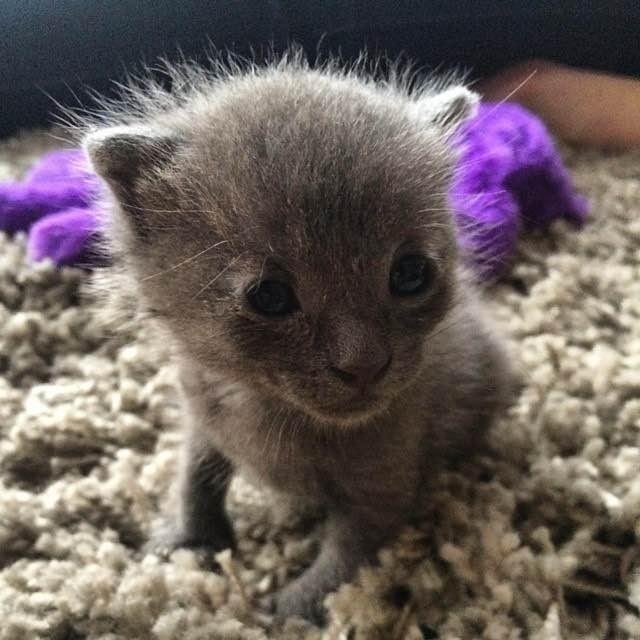 He soon began to follow Ray around the house and quickly learned how to climb up onto his shoulder.

As he grew even stronger and older he realized his favorite place for a nap was in the arms of the man that saved him.

Ray is an artist and is learning quickly that working from home is not so easy with a cat around! Here’s Bagheera offering a helping paw. 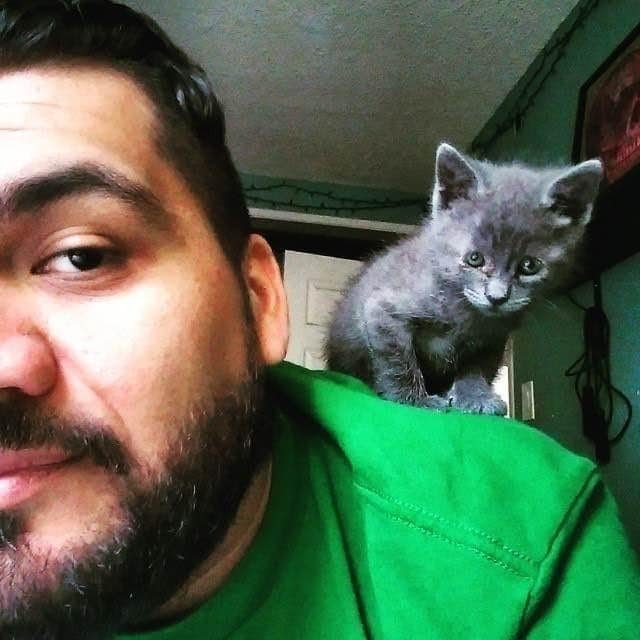 “I had no idea that bringing in an abandoned newborn out of the rain that night would lead this avowed dog person to own my very first pet, a cat no less,” concludes Ray. “Best decision I ever made.” 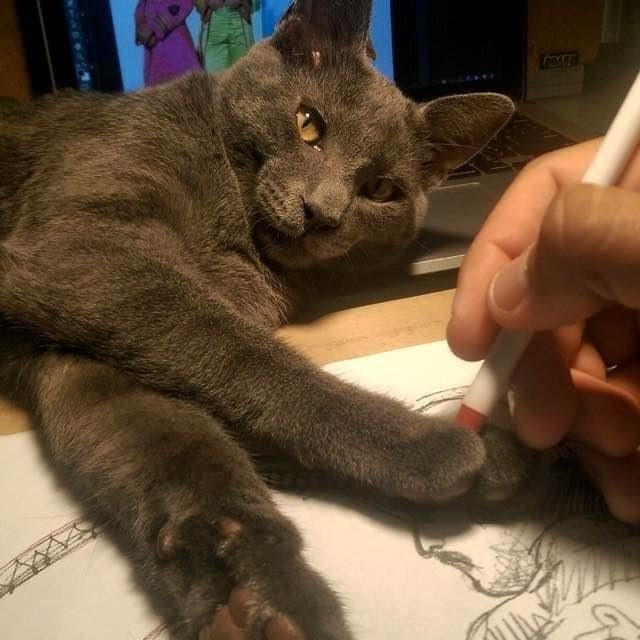