The world has become a cruel place where animals are constantly left alone by their owners. Even with babies! There are countless cases of mommas and their babies abandoned in a box (or worse). Two years ago, a momma cat with a litter of six were put inside a box and abandoned on Florida streets. The animals were rescued by Broward County Animal Care, whose representatives started looking for a foster home for the kittens immediately.

It didn’t take long for one of the staff members to fall in love with the kittens. Amanda Kruczynski took them all at home and everything was good. 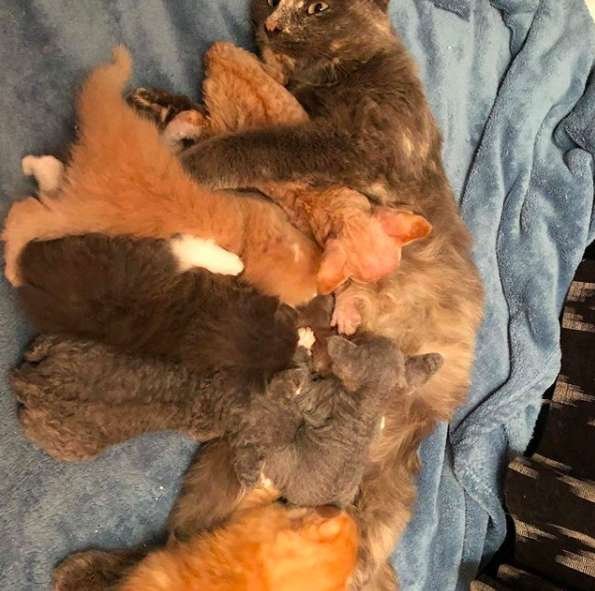 The kittens were growing nicely and looked good. Among the litter, there was one which was obviously different than the rest – Meeseeks. This peculiar kitten was tinier than his brothers and sisters and didn’t move around much. What stood out most was his fur. The kitten has a felt-like texture that makes him look like a plush toy rather than a cat! 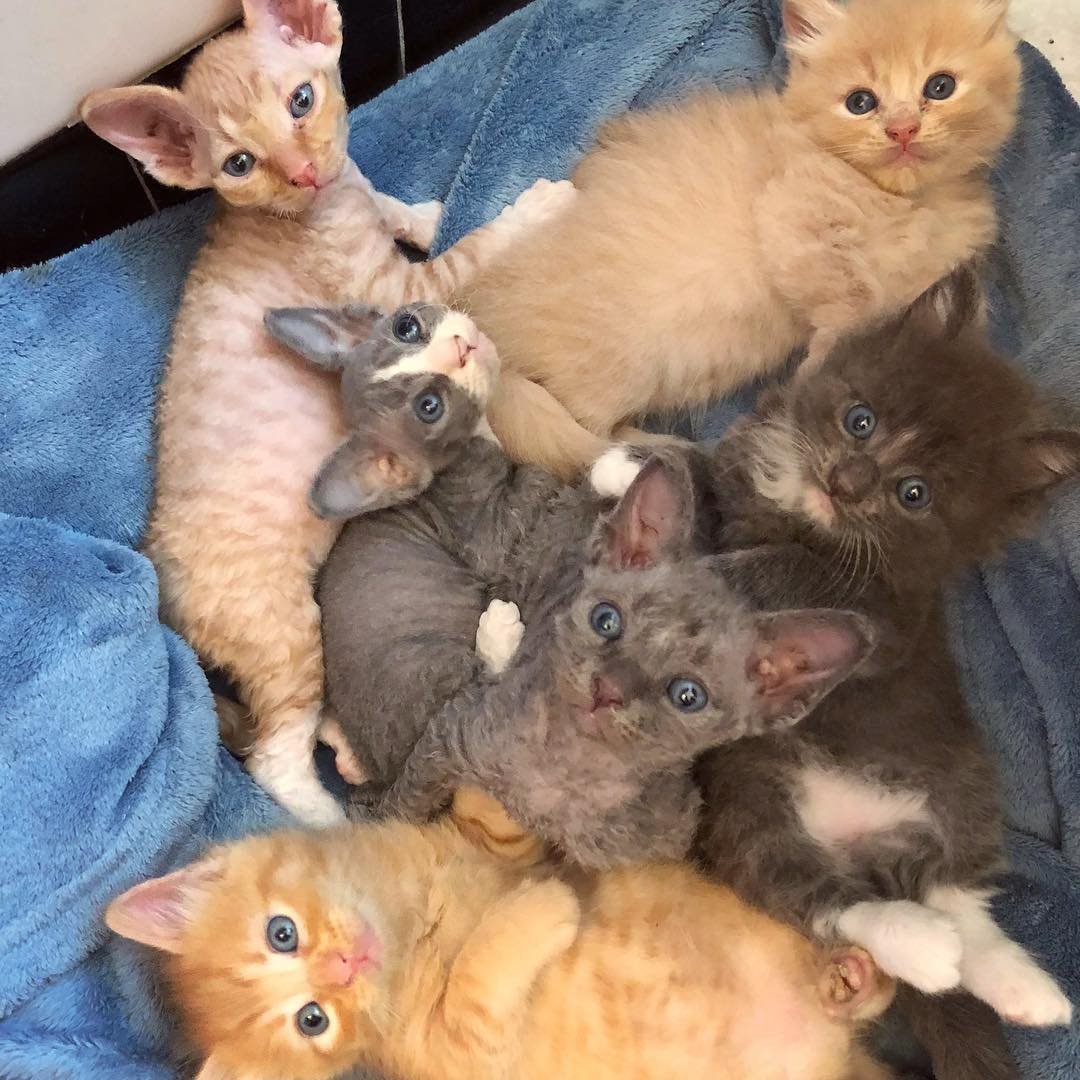 In the beginning, no one believed Amanda and her photos. People told her that they’re fake, but she knew the truth. Since Meeseeks was tinier than the rest of the bunch, Amanda paid special attention to it. With proper care, Meeseeks grew into a big boy and followed Amanda around the house. 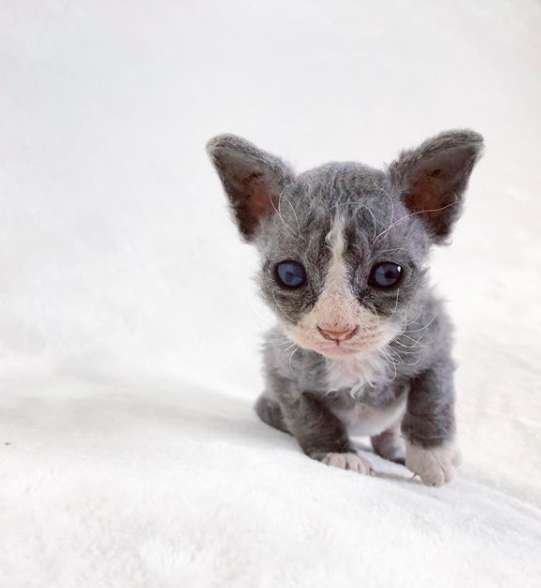 A few weeks later, all the kittens fell sick with distemper, a fatal feline disease. Luckily, all of them survived, even the tiny fighter Meeseeks. After a few months, it was time for the kittens to be adopted. Eventually, Amanda found homes for all the kittens, but couldn’t give Meeseeks up. She decided to adopt him and she did it. 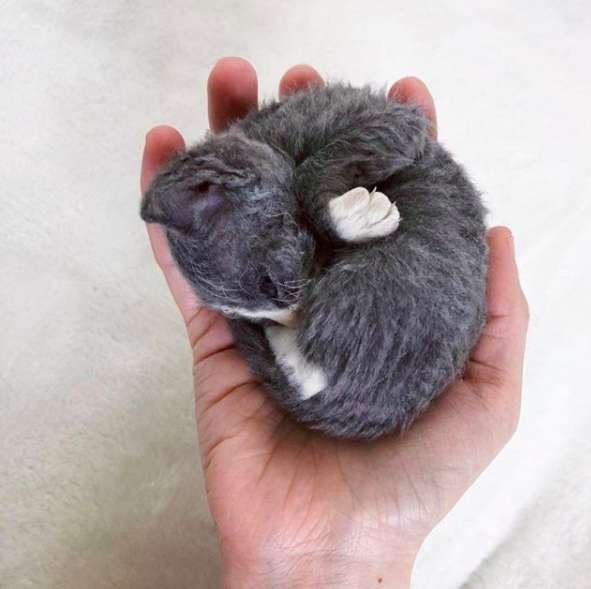 Even though all the kitties recovered from distemper, Meeseeks was smaller and less developed, so the kitten was still reeling weeks later. He started vomiting every day and worried Amanda pretty much. She took him to a vet where the tiny plush kitty was diagnosed with feline gastrointestinal eosinophilic sclerosing fibroplasia. Although it sounds pretty bad, the condition is actually manageable, so Meeseeks will live a normal life with Amanda. 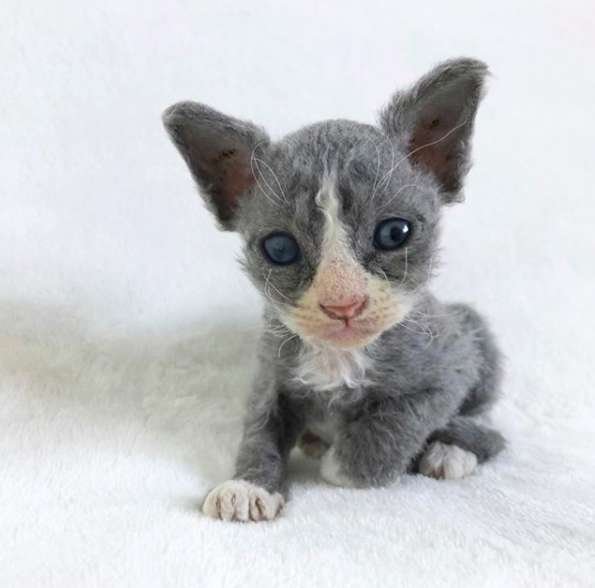 As he grew bigger, his true personality emerged. The kitten may look like a plush toy, but he’s just as energetic as any other cat. He’s very attached to Amanda and loves nothing more than to play around with his mommy all day long. 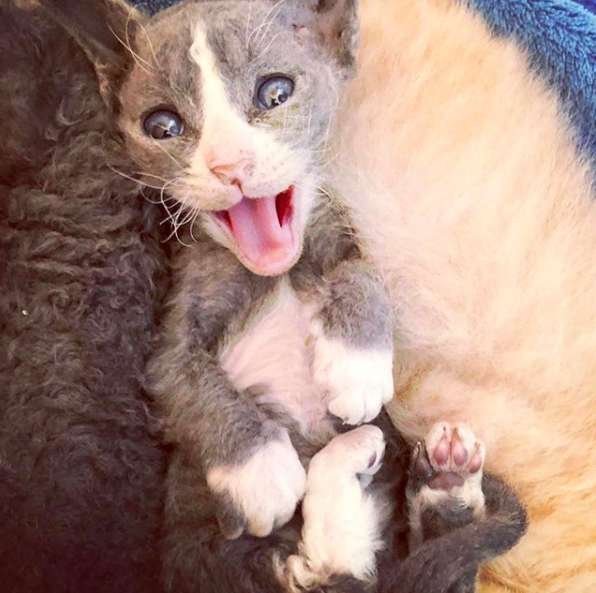 Now a year old, Meeseeks has grown into quite a handsome boy. Find Meeseeks’ Instagram profile and enjoy the pics of this cute plush t… uhhhh, cat. 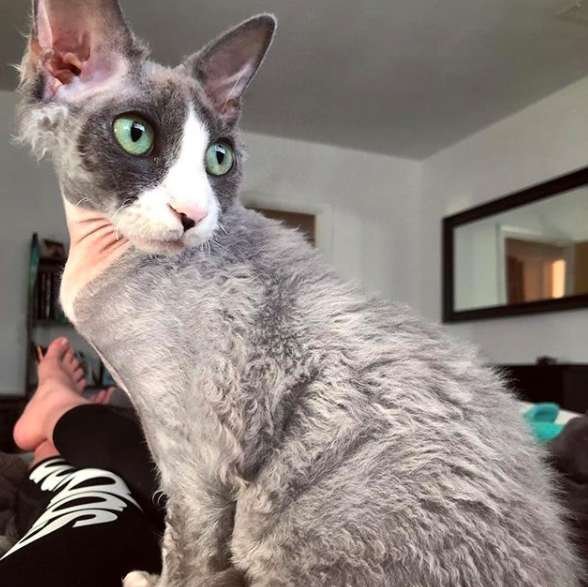