On March 30, 1996, Scarlett and her five kittens were in an abandoned garage which was allegedly used as a crack house in Brooklyn when a fire started.

The New York City Fire Department responded to a call about the fire and extinguished it quickly. When the fire was under control, one of the firefighters on the scene, David Giannelli, noticed Scarlett carrying her kittens one by one away from the garage. 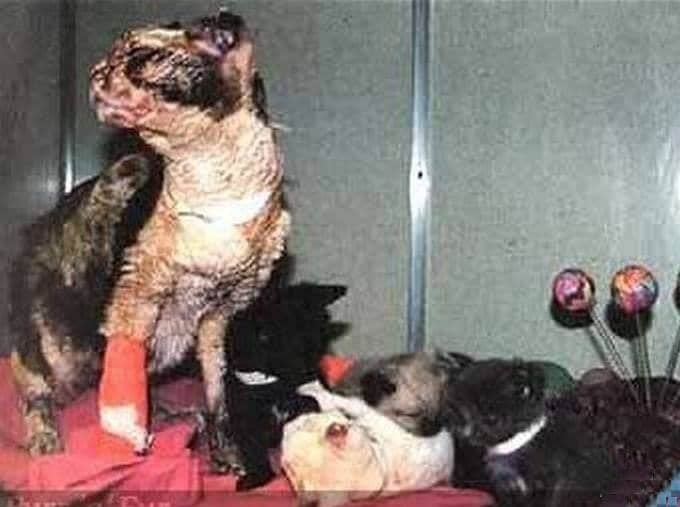 Scarlett herself had been severely burned in the process of running into the fire so many times to save her babies. Her eyes were completely blistered shut, her ears and paws burned, and her coat highly singed. The majority of her facial hair had been burnt off.

After saving the kittens it was noted that she touched each of her kittens with her nose to ensure they were all there and all alive. She wasn’t even able to see them at this time as the blisters on her eyes made it impossible. She then collapsed unconscious once she determined her children were safe and sound.

Scarlett and her entire family were taken to a veterinary clinic at the North Shore Animal League in Port Washington, New York where they were all treated. The weakest of the kittens, a white-coated, died shortly after from a virus a month after the fire.

However, after three months of treatment and recovery, Scarlett and her surviving kittens were all well enough to be adopted, during which time one of the staff of the clinic stated that Scarlett was “spoiled rotten and treated like a queen”. 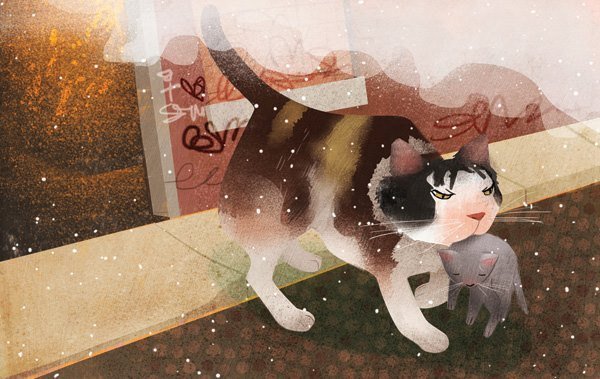 October 15, 2008, Scarlett the cat, whose story of bravery, uncompromising love and triumph over all odds, passed on. The heroine calico, who in 1996 made headlines around the world for pulling her five kittens to safety from a raging fire, lost her battle with multiple illnesses this week after living with her adoptive family in Brooklyn, New York for over 12 years.

It’s a story which never gets old. We love you, Scarlett!