Two kittens who had lost their mother walked up to a father and son in a scrapyard, begging for help. 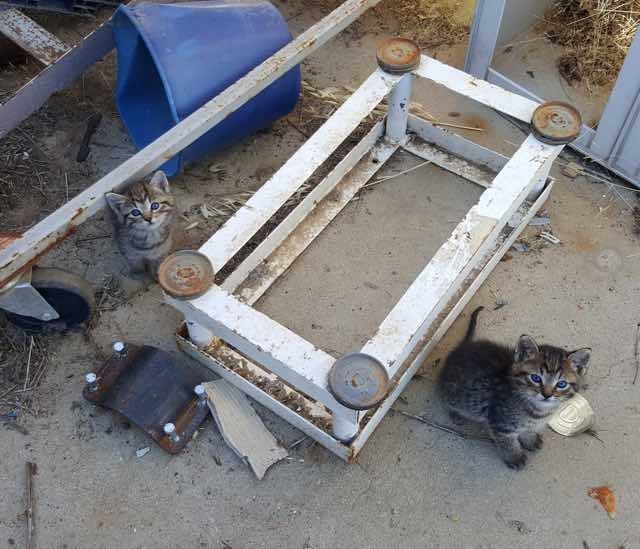 One of the kittens poked out his head as soon as he saw the young man. 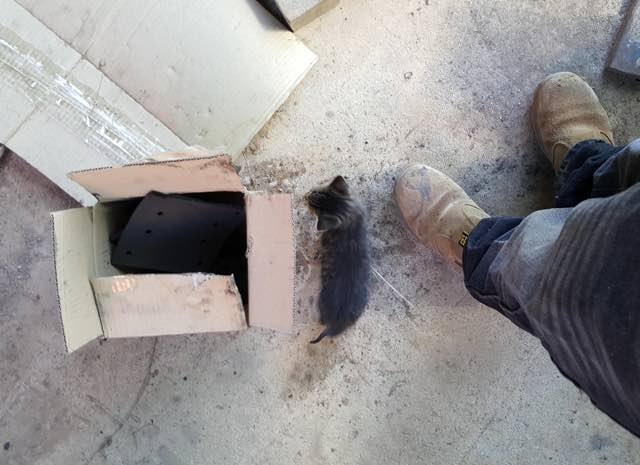 “My father and I were collecting some equipment for our new business at a scrapyard and we found this kitten and its sibling all by themselves. After looking around for the mother, we found her deceased nearby unfortunately,” Brendan Miller shared with the fine people at Love Meow. 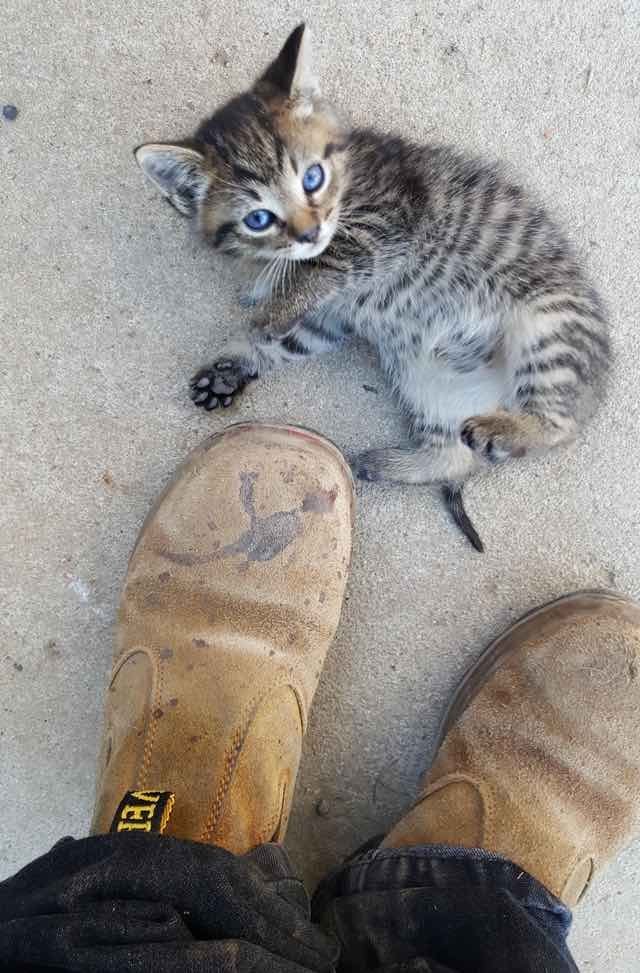 The kittens were clearly shy at first, but the little tabbies were all alone and hungry. They slowly walked up to new human friends trying to get make some sort of contact. 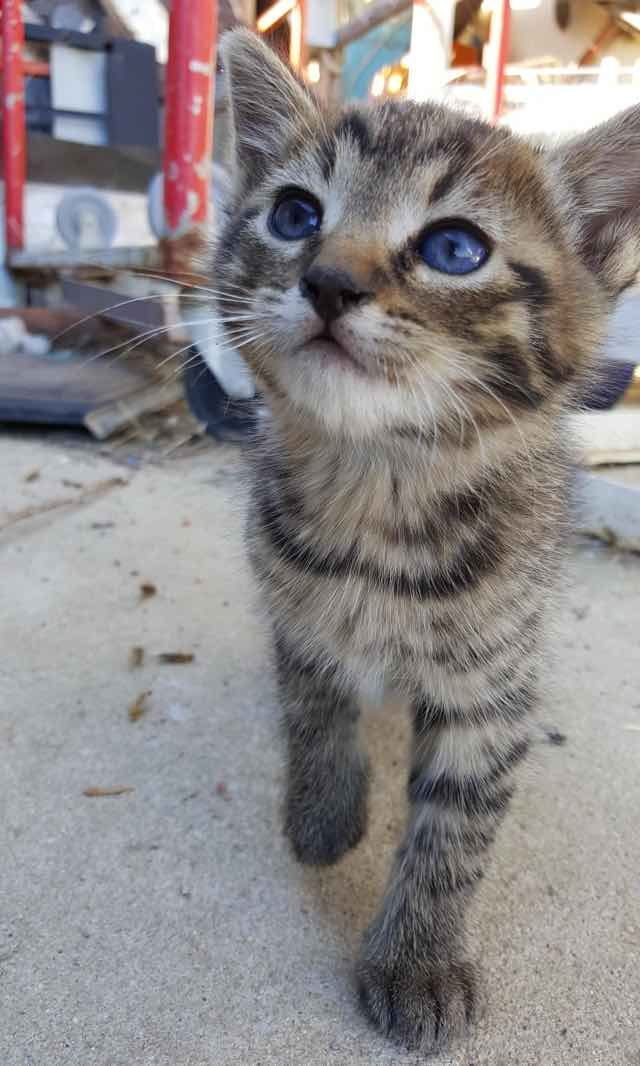 “THEY WARMED UP TO US AFTER A WHILE, THEY SEEMED TO LIKE THE CAMERA.” 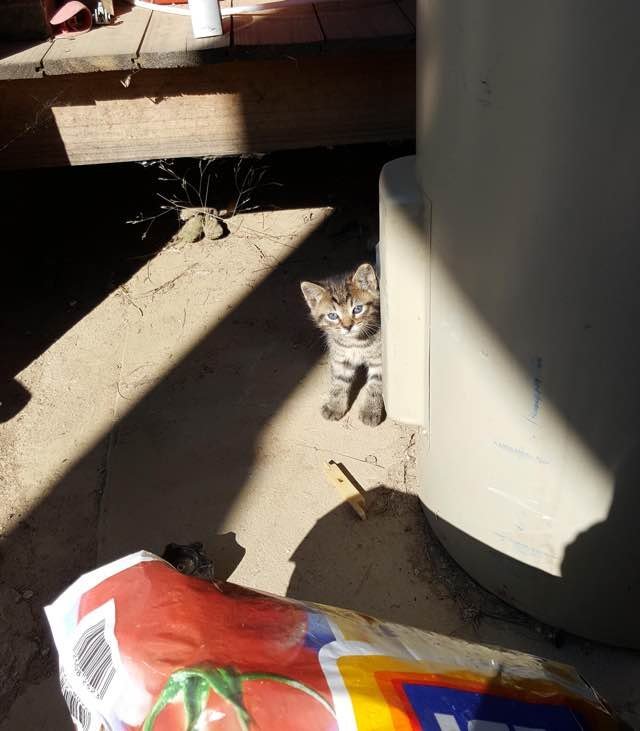 At this point it was crystal clear that these wee ones were looking for help.
They had apparently just lost their mother and now they only had each other and were both badly in need of some mature help. 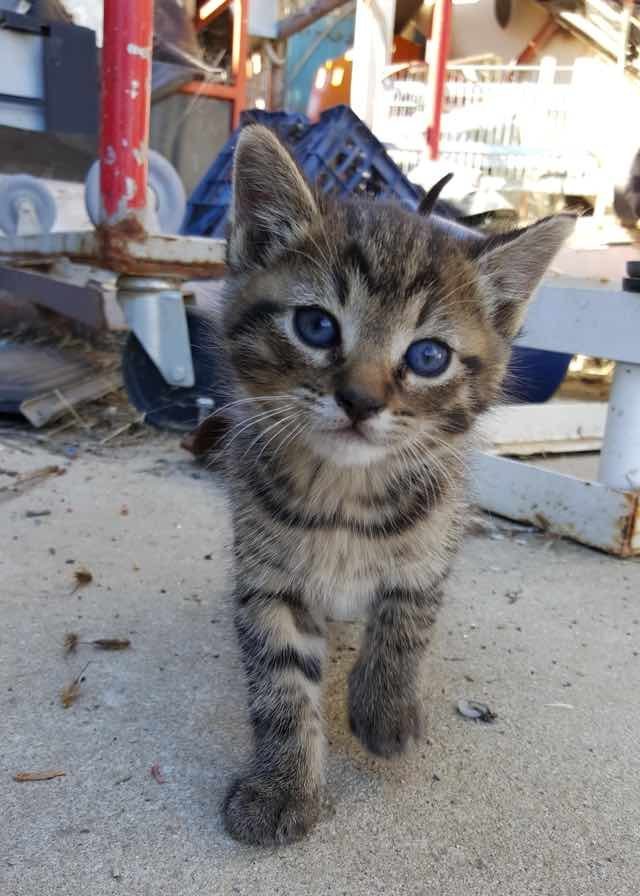 One of the kittens walked up to the young man, and just simply flopped down on his side He then rolled on his back and started playing with his big shoe. 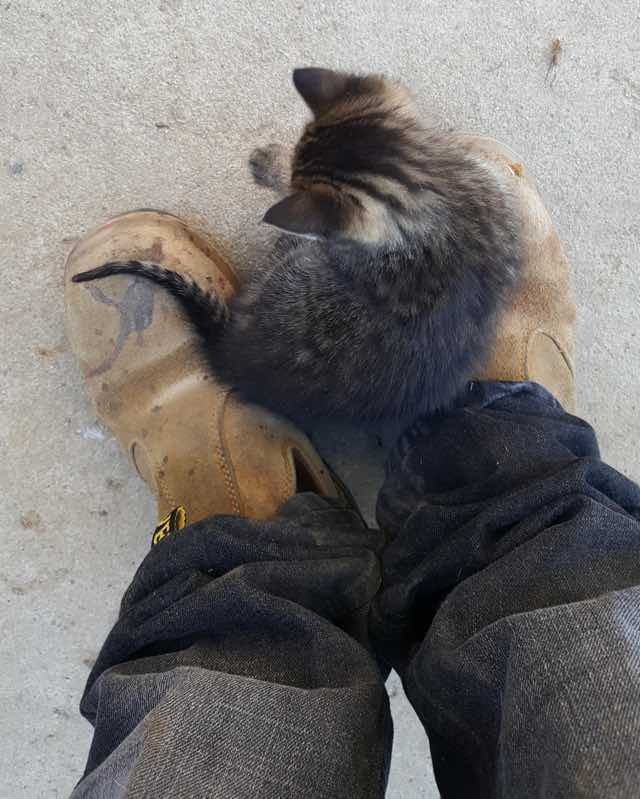 The father and son knew intuitively they needed to get the two kittens out of there and call the owner of the property about them. 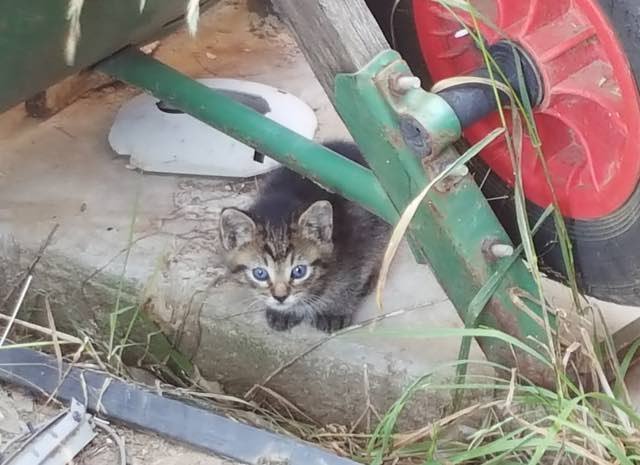 The person came and offered to foster them until they are big enough to be placed in forever homes. The young man said he couldn’t take in the kittens because of financial reasons, but it warmed their hearts to know that the little fluff balls liked and trusted them enough to seek their assistance. The father and son are just relieved to know the kitties are in good hands now.