Pumas are wild animals – you wouldn’t like to meet one by yourself. They’re territorial and aggressive, so they don’t exactly make ideal pets. That, however, is not the case with Messi. Named after Barcelona’s ace, Messi was recently adopted by a family from a zoo and seems to have adopted the role of a dog. 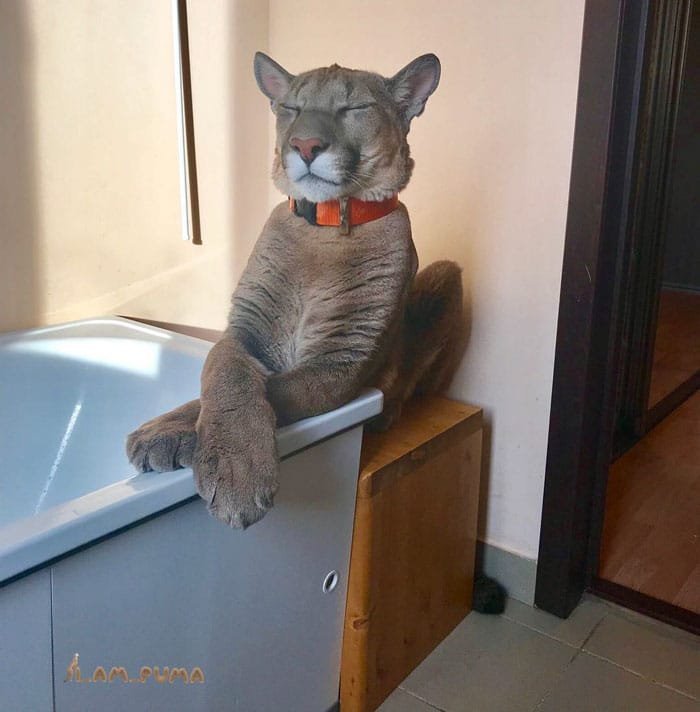 He was born in a zoo and then sold to the Saransk Zoo at the frail age of only 3 months. After a short time, Messi fell sick and it was clear that he’s not growing as a normal puma. The zoo owner didn’t really want the big cat there at all. Luckily for Messi, one Russian couple always dreamt of getting a big cat as a pet. After learning about Messi and his health problems, Aleksandr and his wife decided to buy the poor feline from the zoo. The owner had no problems with it, and Messi immediately moved in his new home. 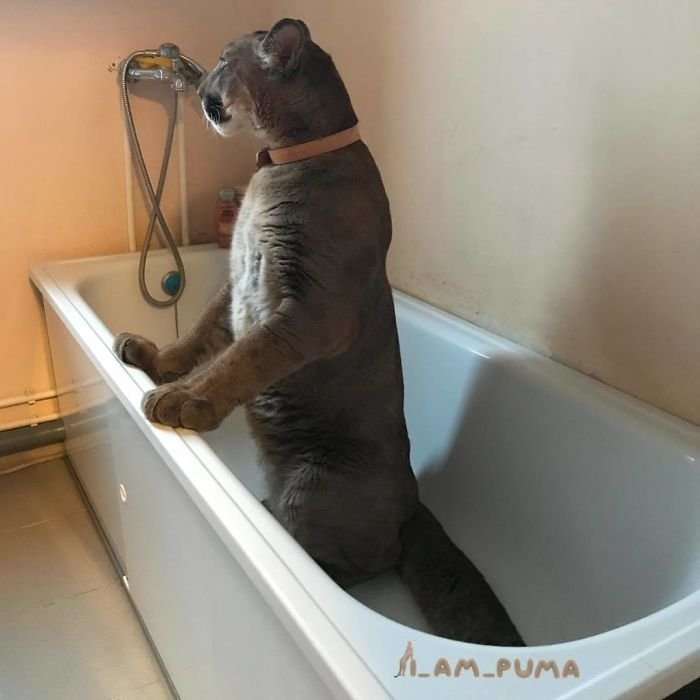 The big cat required a lot of medical attention in the beginning. It needed a special diet so it can grow as well. However, no matter what Aleksandr tried, Messi didn’t grow up to the size of a regular puma – he was only two-thirds of the size of such a cat. Not that it mattered to Aleksandr and his wife. They accepted Messi as he is and took it to dog training. Little did they know it’ll turn to a, well, not an actual dog, but pretty damn close. 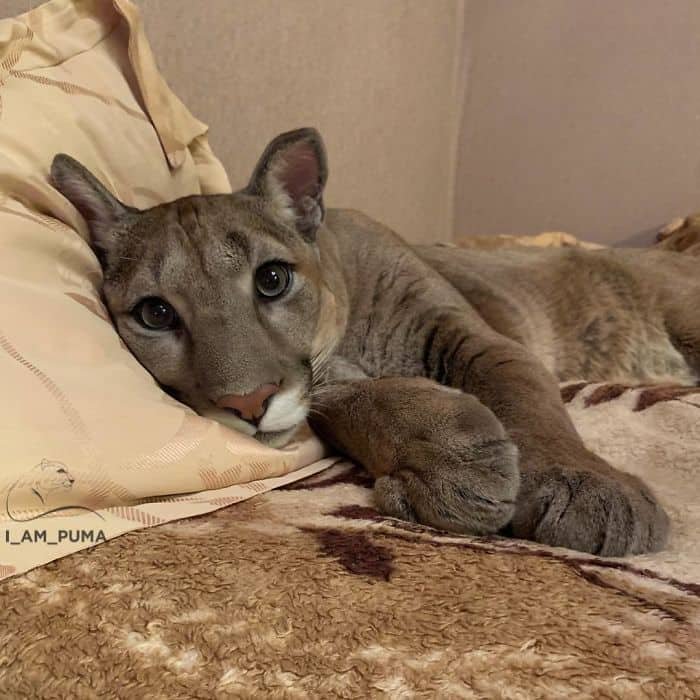 Every day, Aleksandr walks Messi with his dogs, and the wild puma can respond to around 10 commands which is amazing. Messi’s mom and dad take him to a nearby dog park and no one’s really afraid of the cat – he’s actually pretty sweet. 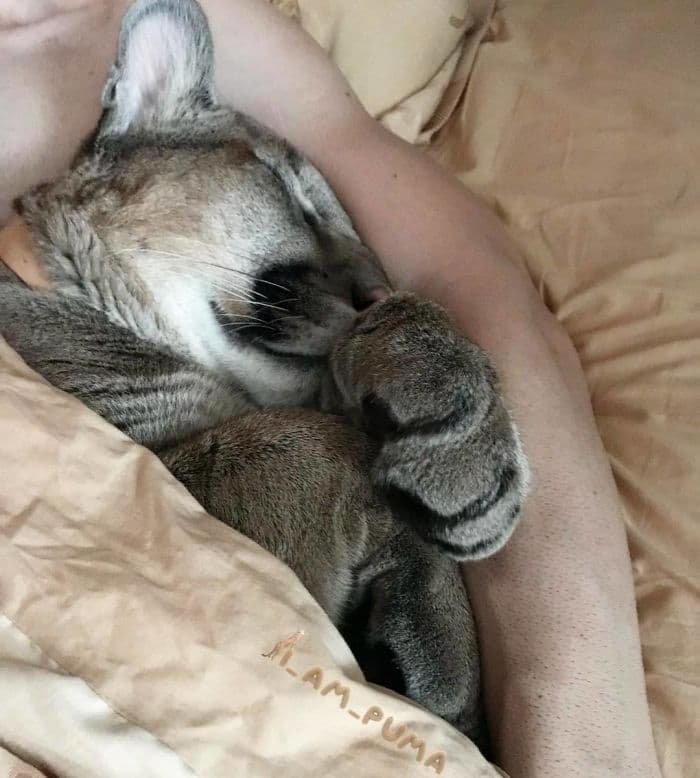 Maria and Aleksandr share their home with Puma. They’ve decorated a separate room with a hiding hole, tree, and bamboo walls so he can play around like a cat. Messi is just like any cat even though he’s wild. He may not grow as big as his brothers, but it doesn’t even matter. He’s given all the love and affection he otherwise wouldn’t have got in the zoo. 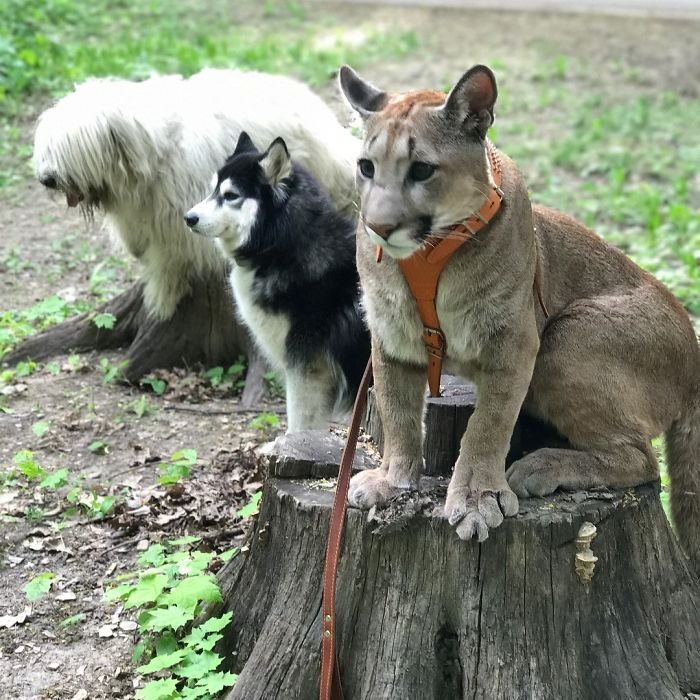 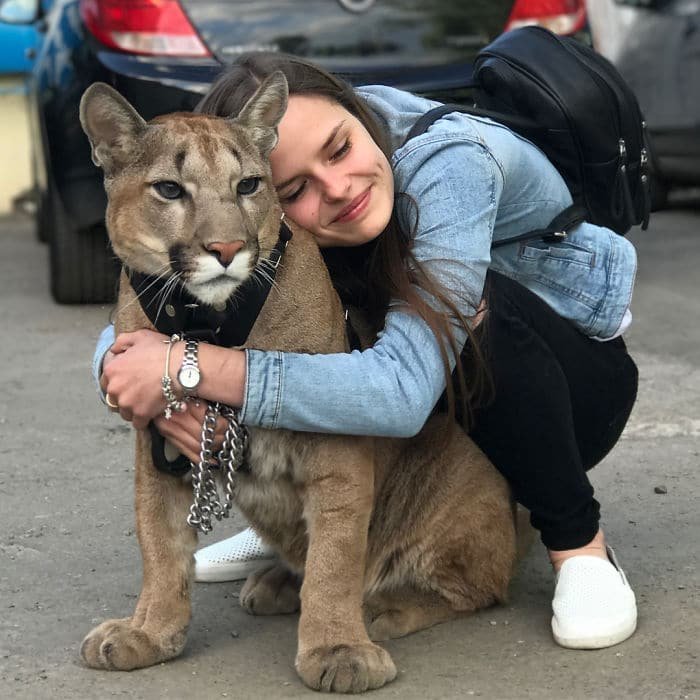 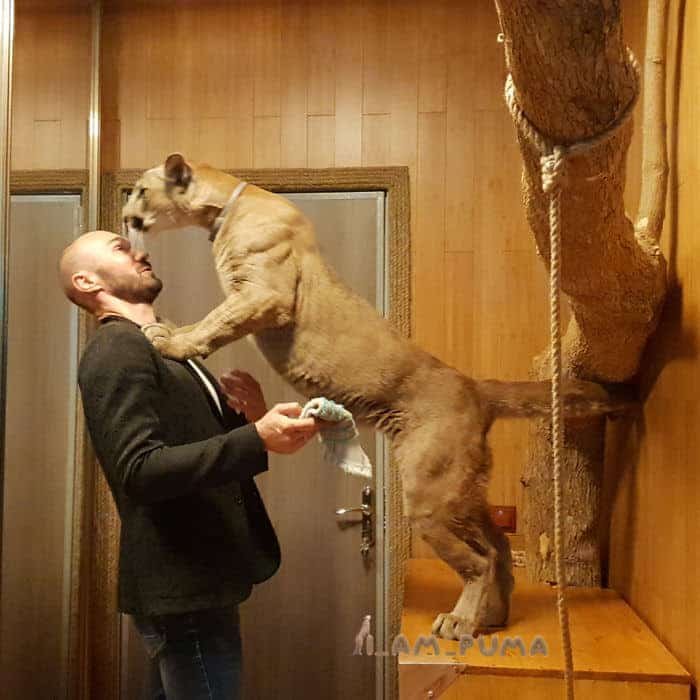