This is Scooter, a stray kitten who was born in Elkhart, Indiana. 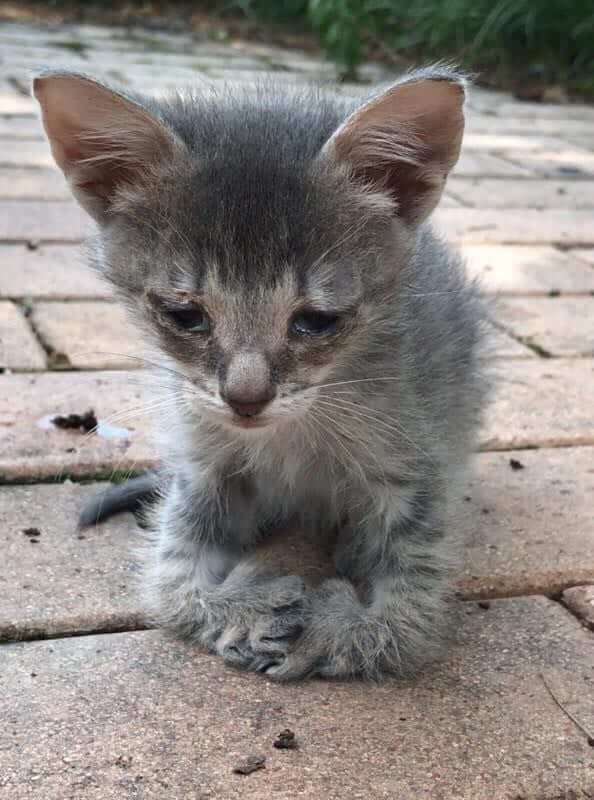 Sadly, the kitten has a set of deformed unique paws which makes it extremely hard for him to walk and get around. Scooter, however, never seems to stop hoping for a kind human that would be happy to accept him. Instead of waiting, though, Scooter decided to find his forever home all by himself. And so, one day, he just walked into a woman’s backyard and began meowing as loud as he could. 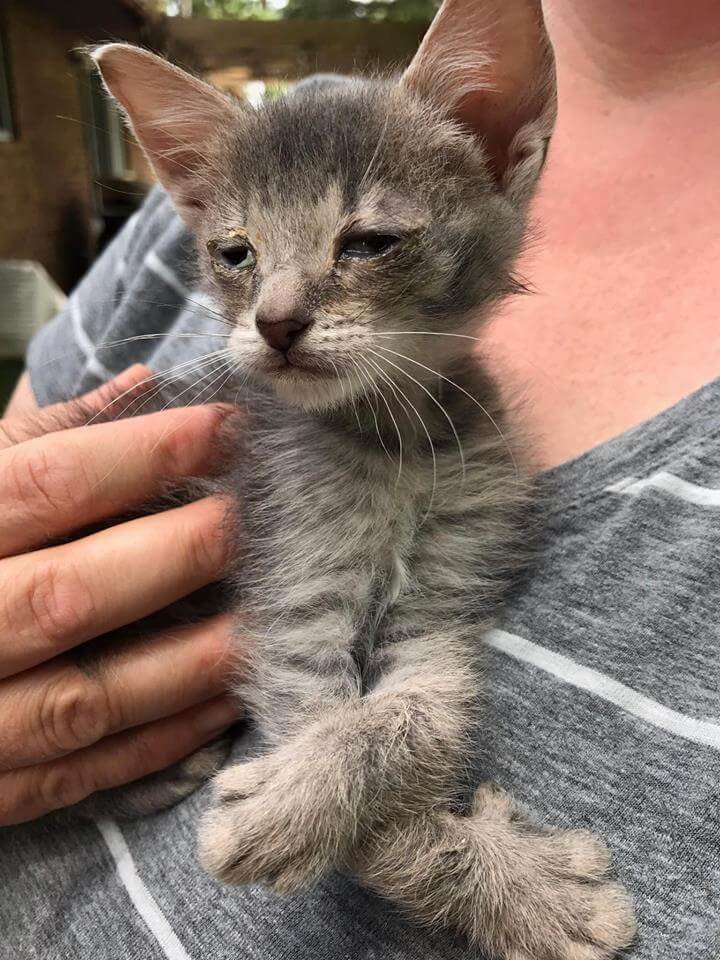 The woman, who was inside at the time, heard some noises and she rushed to check. She saw the kitten had wandered in her yard asking for some help. She quickly brought him inside and then took him to the nearest vet’s office to be seen. The vets explained that Scooter was born with shortened ligaments in his feet, which is what caused his paws to turn inward. Also, they discovered that he had a slight respiratory infection along with his eye infection.

After he was provided with the medical help he so desperately needed, Scooter began to slowly recover. Once the kitten began feeling a bit better, he will be ready to be adopted. Thankfully, a kind-hearted couple who had two other kitties decided to adopt Scooter and give him a happy and healthy home. 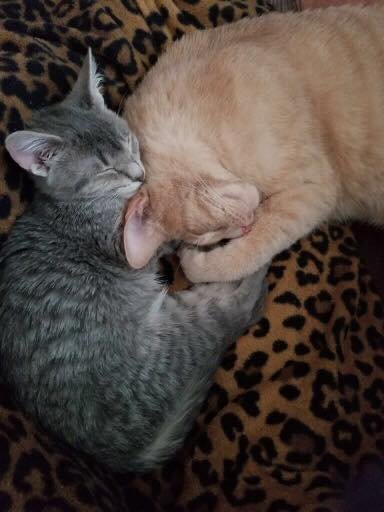 From the beginning, Scooter simply refused to let his unique paws stop him from doing everything he wanted to do. He absolutely loves playing with his foster siblings, and he was also a big fan of playing with his new toys.

Be sure to check out Scooter’s story just below: