Tom Garfield, 12-year old ginger who has been in the spotlight for hanging out in a Cambridgeshire supermarket, recently died in a car accident. The ginger kitten enjoyed worldwide fame thanks to his huge social media following. More than 6,000 were saddened by the tragic news about Garfield, who was hit by a car in the car park next to the supermarket. The cat was brought to a vet, but to no avail. Despite the vet’s best efforts, Garfield passed away. 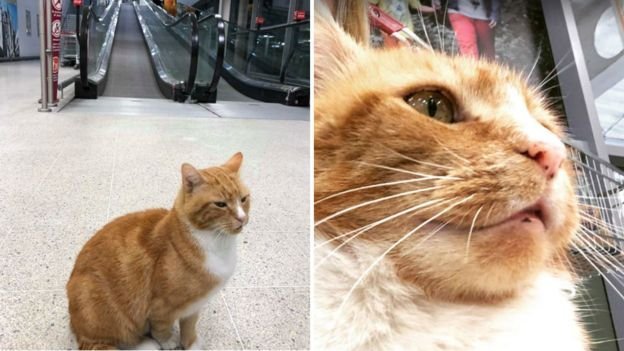 His owners broke the news on Facebook and the post was flooded with comments immediately. Garfield, also known as Mr. Sainsbury, first strolled in the supermarket in 2012. From that day on, he went to the store every day, becoming the business’ “mascot”. He was very friendly with the staff and customers as well and even had a massive following on Facebook.

Garfield’s book about his adventures sold out in less than an hour. All visitors who came to the tour were treated to a special footprint not unlike a famous author’s signature. He will be sorely missed.