A make cat named Sunny is a senior cat who sadly – had spent almost half of his life in a rescue shelter, just waiting for that special someone to give him a chance and adopt him. In the end, he finally managed to find his forever home and immediately fell in love with his brand new life.

“We got him from a shelter five years ago, at the age of 8,” Shannon Richardson, Sunny’s mom, explained to The Dodo. “He spent six years of his life looking for a new home and as soon as we met him, Sunny was completely happy with his life and routine until his parents brought home a new human little sister named Hazel. Although he loved his parents, he was not pleased with the new member that they took in. 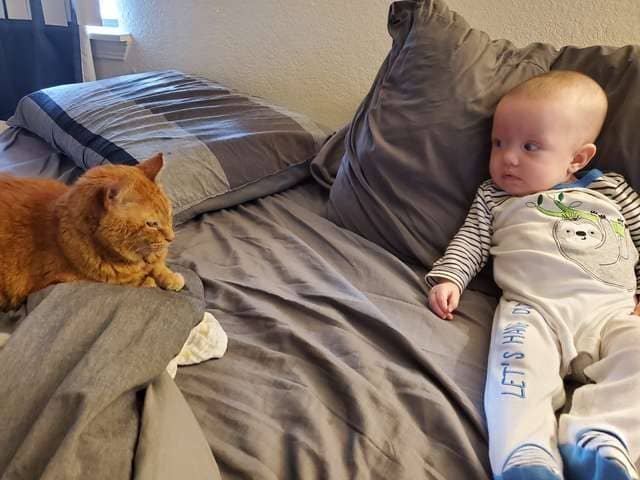 “When we first brought Hazel home, he did not care for her much,” Richardson said. “We put the infant carrier down and he sniffed her, then walked away and went and ate his dinner.”e had to adopt him!” 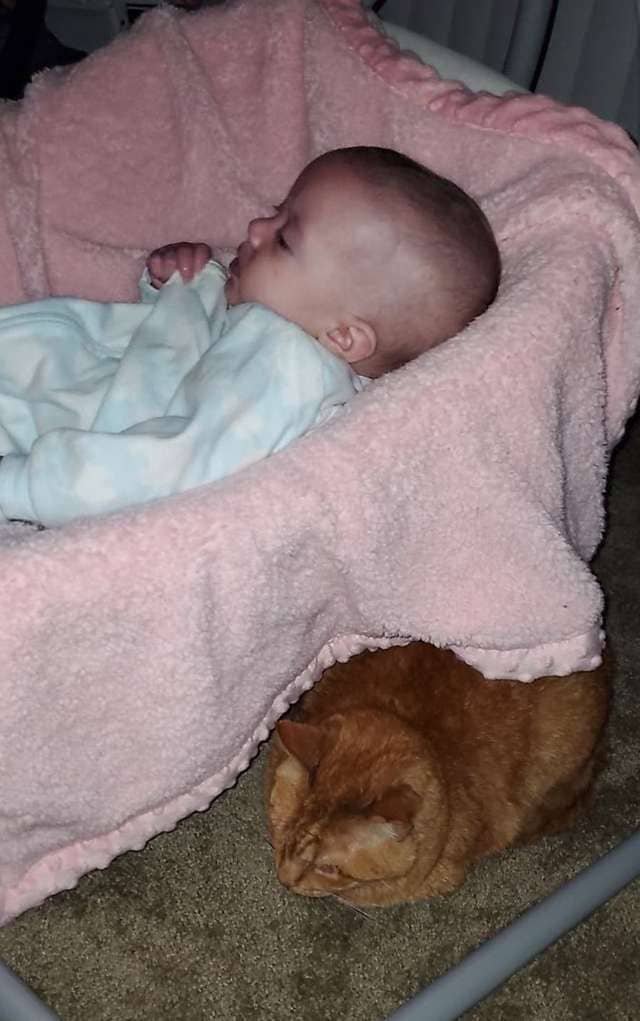 This stubborn ginger cat didn’t seem to care much for baby Hazel, and he even spent a whole lo of time showing that he didn’t like her at all. All of his little actions and attitudes truly  made his pet-parents believe the two would never hit it off, that is – until one day they glanced at the baby monitor. 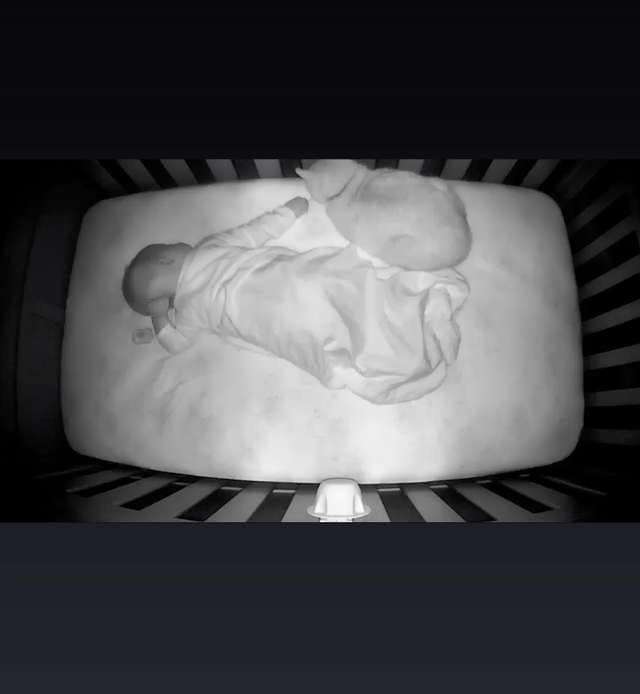 Sunny had apparently snick into Hazel’s room after she had been tucked into bed for the night. Sunny jumped up into Baby Hazel’s crib and curled right up next to her before falling asleep himself. Apparently, Sunny was just pretending to not like Hazel. Today, he loves her very much and very much enjoys snuggling up to her every chance he gets. Sunny even makes sure Hazel is OK by following her around wherever she goes. 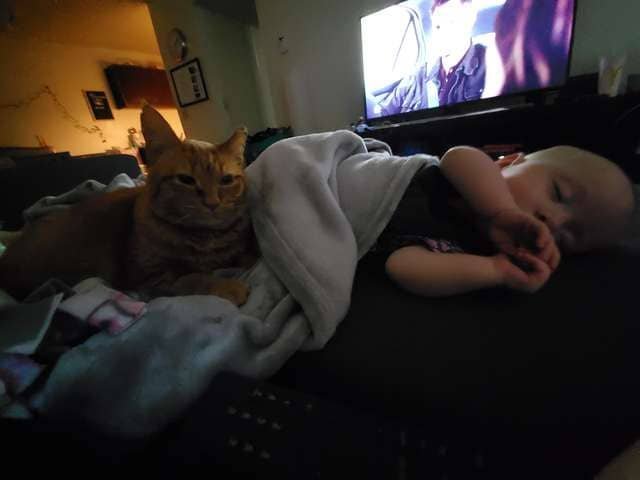 “He actually jumped in her crib this morning when she was crying and nuzzled against her,” Richardson explained. “She has not exactly gotten the hang of petting, so she grabbed him and he just stayed there. He is such a good boy.”