Social media isn’t for us anymore. Recently, it has been flooded with pet profiles, displaying all the beauty of cats, dogs, and whatnot else. We’re not mad about it – as a matter of fact, we’d rather look at cats all day long than the Kardashians or similar influencers. Take a look at these gorgeous Russian blue cats and their mesmerizing emerald eyes. Isn’t that the most beautiful thing you’ve seen on Instagram lately?

Xafi and Auri are two Russian blue cats that have silky silver fur and amazing emerald green eyes. Their most striking feature, though, are their smiles. Born in 2016, Xafi and Auri are twins which are hard to tell apart. Their parents know them by heart, though – Auri’s face is rounder and his fur is a bit darker. Couldn’t really tell it from the pics. 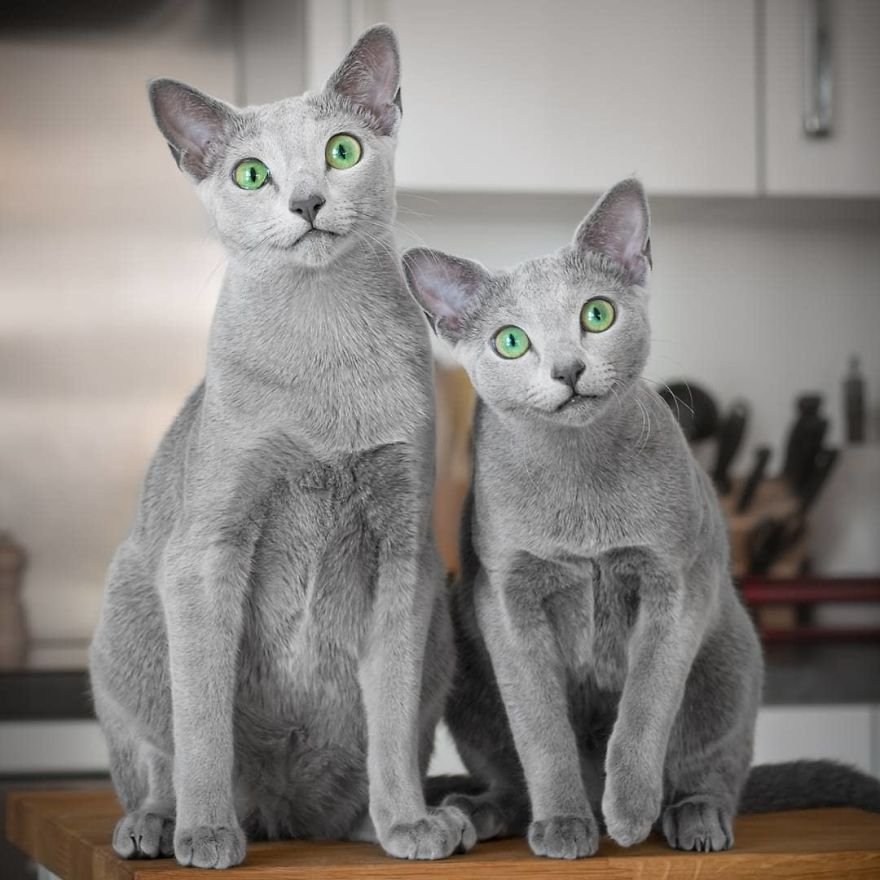 Although the cats look almost the same, their personalities are completely different. Xafi is the snuggly one, while Auri is a bit more, uh…independent. They’re both gentle, though, and love nothing more than to cuddle with their humans. 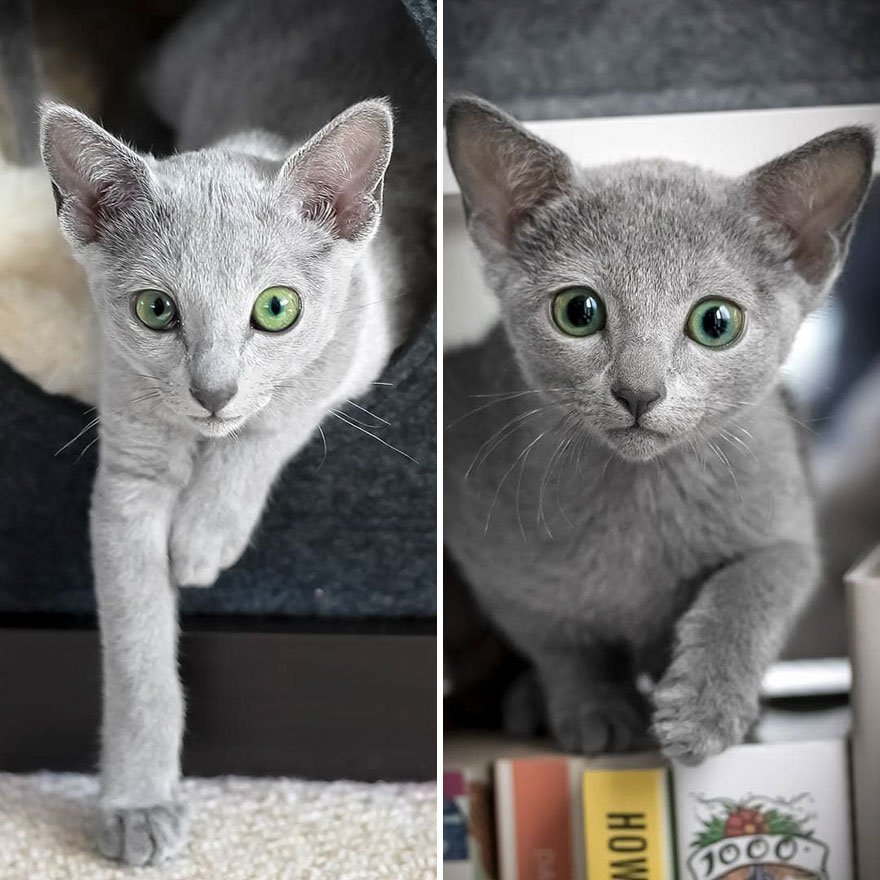 The different personalities can be spotted on camera as well. While Auri poses like a model and loves the camera, Xafi is a bit more shy. Their mom Anneken says that sometimes she uses toys to get the attention of both.

In 2018, the cat company in Anneken’s home grew. The woman and her husband took in another beautiful cat – a Somali cat called Errol. Adopted from Germany, Errol didn’t take long to fit right in with the twins. Of course, he joined them on Instagram as well, forming an unbeatable-looking trio that mesmerizes us every day. 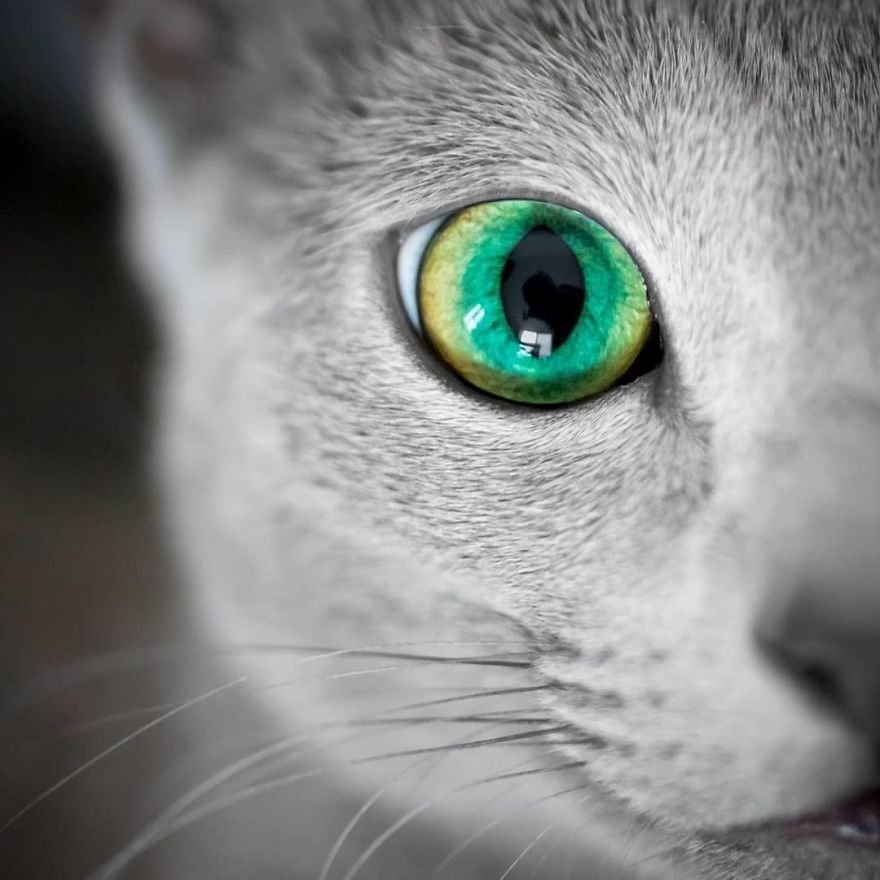 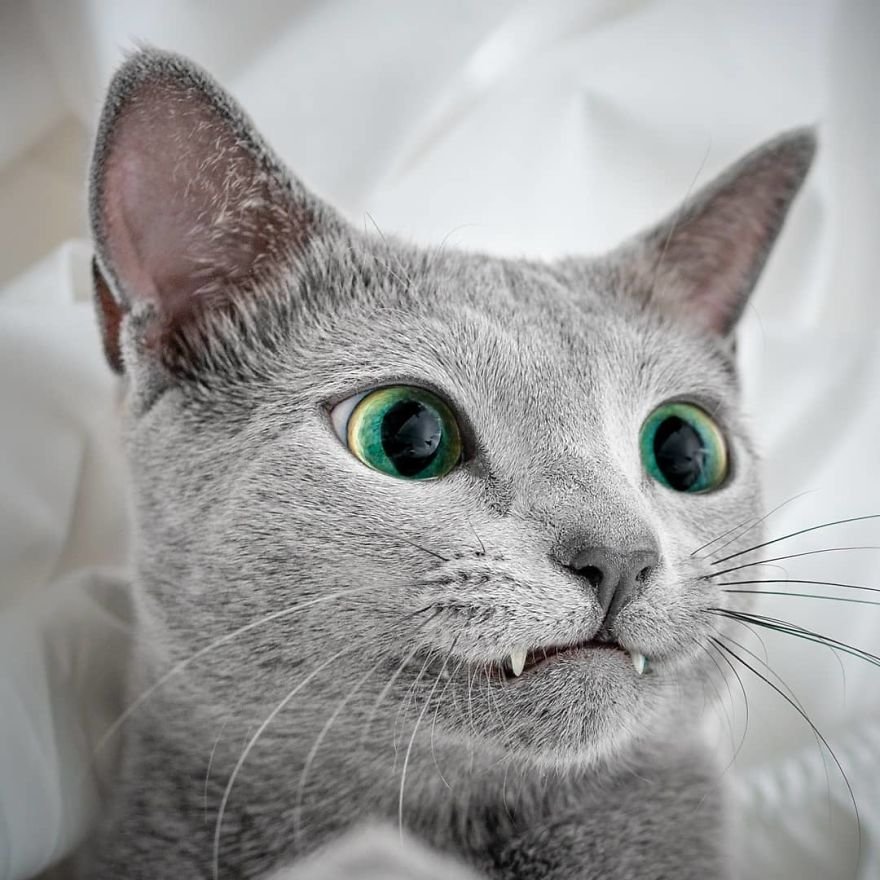 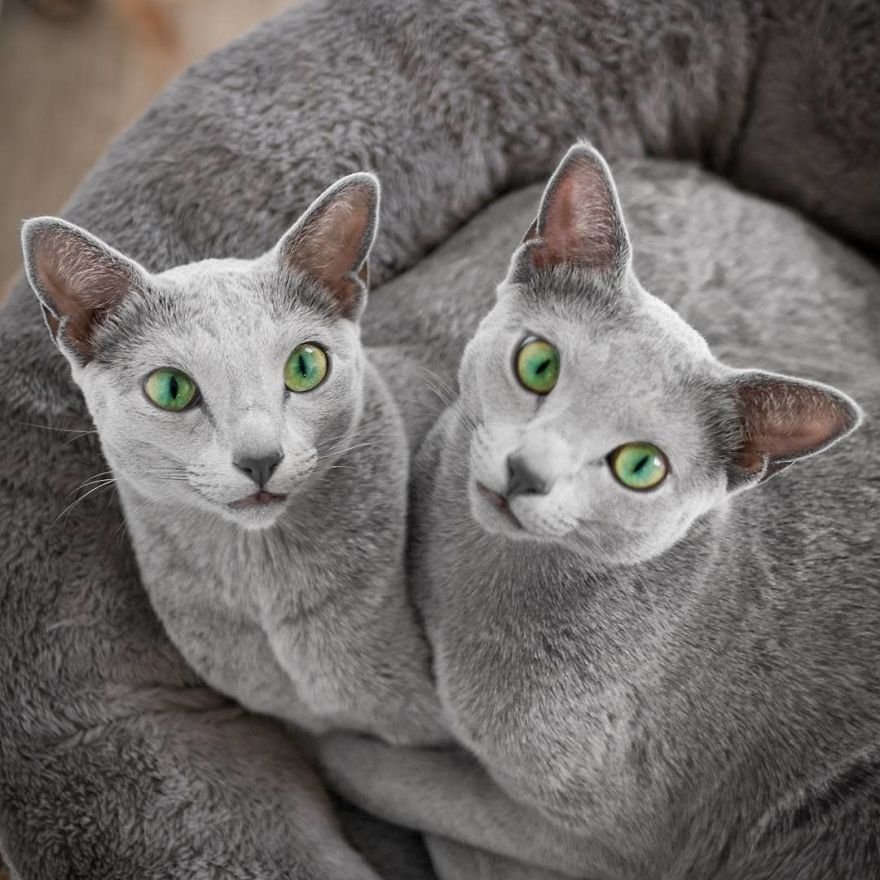 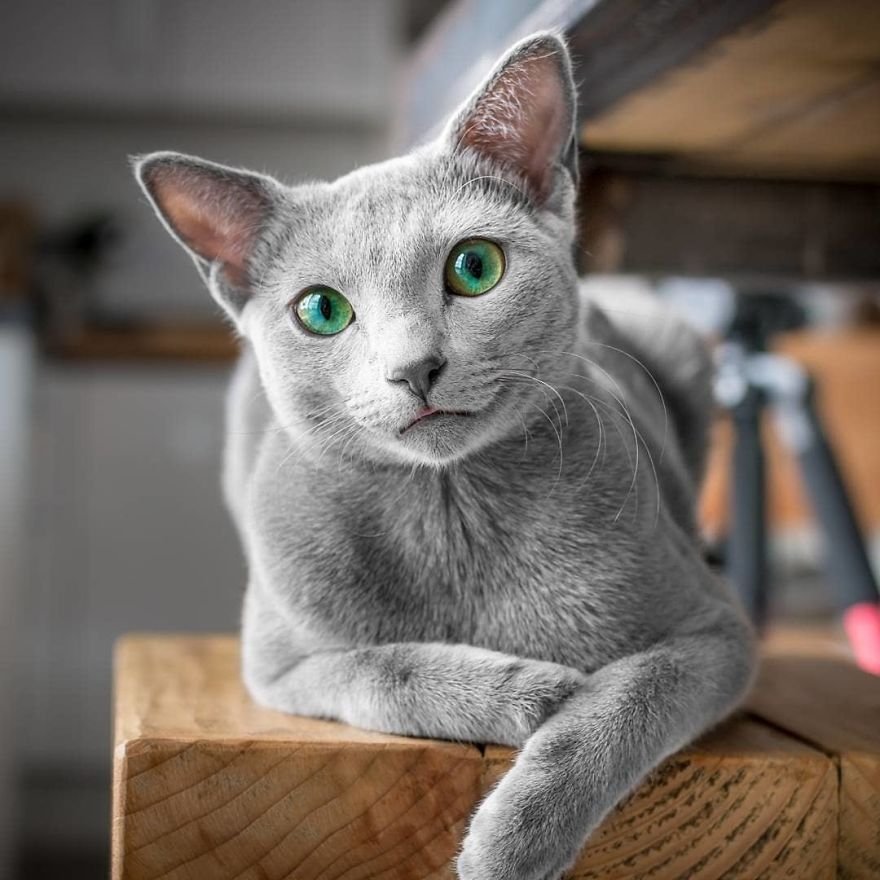 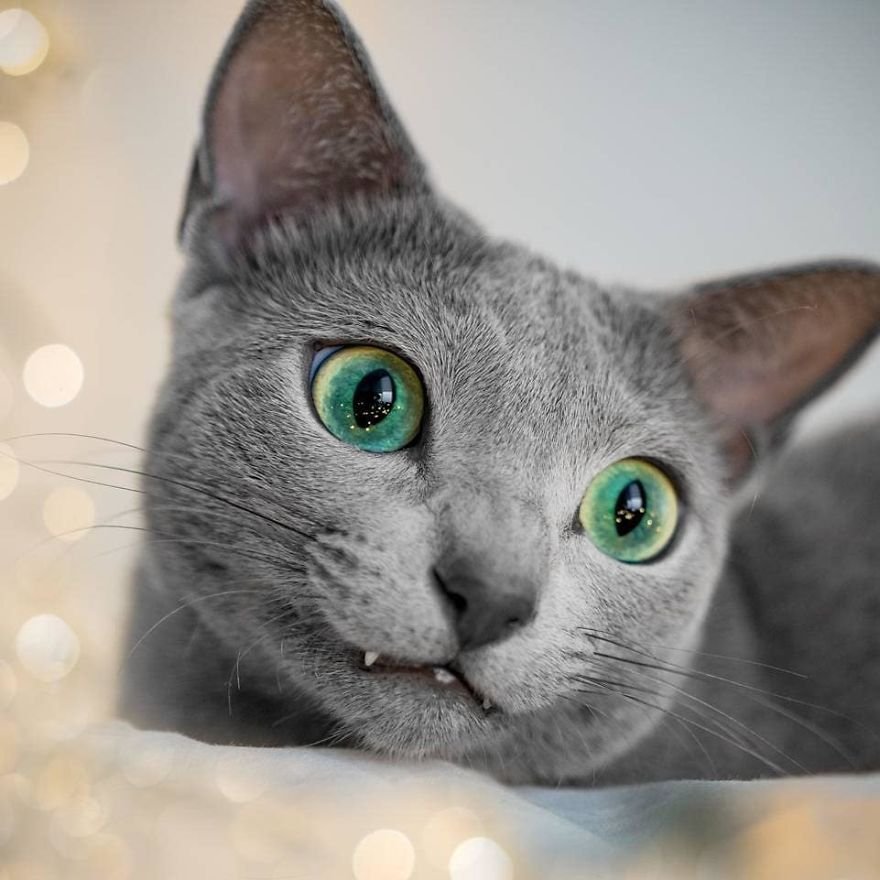 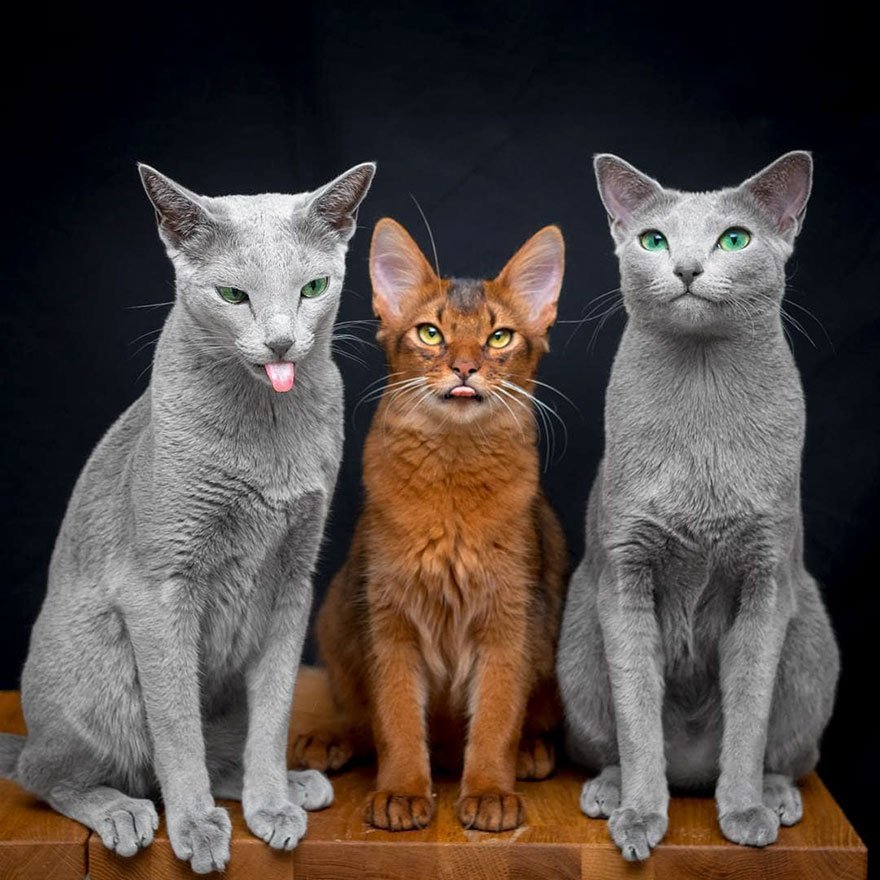 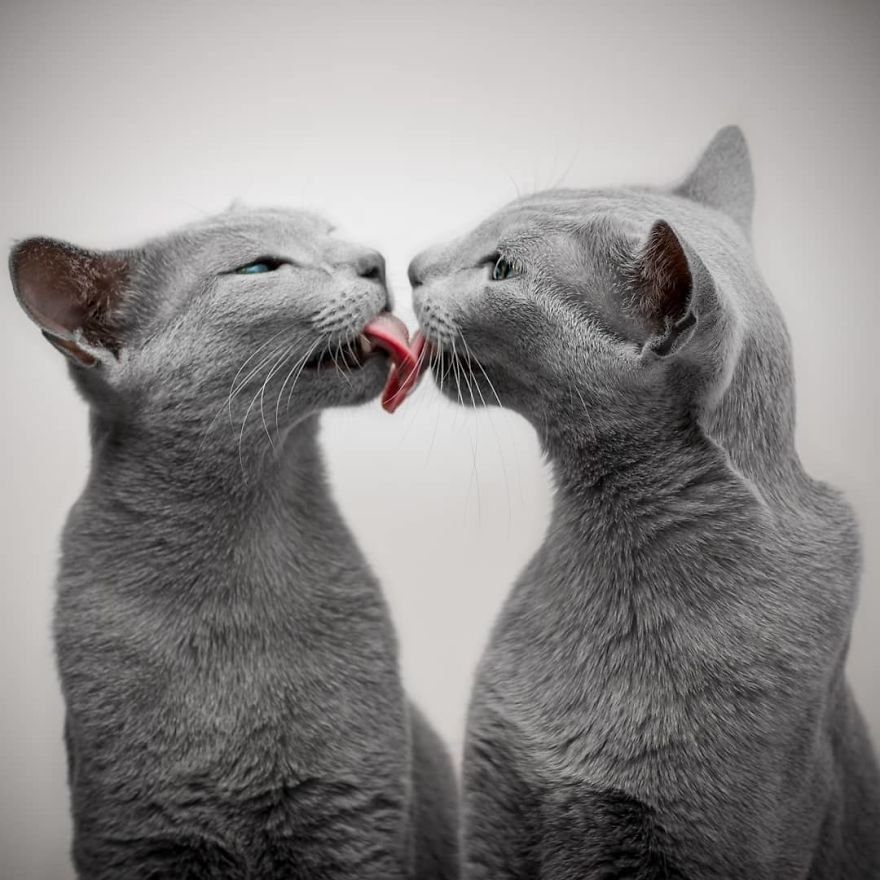 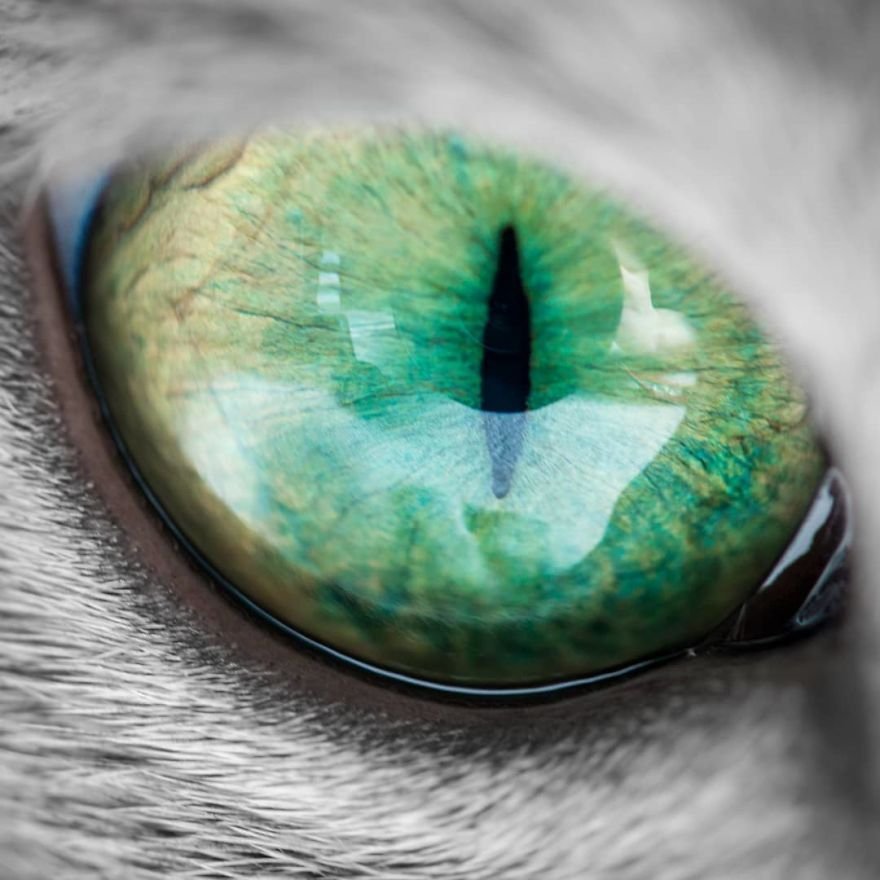