Meet Unagi who is a tabby kitten who was saved from death in just a nick of time.

The kind-hearted person who adopted Unagi, the human mom of another cat named Suzume, has stated that during her work break she accidentally stumbled upon a website where a kitten who looks exactly like her cat, Suzume was posted.

On 26 June, she decided to take a day off from work and hit the road to go and adopt the kitten. After a check-up at the vet, Unagi was taken to his new home. At first, he was quite afraid after the long ordeal and stayed in the carrier for a some time.

Unagi was just a bit larger than Suzume. Suzume had also been rescued. When he heard the meow coming from the living room, he ran. They saw each other for the first time and said hello to each other from a distance.

The cats’ mom put the two furries into a safe space so they could get acquainted with each other. Once both of them had become familiar with each other’s scents, they then began to interact more and more every day. It wasn’t long at all before Unagi was following Suzume everywhere around the house. 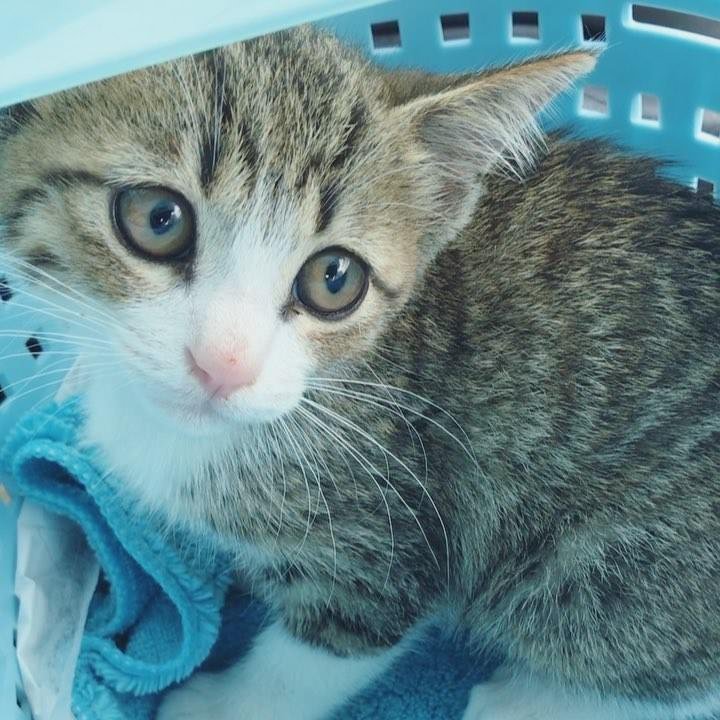 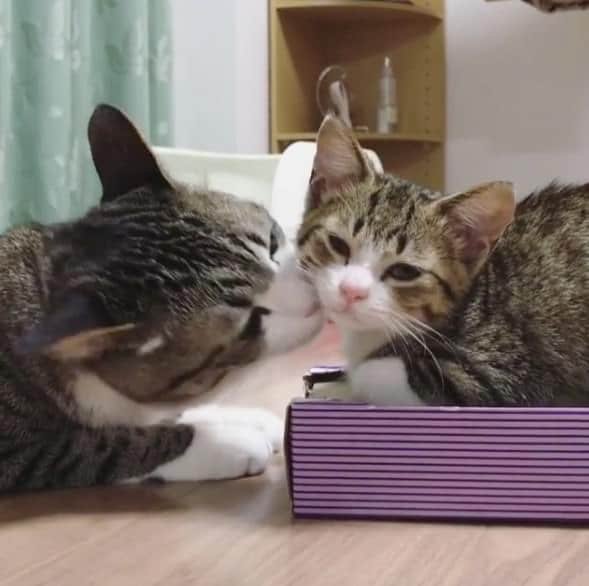 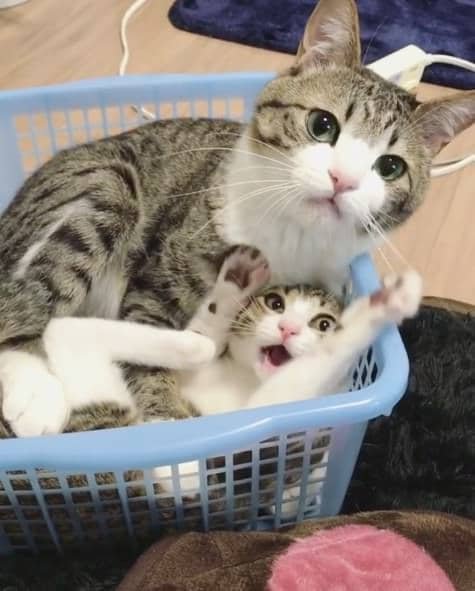 He squeezed himself tightly into the bowl so he could cuddle with his best friend. 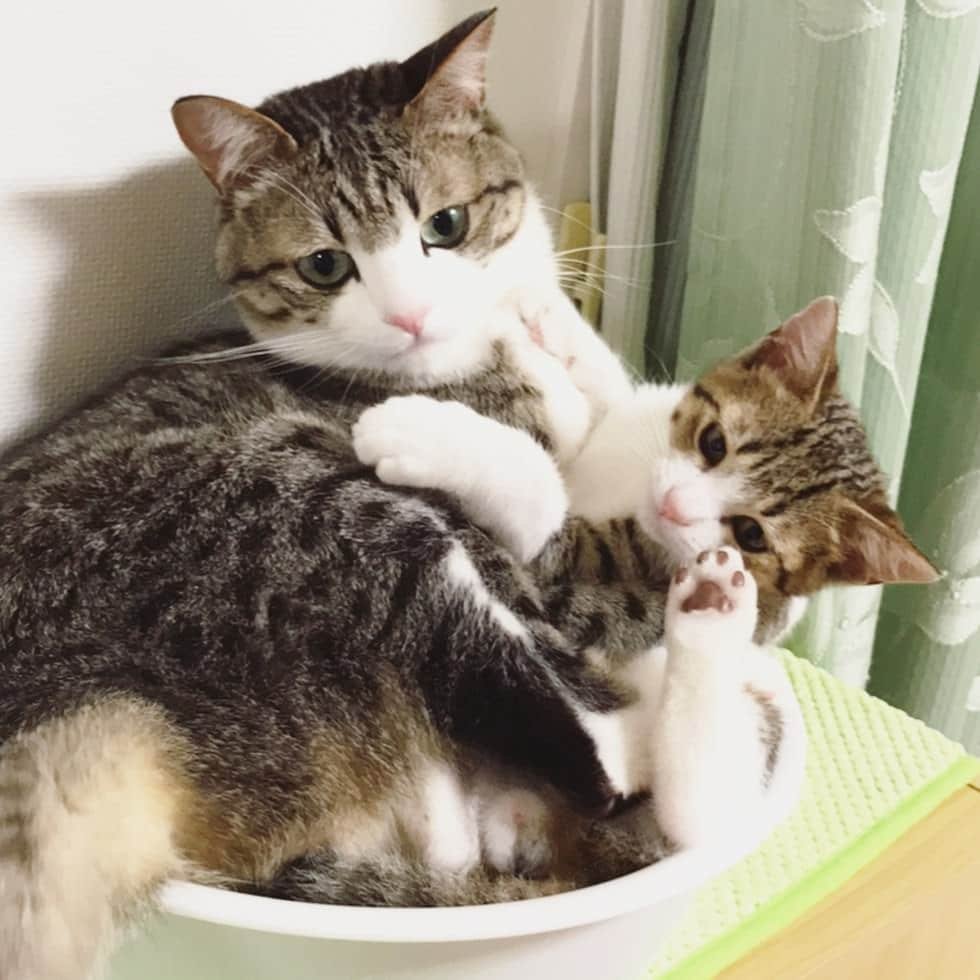 Here they are watching fishies and planning their next mischief! 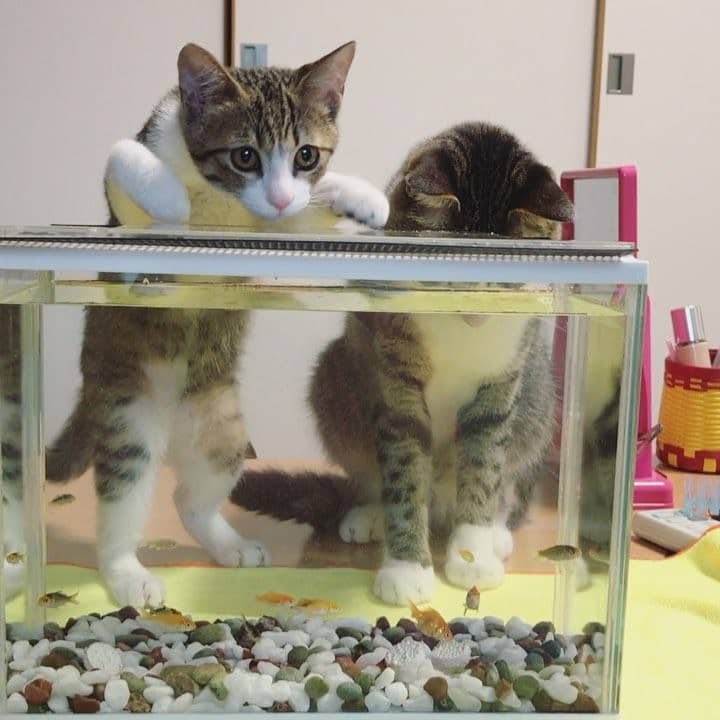 Suzume was rescued when he was tiny. Perhaps he was able to understand just what the little guy needed – love and a family. 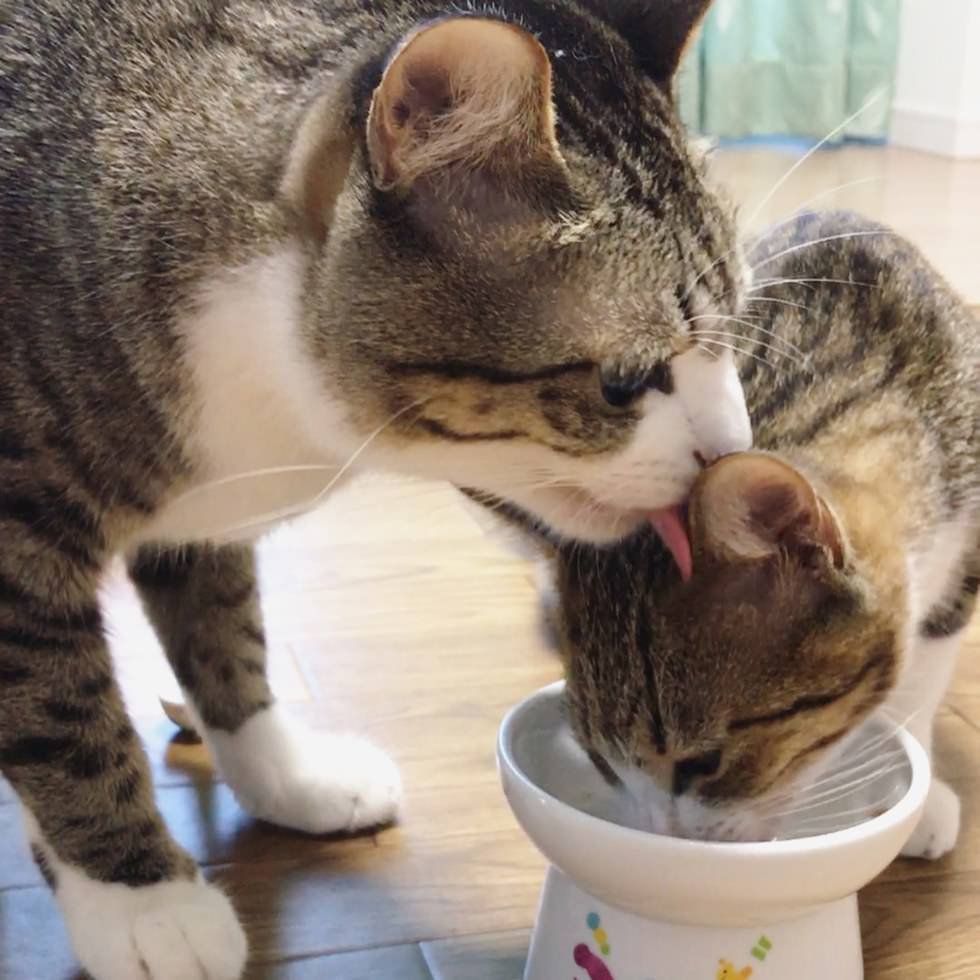 Though they are indeed from different mothers, they have very similar markings and look just about identical. 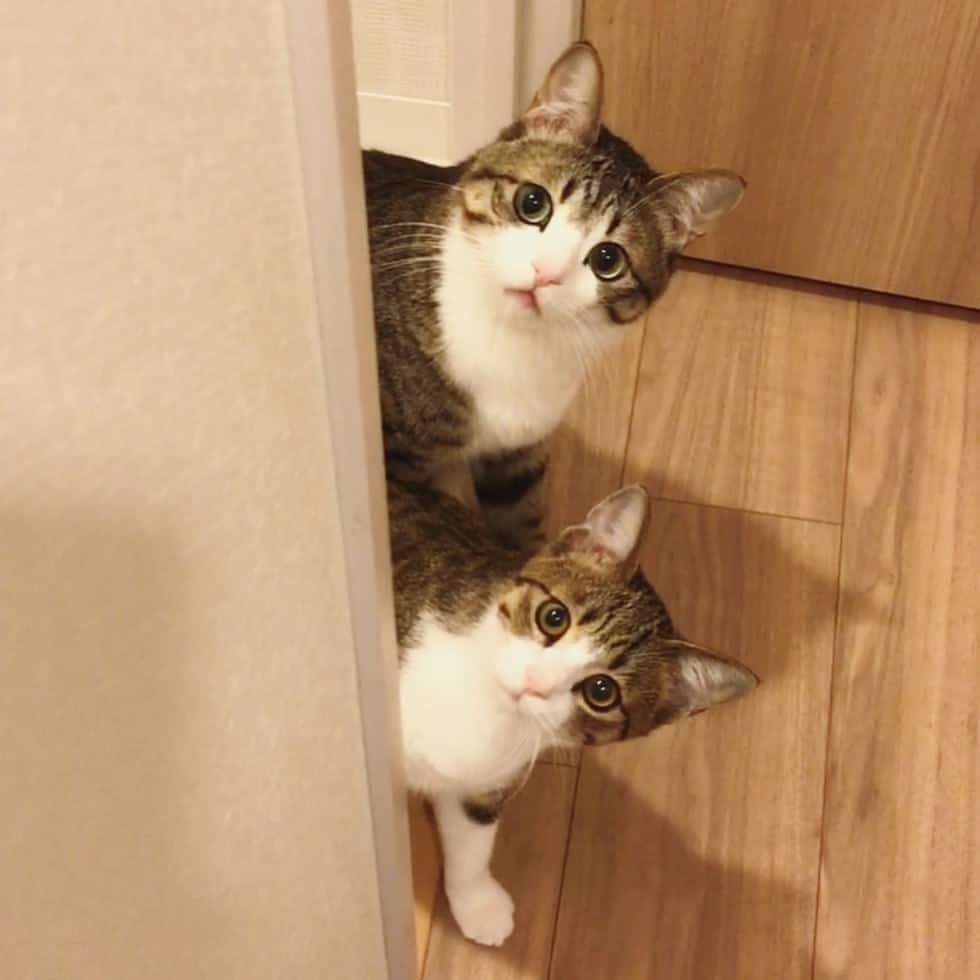 Unagi found a little hiding spot and shared it with his new brother. 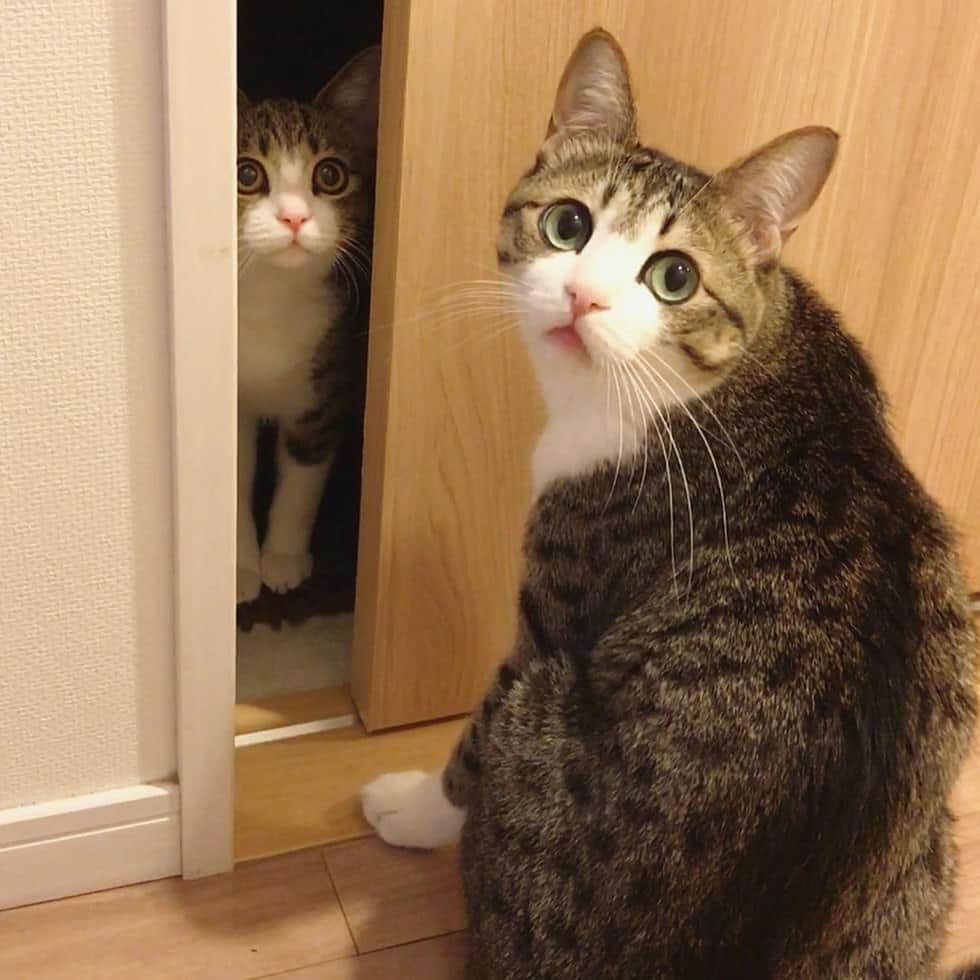 Unagi is now the happiest kitty he could possibly be when he has his brother by his side. 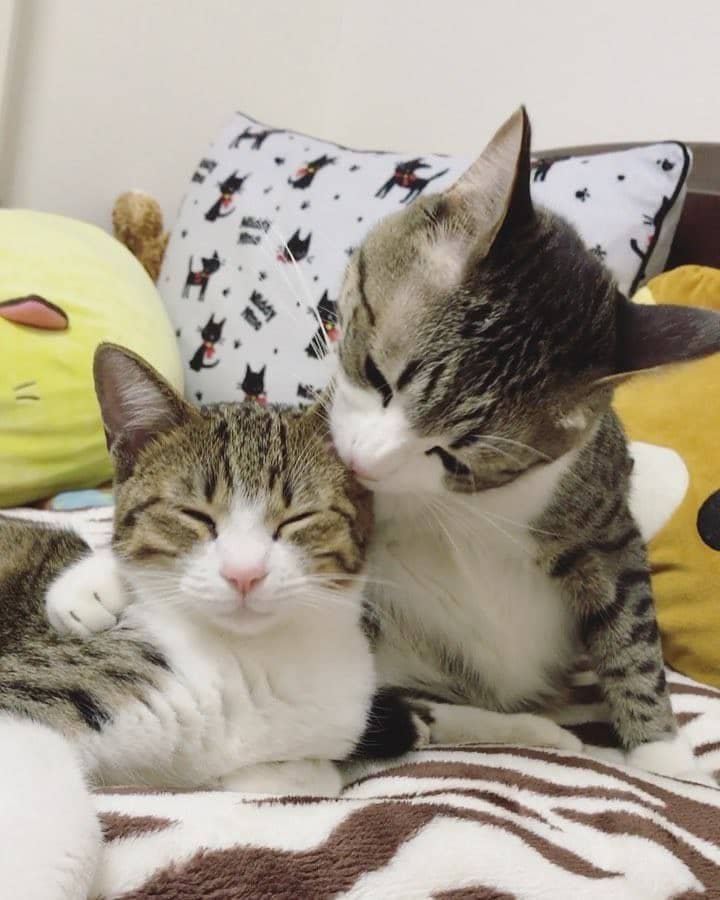 And today, they are literally together each and every second of the day. 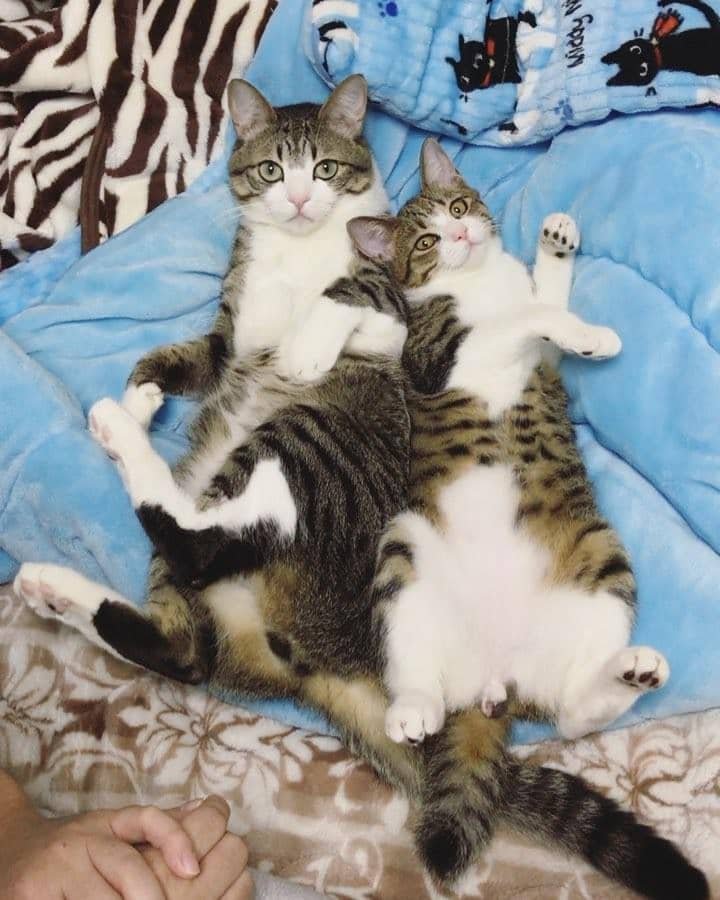