De La Salle, which is a university located in central Manilain, Philippines recently held a graduation ceremony for a special student. This wasn’t the average ceremony held each year honoring the graduating classes. This one was to honor Archer, an adorable cat mascot who had guarded the campus for 6 years before he moved to his forever home for medical reasons. 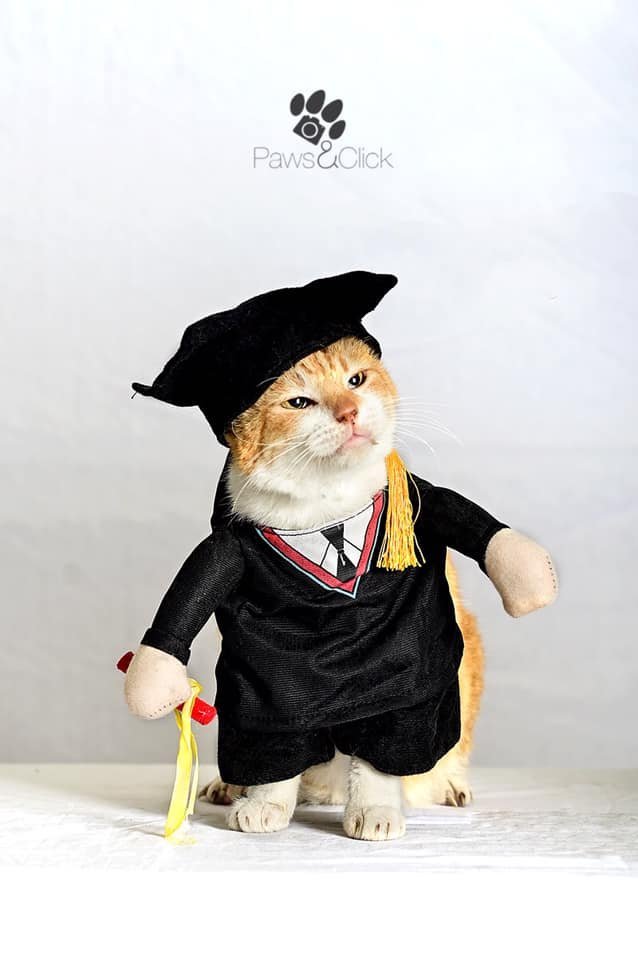 Archer was born back in 2013 when he was a stray ginger boy found lounging near the campus’s North Gate. With his piercing gaze and aloof demeanor, Archer confidently claimed his place in everyone’s hearts as the King of all the campus cats. Students at the university often relieved their stress with a quick visit with Archert.

In 2014, was assigned as a security guard located in a building near the North gate. “He is too friendly,” she the woman said, describing Archer, also known as ‘the security cat.’ “He will approach you, but if you don’t have food, he will scratch,” a student warns. 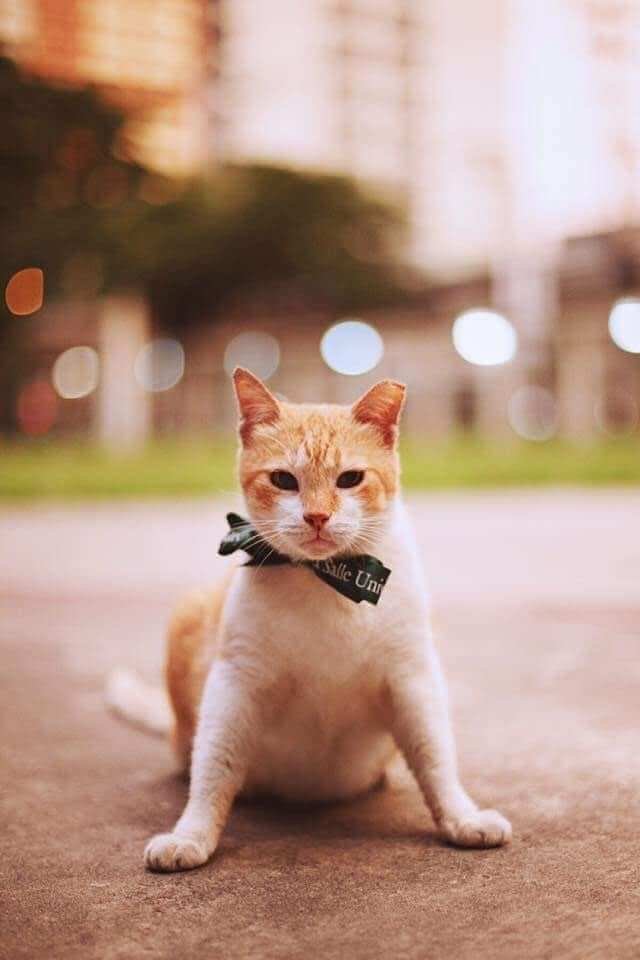 For a few years, everyone was familiar with the appearance of the orange and white cat that roams around the halls and gates of the university campus. However, on March 27, students said goodbye to their friend as he was moved into another facility. 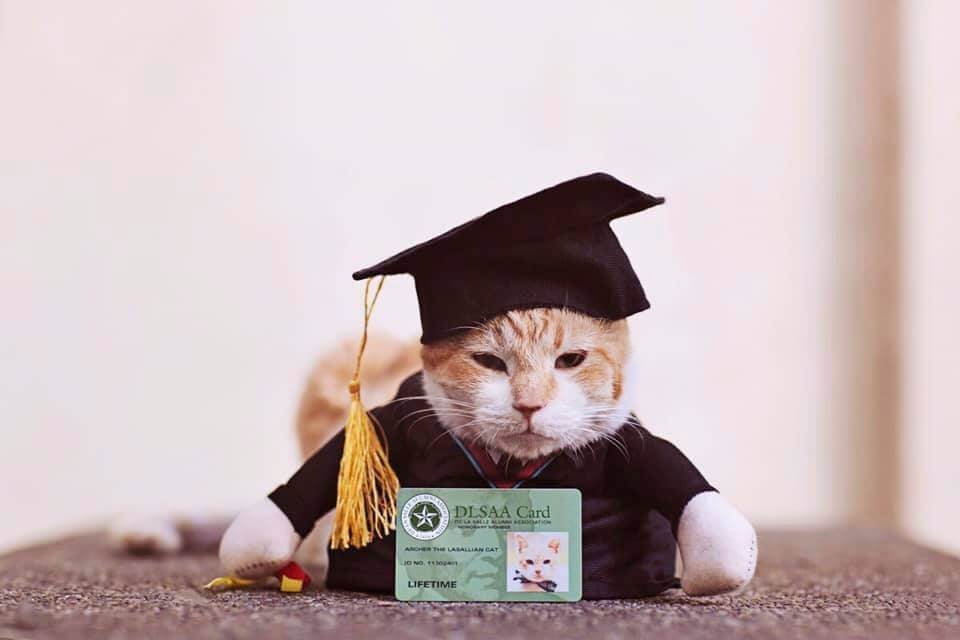 Due to the state of Archer’s health condition, it was decided that he be re-homed. He was moved into a real home where he now get the proper treatment for his medical conditions. “We can’t guarantee he won’t be fed human food [if he stays] which is bad for his fatty liver level,” Professor Laureen Velasco said to local media. 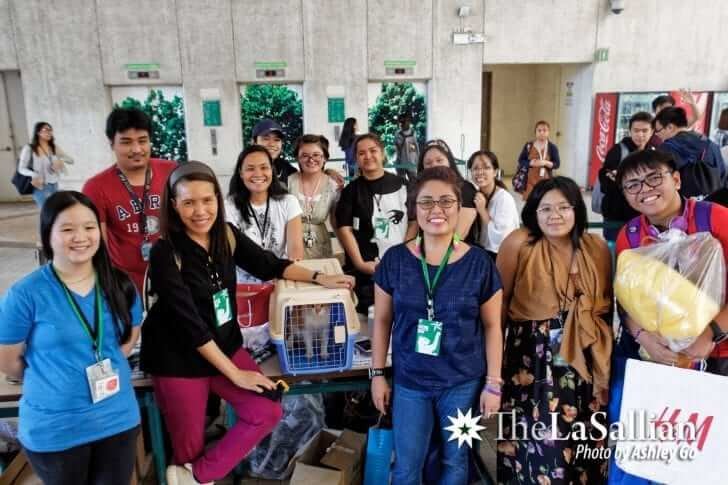 Before Archer left the campus, though, university heads decided to have a huge celebration for the ginger-and-white cat. Archer was even dressed up like a graduate and was presented with a lifetime alumni card, according to reports. 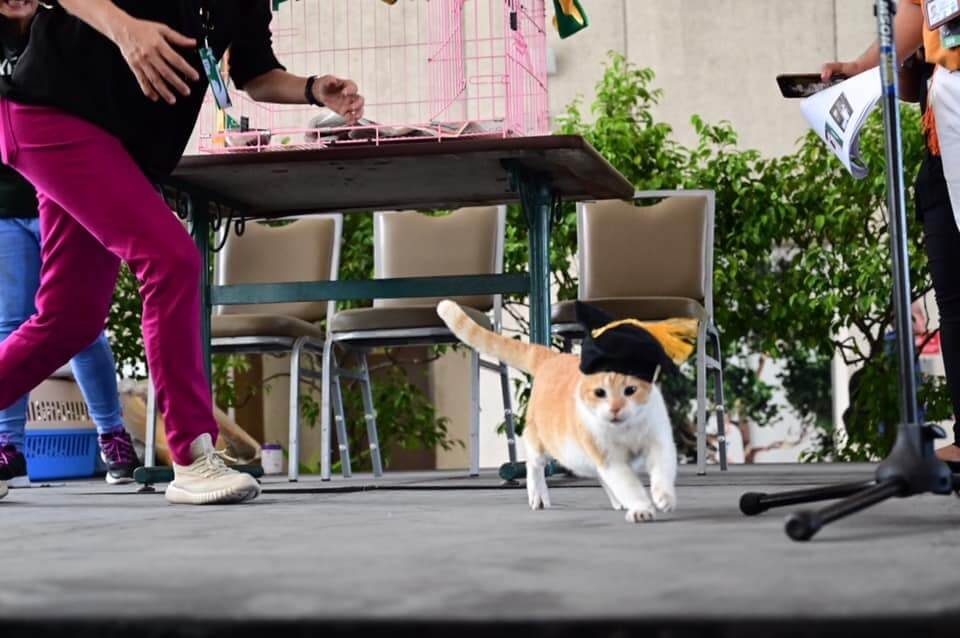 Although Archer’s relocation is probably the only way to help him, his departure was bittersweet.. Happy Graduation, Archer!