Rachael Lawrence, a 40-year old woman from Essex, was devastated when her cat Barnaby went missing 8 months ago. After some time her kids persuaded her to get a new kitten, and she named it Torvi. He was 11 months old when Rachael brought him to a vet for a procedure. A day later, she called the vet and could hear a cat meowing. When she asked if it’s Torvi, they said that it’s just a stray that was brought in a week ago. Torvi was all great, by the way, but the meow she heard bugger Rachael for hours. 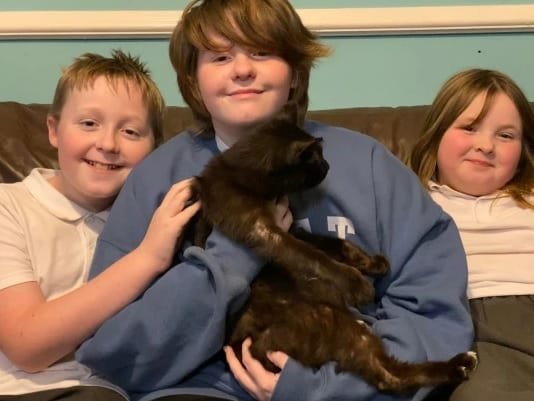 A few hours later, Rachael decided to call the vet’s office back and ask about the stray. She had a hunch that it was her long-lost cat. She asked the staff if the cat was black and they confirmed. She then asked if he had a specific white patch on his back feet. The answer was affirmative as well. She couldn’t catch her breath crying over the phone and immediately rushed to the vet’s. 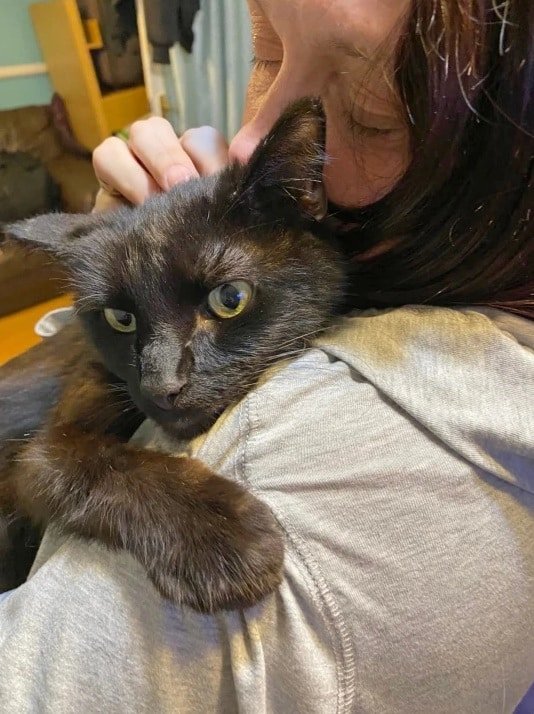 Rachael says that she knew it was Barnaby right away. Of course, after confirming the cat was hers, the staff allowed her to take him home. He’s lost a bit of fur and a few pounds, but was otherwise in perfect health. 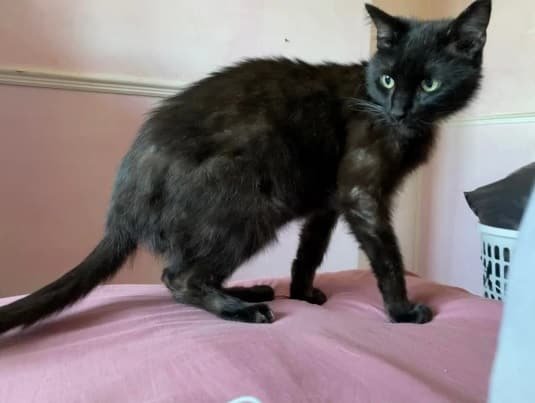 It was an emotional reunion with Barnaby for Rachael and her children. The runaway cat is now living with his new brother Torvi and they’re getting along well. We’re happy that this story had a happy end – many don’t end this way.