Not long ago, the Sparkle Cat Rescue was notified about a momma cat with two kittens found under a Walmart shopping cart. A team of volunteers was immediately dispatched to the market, and found the trio lurking under a row of shopping carts. They were rescued in 10 minutes after the momma and her kittens were lured in a humane trap. One of the kittens was an escape artist and gave the volunteers a run for their money. Nevertheless, they were soon in the safety confines of the animal center. 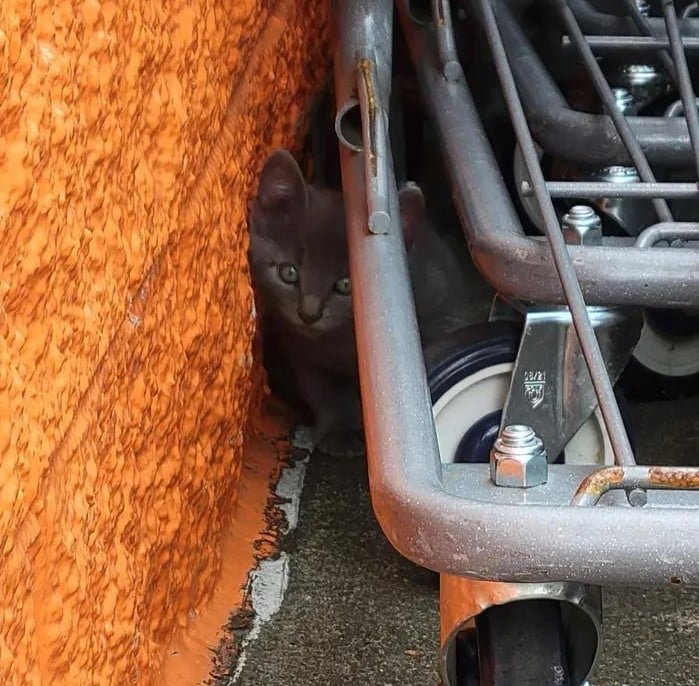 Thus began their long road to recovery. Initially, the trio were not very trusting. They didn’t want to leave the cate and were pretty timid. Of course, they were left to rest and eat something, and as soon as the shock passed, they managed to rest nicely overnight. After just a day in the center, the kittens were not that shy anymore. They were still timid, but they began getting out of their shells and their characters emerged with each passing day. 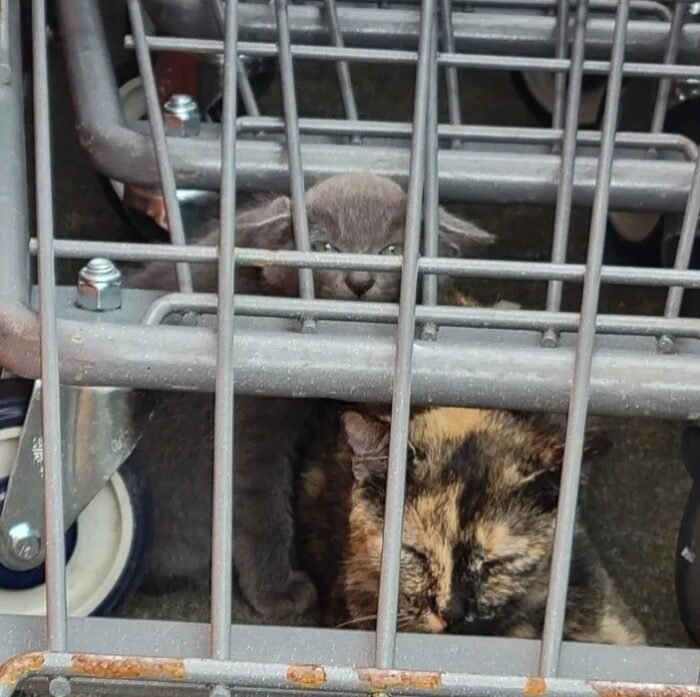 Walmart’s employees said that the cats lived in the garden center. If the kittens stayed in the parking lot for a while more, they would have die for sure. They were named Raz and Taz and had no trouble eating canned food like older cats. Of course, they enjoyed nursing on their mom too for additional snacks. The two brothers shared an inseparable bond from the first day. Whenever one went, the other wasn’t too far behind. They played together all day long, then cuddled up and enjoyed some sleep time. 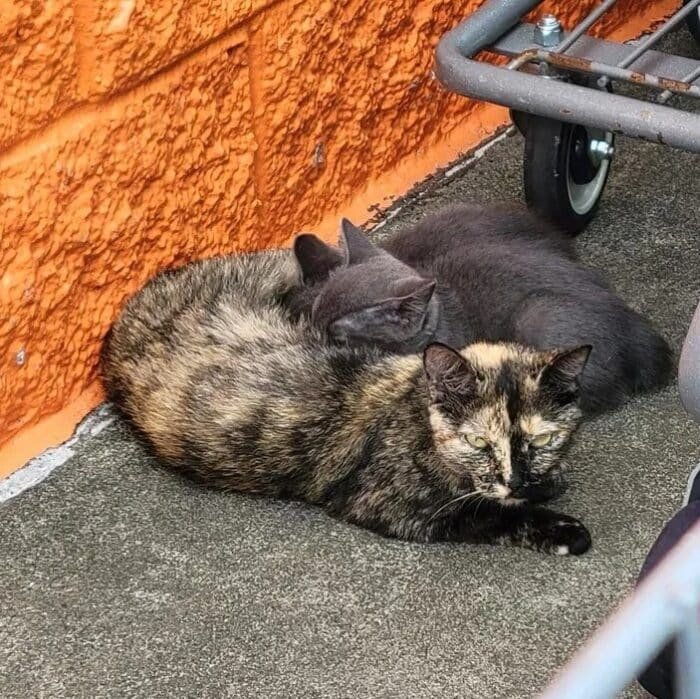 Their momma needed more time, but she settled in well after a while. In just a bit more time, they will be put for adoption after passing some time in foster care. But, considering how much they’ve progressed in a short time, we don’t think they’ll have trouble finding a loving home. 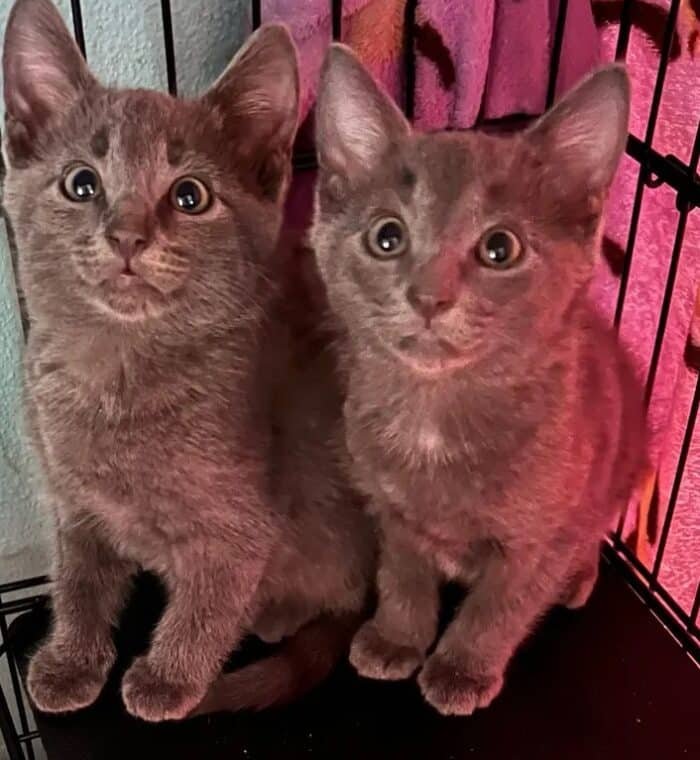 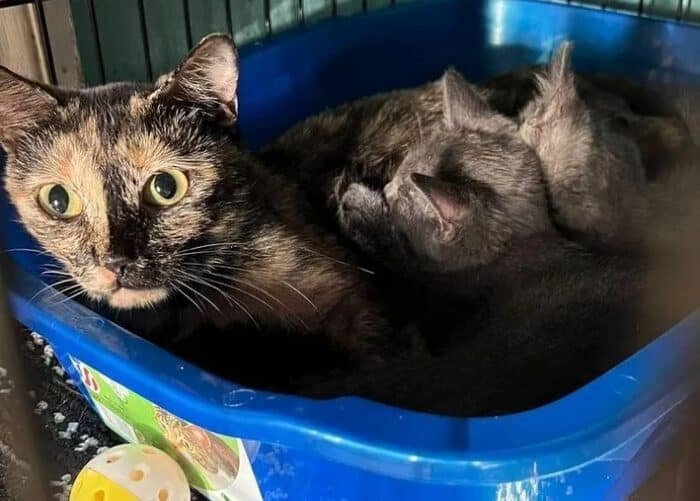 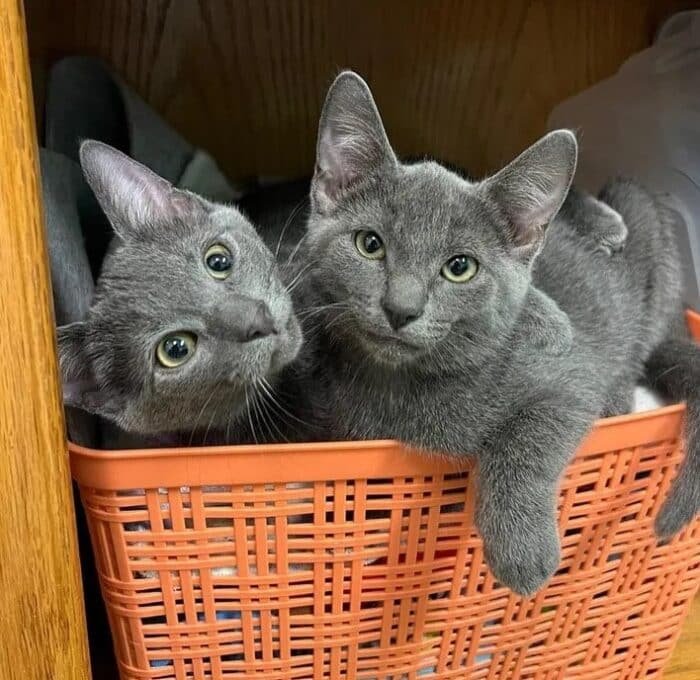