Cats are the coldest of pet characters, right? At least that’s what most people think. While there can be cute and cuddly cats here and there, most of them are not cuddlers. Neither was Grace, a cute cat rescued from a shelter 5 years ago until one dramatic day in her life. 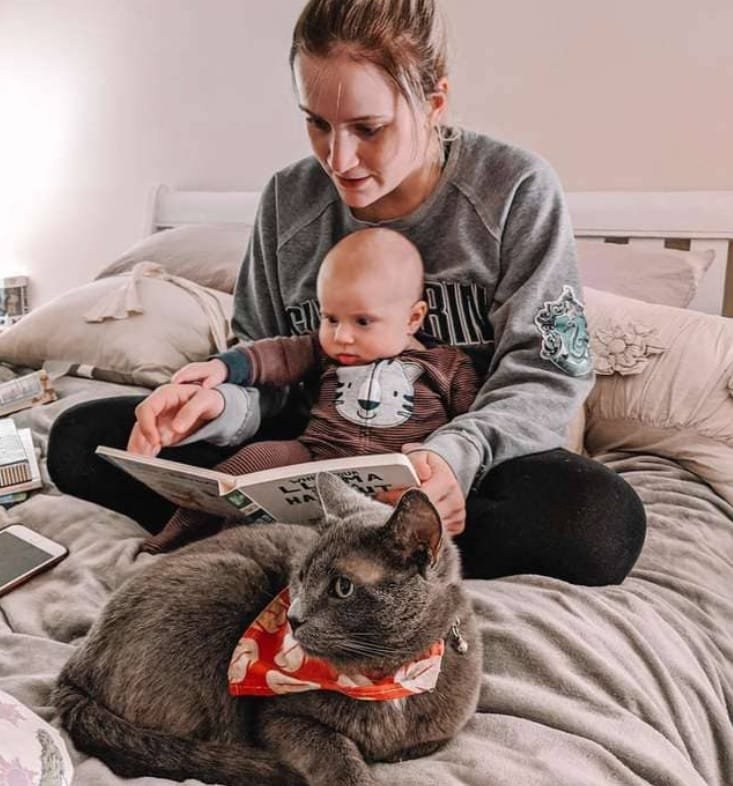 Grace was rescued by Jeannie Seiler-Lederer. She was always a cute and friendly cat, but not a cuddler. You could say that Grace was as cold as any other cat. However, all of that changed when Jeannie gave birth to her first child. 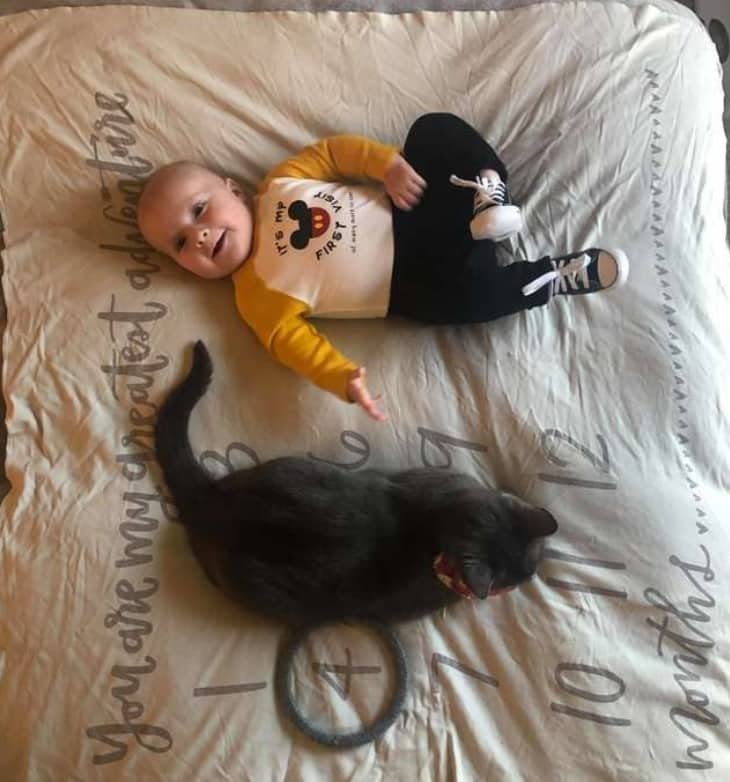 Jeannie was unsure how Grace would react to the baby initially. After bringing it home from the hospital, the first thing she did was help Jensen and Grace meet up. Everything went great, and the addition of a baby in the home also made Grace quite a cuddler. 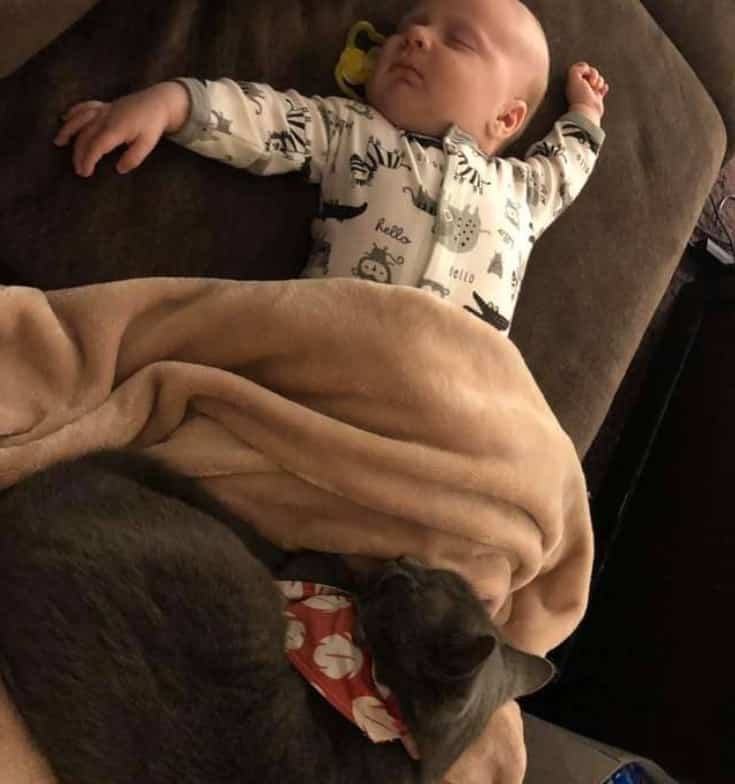 The new mom says that she cuddles up to Jensen wherever he takes a nap. She’s either next or on top of him. It took a while, 6 weeks more specifically, but the two are inseparable now. 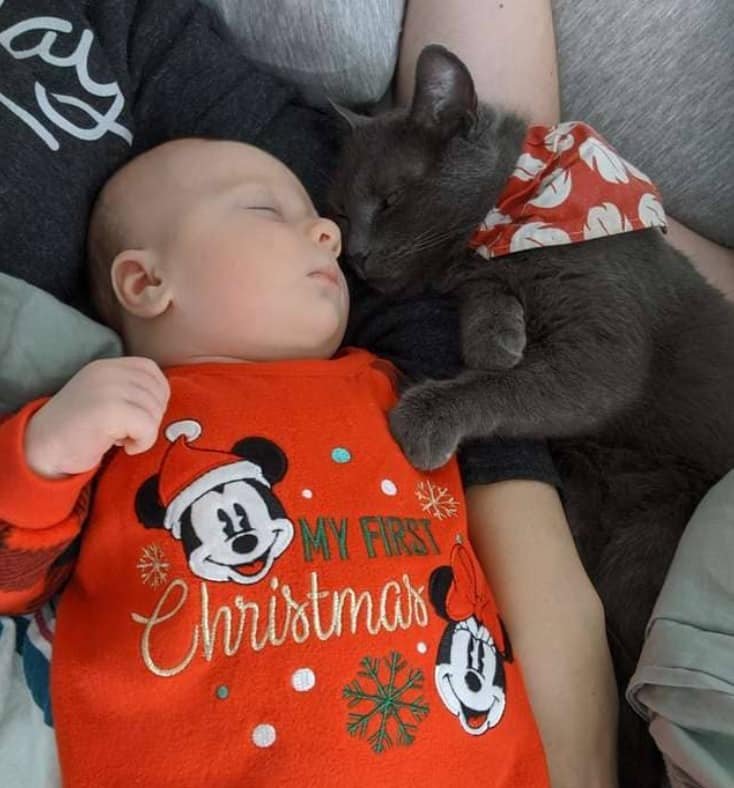 Just take a look at Grace with her new bro – aren’t they the cutest buddies?