On New Year’s Day, Dorset Rescue Kittens, a cat rescue center in Ontario, received a call about a pair of kittens that wandered into a backyard. They weren’t doing anything wicked – they were just playing in the snow. However, the owner wanted to see them rescued as it was pretty cold outside, and they wouldn’t survive for days. 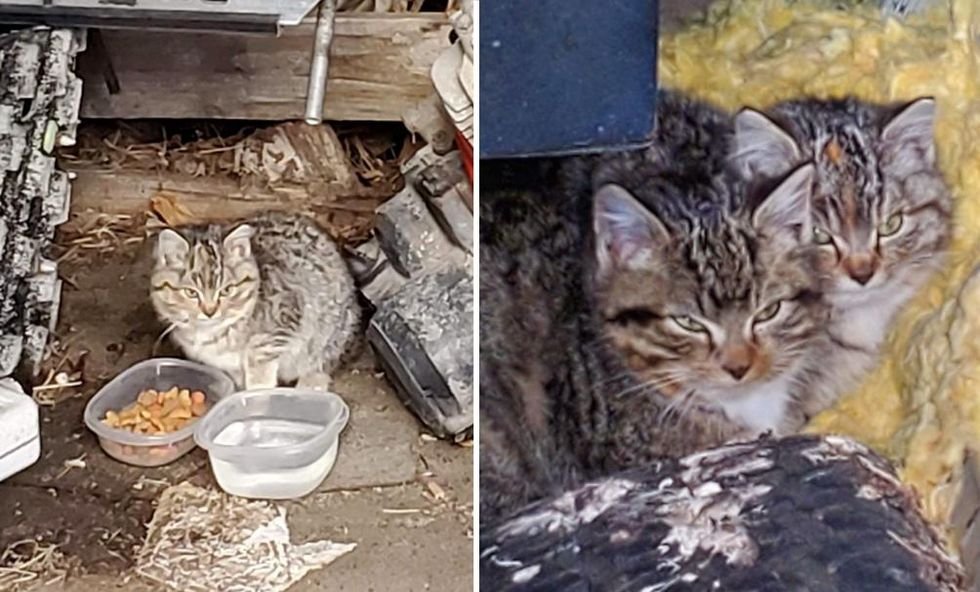 The family who saw them knew right away the kittens needed help. After an hour, the rescue center arrived at the scene and spotted two feral kitties who wouldn’t let people anywhere near them. Food and water were immediately put on the scene, and with patience, the kittens eventually went to a secure area. 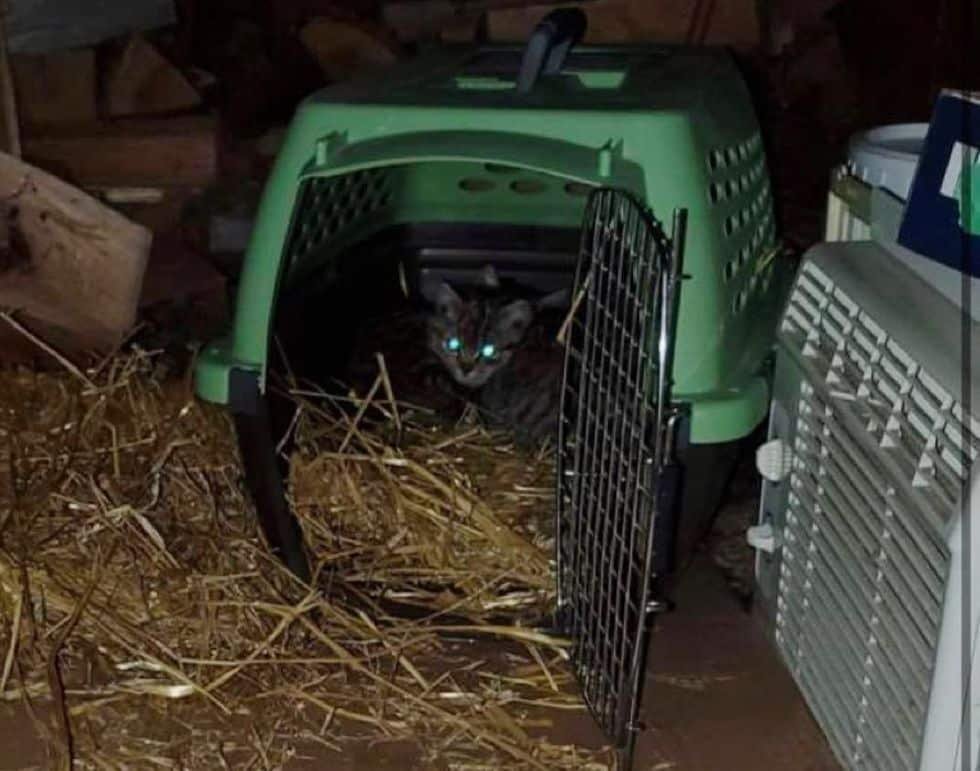 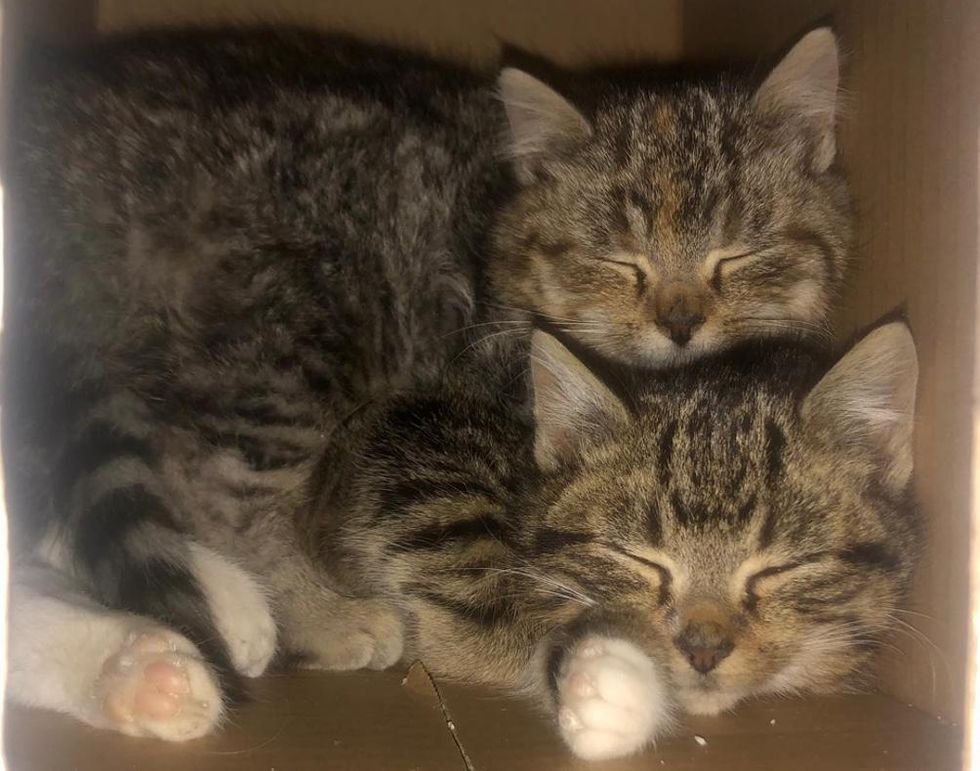 A New Lease of Life

From the moment they entered the carrier, the kittens were inseparable. They didn’t leave each other’s side while being transported to a foster home. With the help of their new foster parents, they started socializing.

It didn’t take long for the foster volunteers to learn that there was cuteness and a strong bond under the feral surface. Named Hampshire and Shi, the pair of kittens required a lot of work. With patience and the right approach, they broke the feral image every day. 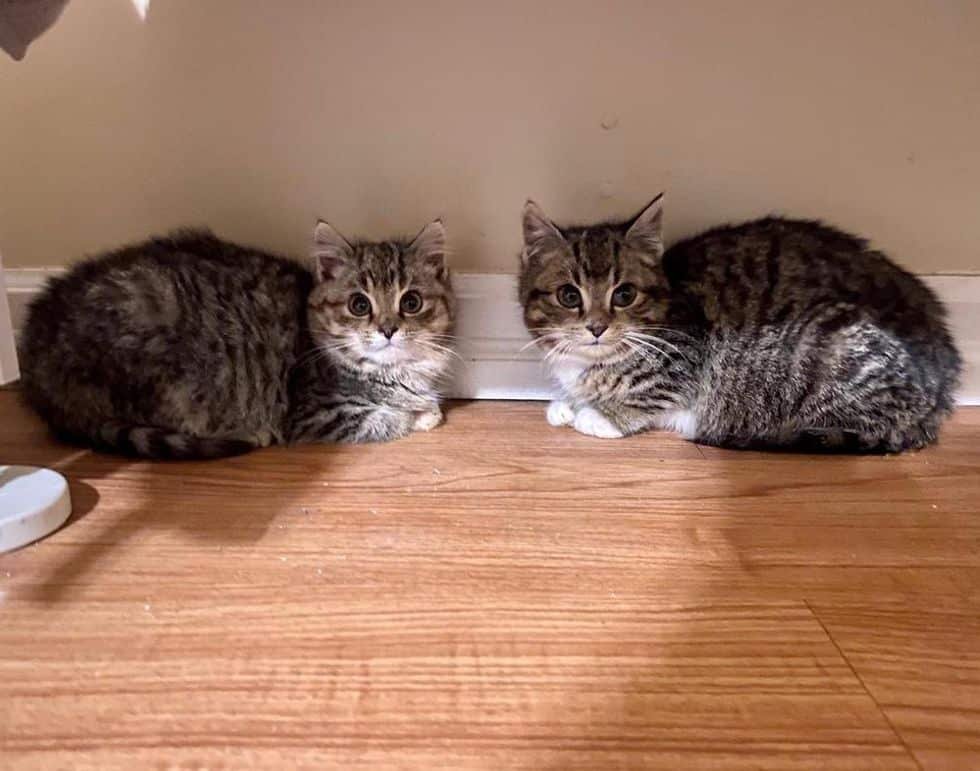 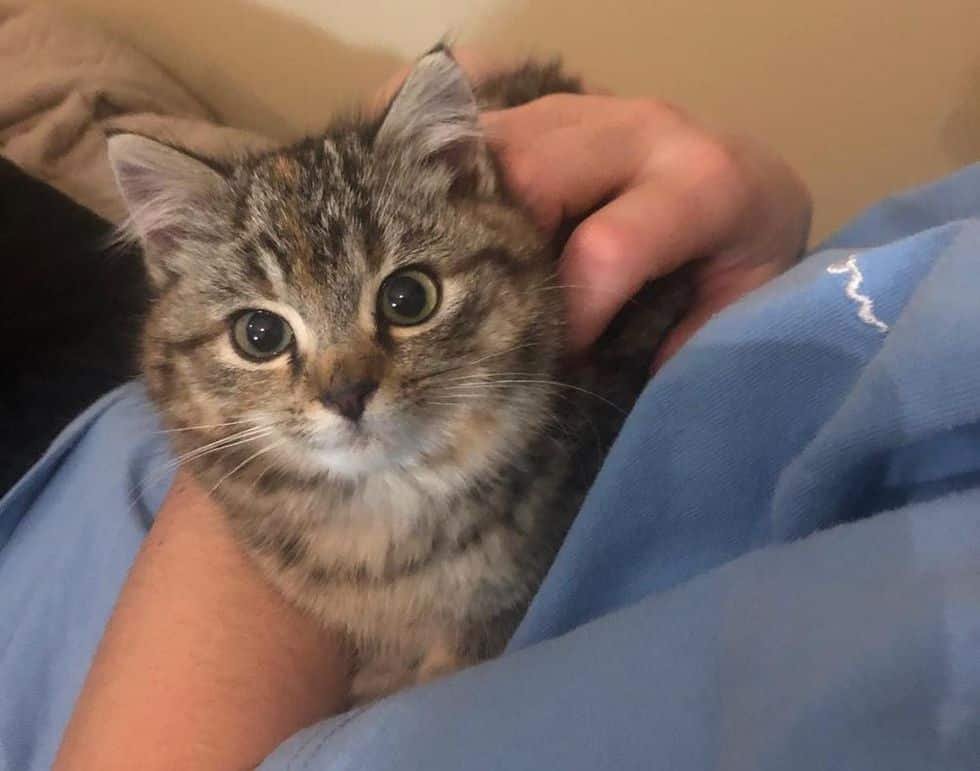 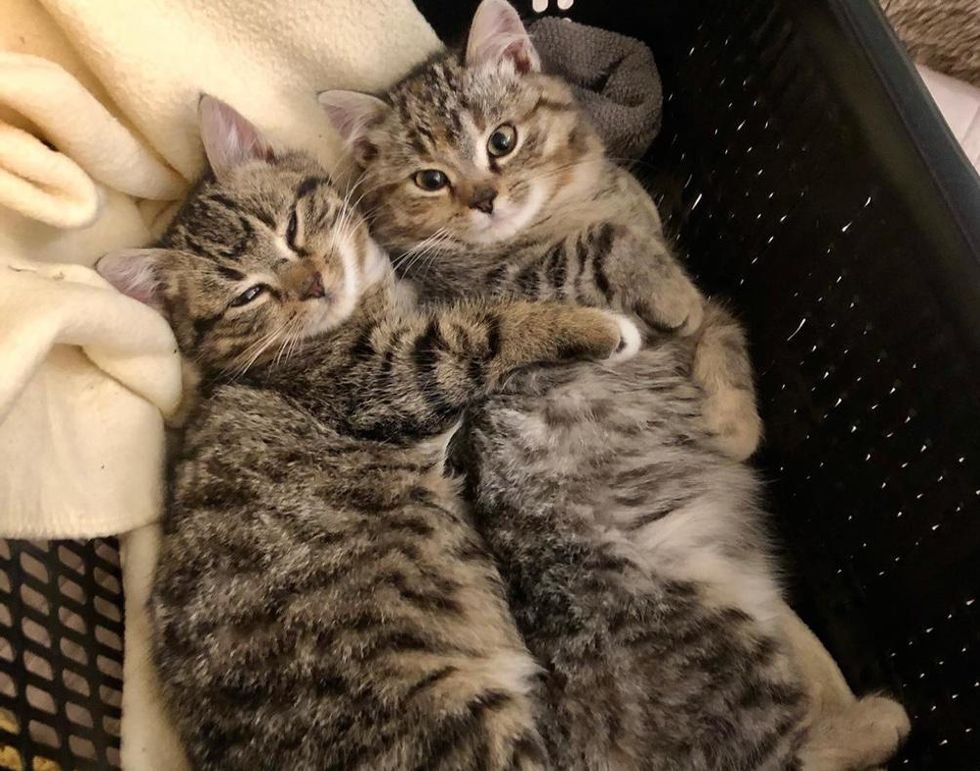 After a week, they finally came out of their shells. They started socializing with their foster parents and quickly discovered the joy of cuddles. At the same time, they were still reluctant to leave each other’s side. And that was perfectly OK with the foster family. 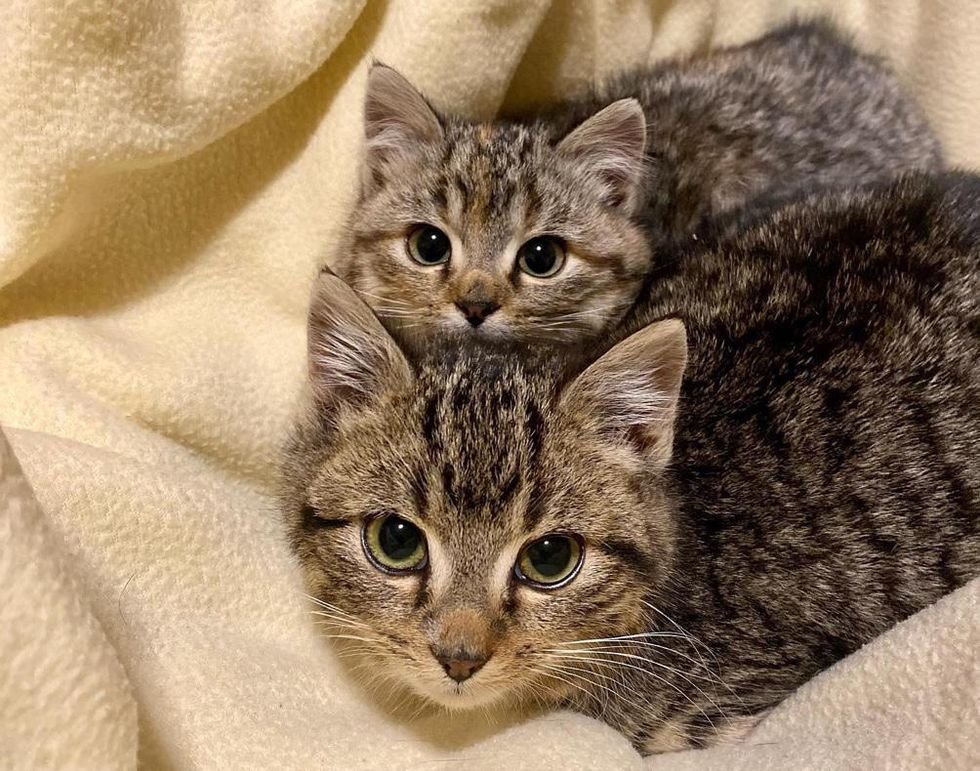 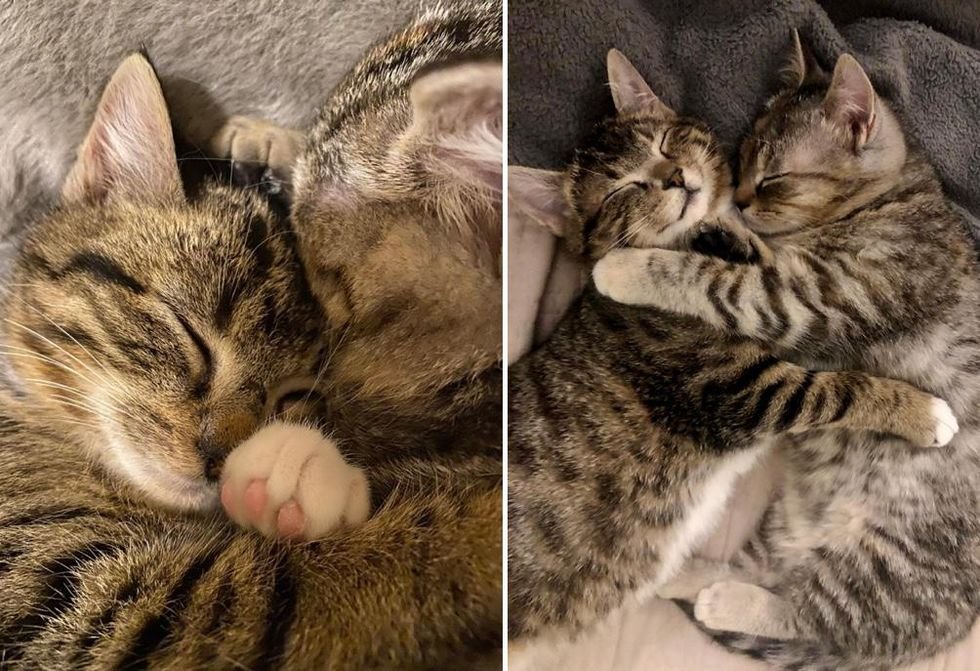 The kittens look nearly identical, so they’re obviously from the same litter. However, they have distinct personalities and are quite vocal. These kittens share a deep bond we’ve rarely seen. They do everything together and will likely have to be adopted as a pair.