More often than not, big dogs have a reputation of being fierce and wild. This is rarely the case. They are sweet and gentle giants, and this story is proof of it. Ruby Jane, a 5-year old bloodhound, is perfect proof of it. She’s an affectionate dog that loves everyone around her, including smaller rescued kittens. 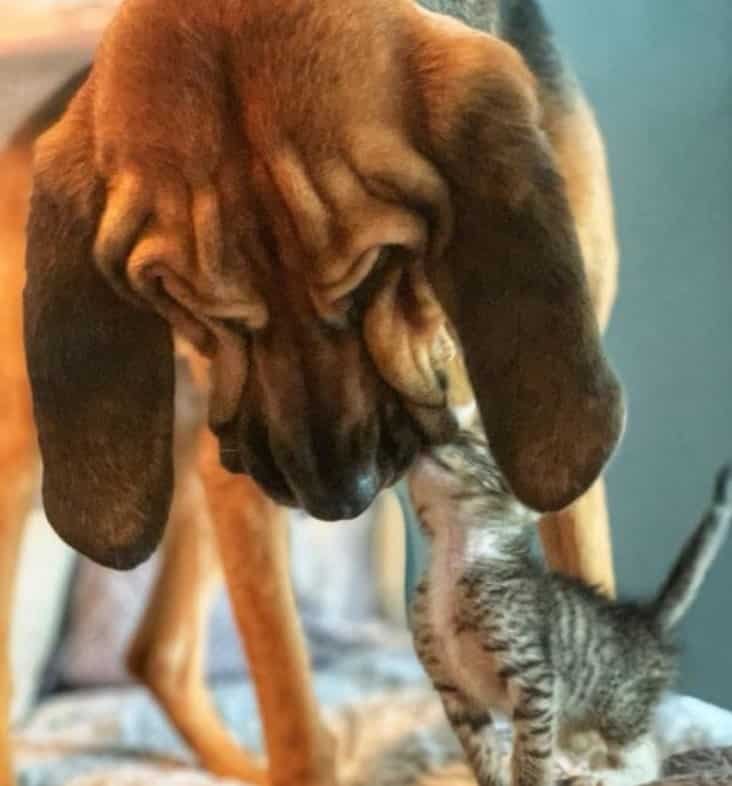 Owned by Stephanie Vice, a veterinary technician, Ruby Jane often fosters kittens in Lakeland. She’s been doing a great job too, helping the little critters overcome various troubles. In the latest photoshoot, she’s helped a 5-week old rescued kitten called Bondie during bathtime, once again proving that not all big dogs are tough and scary. 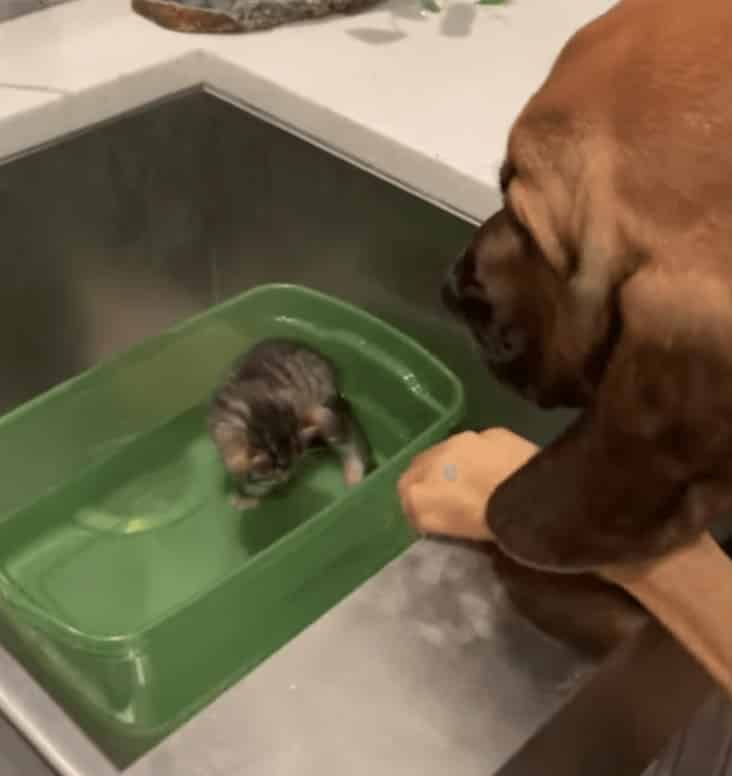 Bodie and a few siblings were brought in from a shelter, and Stephanie decided to foster them until they’re strong and healthy. The plan was to put them up for adoption when they’re better. The kittens don’t have a mother, so Ruby Jane is the closest thing to it. 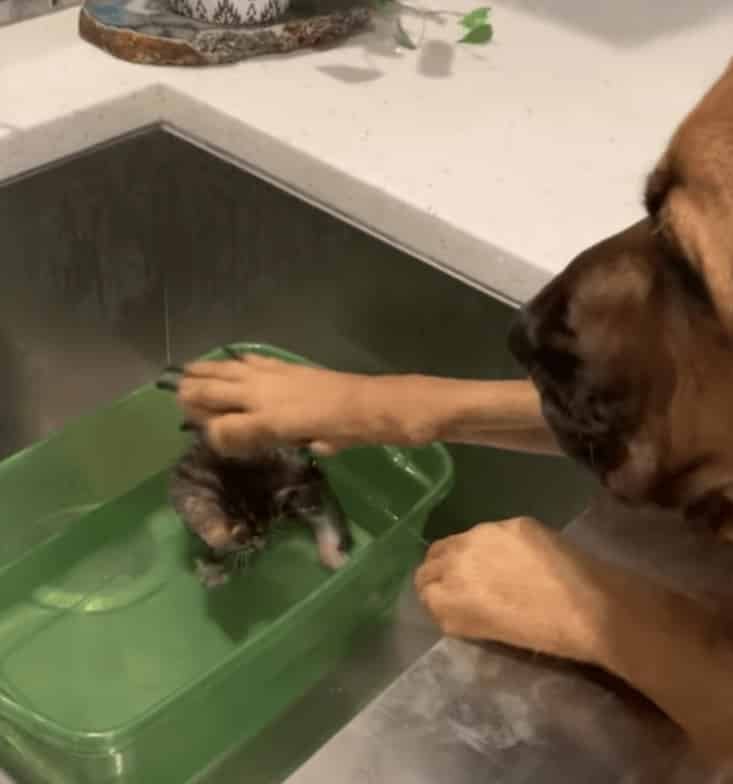 Take a look at the cute video of her comforting thee little one. The video went viral as soon as it was posted, with millions of people enjoying it. So will you if you watch it to the end – we’re sure it’s the cutest thing you’ll see all day.