When a man was left brokenhearted after a bad breakup, he found a surprise waiting for him on his doorstep.

“I was crying in my room after a very messy break up, I don’t know why I went outside but when I did this little kitty ran in my apartment to get out of the heat. I have abandonment issues and there was no way I could do that to him. Meet my first pet ever, his name is Fajita.”

It was an extremely hot day and as soon as the tiny kitten noticed the door open he darted inside to escape the heat. The man quickly filled up a bowl with cold water hoping that this would help him cool down. He didn’t have any cat food at all obviously, so he cut up some fajita meat and added it to the water. The hungry kitten gobbled all of it it straight down. That’s why he later named the cat Fajita as it was the first meal they shared. 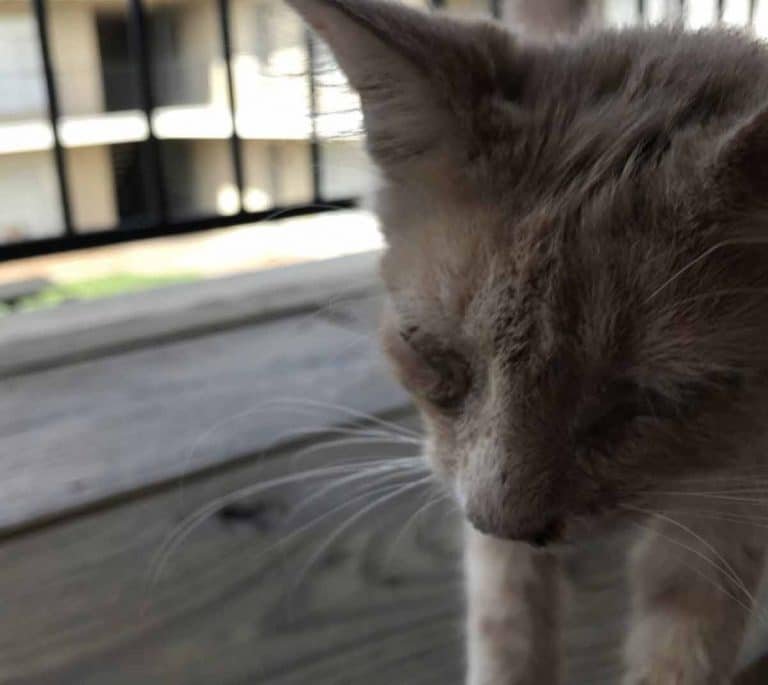 “After I noticed a sneeze I decided to take the kitty to the vet and went on Facebook to get suggestions from my friends.”

The man went to the store and bought a cat carrier to take him to the vat and the little kitty was sitting patiently waiting for him to return. 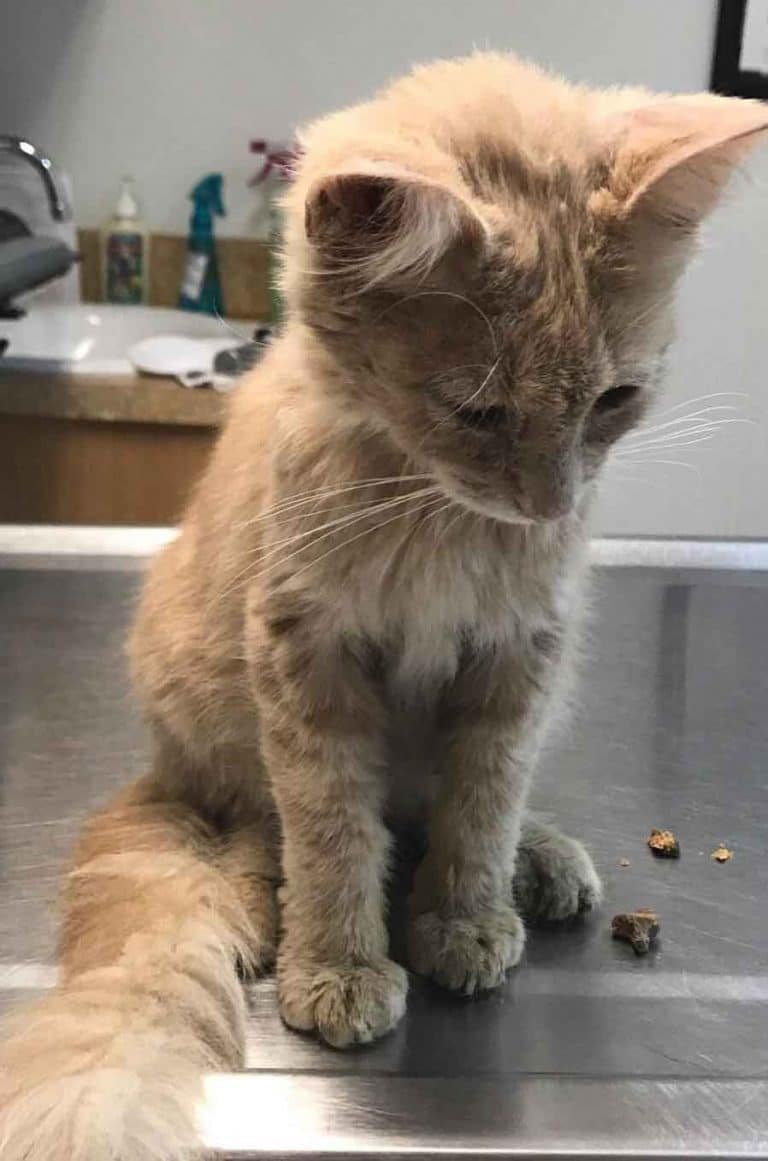 “I had to earn the cat’s trust to get him in the carrier but when we were alone together waiting for the vet to come into the room, we bonded,” he said to Love Meow.

They discovered that Fajita had never been micro-chipped, he was very underweight for his age, his eyes were horribly crusted shut due to conjunctivitis and he had an upper respiratory infection. After cleaning his eyes, they put him on antibiotics and cute little Fajita was finally getting the help he desperately needed. 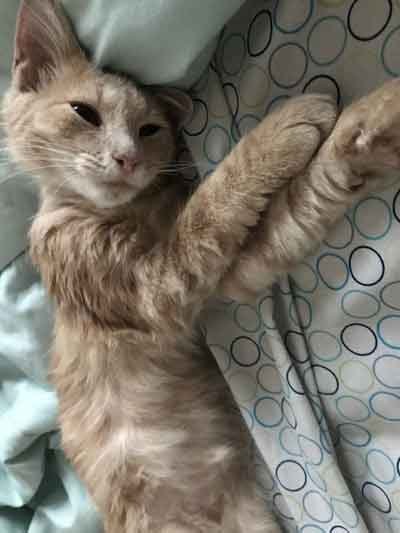 When they both returned from the vet office, Fajita jumped up onto the man’s lap and claimed it for his own.

“I looked down and asked, ‘Do you want to be my cat?’” The kitty meowed right back and the man broke into tears.”

The truth is, they both needed somebody and were there for each other just at the right time. 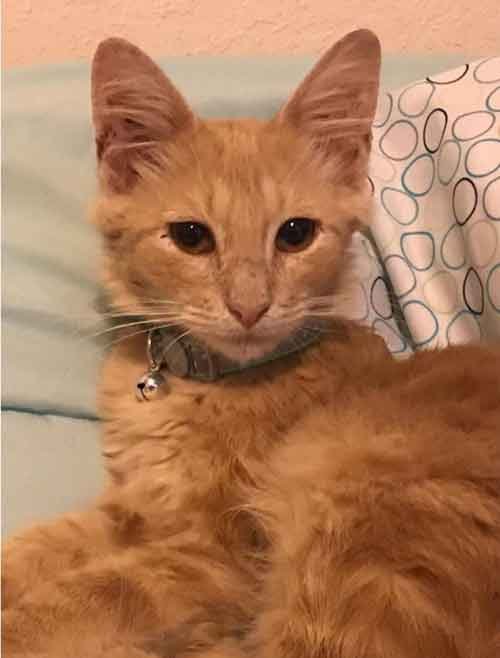 “I was feeling so alone and lost after the breakup. His little meow filled my heart with love again.” It would appear that this relationship was meant to be. Now, how inspiring is that?