Last month, residents of a building in Greensboro, North Carolina, heard the disturbing meows of a kitten in the middle of a downpour. They decided to help it and they did. If they didn’t, the kitten would have drowned for sure. Obviously, the little guy was scared to death and his mom was nowhere to be found. It was sitting alone shaking on top of an AC unit when the residents gave Murphy’s Law Animal Rescue center a call. 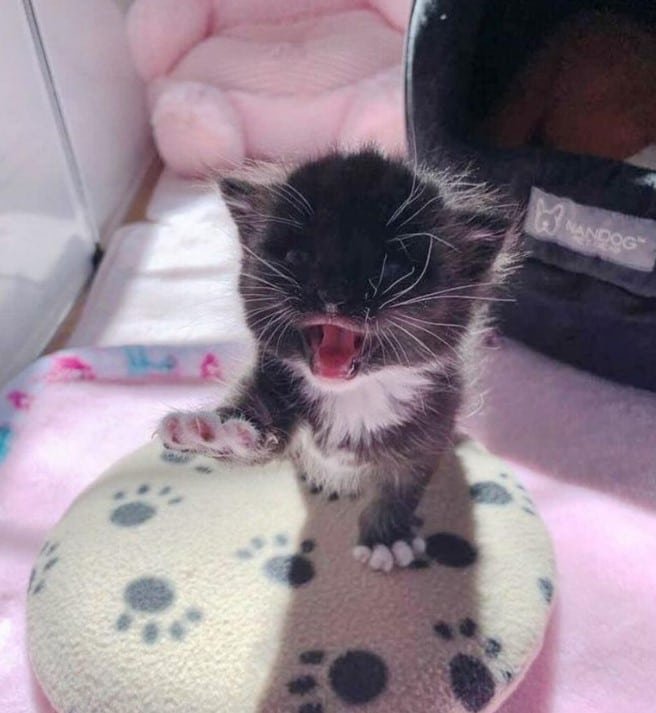 A team was sent immediately and the poor little kitty was saved. It was very vocal, even though scared. When they took her to the center, they gave her a squishy marshmallow candy toy and named her Princess Peep. 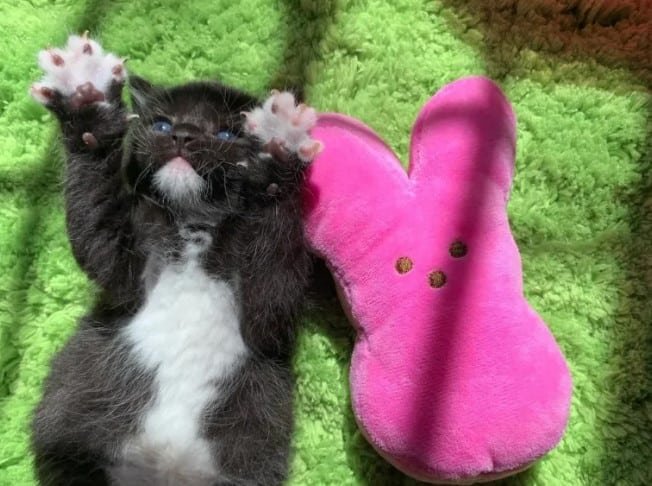 From the moment it arrived to the shelter, the kitty wasn’t shy at all. It was vocal and didn’t hesitate for requests. It was a brave kitten with a great character, so the staff instantly realized that finding a home wouldn’t be a problem for Princess Peep. 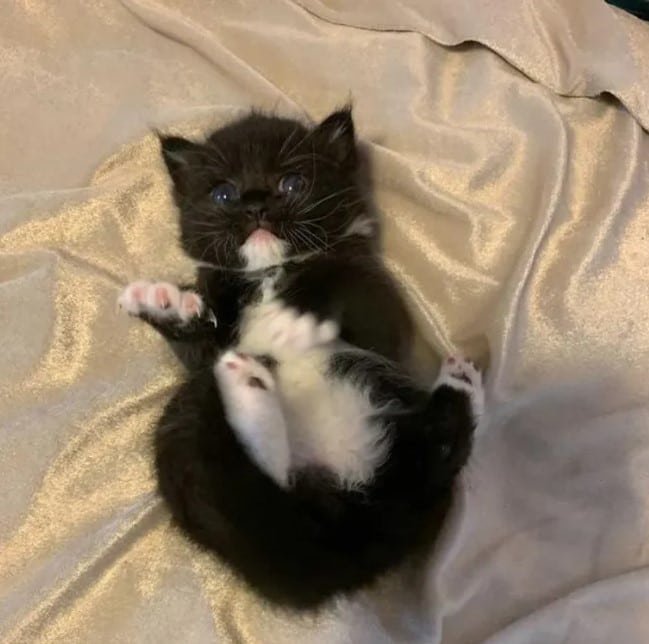 The kitten is doing great in foster care and will soon be put up for adoption. She’s adamant about never being alone and abandoned again. We’re glad someone was there to help her – if they didn’t, the world would have lost a great kitty. 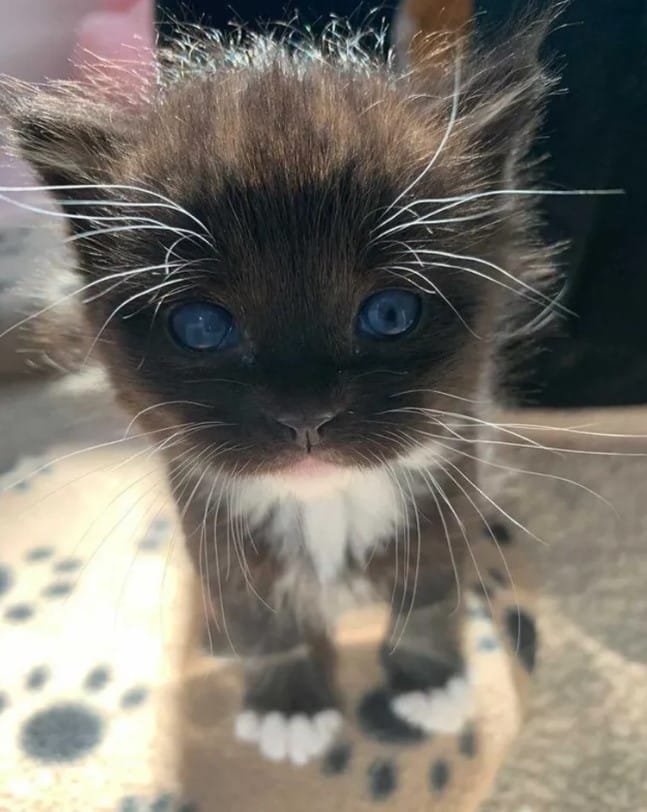 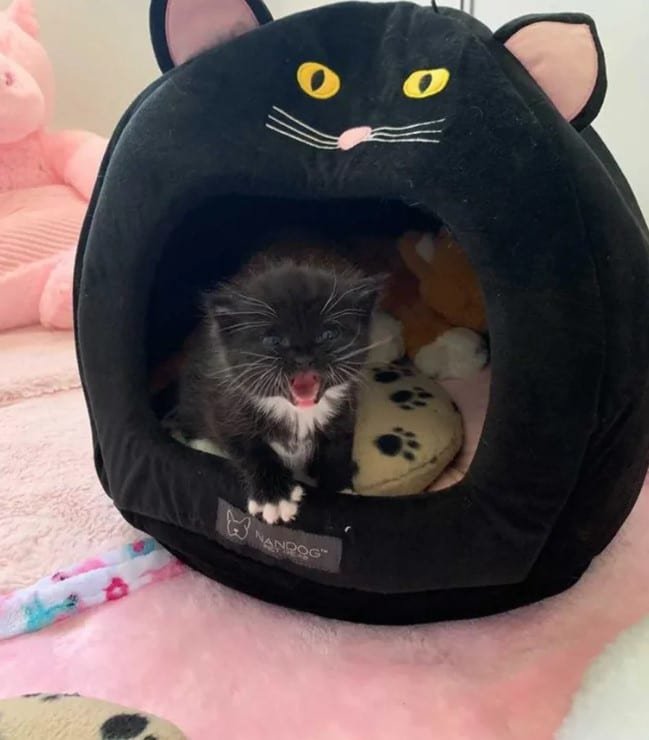 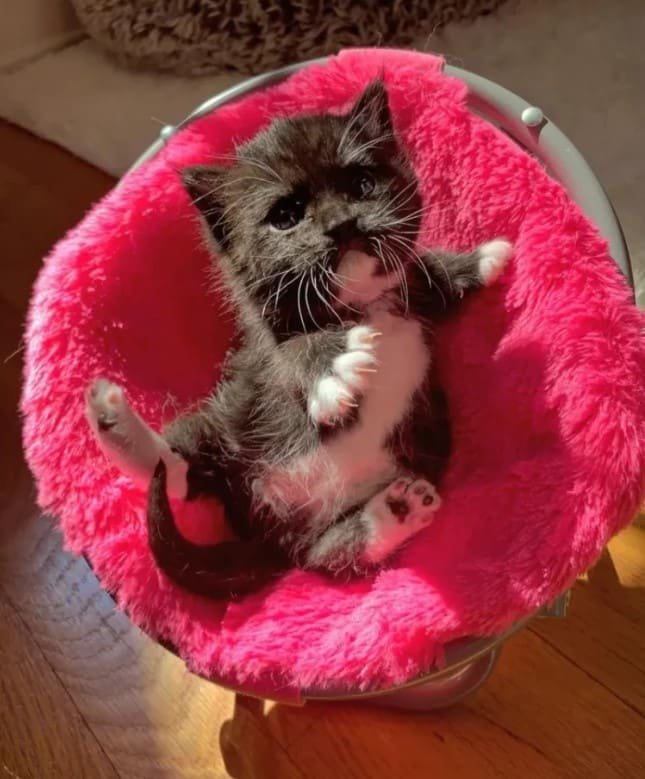