Humans are not the only species that adopt babies or animals. Some pets have been known to do so as well, and the latest such story comes from the UK. As you can see on the video below, it’s a story about a cat that decided to adopt a cute fluffy chick. 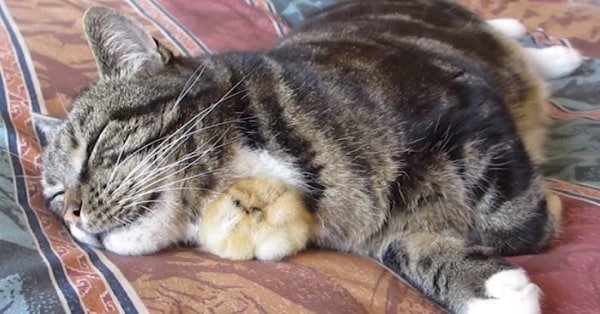 The cat in the video is called Oscar. She has decided to adopt Albert the chick, raising him as her own. Oscar doesn’t mind the fact that Albert’s a chicken. She always makes sure he’s snug and safe, cuddling with her ‘baby’ all day long. Albert loves the attention too, so it’s clear that they’ve overcome their species’ differences. 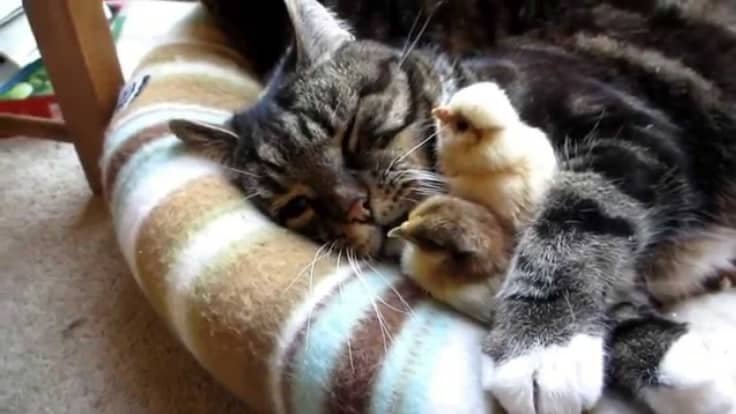 It’s proof once again that cats are as humane as they can be. Many consider them too cold, but Oscar is proof that they have a big heart. 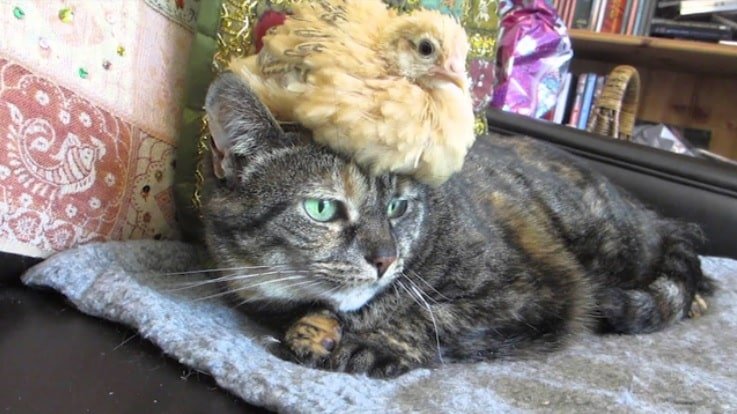