Cats often need our help and attention, and that’s what the cat in this story did. A stray that lived on the streets for a long time, she found refuge in one family’s backyard. They got her food every day even if the cat was timid, and she started popping up in the yard every day. Over time, the cat and the couple developed a close bond. Mel and Kurt could pet it in just a few weeks, but couldn’t get her in. As soon as her belly was full, she bolted. 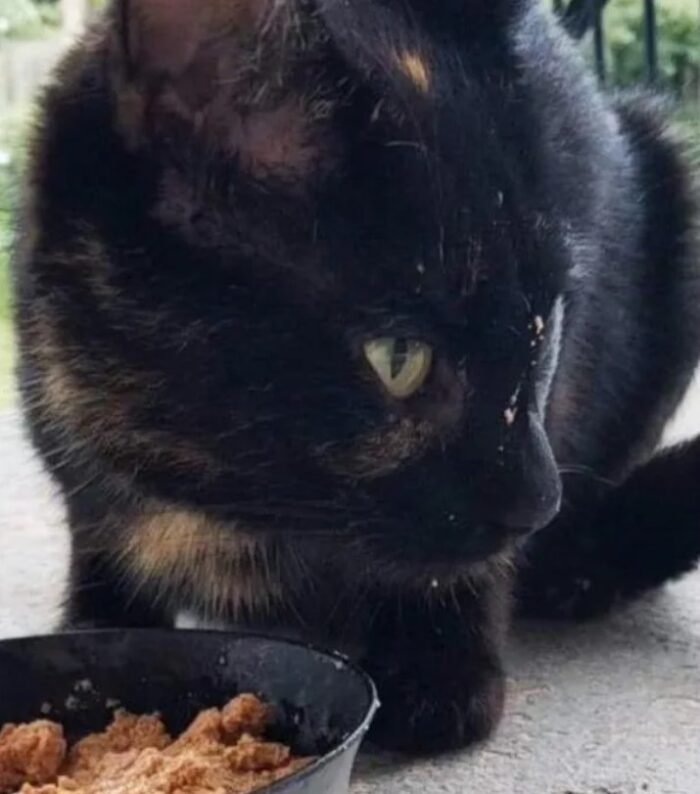 One evening, the cat returns and ate a bowl of food in a rush. She was acting differently, and didn’t leave after getting pets. They invited her in, but it was clear that she was trying to show them something staying by the door. They decided to follow her, and she eventually led them to some bushes. When they looked inside, they were shocked – there was a litter of five kittens! 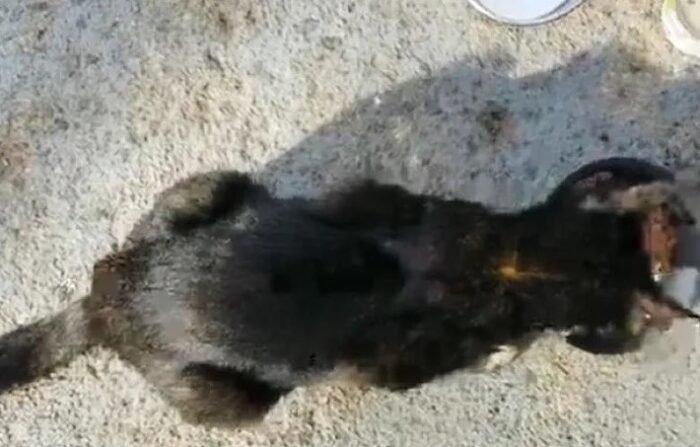 The cat gave birth not long ago and needed help caring for the little ones. Mel and Kurt couldn’t leave the kittens alone and brought them and their momma back home in a box. To their surprise, they found a sixth kitten hidden in the bushes, and the momma cat was relieved. 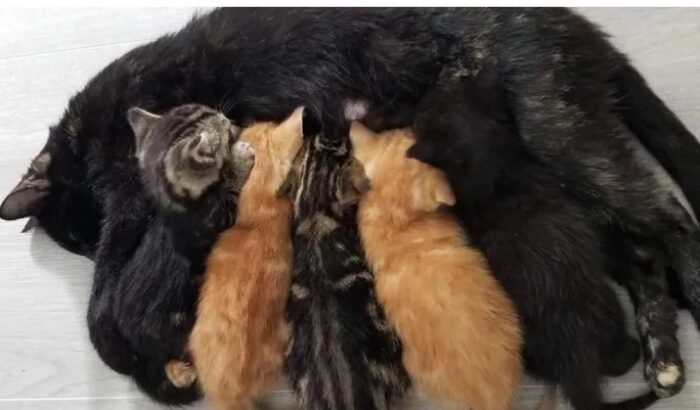 They named her Calie and made sure her bowl was full. She was a bit malnourished because she had six kittens to feed. Then they took them to a foster center where they could get the best attention. The kittens were around five weeks old according to a vet, and luckily for them and their mom, they had a roof over their tiny little heads. 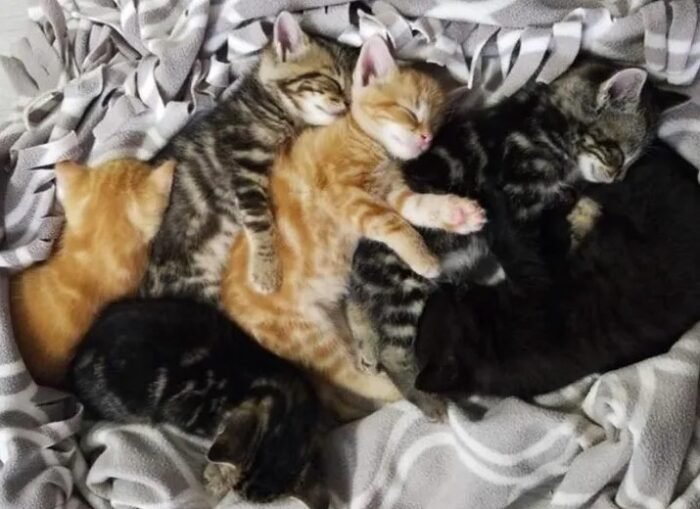 After a few months, all the kittens and Calie too are doing great. They will soon find new forever homes, and have Mel and Kurt to thank for. We’re glad everything turned out the way it did, and hope that every other stray gets help from Good Samaritans such as these. 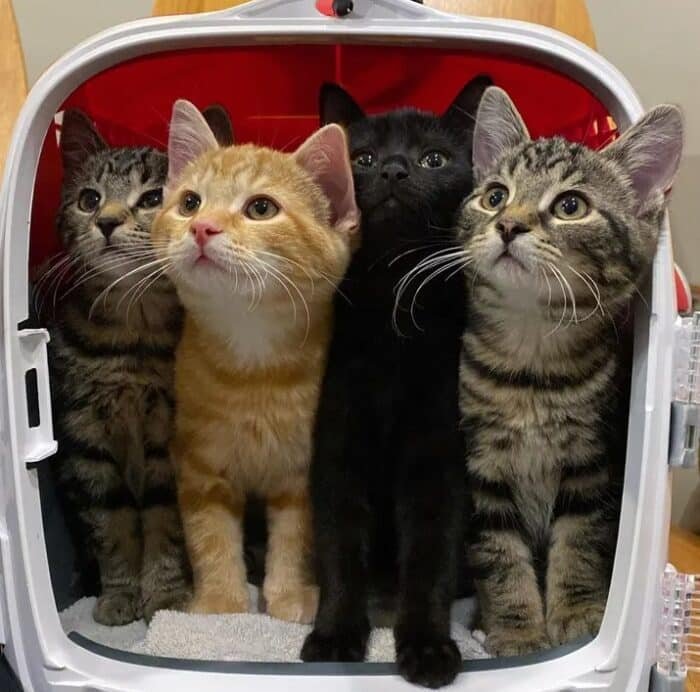