A kind-hearted lady by the name of Marie-Eve, who is from Montreal, stumbled upon a kitty living in her neighborhood and she just knew she had to help. The cat looked like he had been fending for himself and living outdoors for a very long time The poor fur-baby was completely covered in dirt and filth with severely matted fur that was obviously causing him a great deal of pain. The sadness that was in his eyes just about broke her heart. 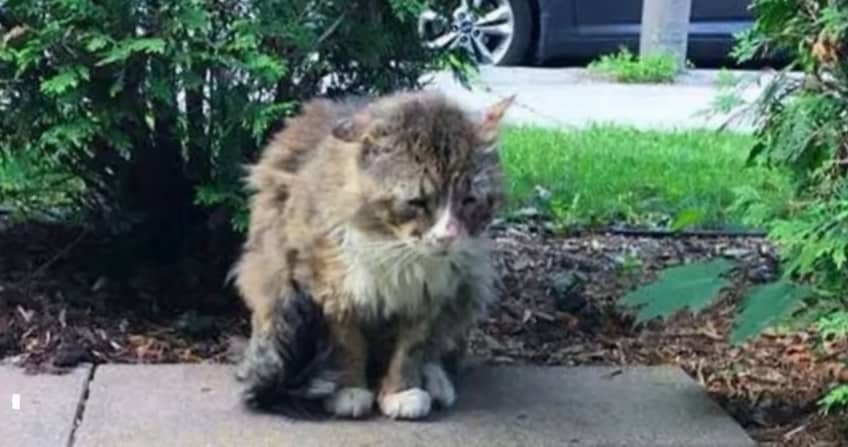 It was crystal clear to Marie-Eve that the poor babe didn’t have much human company or interaction as she found it almost impossible to catch him. She eventually, however, did manage to and she was then able to finally breathe a huge sigh of relief. She tried her best to find him a space at one of the local shelters but not a single one of them was able to help. And so, she took it upon herself to bring him to a vet to at least get some treatment. 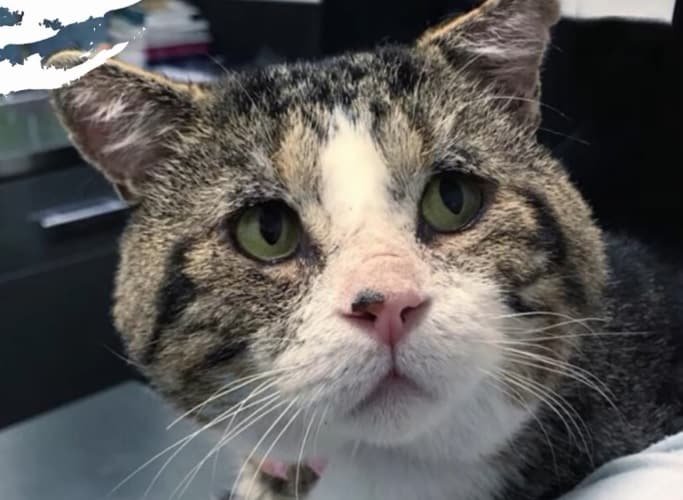 Luckily, Chatons Orphelins Montréal did end up intervening and offered to foster the kitty and also provide him with some additional medical attention along with rehabilitation.