Who says cats are ungrateful? Just last month, a woman who works at an apartment leasing office in Corpus Christi named Kayla found an abandoned cat outside of the complex. She was told that it laid with a litter of kitten in a bed next to the mailbox unit. Four tiny kittens were lying next to their mom who was visibly distressed. There was also a note that read in all caps: PLEASE HELP US! Our humans were trash and assh*les! 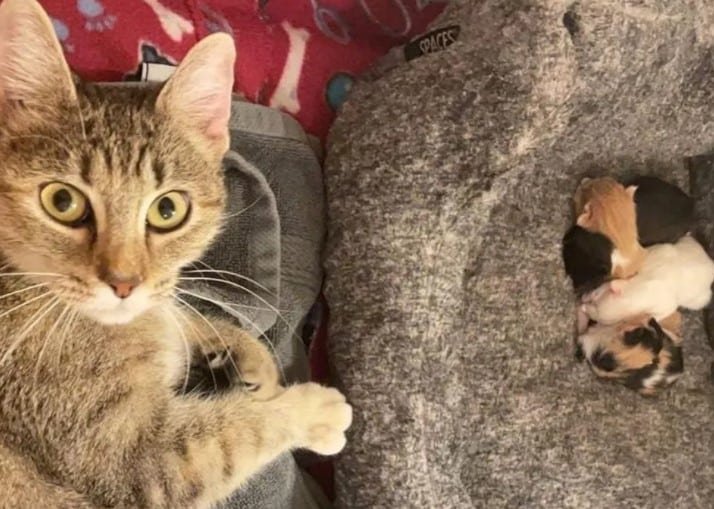 The note broke Kayla’s heart, and she knew she had to help. She and a colleague brought the cats in their office, and later, they contacted the Coastal Bend Cat Rescue center. Kayla had to keep the cats safe for a few days until officers from the shelter arrived and took the cat family in. They named the cat Bonbon, and her kittens Hershey, Dove, Butterfinger, and Reeses – all after tasty chocolate bars. 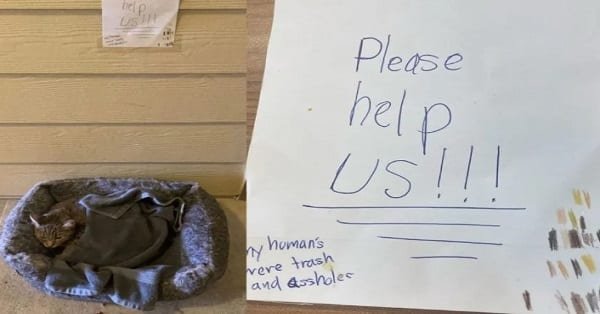 The new momma cat is always protecting her kittens. She’s a great mom and she’s very grateful that someone helped take her off the street. Currently thriving in foster care, Bonbon wants nothing more than to cuddle with her foster parents. She takes care of her kittens as well, reminding everyone that cats never forget who helped them when they needed it the most. 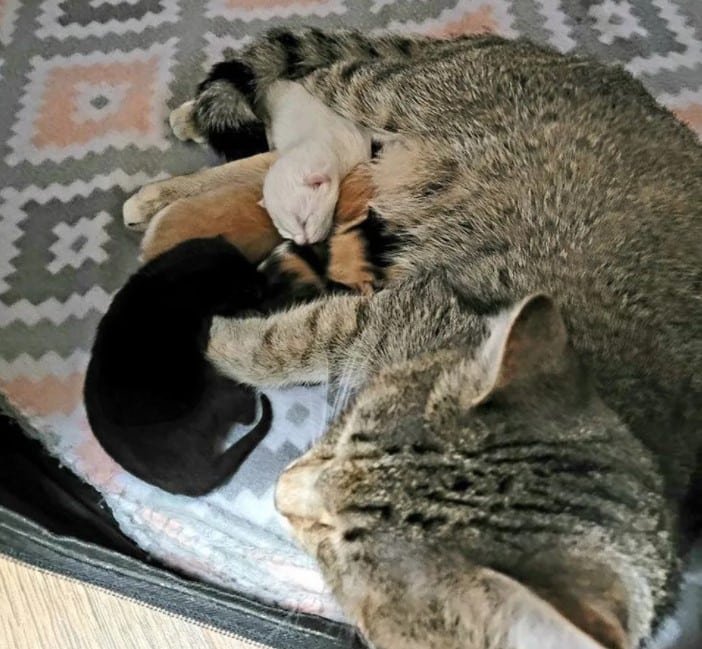 They’re all doing fine, and as soon as the kittens grow up, they’ll be put up for adoption. Let’s hope they all find a new loving home they deserve. 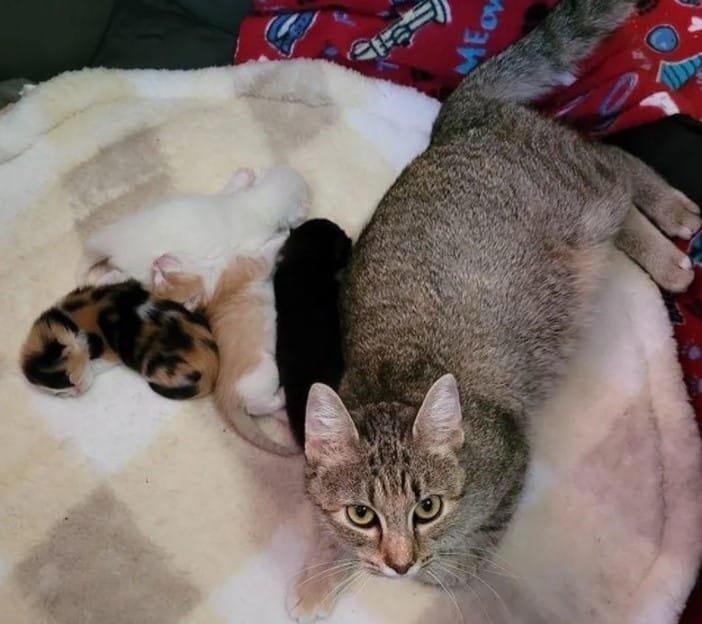 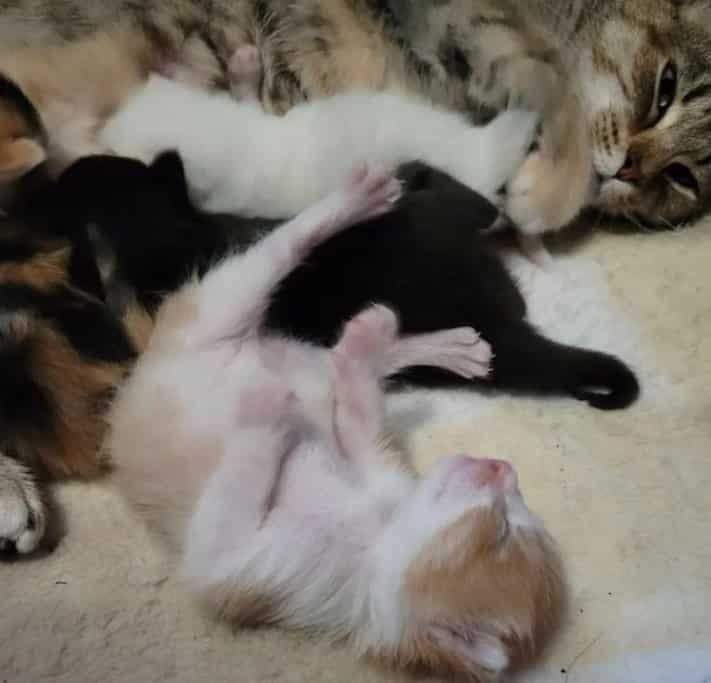