Dean Nicholson is a cyclist who began a journey around the world with his cat after an unusual meeting between the two. He set out from Scotland on his bicycle to see the world. For a few days, everything was going as he planned. It would all change as soon as he found a kitten abandoned by the side of the road. 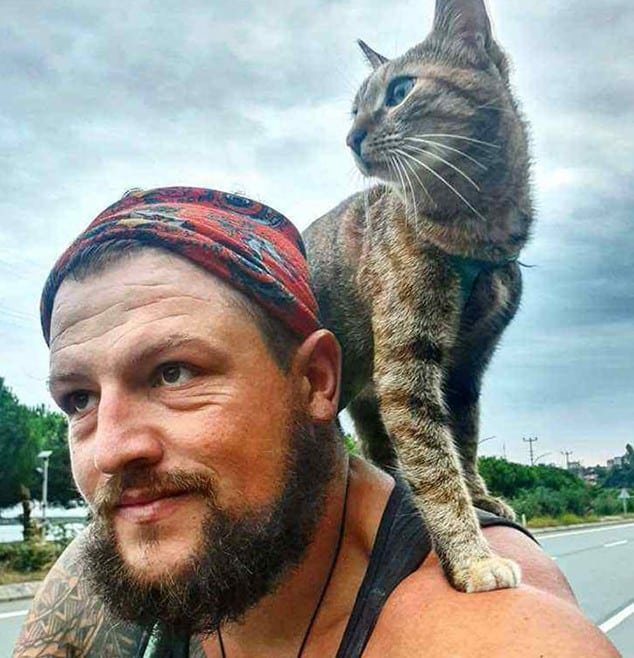 He says that he heard her meows before he saw her. The cat started to chase his bicycle in a desperate attempt to get his attention. It eventually did, and he stopped and fed her pesto. The kitten was very pushy, and Dean took her with him on her bike. He thought it’ll be a few miles before she jumped off, but the cat had other plans. 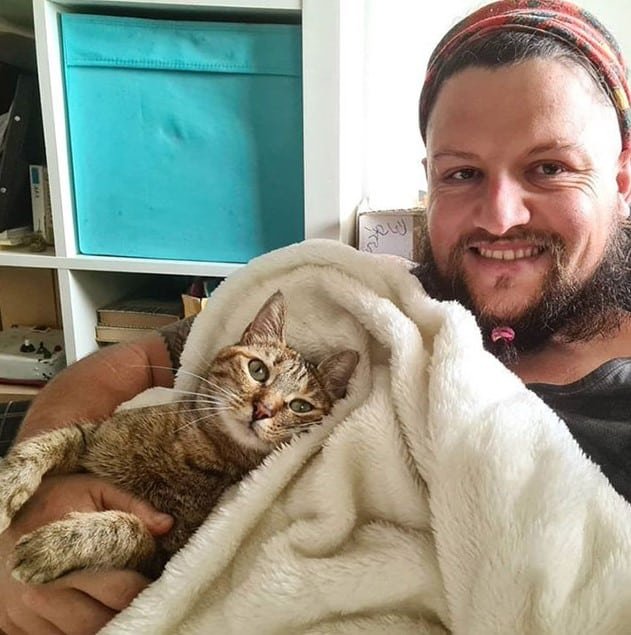 Dean and Nala developed a strong bond over the coming days and weeks. She never leaves his side. Since they met, he’s visited quite a few countries, including Montenegro, Greece, Albania, and Georgia among others. Nala got a lot of attention in each country. She rides in the bike basket and everyone’s excited to meet her. People always stop the two and snap pics of her. 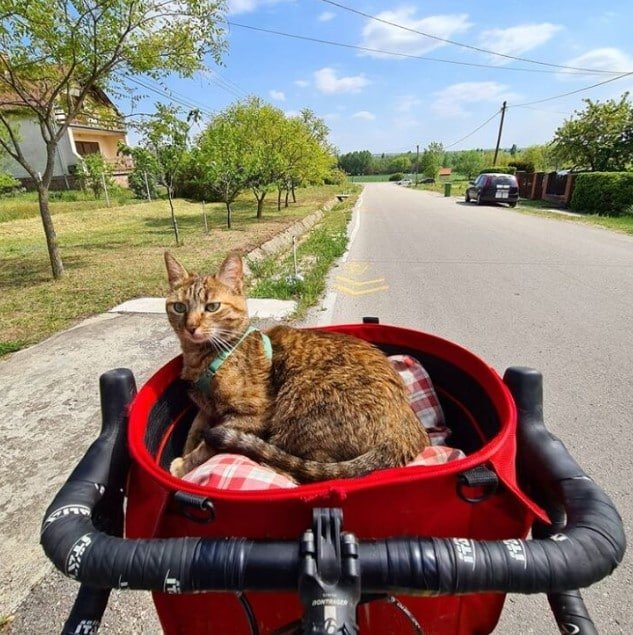 Nala completely changed his plans, but Dean doesn’t mind. His goal was to pedal all the way to India, but she taught him to stop and enjoy life every once in a while. She now goes everywhere Dean does, and we hope they ultimately meet the goal of getting to Asia. 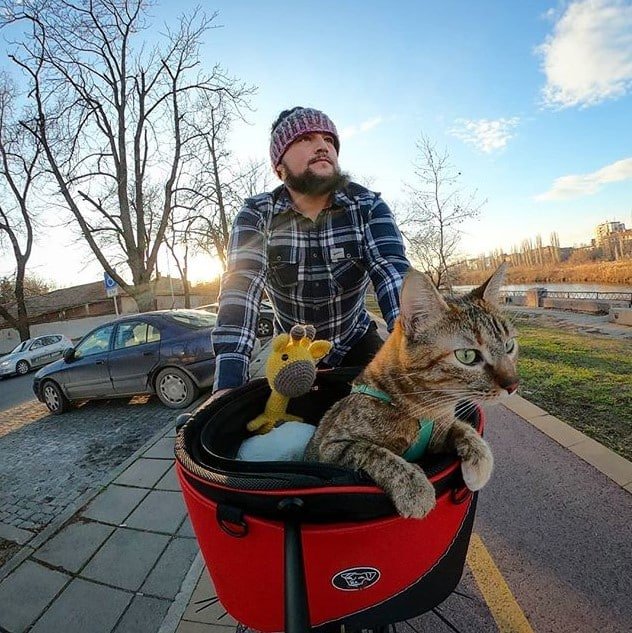 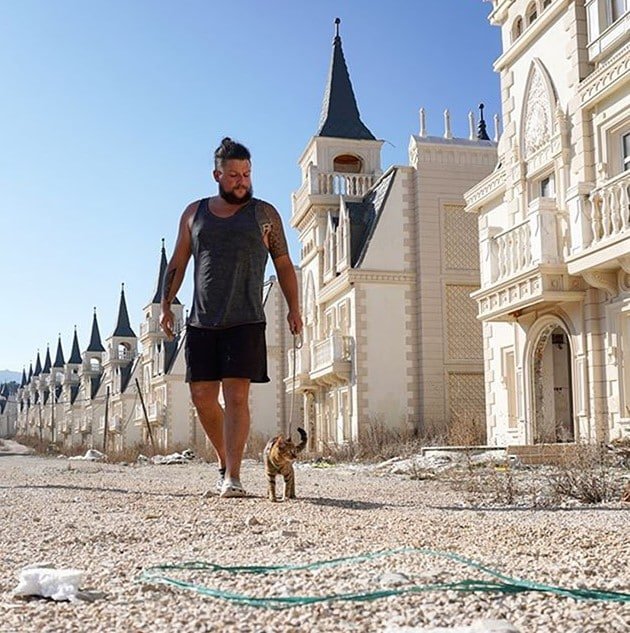 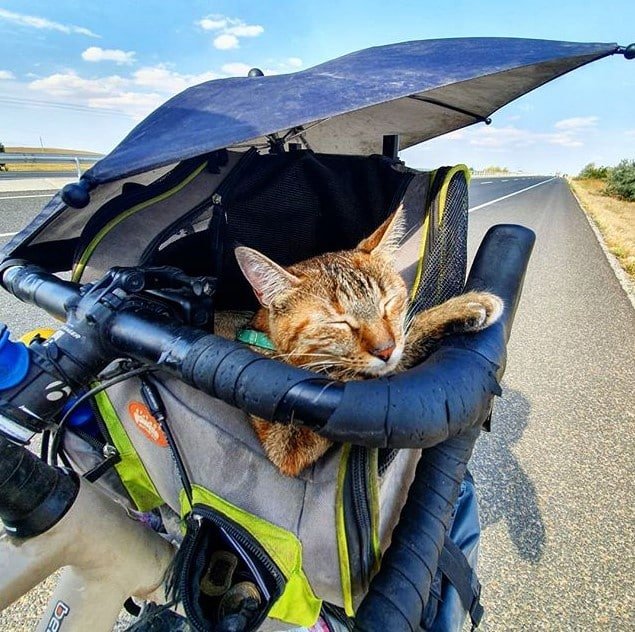 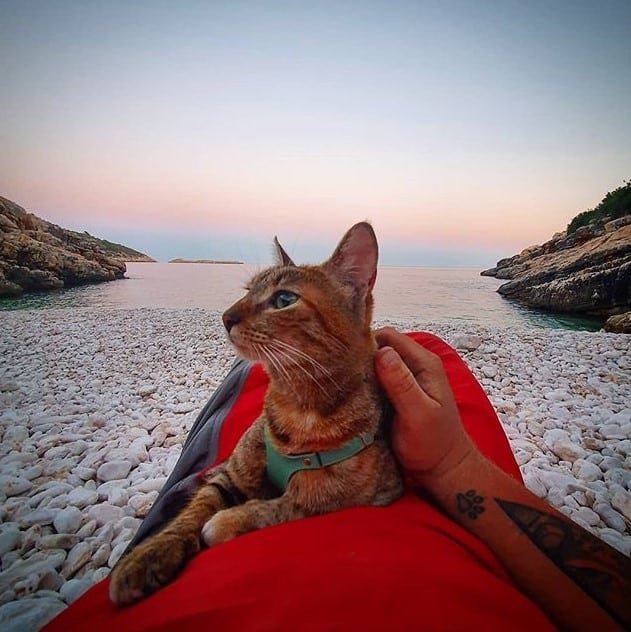