This is the story of Tombili, a cherished neighborhood cat who with a calm and cool personality managed to capture many people’s hearts in Istanbul. It’s not quite clear if Tombili had a home of his own, however, he was rather chubby and was beloved by all the locals. Awhile back, he became an Internet sensation after passersby snapped and shared a photograph of him in a relaxed pose on the streets.

Residents who live in Istanbul explained that Tombili would love to lounge around and watch the world go by. Also, he was cool and carefree towards anyone who wanted to love, cuddle and play with him. He was just always happy to stay in his signature pose whenever people passing wanted to capture a photo with him. 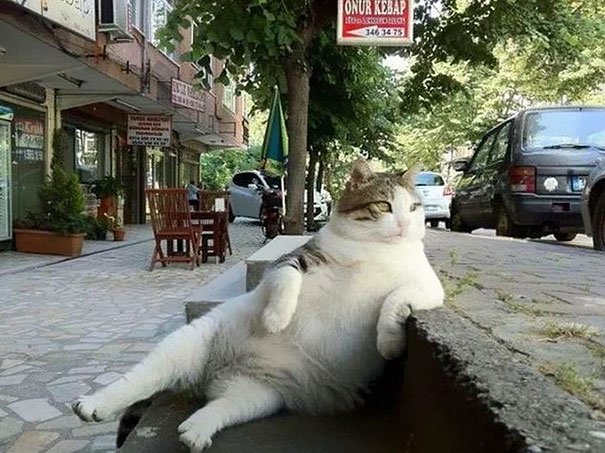 Unfortunately, Tombili left this world because of an unknown illness. Not long after his passing, a gorgeous statue of Tombili was created and put into his favorite lounging spot to show the local’s appreciation for their chubby feline friend. 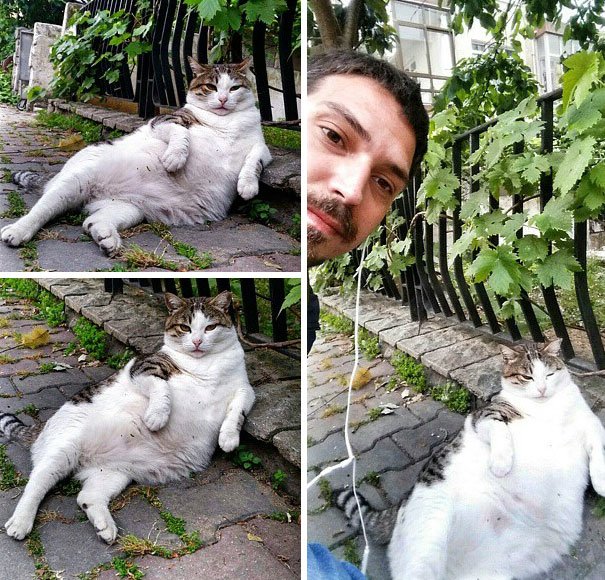 Now the Tombili’s pose has been immortalized in the form of a solid bronze statue that was inaugurated World Animal Day back in 2016. It’ll forever remain there to remind everybody about Tombili with its very own statue. 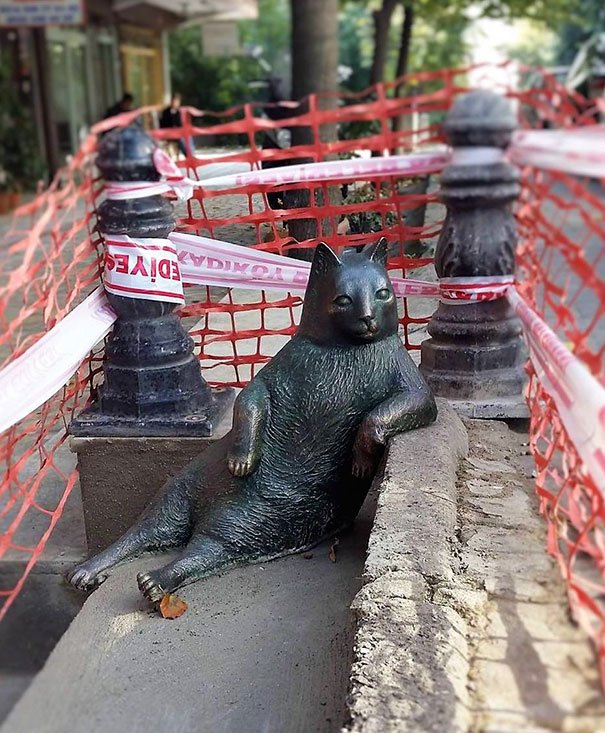 Before Tombili’s statue was situated at his favorite spot, one of his loyal fans wrote a note (as translated on Reddit): “You will live in our hearts. Mascot of our street, beloved TOMBILI lost his struggle for life after a month and closed his eyes to life on first of August.” 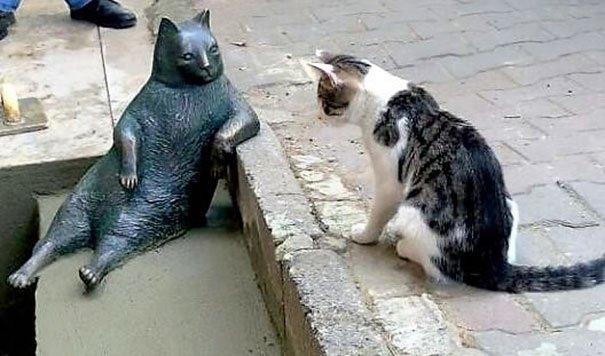