Cats often put themselves in impossible situations. They love getting into boxes and objects they can rarely squeeze in, and they often get stuck in them and end up going viral on the web. That’s the case with this cat burglar that managed to get stuck in a plastic tube after trying to ‘borrow’ food from hedgehogs.

The nosy cat squeezed into a 5-inch tube trying to nick some kitten nibble left by a neighbor for hedgehogs. Her efforts paid off as the kitty was able to snag the prize. However, it came with a high price – the tube was now glued on her tummy. A CCTV camera caught it all on tape, and, of course, it ended up on the Internet for millions of clicks. 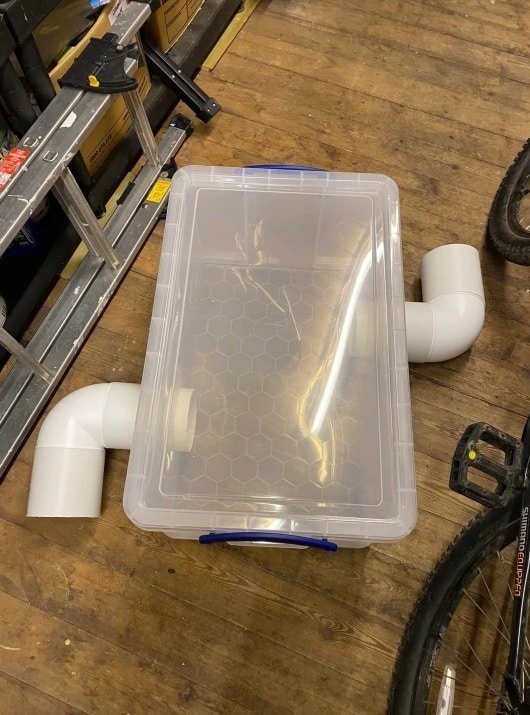 The feeding station was set up by Helen Branscombe-Davies who built it to give hedgehogs and other critters a safe place to eat. After realizing that it attracted all kinds of animals, she put a tube that will only allow the hedgehogs to eat. What she didn’t think through is that cats can sometimes enter a liquid state and squeeze in through any pipe. 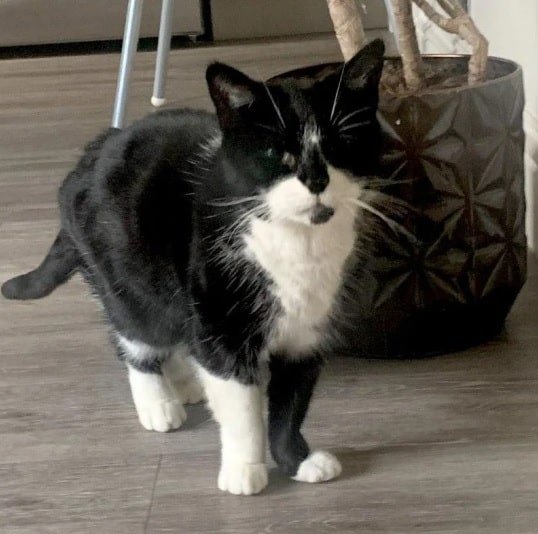 When she saw the cat burglar, she created a WhatsApp group asking her neighbors if anyone knows the cat. The cat was called Poe and ‘ratted’ out by her owner Dawn Kane. No one has any idea how Poe got out of the pipe, but she was unharmed. As Dawn says, she’s always been mischievous, but never to the point of squeezing into tubes just to steal some pet food.

The next time this happens, Poe might not get out of the special ‘dress’.