We’ve all met Grumpy cat and cats with other expressions on their faces, but we’ve never seen an overly polite cat. Until now. The Internet has just met Ollie, a very polite cat that’s been impressing people around the world. Ollie quickly became a meme and originated from a 9GAG post. 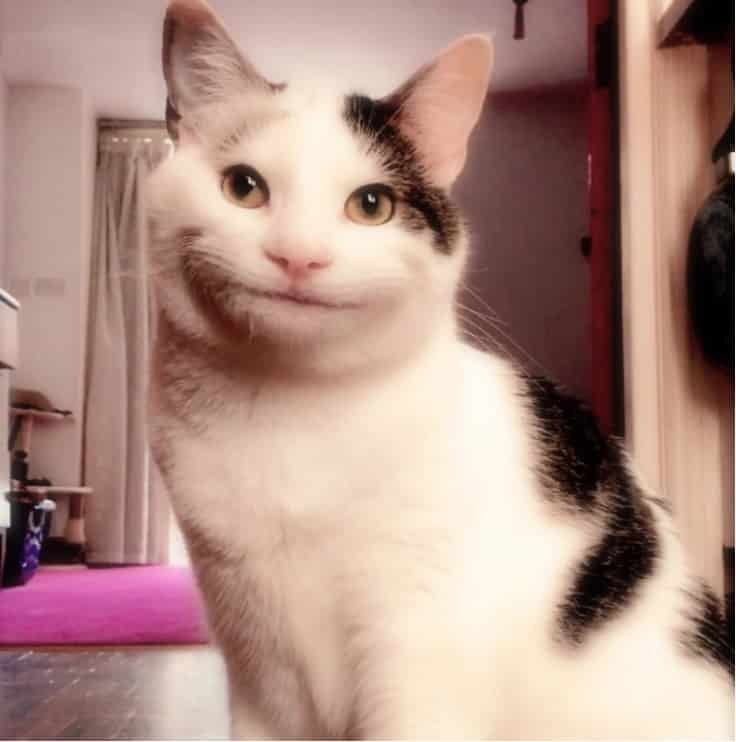 The original image showed a text conversation between a landlord and a renter. The landlord is clear that no pets are allowed, but after the renter posts a pic of Ollie, he says he’ll make an exception because he’s very polite. It was the birth of Ollie the overly polite cat who now rules over Instagram and Facebook.

And how could anyone say no to this polite face? Ollie is a very adorable kitty and we love the fact that we now have a Polite Cat to enjoy. Here, have a few pics of Ollie on us: 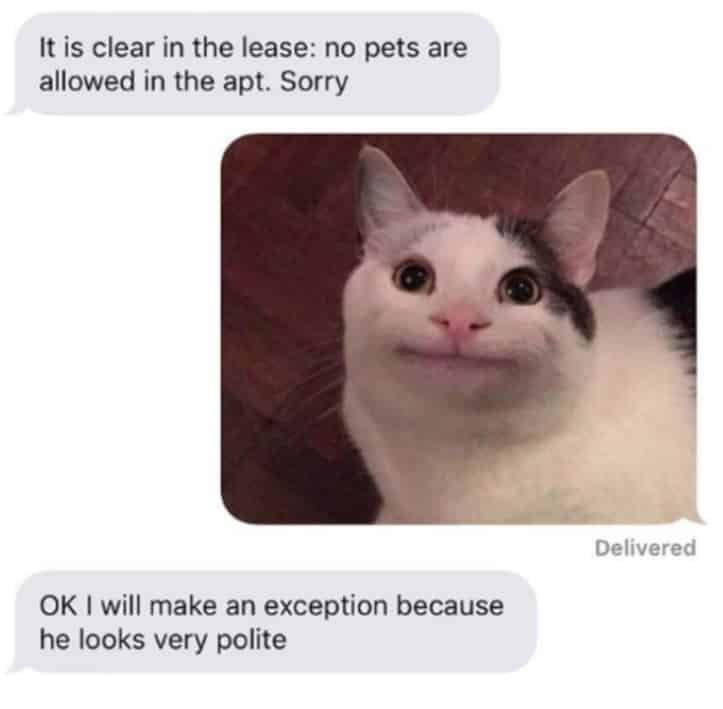 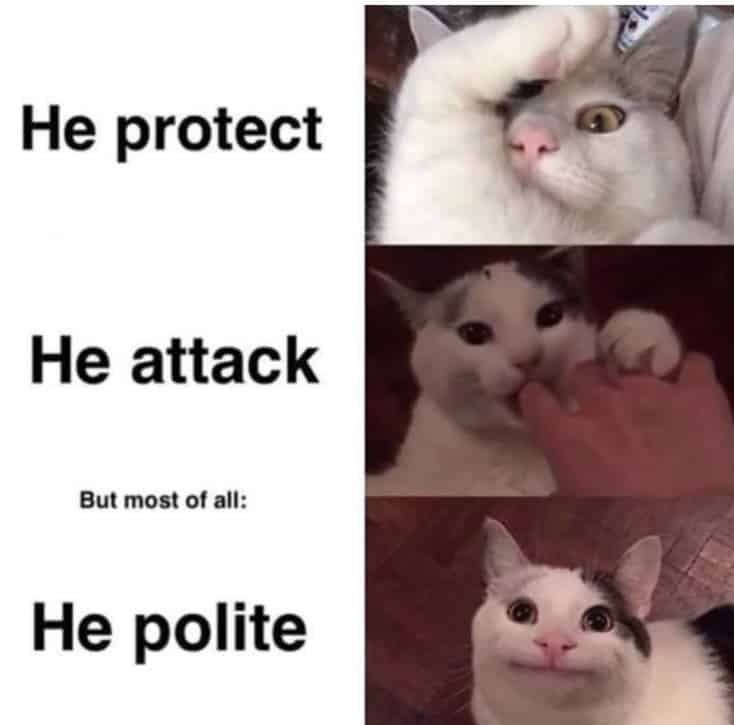 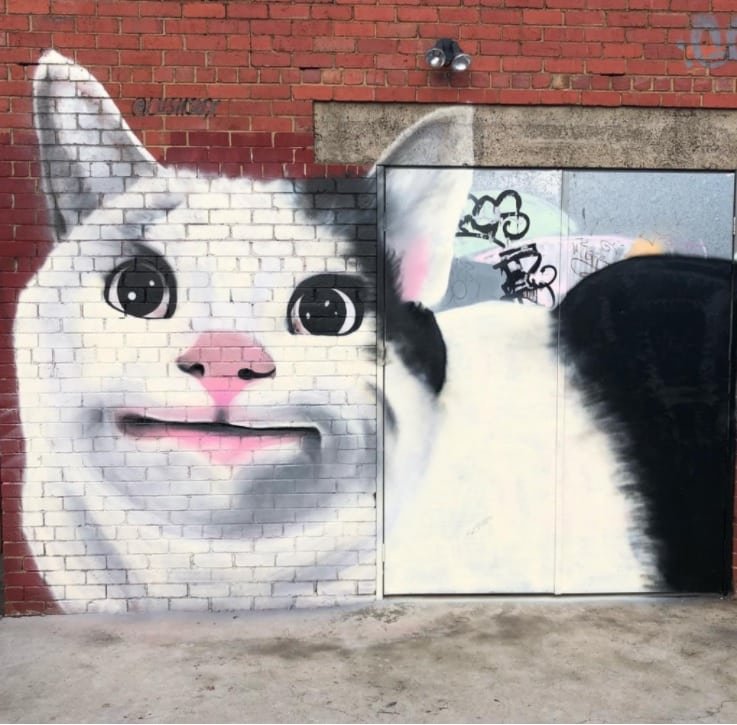