Many people know or can guess what having a famous sibling or parent is like. But, what about a famous cat? The Internet is overloaded with cat pics and videos, and some of these felines can truly be called celebrities.

In 2015, a Twitter user decided to adopt a cat. Upon bringing it home, he noticed that she’s pretty startled by sounds, making a creepy and a bit silly face on sudden faint sounds and movements. The signature look inspired him to make her a Twitter account, and in less than 5 years, the kitten achieved stardom.

I cannot lie
I must confide
I do a bad
And then I hide pic.twitter.com/BIC012JKPs

Known as Curious Zelda, the cat made the rounds on all the major cat-loving sites including Bored Panda. Zelda was even featured in national papers, with journalist calling the owner for articles.

Suddenly, Zelda’s face was everywhere. What started as a fun Twitter account turned the man’s life upside down. He didn’t wish or expect it, but it happened – his cat was now famous. Bit by bit, the realized that he needs to continue the adventure started on Twitter, releasing a book called The Adventures of a Curious Cat. 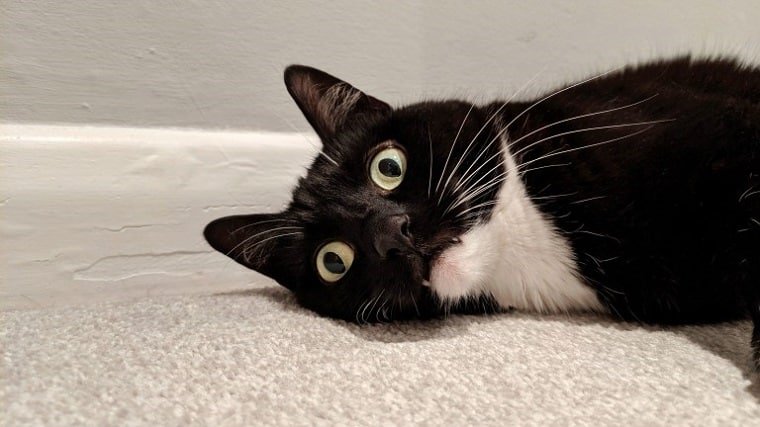 Zelda is a pretty cool kitten outside of the startled look. She likes to sit on his lap and enjoy quiet days while he thinks about the next Zelda meme or book. His life is now completely changed, and it’s all thanks to his unlikely celebrity.