We’ve seen many unusual animal friendships over the years. We all think that cats and dogs are sworn enemies, but it’s not always like that. Luckily for the kittens and pup in this story, they managed to kick things off with a bang. 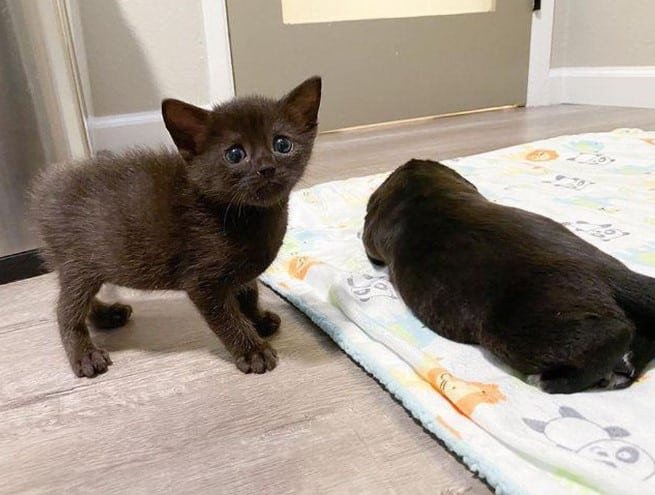 The two babies were found without a momma by Orphan Kitten Club’s team. Some good Samaritans contacted the shelter to help them, and they obliged. They were tiny and young, so they were put into an incubator and fed around the clock. No one knew if they’ll pull through, but their will to live exceeded all expectations. 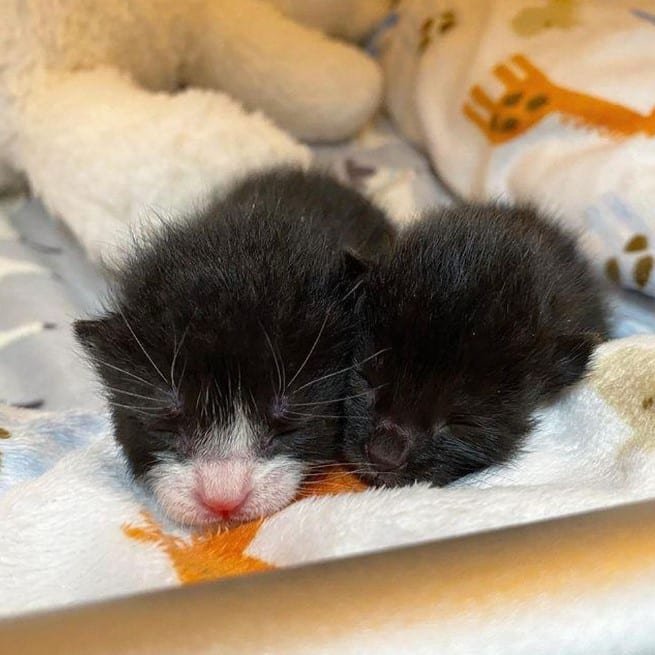 When it comes to the pup, it was also found without a mom on the street. If it wasn’t for the Orphan Kitten Club, it would surely have died alone. The pup was born premature and his fur was undeveloped. It needed more care than Frodo and his bud, so it was put in neonatal care. 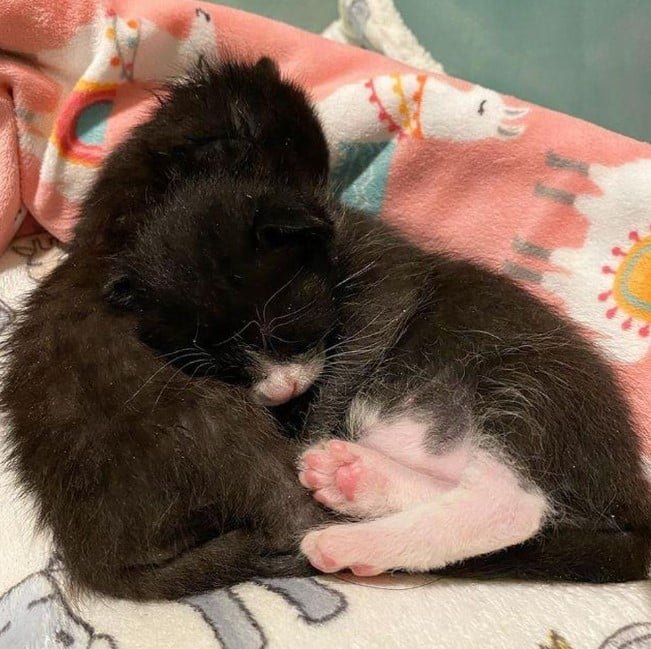 Out of the two kittens, the black one named Frodo was the smaller. Frodo was found weighing just 77 grams. Luckily, both him and his friend bounced back quickly. They ate all the food they were given and were quite playful and eager to explore the environment. 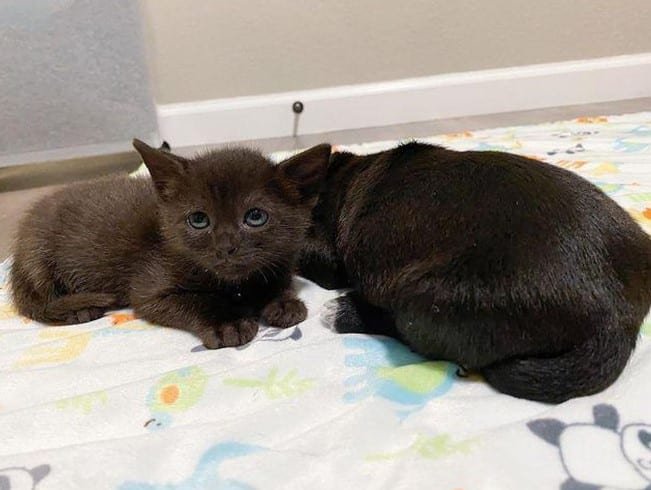 A few weeks later, Frodo spotted an unusual “cat” while in the nursery. The cat turned out to be the tiny pup named Ulrich. It was very sleepy, but Frodo decide to ruin his nap. While he was a bit hesitant at first, Frodo realized he’s safe among friends. They slept together that first day and it was the start of a beautiful friendship. 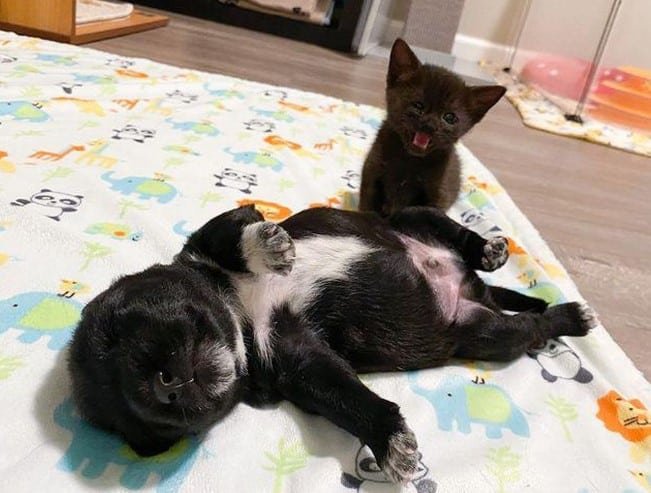 Frodo knew this strange “cat” needed a lot of love and he very much provides it. Even if he’s two weeks ahead, the two have an extraordinary relationship. We hope that the buddies find loving homes just like they deserve.

Take a look at them in the pics below. 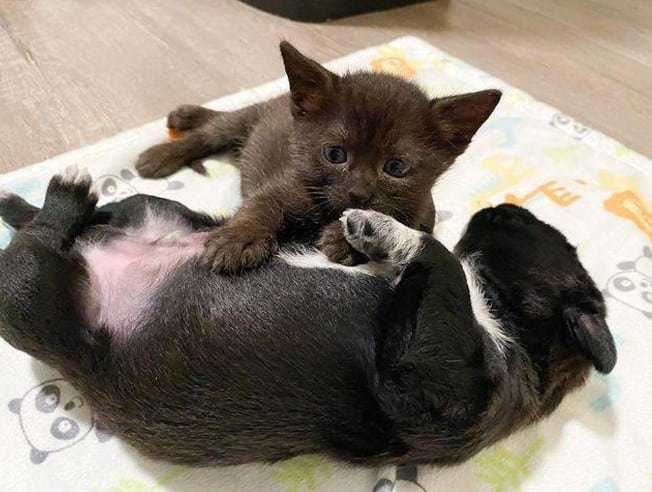 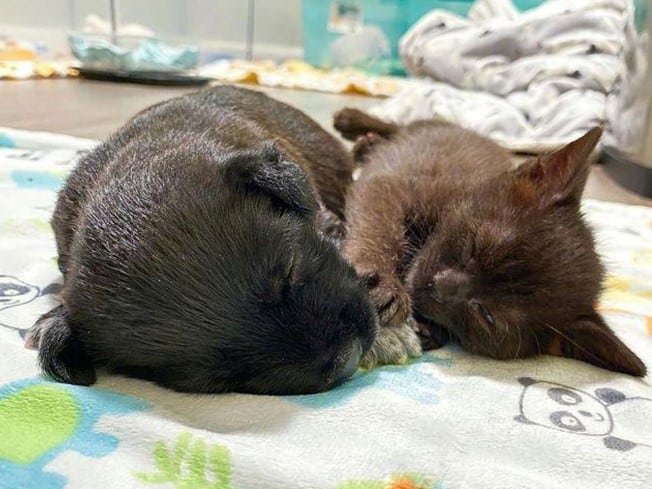 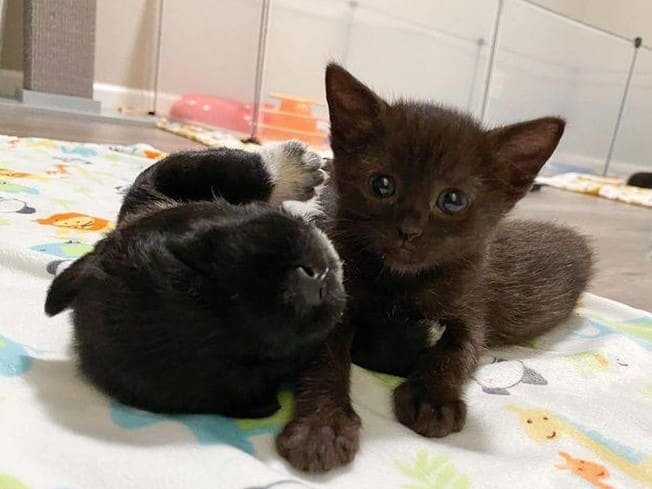 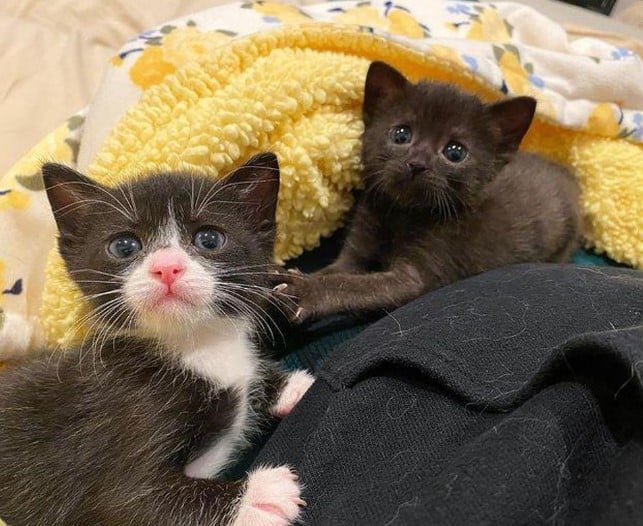 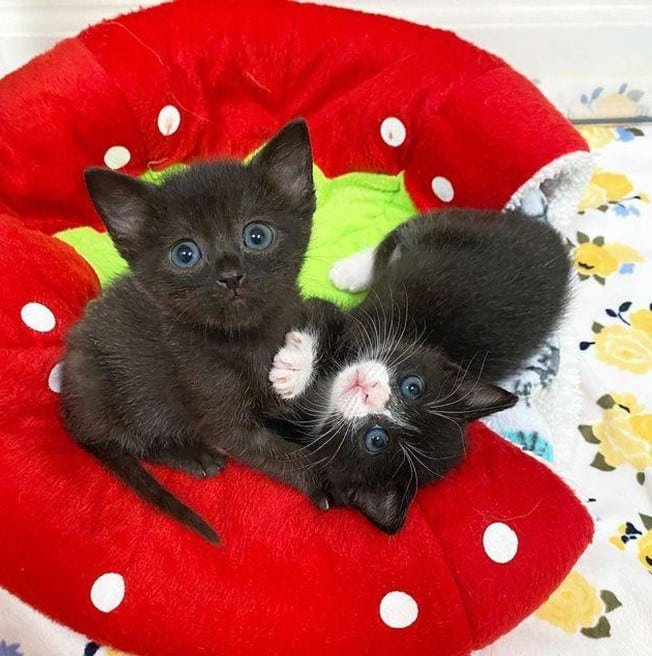