Simin Zargaran is a big cat lover that already owns a tabby named Titak. She’s a bundle of joy and mischief, always running up to cause a ruckus. Titak is also very needy, and never sits alone – she’s always with her mom. Knowing that, Simin and her husband started thinking about getting the tabby a companion. 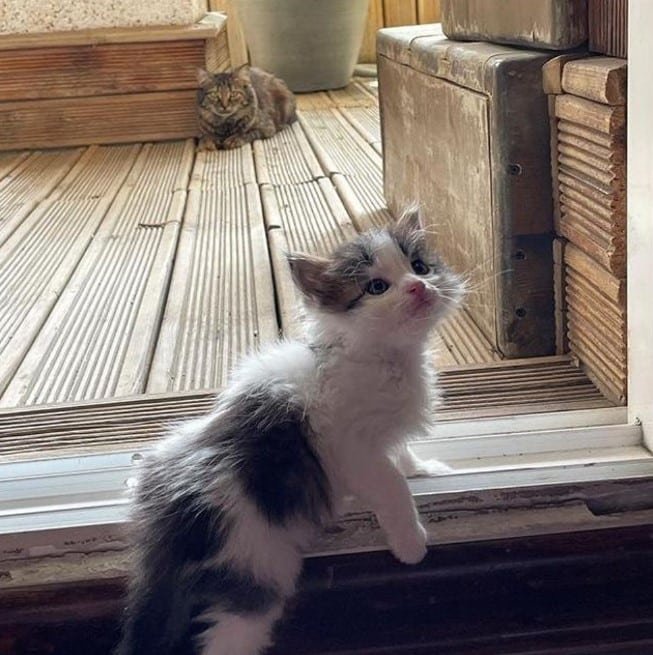 That’s how they found Bolur. This poor kitten was abandoned by her mom at one month of age. The mom returned weeks later, but was in no shape to care for her. Bolur was malnourished but a trip to the vet and some food and love helped him get back on his feet. Simin was in love with Bolur and knew she was the perfect companion to Titak. 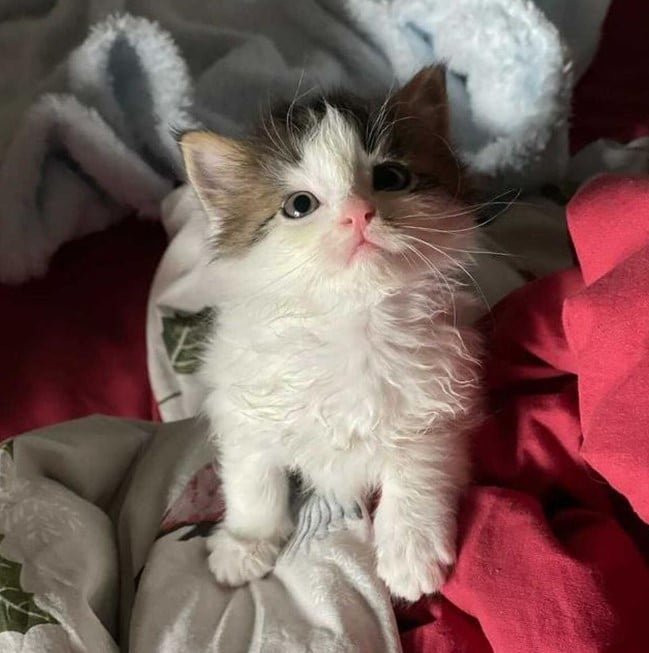 When they first met, the resident (Titak) was a bit surprised. Out of nowhere, there was a tiny kitty in her home conquering territory. She instantly faced her, but the little lady wasn’t thrilled. She showed her fangs and hissed, puffing herself up in front of the bigger cat. Titak was calm and collected, watching the act from afar. 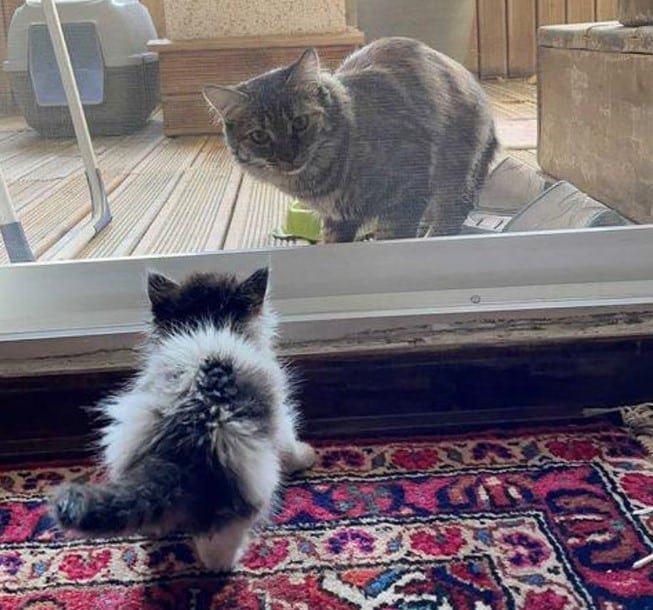 But, bit by bit, it started winning her heart over. One day, Bolur went to Titak’s bed and crawled in to sleep. That was the beginning of a great new friendship. 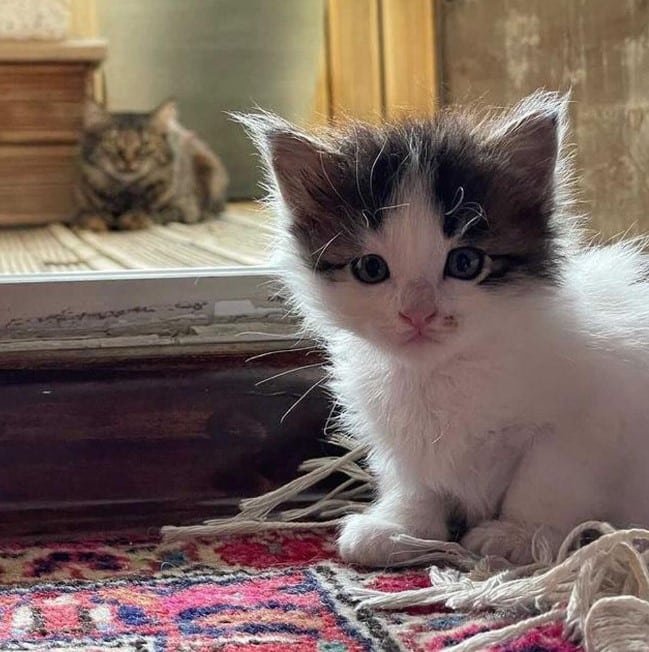 Now, the hissing and puffing is gone and Bolur and Titak are best friends. It was a great idea by Simin and her husband, who always put up cute pics of the dastardly duo online. We love it! 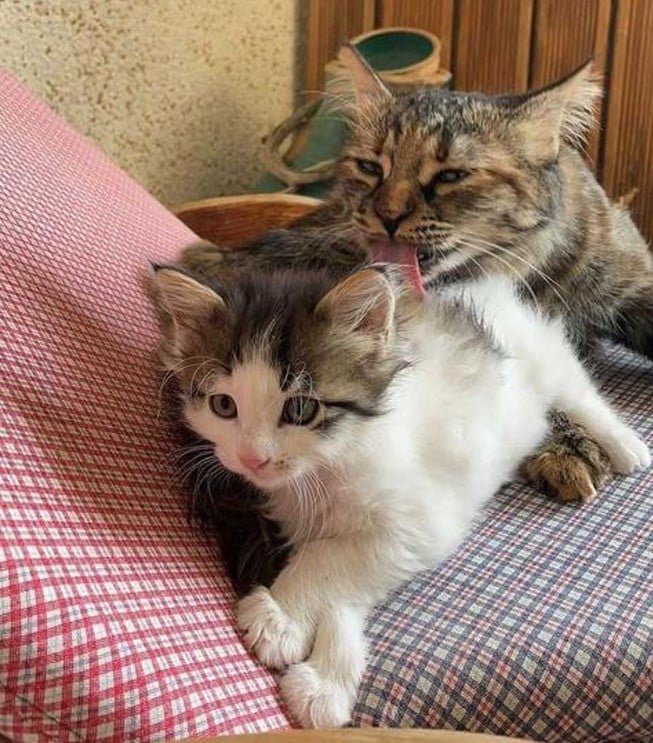 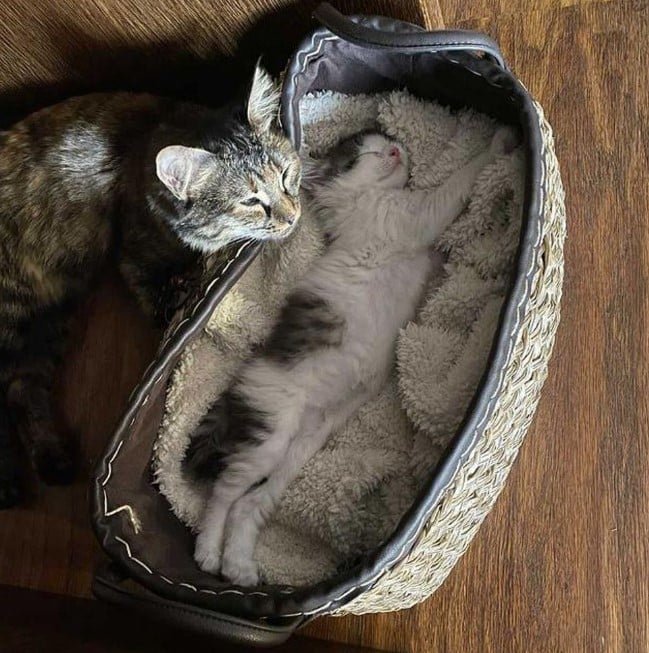