A few months ago, some people found a poor kitten on North Carolina’s streets. It was in bad shape. Fleas literally sucked it dry, and its eyes were so infected that he couldn’t even open them. The kitten was only a month old when it was brought to the Murphy’s Law animal shelter. 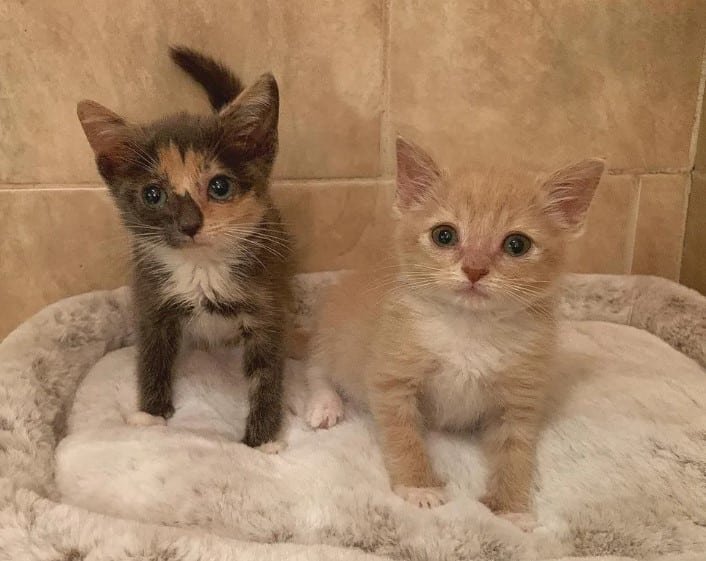 Sarah Kelly, the shelter’s founder, didn’t hesitate to take the kitten in and help it. She immediately rushed it to the center’s vets and they put him on various treatments including antibiotics for the infection. 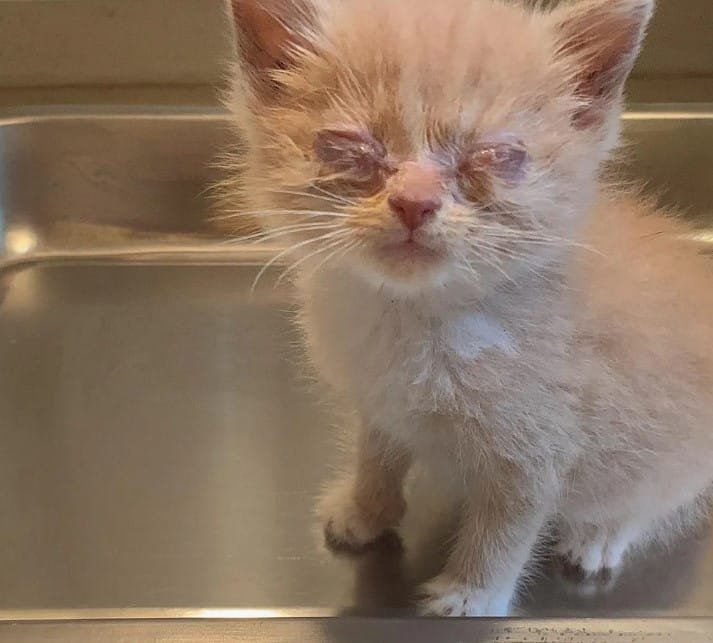 A Long Battle Ahead

It was clear that the kitten had a long battle ahead. The good news is that he responded to the therapy properly, and it wasn’t shy about foods too. After just a week, it already showed big improvements. It finally opened his eyes and started purring. Sarah named the poor kitten Meep, and just a few days after his arrival, she was contacted for another kitten found on the same location. 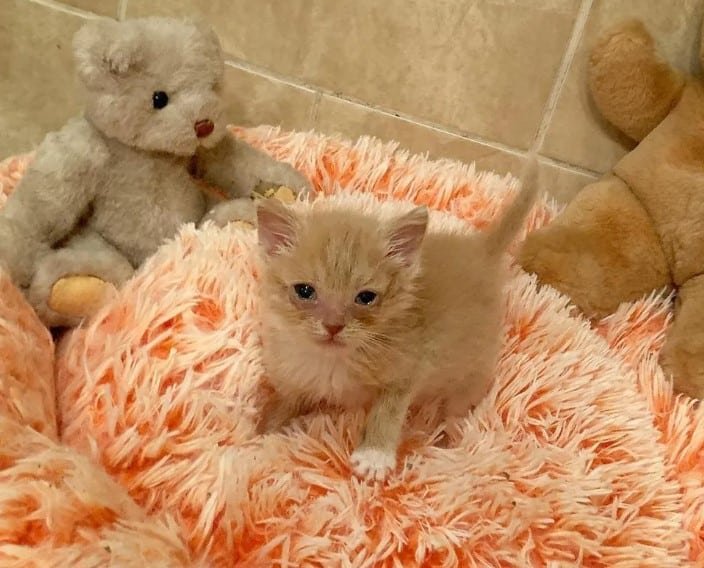 Sarah had no idea they were of the same litter. The poor kitten was in bad shape too, but thanks to Sarah’s help, it got better. This kitten was named Molly and Sarah realized that Meep’s her brother after they met for the first time. 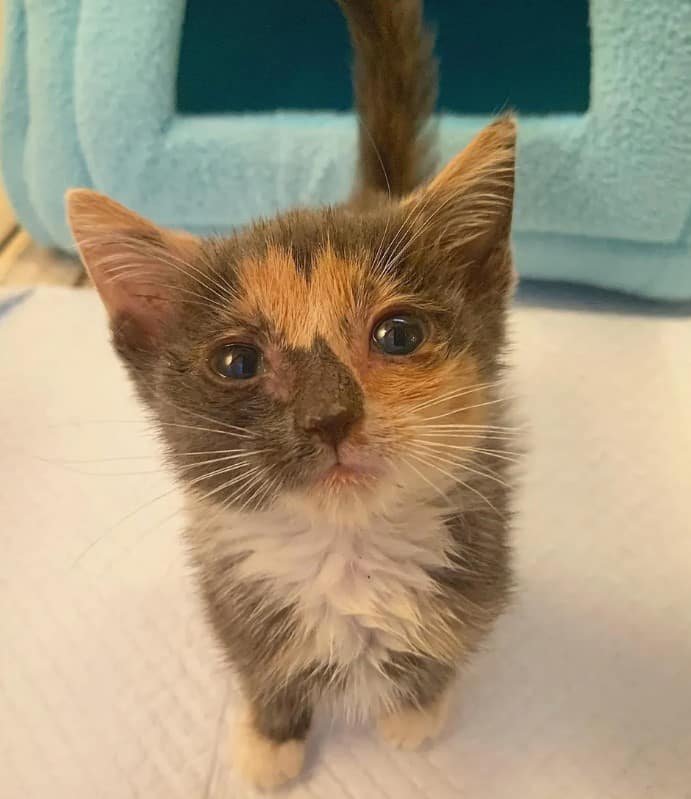 The two kittens were very similar and obviously had a bond. The fact that they met accelerated their progress. In just a few days, they were running around like crazy! Once they were given the medical green light, the two siblings were sent to a foster home. They make for an adorable duo, and Sarah’s hoping that a kind soul adopts them both as they work best in pair. 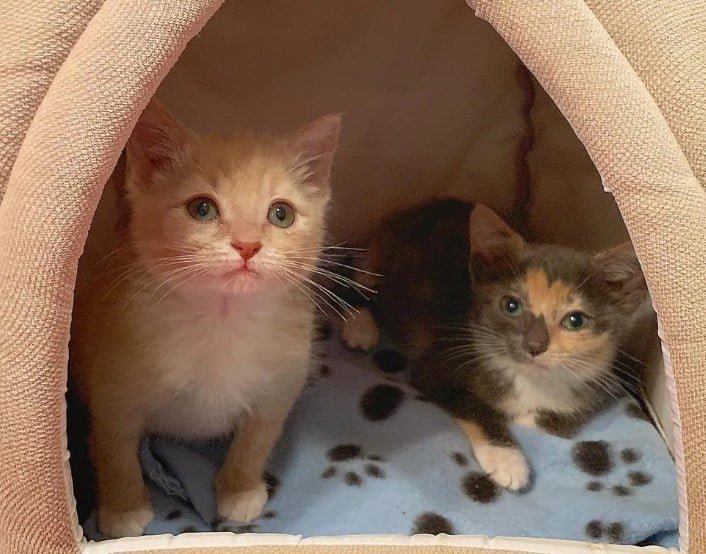 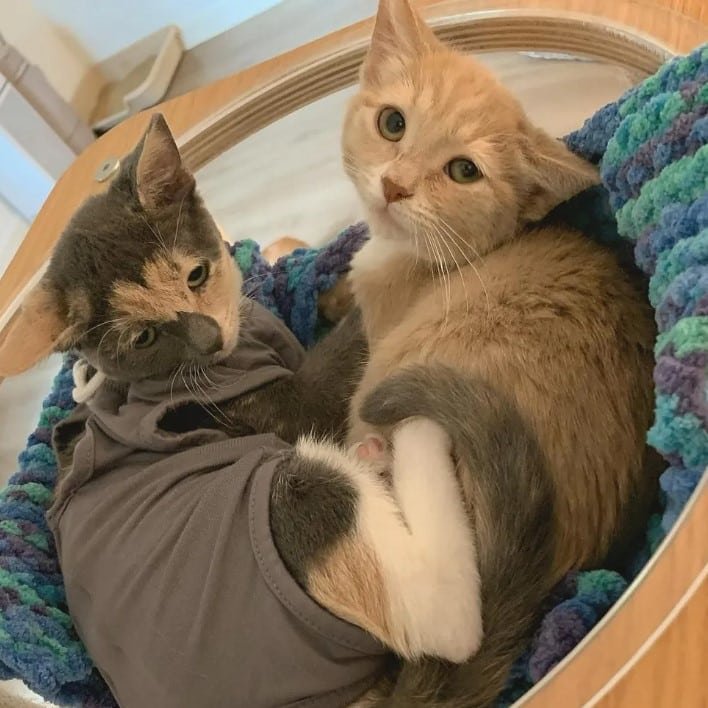 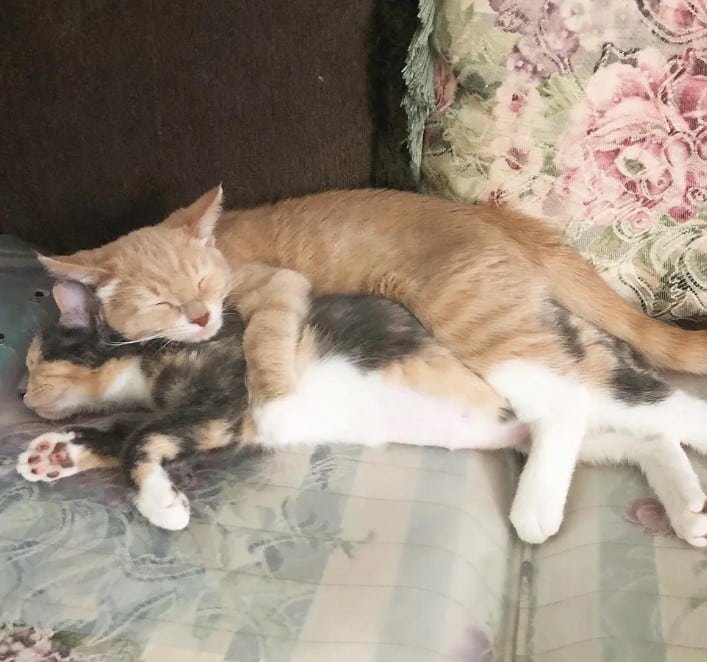