Hardy, an 8-month-old kitten was discovered just wandering around an apartment complex in District Heights, Maryland. The cat had clearly been tortured and abused by someone who had cut his ears and tied up his limbs and tail, leaving very bad injuries.

Thankfully, though, the kitty was taken in by to Prince George’s County Animal Shelter. A staff veterinarian at Alley Cat Rescue, which is an organization that helps cats in need, saw Hardy at the shelter and pulled him out.

“We have named our newest addition Hardy. This name means courageous and able to overcome difficult circumstances. This name is certainly fitting for this cat who has endured weeks of cruelty and yet is still affectionate and trusting of humans.” Hardy’s rescuers mentioned on Facebook.

His feet and tail had been cruelly bound with rubber bands, and his ears were mutilated beyond repair.

“His ears were a rag – like shredded – when they came, so they had to amputate his ears.” his rescuers added.

A few of Hardy’s toes were so badly damaged from the rubber bands, they had to be amputated as well.

Hardy desperately needed surgery to fix his wounds, but his recovery went well. He is a true fighter and survivor, though. Right after his operation he was purring and kneading his blanket with joy. 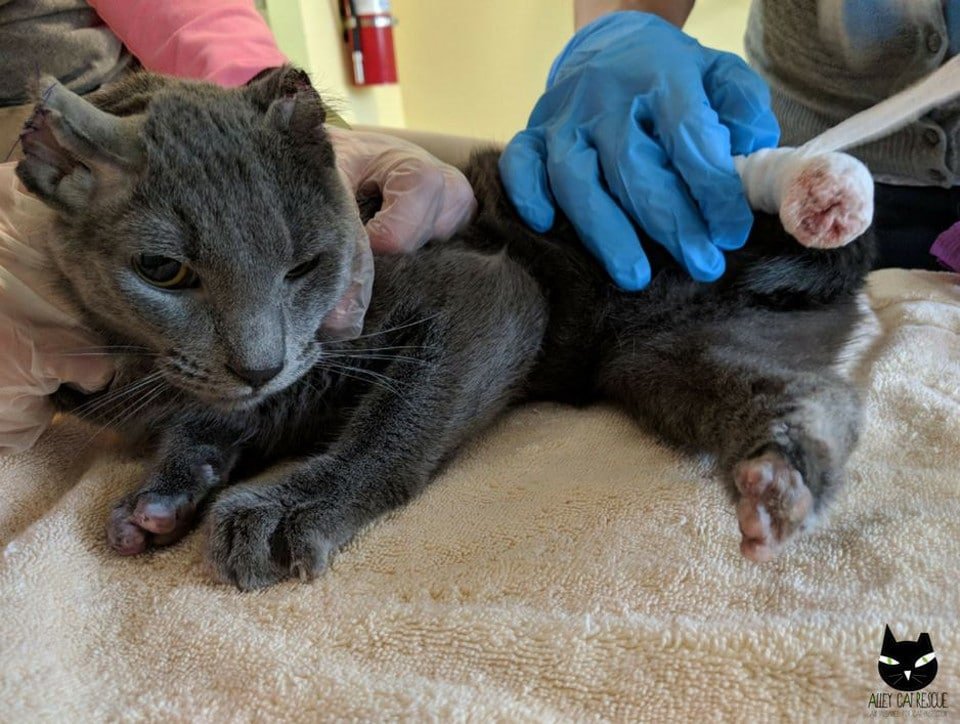 “Our vet is applying new bandages to Hardy’s leg. His lower left leg was injured down to the bone and he will need continued treatment and monitoring.” Hardy’s rescuers stated on Facebook.

Despite everything he’s been through, Hardy is still extremely affectionate and friendly, he wants nothing but love!

“Hardy loves all the support and compassion he has been receiving! But most of all he loves his treats his foster mom spoils with. He has been recovering very well and is becoming a social and active kitten.” his rescuers continued. 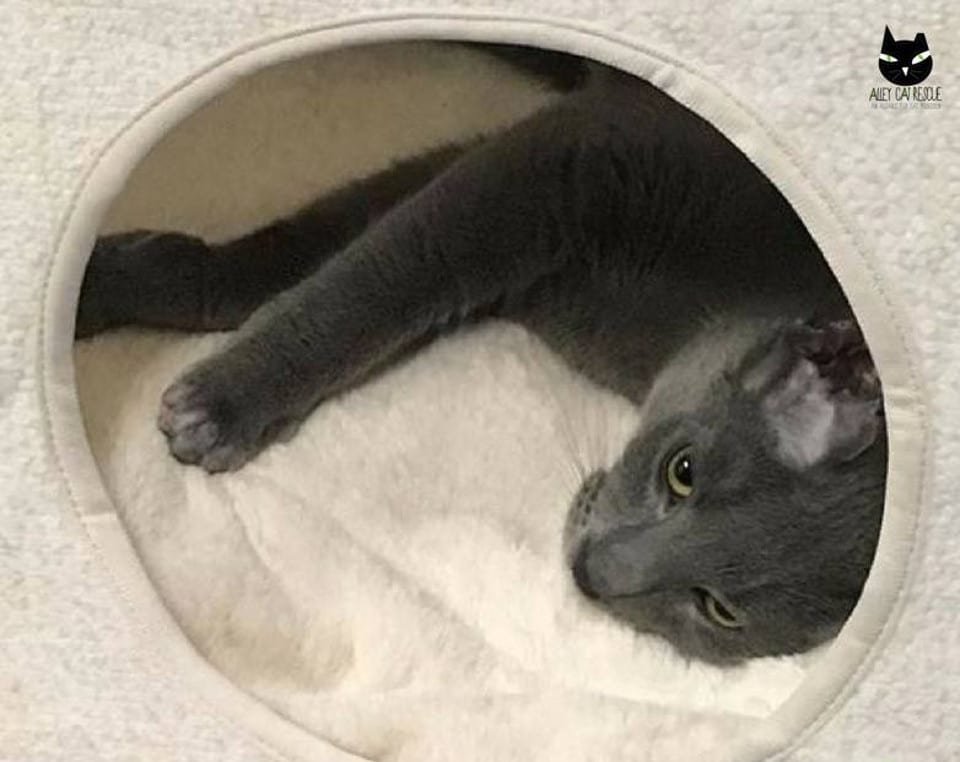 A criminal investigation is currently in progress to locate and prosecute Hardy’s abusers.