Some kittens are shy, others are quite vocal about finding a home. They will do anything in their power to find a person who wants to adopt them. In most cases, their ‘power’ to do that is not being shy to cry. 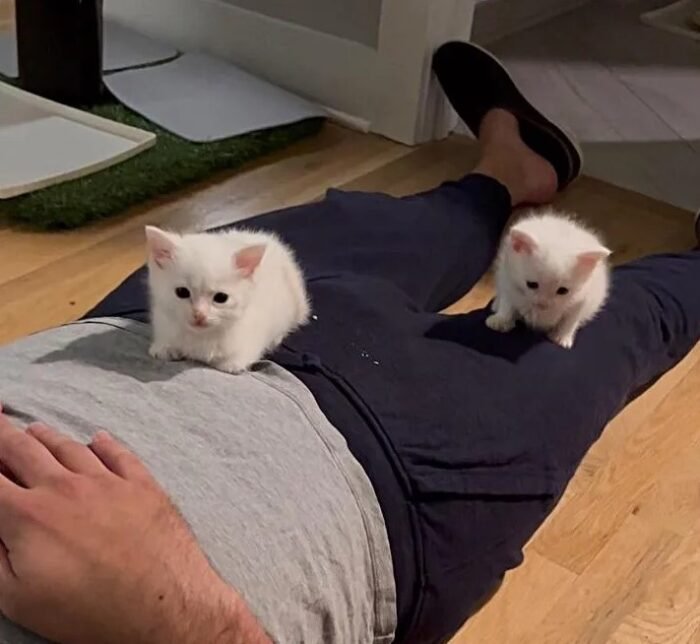 That’s what this white duo did for weeks. They were found meowing in a backyard, and a good Samaritan passing by couldn’t leave them like that. It was obvious that their momma didn’t return, and if he didn’t take them with him, they could have died. 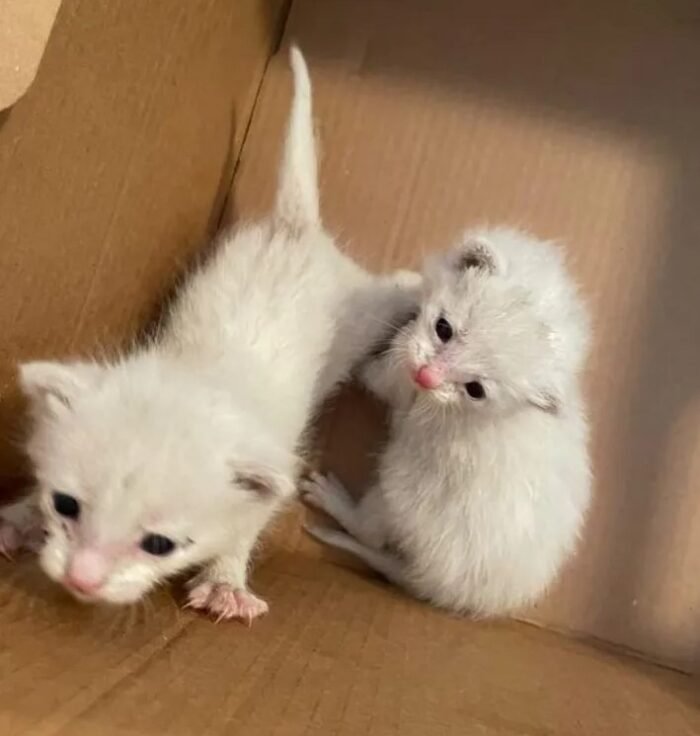 The man heard the desperate cries while on a walk and knew he had to do something. He put them in a box and brought them to the Nashville Cat Rescue center. They were washed as they were very dirty and given some food and water. 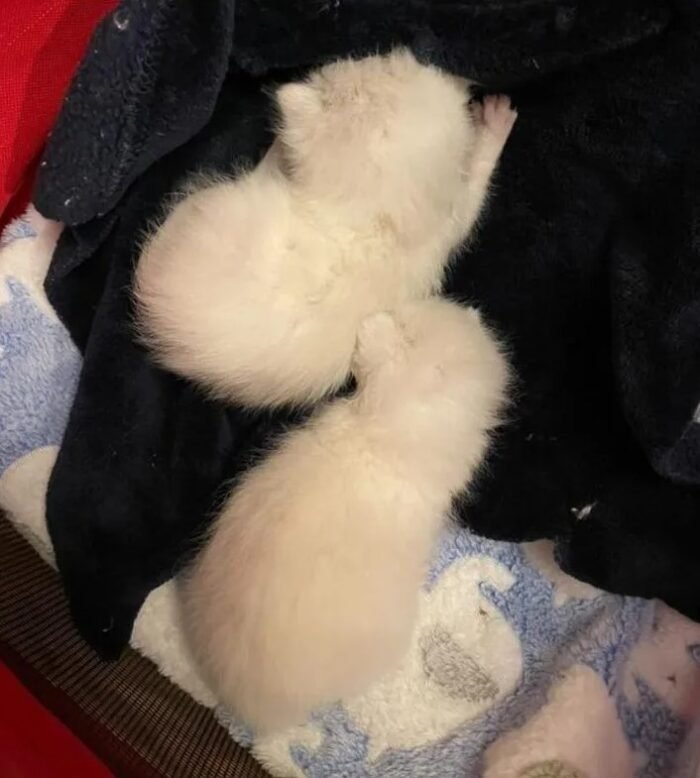 As they grew day by day, the kittens broke out of their shells and became quite the snuggle bugs. Their foster parents loved cuddling them, and know that they’re clingy because they’re small and don’t have a mom. They were probably left alone too small and that’s why they need to hold on to something. 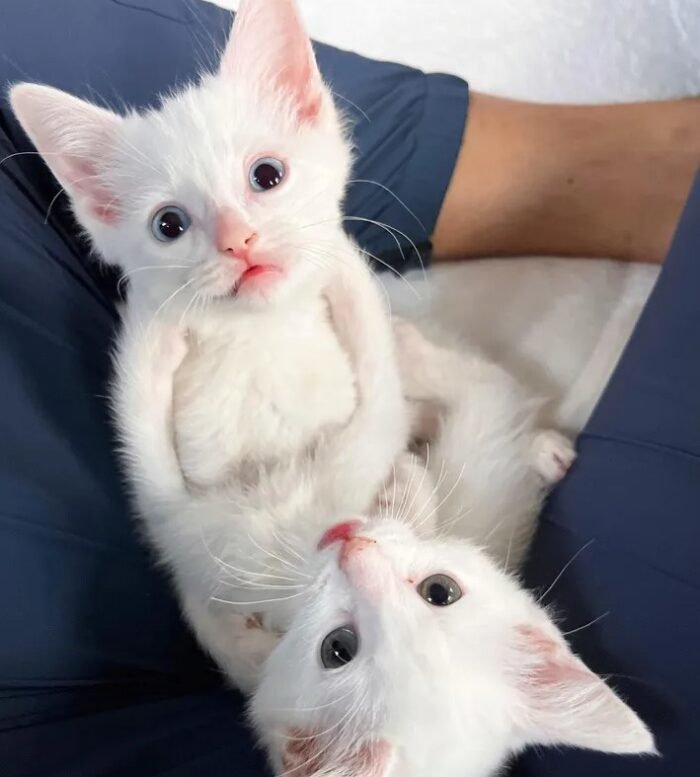 The boy and the girl are quite spirited. They run around their foster home all day long, and have come a long way since being found abandoned. It won’t be long before they find a loving home, but only under one condition – they must go in pair. They’re best buds, and we wish that someone gets the cute duo together. 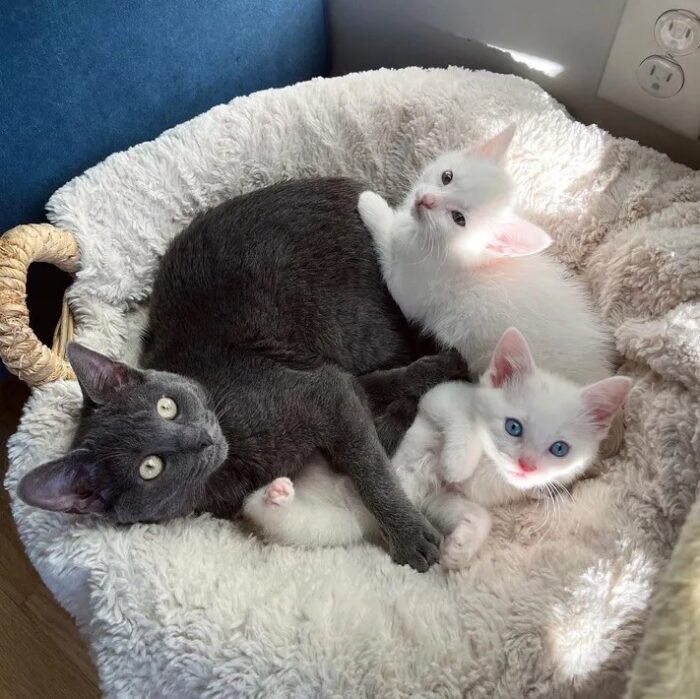