We all need to have a best friend and that includes animals. Just like us, animals like to have a buddy on their side which will celebrate their highs and comfort them in their lows. However, finding a good friend is pretty difficult as sometimes personalities can get in the way. This is exactly the problem the tiny Fennec fox Kuzma had with the family’s dog. 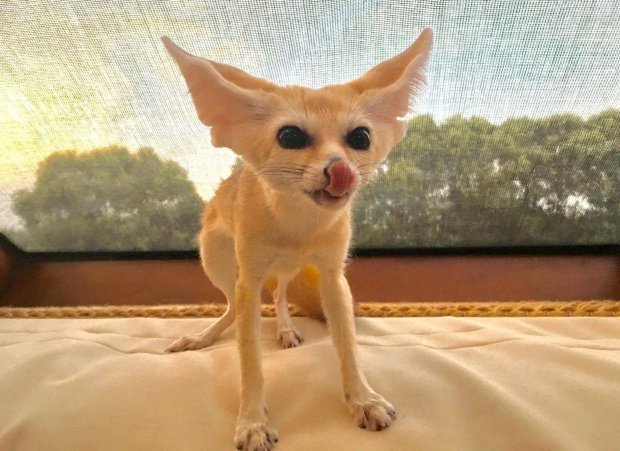 Kuzma is a lovely Fennec fox who lives with his mom in Moscow. This fluffy cutie loves everyone around him except for the family’s dog.

Kuzma’s mom Milana adopted the foxy when it was only 3-months old. It was in great health at the time, yet he felt alone, so Milana and her partner decided to get him a friend. “He’s very friendly with everyone, but he didn’t seem to like our dog,” Milana said. 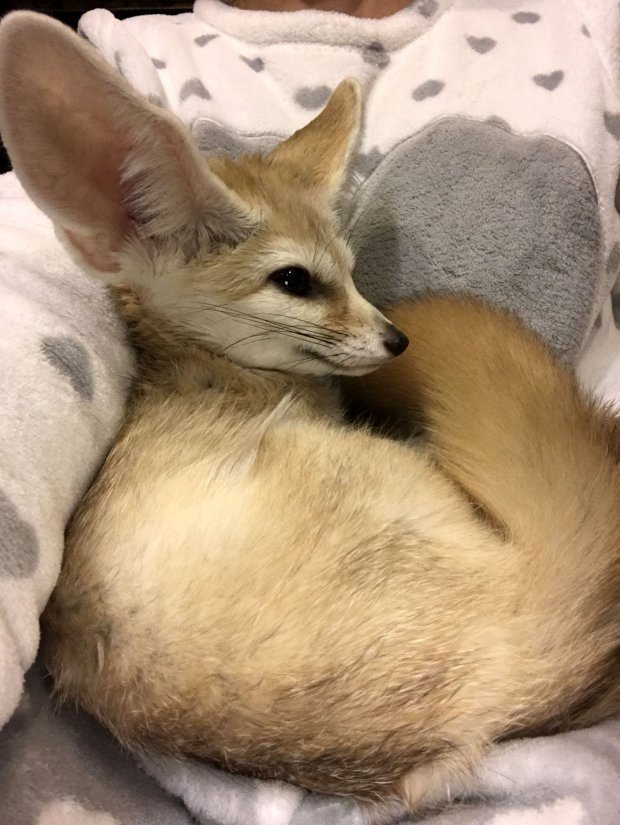 If you’re not familiar with Fennec foxes, here’s some info: Fennec foxes are the tiniest breed of fox. They are super tiny except for the ears which are literally half of their body length! You won’t find one near you – they are native to East Africa and have a similar personality to dogs. 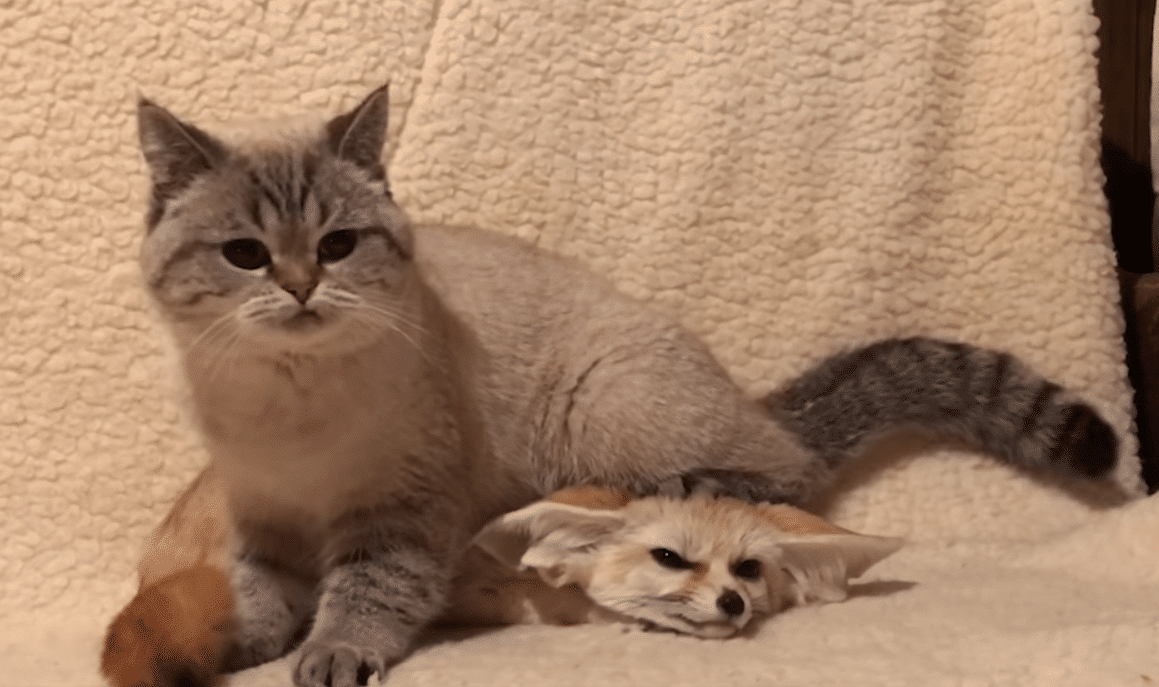 According to experts, the pups are docile and bite only when they feel threatened. They can be trained just like dogs and are very friendly. If they bother another pet in your home, it’s because they like to play all the time. 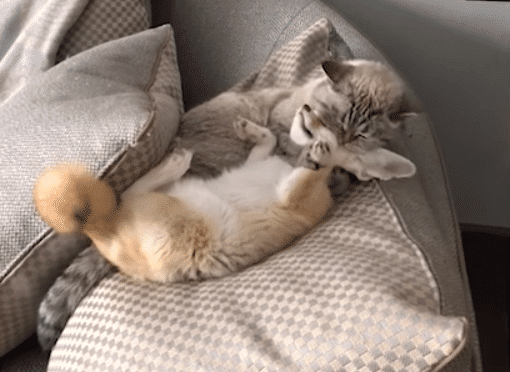 Kuzma, however, wasn’t so fond of the dog, so his mom decided to get him a fluffy friend. The couple adopted a British Shorhair cat who they named Zima and Kuzma couldn’t be happier about it. 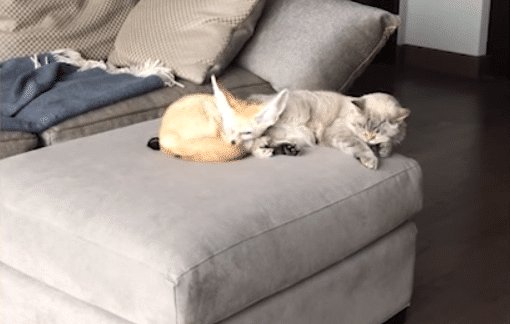 Now, Zima and Kuzma spend all their time together. The foxy bothers the cat at times, but they get along just fine.

Recently, Milana posted a video on YouTube of the best friends playing with each other and it has warmed the heart of millions of people around the world. 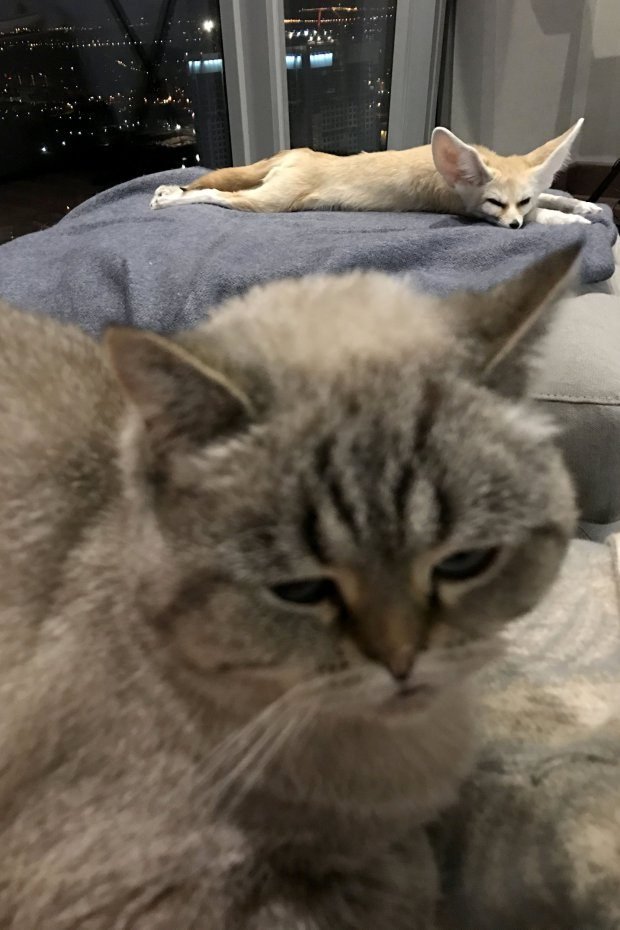 Just like all roommates, the cat and fox can get on each other’s nerves. Kuzma loves chasing Zima around the house, but Zima gets her revenge by loving to sleep on Kuzma’s head. 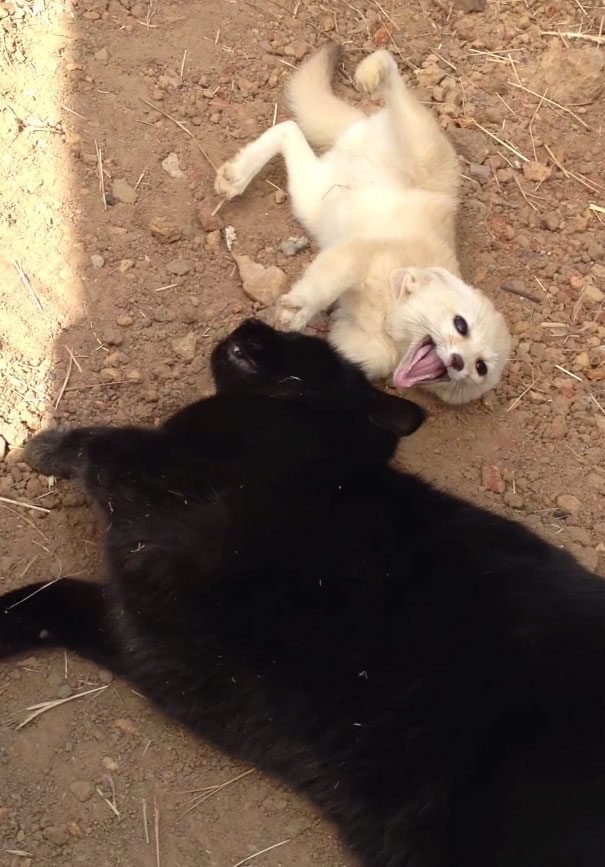 We’ve never heard of such a great relationship between a fox and a cat, but Kuzma and Zima are the perfect example that it exists. Check out this unusual pair of friends in action: