We often read stories about kittens being saved from the brink of death. That was the case of a tiny ginger kitty in 2017 that was saved by a kind girl from certain death. It was just laying in the middle of the road and was in pretty bad shape. After bringing it to the vet, it was established that the kitty was in grave danger. It couldn’t eat or drink water by itself and if it hadn’t pulled through, it would have been euthanized. 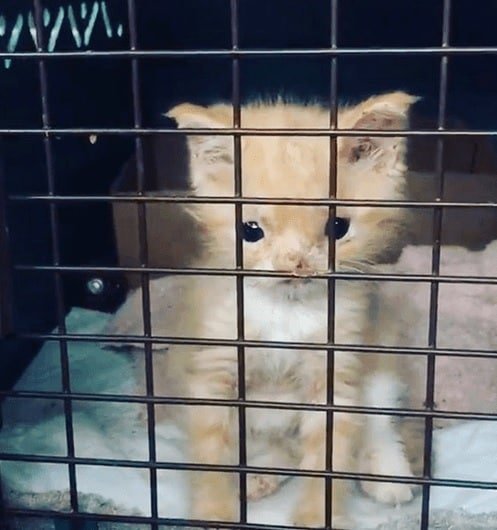 However, the kitty proved a big fighter. Lindsay, the girl who found the kitten, decided to foster it back to health at home. She named him Smush and got all the meds he needed. Tiny Smush needed respiratory meds for an infection. As days went by, Smush got stronger. In a month, he learned how to eat by himself and grew bigger. Smush was getting better by the day, and from underneath the rough exterior emerged a beautiful kitty. 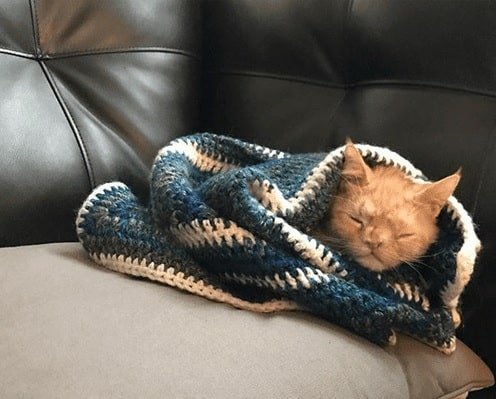 A few months later, he was adopted in Florida by two girls named Shannon and Sarah. They gave him all the love and support he needed and posted pics of him on Facebook. It didn’t take long for these to go viral. Smush was enjoying life with three dogs, three cats, and a hedgehog and his pics didn’t to missing. 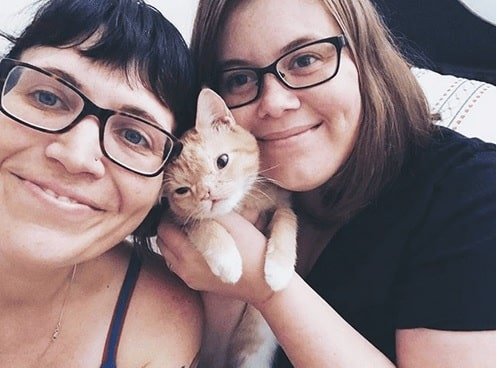 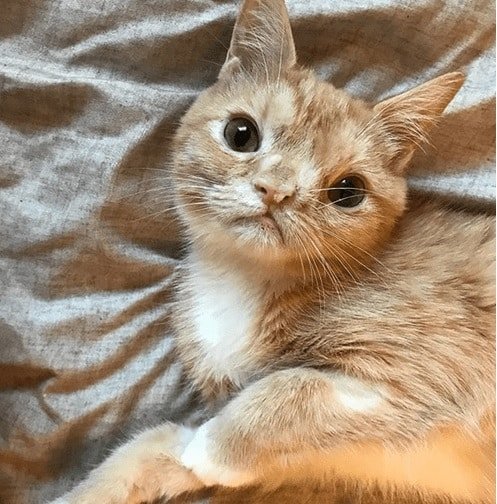 Watch the video to see the brave fighter turn to an Internet rockstar: