We’ve read many stories about people finding a cat when they went to see a dog, but none like this one. Some people are dog people and they wouldn’t have it any other way. Many fight their positions fiercely, but no one can resist a kitty’s sad eyes. Just ask the soldier on the pictures – he recently learned that the ‘hard’ way. 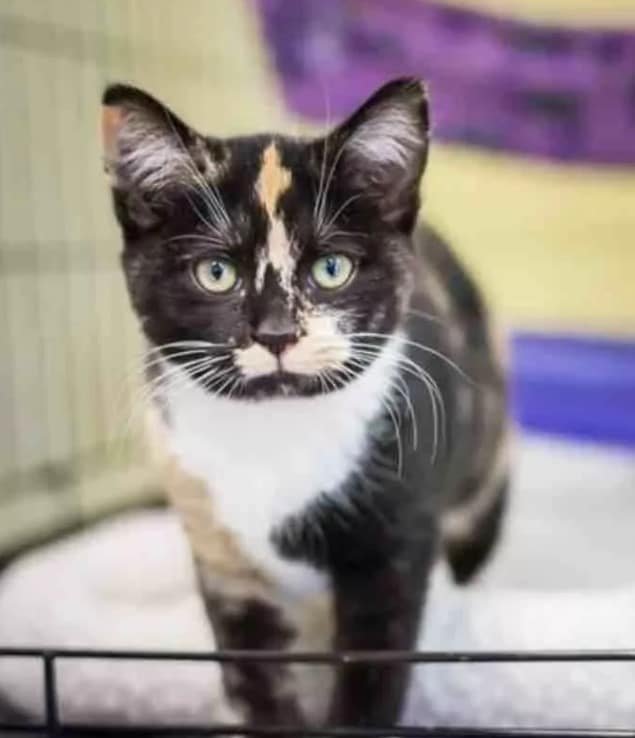 He went to a shelter to find a dog and was disappointed to learn that they were all adopted or waiting release papers. He was on his way back home when he spotted a cage with a cat back in the room. He went to check the obviously interested kitten and opened up the cage. It didn’t waste time to jump on his chest and grab the top of his military cap. He loved the enthusiasm of this kitty, and, in his own words, instantly turned to a ‘huge sap’. Right then and there, the soldier decided to adopt a cat instead. 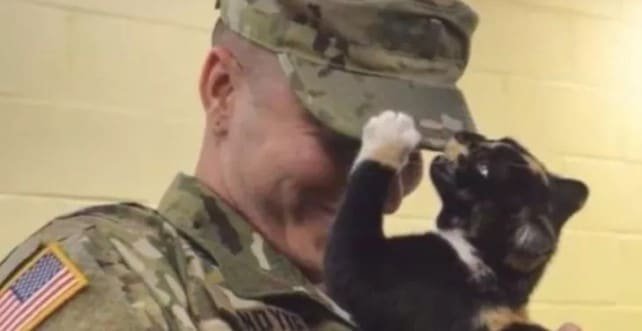 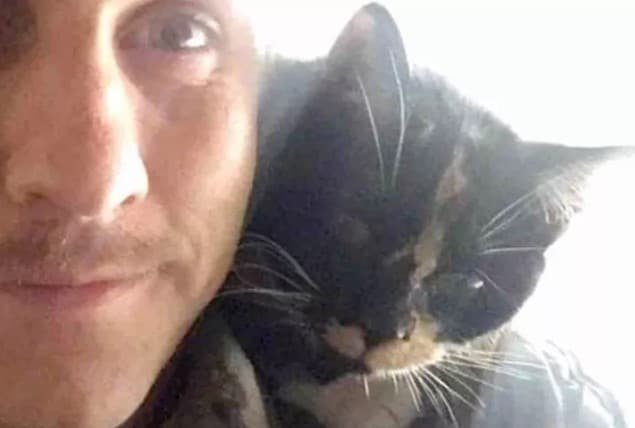 The cat was named Marbles, but he renamed her to Barb. He says that he’s fully converted to a cat guy now. In just a short time, Barb settled right in, and now they’re living the best life possible. With a bigger friend too! About six months later, the soldier got his wish and adopted Rupert the dog. Not in place of Barb, of course. They’re sharing the home together and love each other so much. 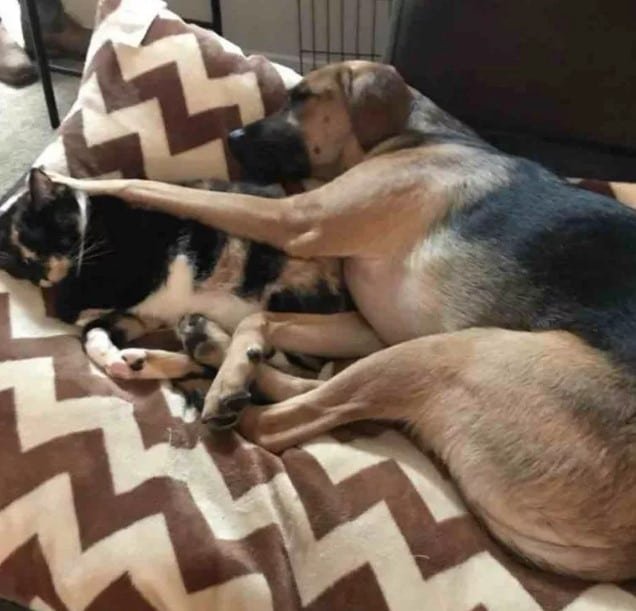 In the end, it was a win-win-win for all the parties involved.