We’ve seen kittens with various disabilities, and although it’s sad, they never let their problem get in the way of their life. Such is the story we have for you today. 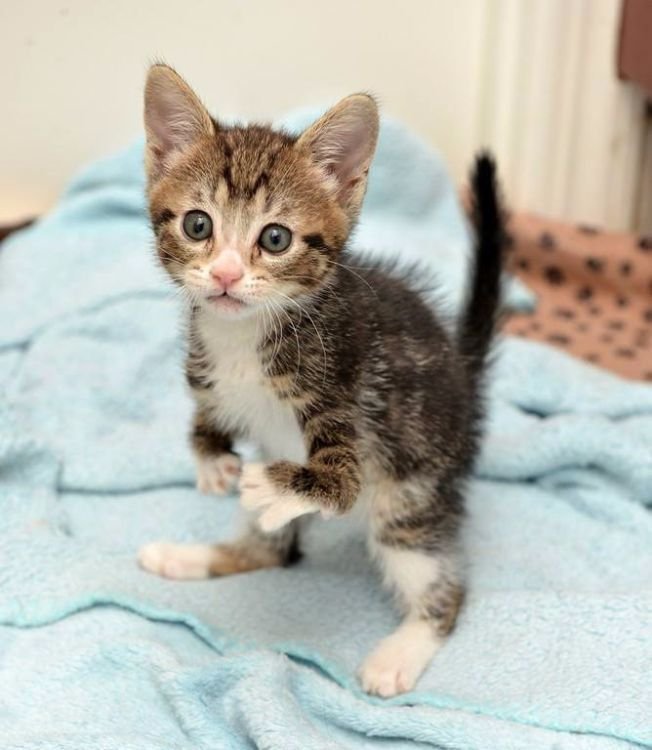 Kanga is a kitten with a serious disability who was rescued from the street at only 1 month of age. The clinic she was took in suggested euthanasia for the poor kitty, but the woman who rescued her disagreed. 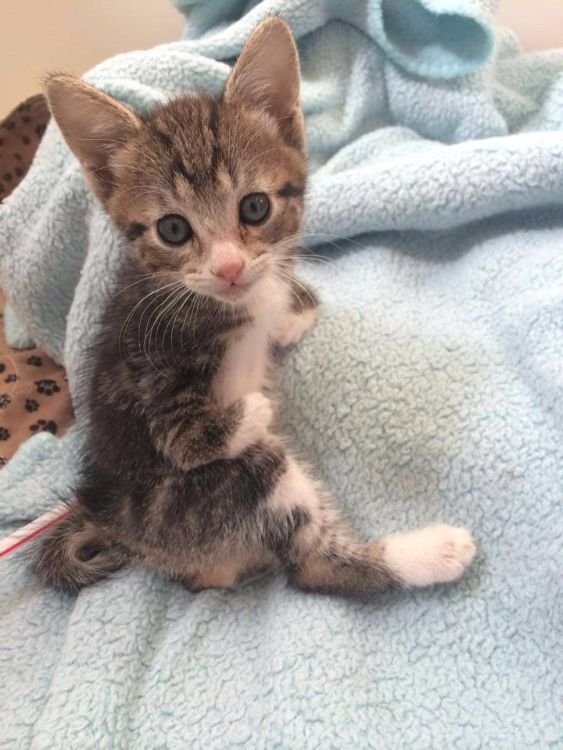 She found another clinic which had other ideas for the kitten. One of the staffers decided to call a rescue center from North Carolina who took the kitty and changed its life. 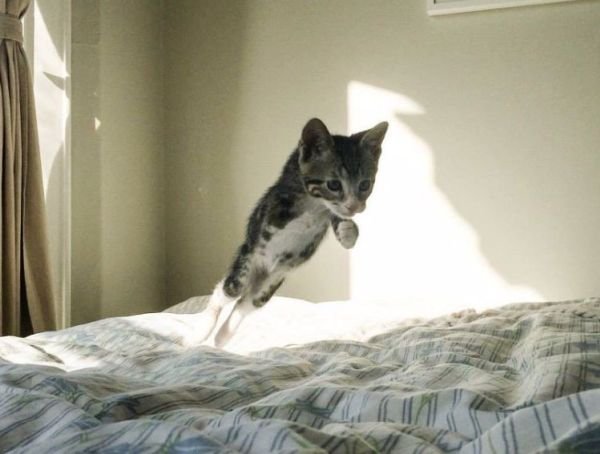 Although fragile, the kitten was certainly playful and cute. She hopped on her legs like a kangaroo, and after a while, she was adopted by a woman named Joyce. 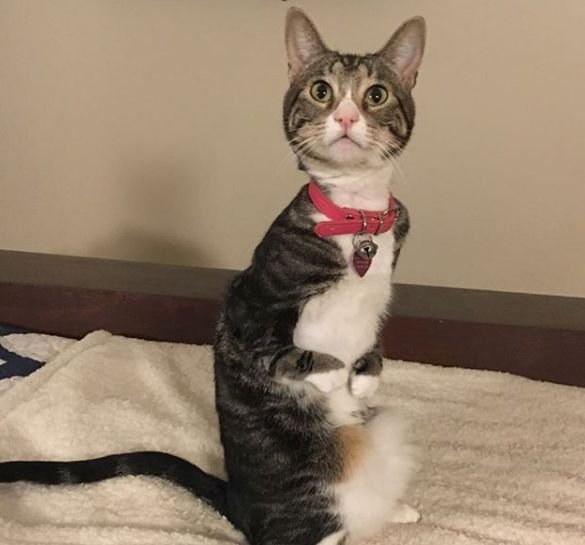 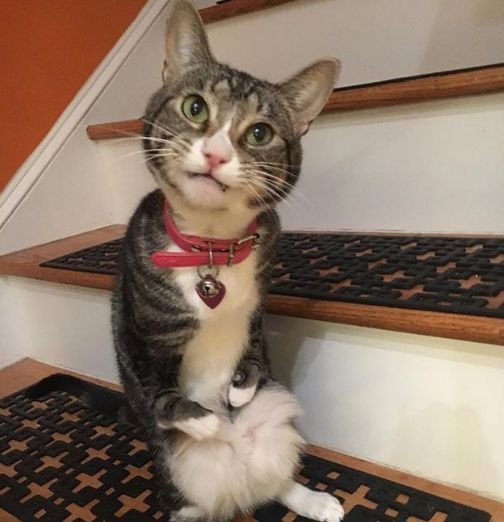 Joyce named the kitten Kanga and she absolutely adores her. After a year, Kanga became the foster mom of a kitten named Hector and she did a pretty good job. 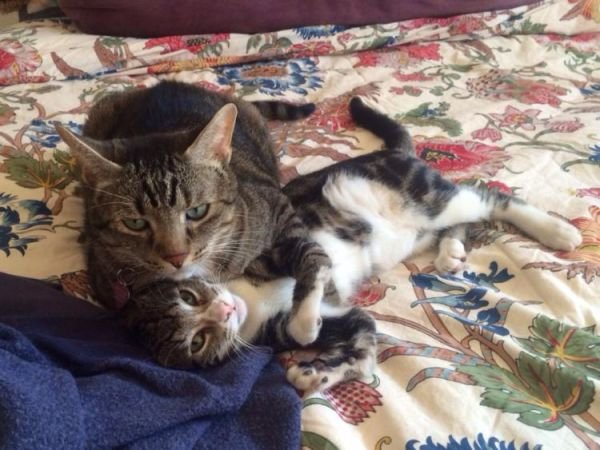 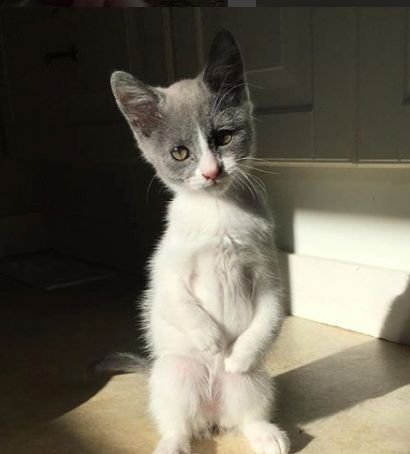 Kanga recent baby is a cute grey-white kitty born with the same disability, but luckily, he has his mother to help him with the troubles. Take a look at the cute kitty in the video below: