Weight is one of the most important things pet owners should pay attention to. Having a chonker makes for a few cool pics and Internet jokes, but it doesn’t do any favor’s to your cat’s health. On the other hand, some cats can be big and healthy, just like this Bristol-based chonker who can bypass any lock and protection. 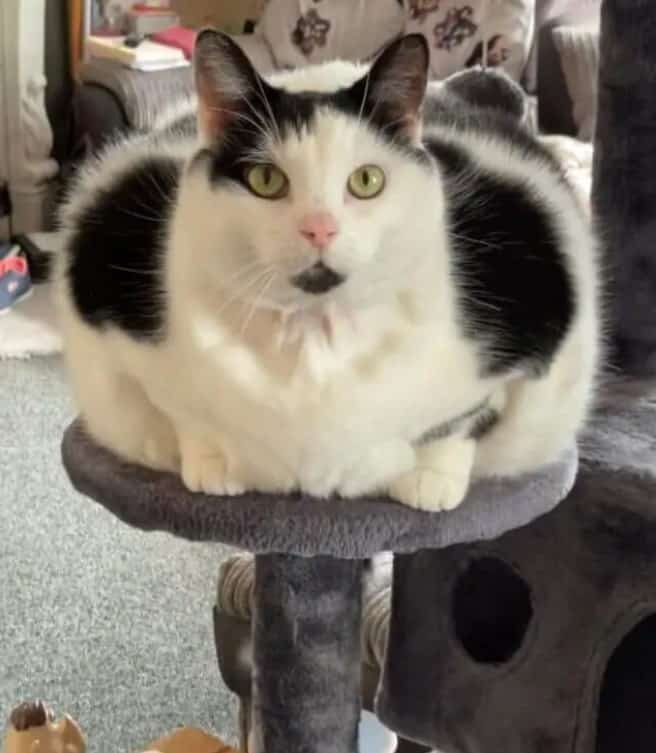 Owned by Sara Matthews, this black and white beauty has managed to conquer all the baby locks put on the fridge and kitchen drawers. No matter what his mom does, Keith is sneaky and smart enough to go around them all. He used to be a stray cat with digestive problems due to malnourishment, but it’s safe to say that he’s overcome it all. 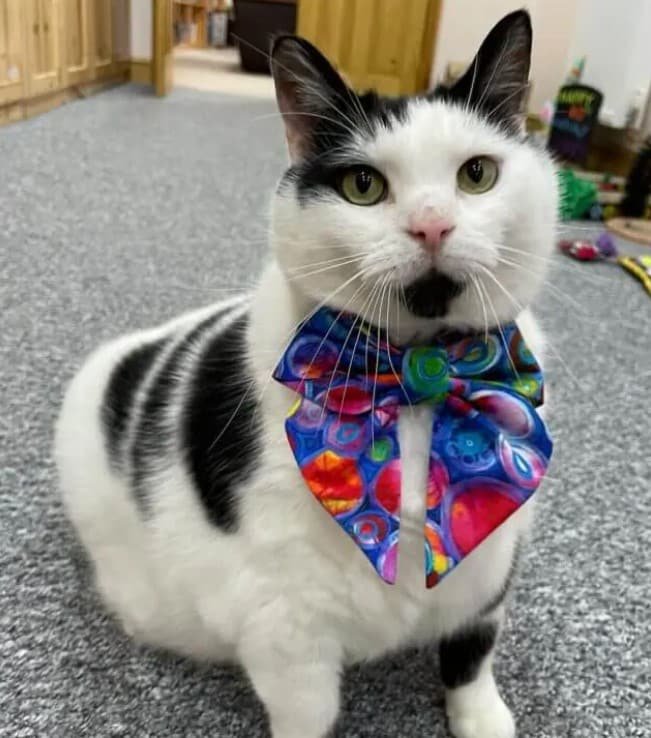 A Present for Sara’s Autistic Cat

Keith was saved by Sara from the street and given to her autistic daughter as a pet for her 10th birthday. It didn’t take long for Keith and the kid to hit it off. They’re best friends from the first day onward, and she’s impressed by Keith’s sneaky abilities to steal food from everywhere around the house. 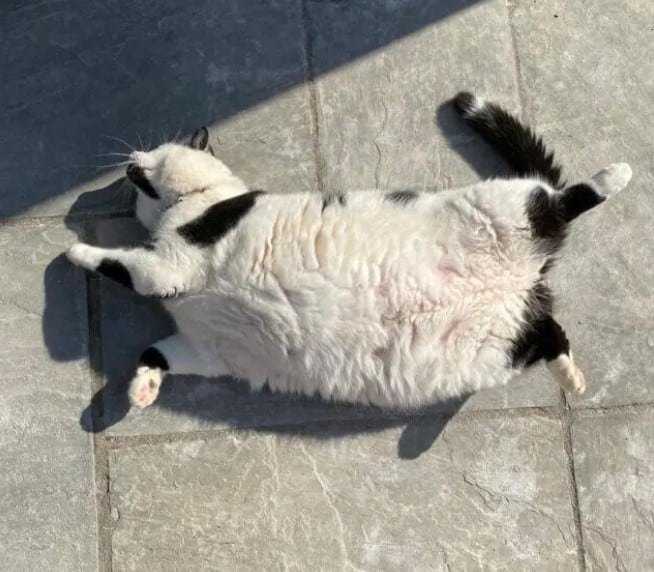 As soon as the family realized he can’t stop eating, they locked everything with child locks. He’d still eat anything, including veggies, pizza crust, and bread. He’d go through the bins at night and open up the fridge and drawers despite the locks. 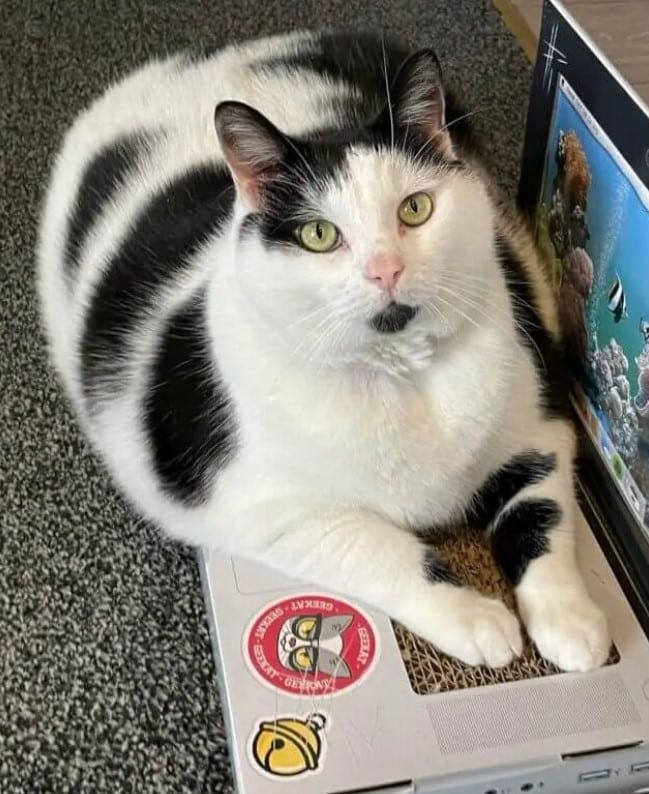 Of course, that resulted in a lot of weight gained. They tried everything to help him lose weight from puzzle feeders to smaller meals. Nothing would slow him down. It got his mom worried, and there was no way to stop his appetite. They did expensive blood tests for any diseases, but they were all negative. 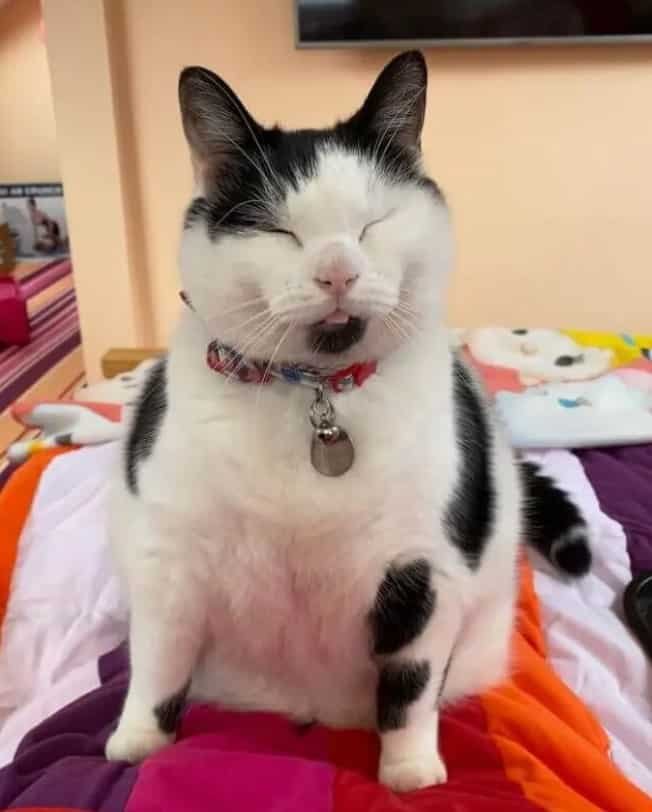 On the positive side, he’s a happy and fat cat who’s just as energetic as any other cat. We hope that he stays healthy and that he at least cuts back one meal per day. 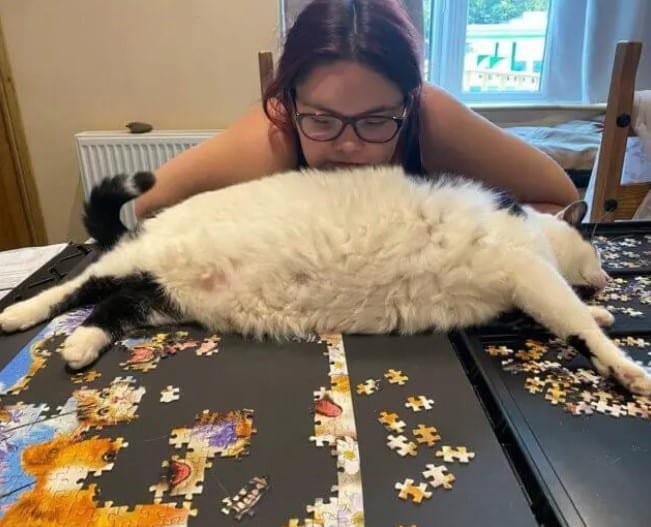