A few months ago, a North Carolina resident found 4 tabbies left out near her home. She didn’t have the heart to leave them like that. Instead, she took a box and brought them home and called a local cat shelter, Sparkle Cat Rescue for help. 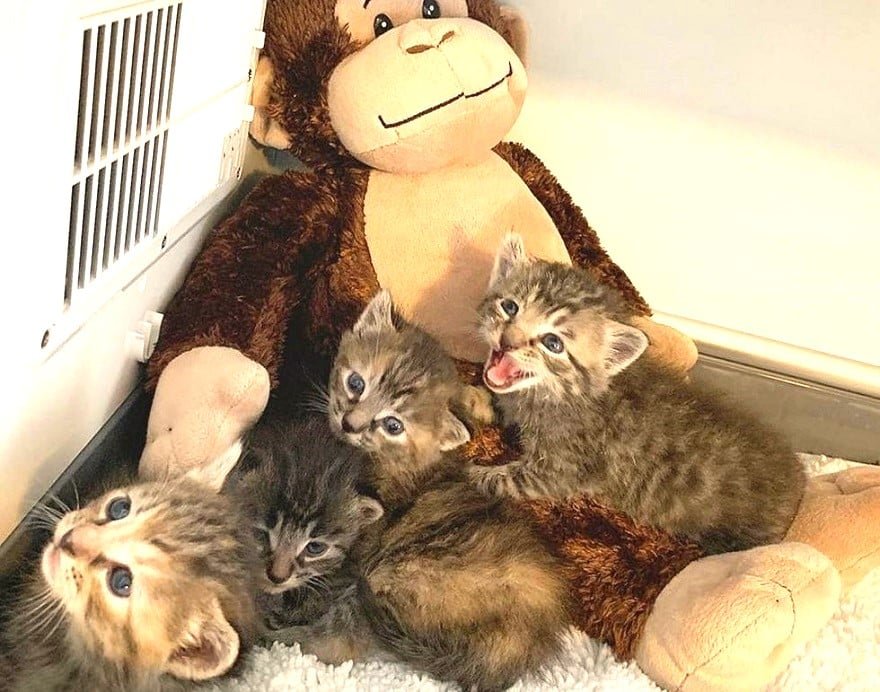 It was freezing cold outside and they needed to be warmed up properly. Sarah Kelly, a volunteer from the shelter, remembers the night very vividly. She says that they were cold to the touch and the staff worked hard overnight to keep them warm. Luckily, their temperature went to normal soon. However, there were now other health problems to resolve. 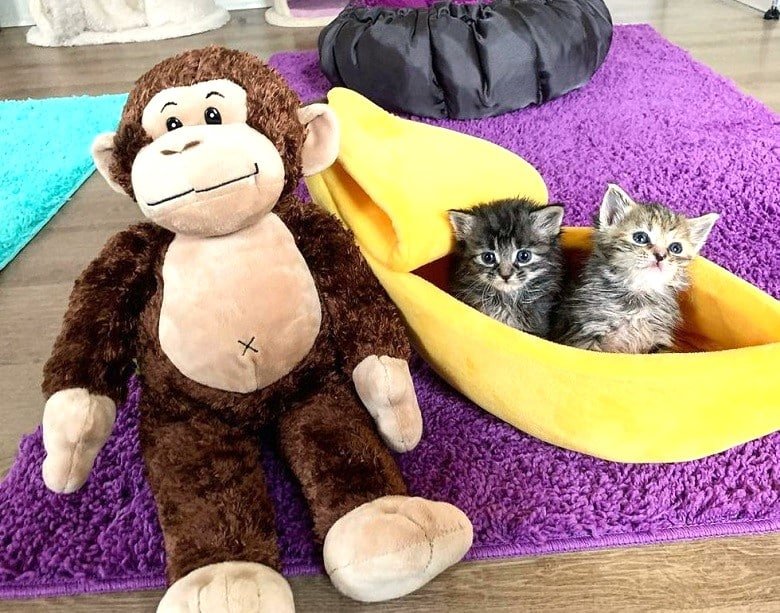 One of the 3 kittens didn’t make it overnight. The rest of the litter fought to stay alive, but it would be days before they were stable. The 3 orphaned kittens were becoming stronger by the day. Bit by bit, they started coming out of their shells. The staff liked what they were seeing, and it was clear that they were going for adoption pretty soon. 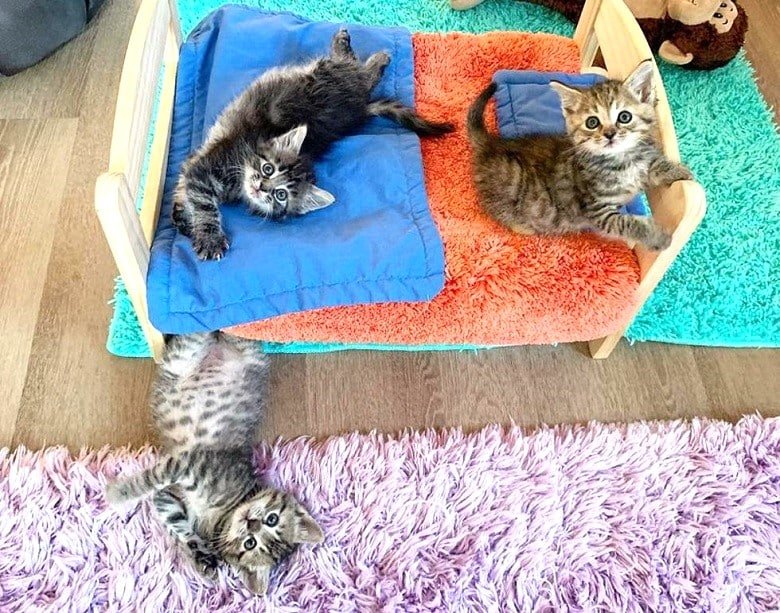 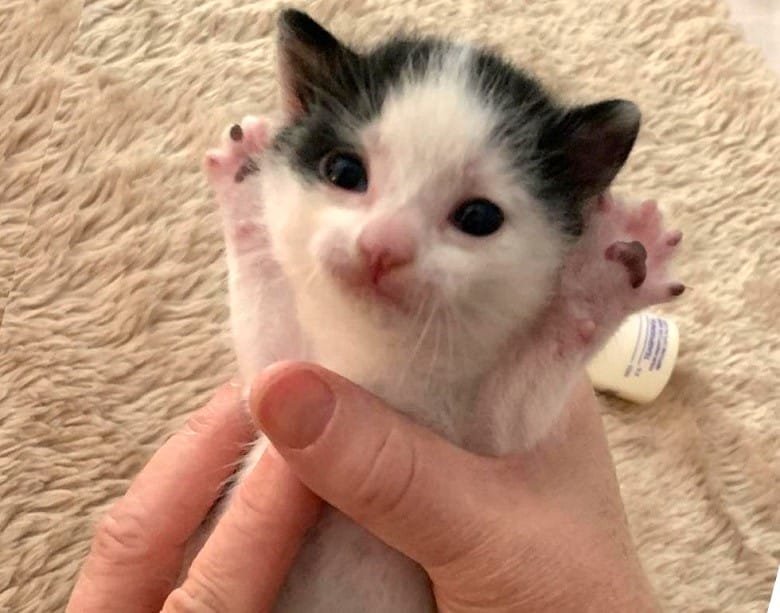 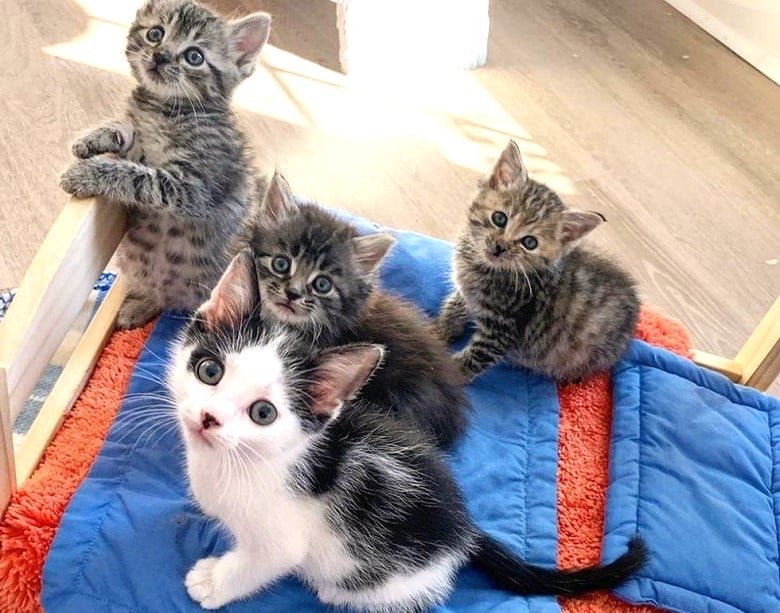 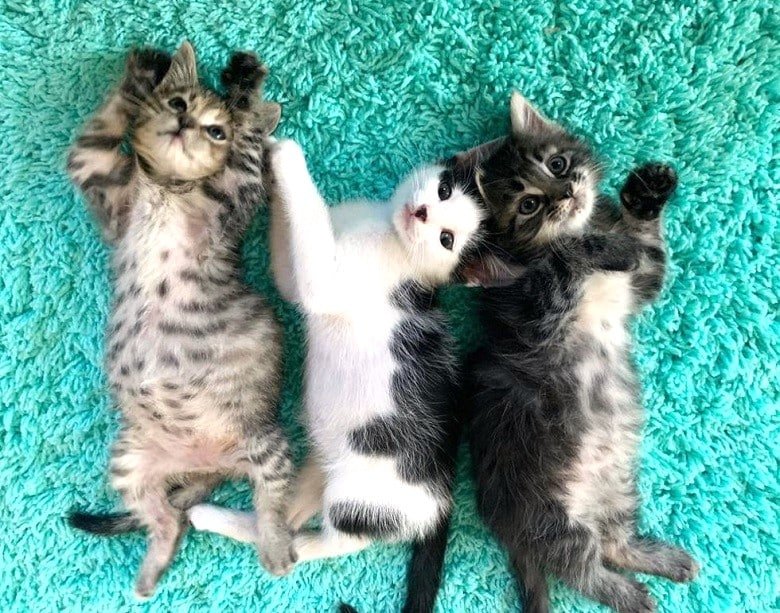 Howie, Vee, and Mac were very playful kittens. They spent their days running around the centre and playing with each other. They also loved to hang around and cuddle with their new toy, a giant plush monkey.

Once they were given the medical green light, their personalities started to emerge. All 3 of them were quite the mischief-makers, and the staff loved their antics.

A few weeks before their arrival, a cat named Bo was found without his mom. He needed a lot of care since he was scared and only pulled through with the help of Sarah Kelly. Once Bo was out of the woods, she thought that it would be a good idea to introduce him to the 3 orphans. It was not a good, but a great idea. 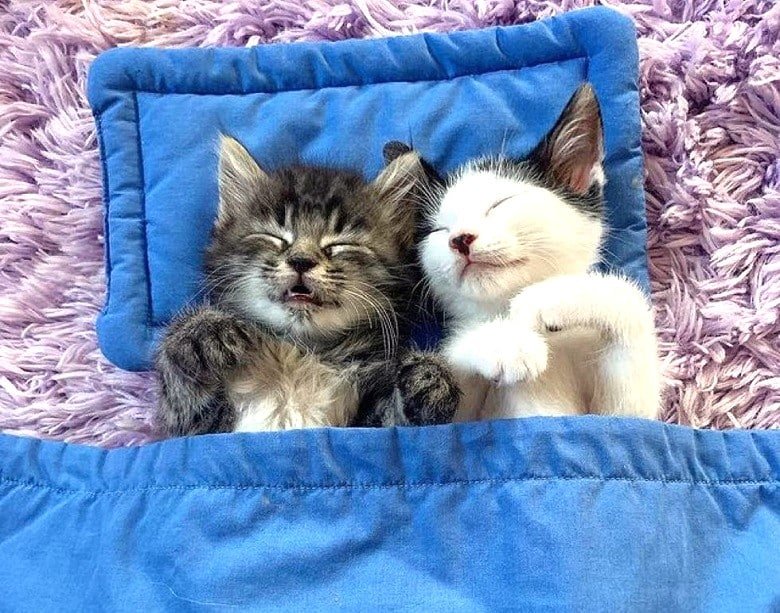 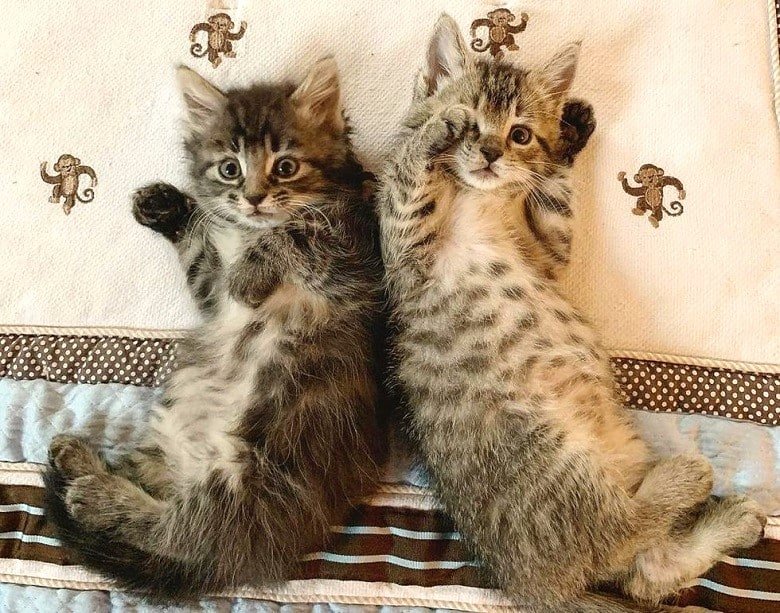 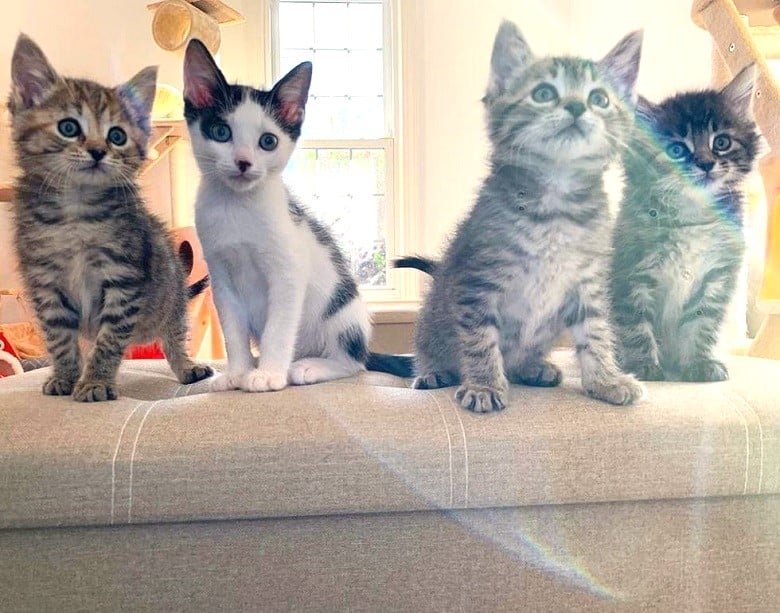 Bo and the 3 kittens kicked things off in style. They accepted him as part of the family, including him in all of their slumber parties. Thanks to the other kittens, Bo learned to socialize as well. The kittens were inseparable and adopted in pairs. Mac and Vee found a great and lovely home, while Bo and Howie, now renamed Catsidhe, stole the hearts of a family with a loving dog.

We’re happy that they all found their new forever homes.