A few weeks back, two soon-to-be-momma cats were discovered near some bins at a block of flats in Wembley by nearby residents. It was freezing cold outside and they obviously needed food and shelter as they were about to give birth. Named Romana and Florentine, they gave birth hours apart at one resident’s home. Florentine gave birth to a litter of three, while Romana gave birth to four. 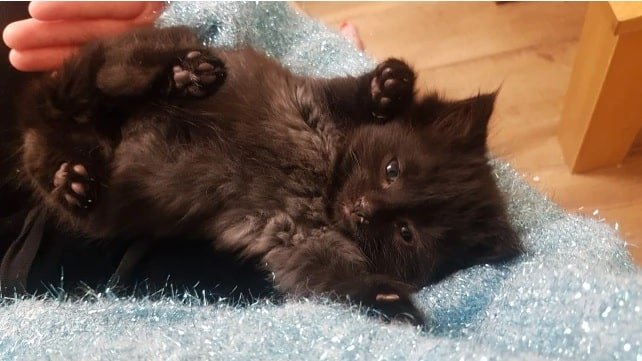 Once she ensured that they’re all fed, the woman called an animal welfare center in Kensal Green called Mayhew. An office came and got both cats and their new kittens. Since they had to recognize them somehow, the staff gave the kittens pizza names. They were named Meatball, Oregano, Napoletana, Pineapple, Margarita, Pepperoni, and Calzone. After being brought to the cattery, the moms were overly protective of their kittens, so the staff realized they’d be better off with a foster parent. 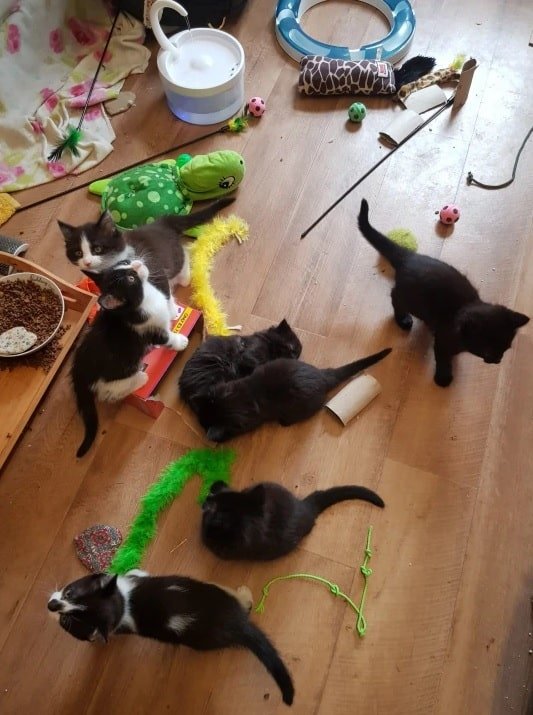 They called Nicola from North Kensington, a seasoned foster mom who didn’t waste time to get the cats. She was a bit nervous to get that many, but in just a couple of hours, Romana and Florentina settled in nicely. After six weeks, they were getting along great with Nicola, and so are the tiny mischievous bundles of fur. 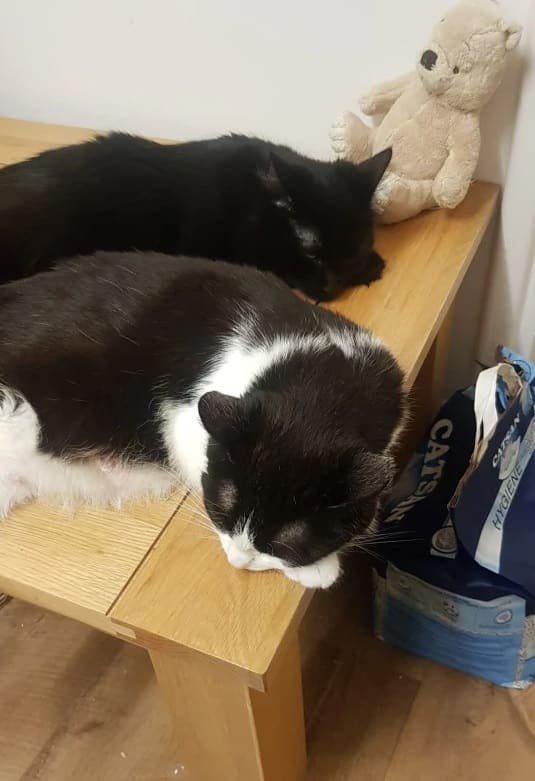 What’s most surprising is that the cats co-parent all seven kittens. Whenever one isn’t around, the other one feeds them. They play altogether, and Nicola has gotten so attached that it would break her heart seeing them adopted.

Of course, they need to find new warm homes, but considering how cute they are, we have no doubt they’ll be adopted soon enough.