No one wants a kitten with a genetic deformation which is a shame. These kittens are very playful and caring and have the best personalities. Just take a look at Hopper. The 9-month old kitten was born without one ear and was dropped at the Alaska Humane Society as his family could no longer care for him. 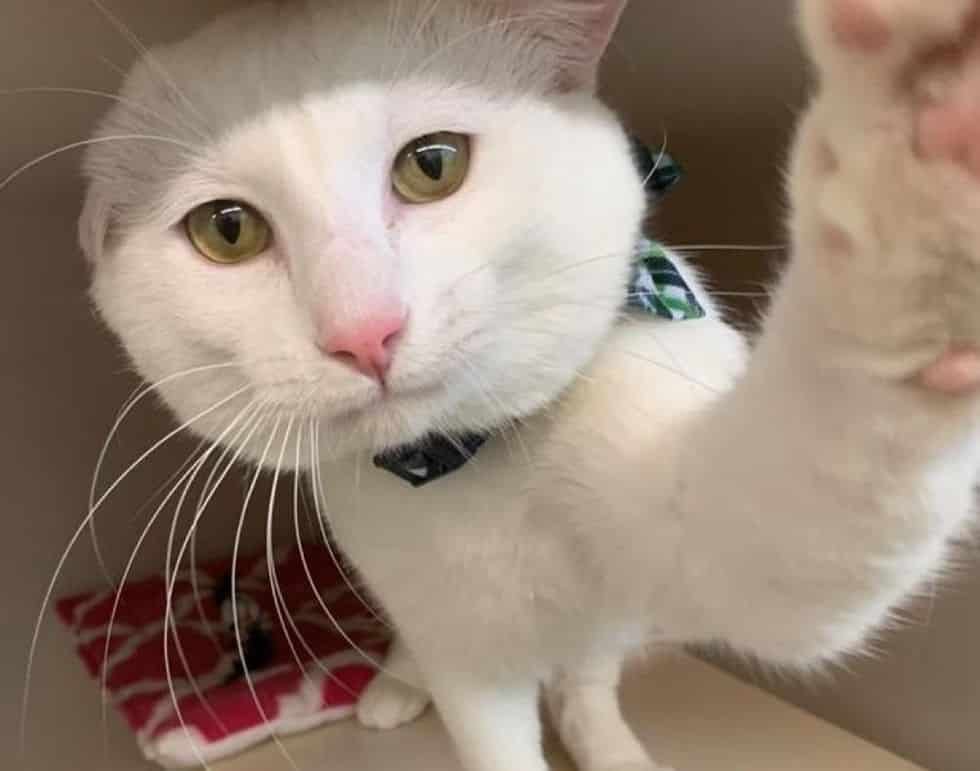 Hopper was neutered and vetted and later put up for adoption. The shelter had a difficult time finding the right home for hopper, and months passed without an adopter. However, Hopper wouldn’t let that bring him down. 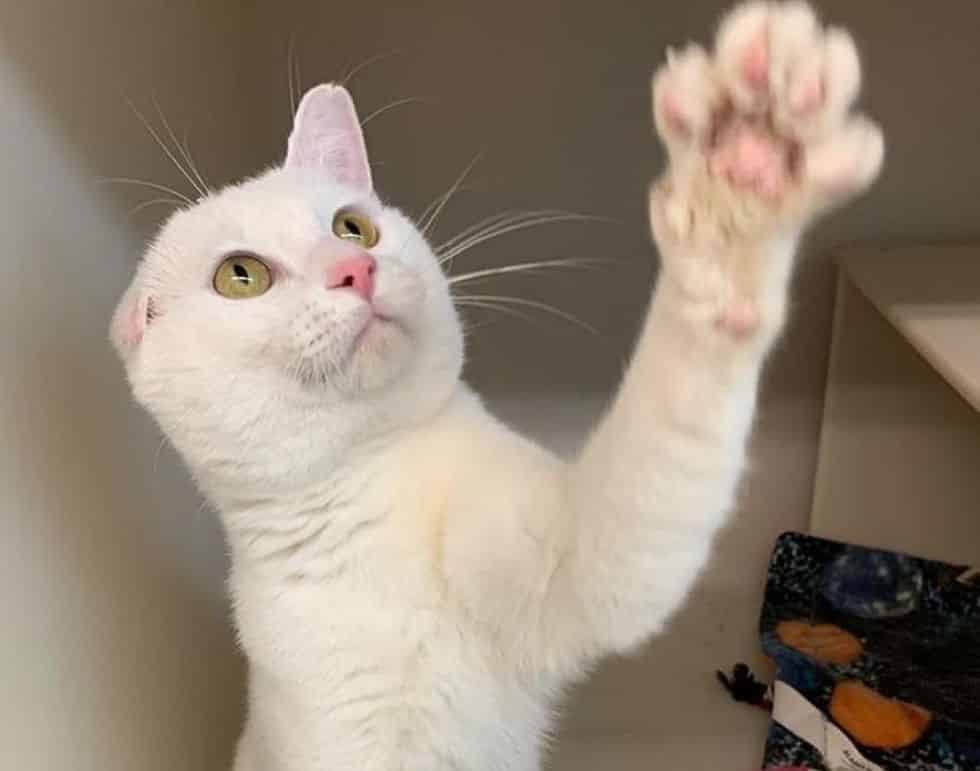 Seeing how no one wanted the one-eared kitten, the staff didn’t hold out hope. However, Hopper was ready to work on the case. The poor kitten started waving at each visitor that came to see him. This was seen as peculiar at first, but it soon became clear that it was Hopper’s way of trying to find a new home. 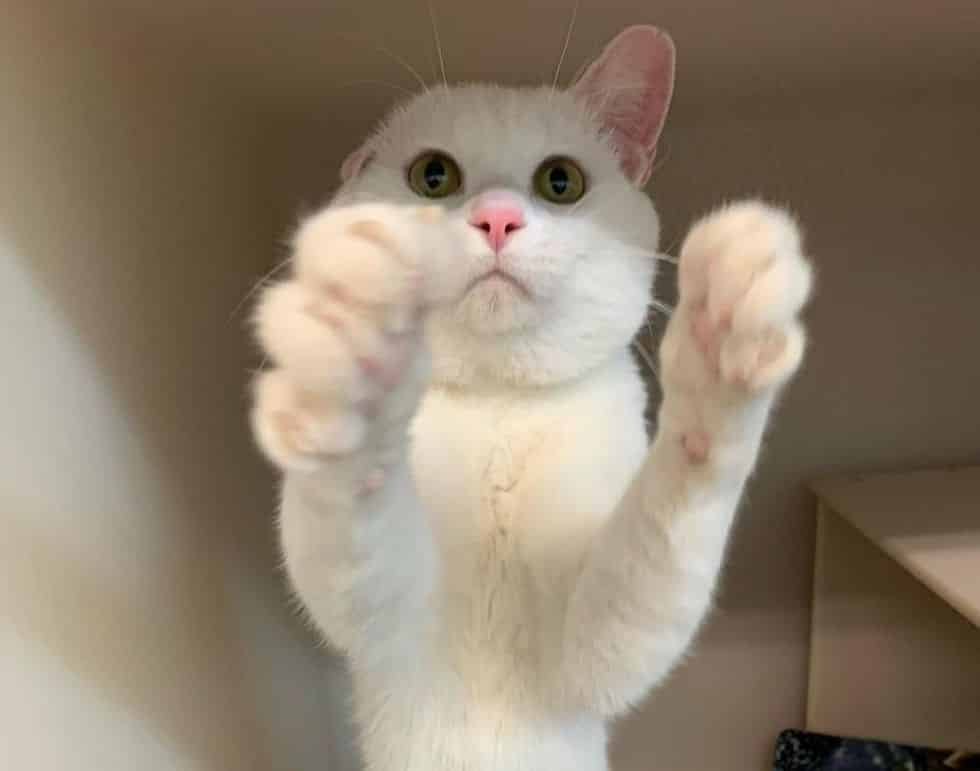 The malformation appeared to be from a previous injury and doesn’t affect Hopper’s quality of life. It doesn’t even bother him – he acts as a regular cat for his age. He’s the sweetest boy at the shelter and his little act booked his ticket for a new home. 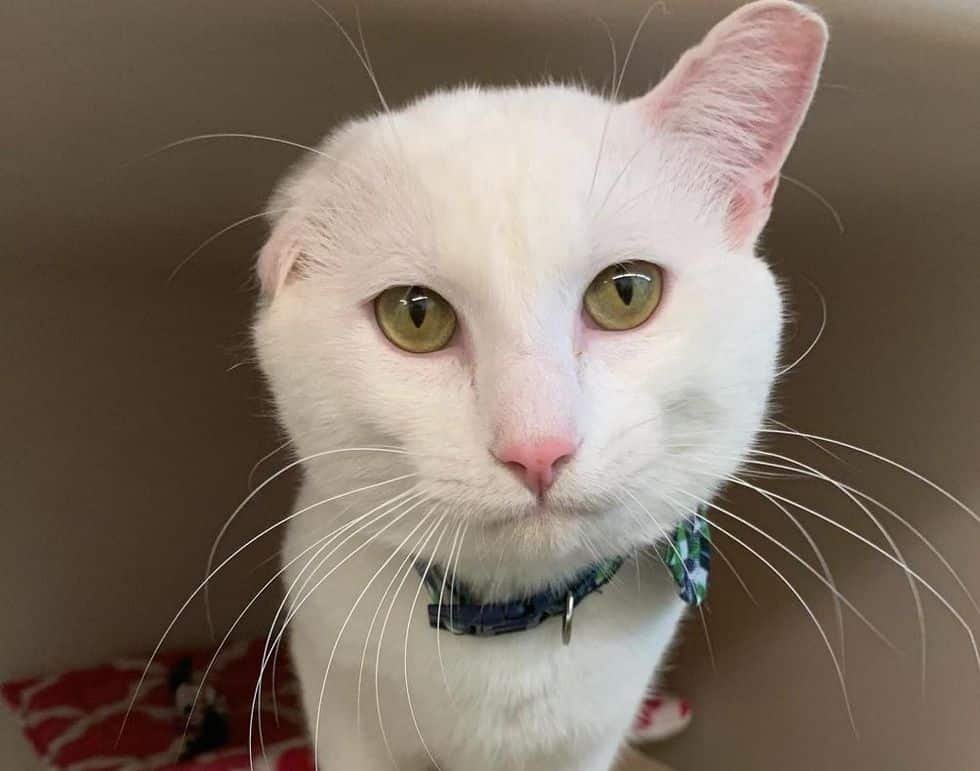 Hopper didn’t waste time to make friends with the volunteers and everyone who came to see him. The waving was enough for one couple from Alaska who couldn’t resist it. After checking out dozens of kittens, they were moved by Hopper’s gesture and immediately adopted him. 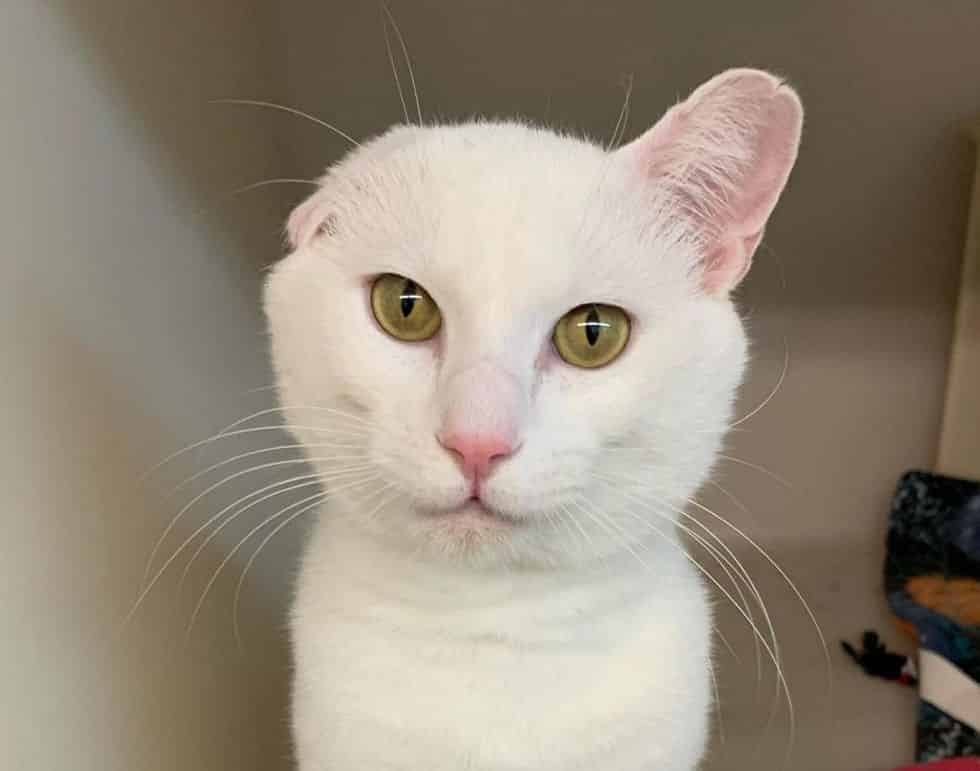 His act was more than enough for the couple. As soon as they entered the room, be got up on his hind legs and started waving his paws. They knew that Hopper would be their new pet. The couple didn’t care about the one ear at all – they found it a unique characteristic.

Hopper has now started a new chapter in life, proving that there is a home for cats with malformations.